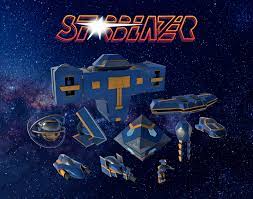 Thank you Starcade Arcade LLC for sending us this game to review!

Starblazer is a virtual reality real-time strategy game that uses rock-paper-scissors mechanics with the spaceship fleet’s strengths and weaknesses. Through the various matches you get to control a fleet of assigned or customized fleets and lead them to victory by taking out the enemy's mothership. There are multiple game modes with some being sillier than others. For example, the Smash Mode is perfect for people with the mindset of finding enjoyment in grabbing two spaceships and smashing them together just to see the explosion it causes. Another unique mode lets you tour your mothership from a first-person perspective.

The rest of the game modes revolve around two-player battles whether it’s against the computer or someone online. I did find an online match and was able to make quick work of my opponents with my limited abilities and skills, so your mileage may vary there. The AI has three difficulties: Easy, Medium, and Hard.

I recommend starting with the tutorial to learn the basic controls on how to move your commander and issue orders to your ships. To help you get acquainted with your ships there are twenty-six puzzle mode levels to show you the ropes. It has a significant difficulty spike on the eighth level.

There are many different kinds of ships with strengths and weaknesses that you have to take into account. Some of the defenseless ships include Seekers for scouting, Medics for healing, and Builders for construction ships (they can’t make more builders though!). Snipers are great for long distance attacking but cannot handle close combat attacks. On the flip side, Bruisers are great for powerful attacks but they are susceptible to the drill-like attacks of Splitters. Spectre’s can cloak ships but the disguise won’t trick Seekers. The Fighters are your average ship when it comes to speed, firepower, and durability. You can design and customize various fleets to your liking.

Besides the Puzzle and Versus modes is the Infinity Mode where you get to see how many waves of enemies you can survive. The better you do, the more Steam achievements you can earn. In total, there are twenty-four achievements to earn. You will also increase your play rank by playing various matches. This player rank can help you find suitable opponents online with similar experience levels. 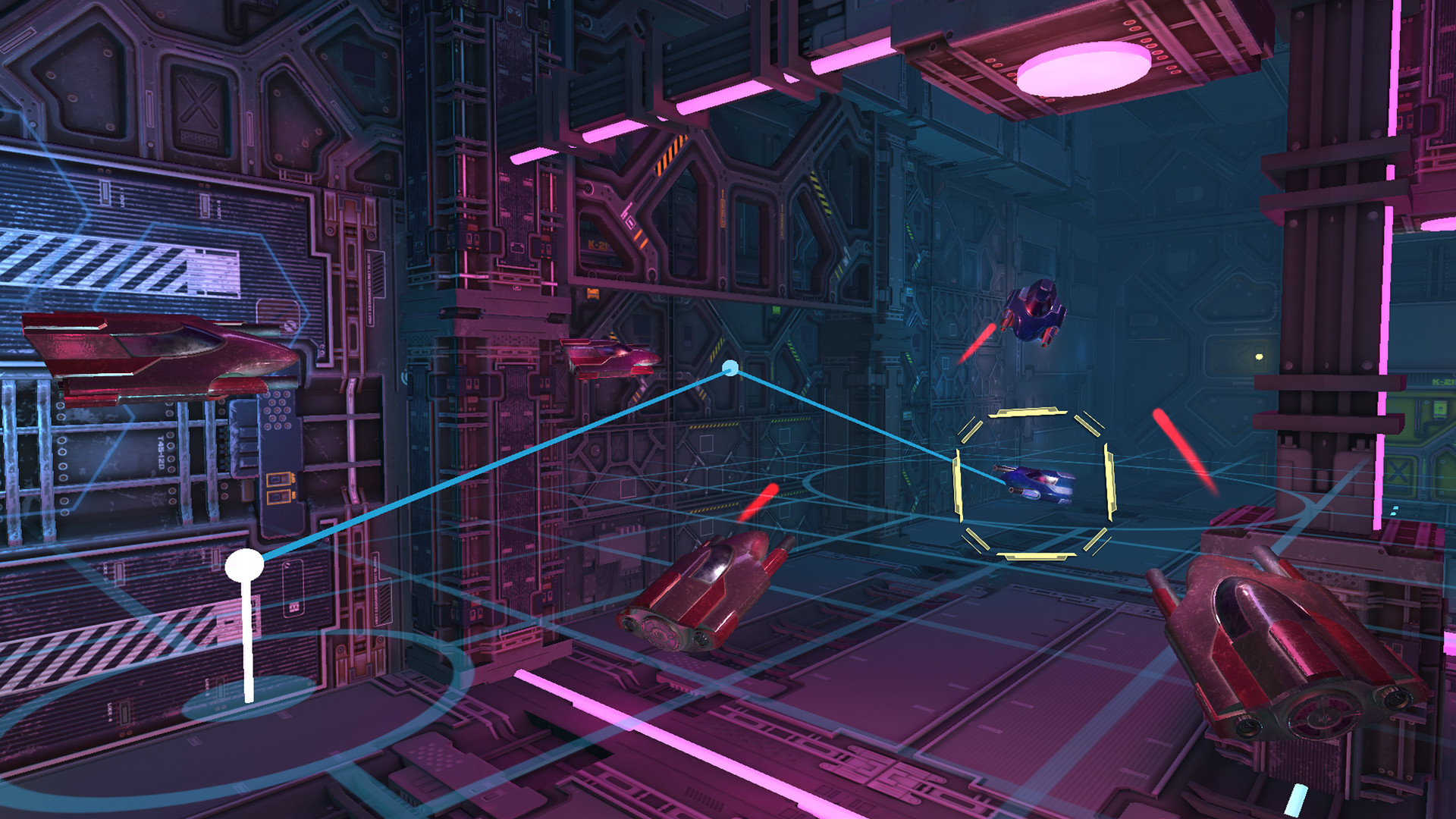 As fun as this game is, I did experience a few control issues. The escape menu tends to move around a bit and adds an unintended Hide-And-Seek mini-game. The ship controls can be a bit wonky at times and in one of the versus battles, it was extended by a couple of minutes as I a struggling to have my ships capture the ejected enemy commander floating in space. Getting ships to get to the commander instead of past him took significant effort. After a few attempts, I was able to emerge victorious.

There are five maps and some of them are bigger than others. I preferred the smaller ones so I would only have worry about attacks from a single direction. Visually this game looks good and the interface is intuitive if you can find the menus!

The background music is well done and seems to be inspired by John William’s Star Wars pieces. The voiceovers and sound effects are decent too.

From an appropriateness perspective, it’s pretty clean. There’s ship to ship violence and explosions. That’s about it.

Starblazer doesn’t have a huge online community, but finding multiplayer games is possible. You may be able to find friends and arrange matches on the developer’s Discord server. The asking price of $9.99 is reasonable but I have seen this title as low as $2.49 and for that price, it’s a steal.