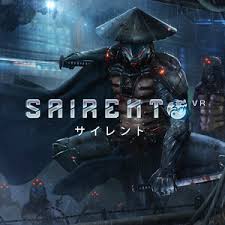 Thank you Mixed Realms for sending us this game to review!

Sairento VR is the first title to be released by Mixed Realms, a small studio based in Singapore. Their goal is to make a must-have VR ninja game. By the looks of this early access game, they are on their way to reaching that goal.

There’s not much of a story so far and in order to know what’s going on you’ll have to go to the game’s website or store page. This title takes place in Japan in the near future. You’re a cyber-ninja and a member of a group called the “Silent Ones”. Members of this group are trained in the long forsaken code and martial skills of ancient samurais and ninjas. Many of your comrades have become infected with a nano-virus and have turned against you. Besides taking them out, you’ll need to uncover the source of their corruption.

A story mode and multiplayer connectivity are promised to be included in the release version, which is set for the fall of 2017. The developers have been very active in patching this game and release a couple of updates a week. While the early access version is well polished and entertaining, I can’t wait to see what the final version will offer.

Strong Points: Fun gameplay and smooth controls
Weak Points: No story yet or much variety in enemies
Moral Warnings: Violence and bloodshed

The controls are tight and when you launch the game you’ll be asked to calibrate your standing height, crouching height, and hip position.  Grabbing the guns at my hips and katanas behind my shoulders felt both accurate and satisfying.  While dual wielding pistols is fun and all, I found that I tended to stay alive longer when I stuck with wielding katanas.   Unfortunately, not all of the enemies can be reached with the katanas alone.  For the floating fan-wielding geishas, you can use guns, bow and arrow, or throwing glaives.

Movement is pretty good and you can get around with the teleport system.  Double jumping and wall running are both possible.  I did not experience any motion sickness while playing this game.  I did break a sweat though! 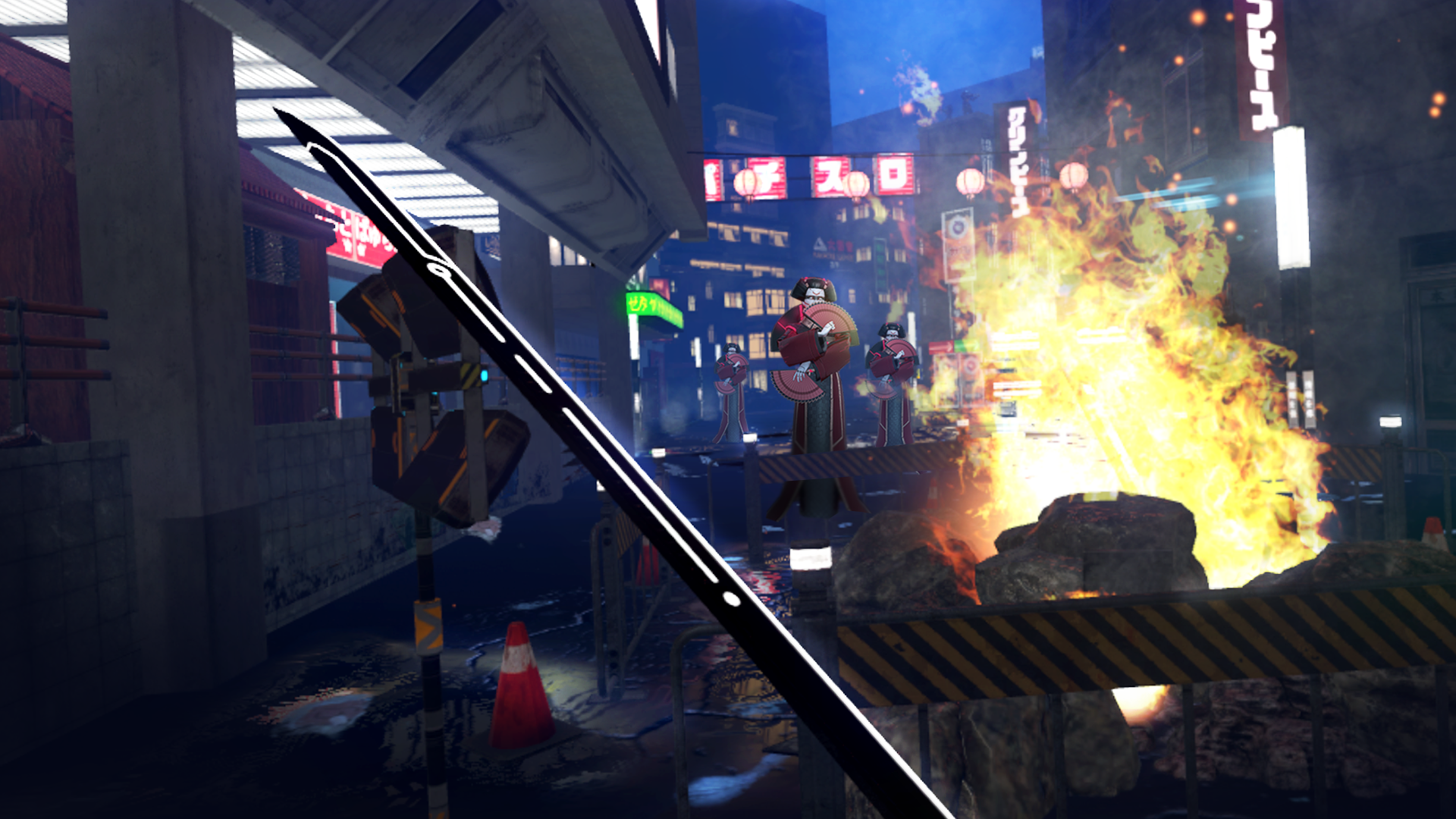 There are various mission types and they range from eliminating all of the enemies, to staying alive for a certain time period, to surviving a set number of enemy waves. The amount of damage you take and experience you earn depends on the difficulty level you choose. You can play on easy for less damage and experience or increase the damage to level up faster.

Besides earning money and experience in levels, you may also walk away with some pretty cool enchantments and upgrades for your weapons. After clearing a level of samurai warriors, robotic soldiers, or sumo wrestlers, be sure to open every treasure chest before heading back home.
Like any good samurai game, you can expect violence and lots of it. There is plenty of bloodshed and every swing of your katana will get the blood flowing out your opponents despite their semi-robotic state. Most of the enemies are adequately clothed. The Sumo wrestlers do show some skin but it’s heavily tattooed.

If you’ve always dreamed about being a ninja, Sairento VR is the closest you’ll come to it. I must warn you that you may look pretty goofy to outsiders while playing this game though. It’s well worth the $25 early access price and is getting timely updates from developers that listen to their user base. If you like action-heavy and fast paced VR games, then look no further than Sairento VR.