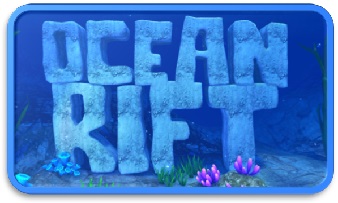 Thank you Llyr ap Cenydd for sending us a review code!

Ocean Rift was first released for the Gear VR in November of 2015.  It’s a casual sea exploration game where you can visit twelve different habitats of exotic and extinct sea creatures.     If you ever wanted to swim with dolphins, orca whales, manatees, or sea lions, you’ll probably enjoy this game.  Nothing can compare to swimming with them in real life, but this is a close second since you don’t have to worry about safety or oxygen levels.

The Gear VR has a built in touch pad for controls so the control scheme is pretty simple on the Oculus version.  There is support for both the Oculus remote and the Xbox One controller. Unfortunately, I had trouble maneuvering the game’s menu with the controller so I primarily used the remote.   The controller has more features when it comes to interacting with the animals, but I never was able to do much with them no matter how many times I pressed the B interact button.  The developer has shared video footage of the game with touch controls and I look forward to it! 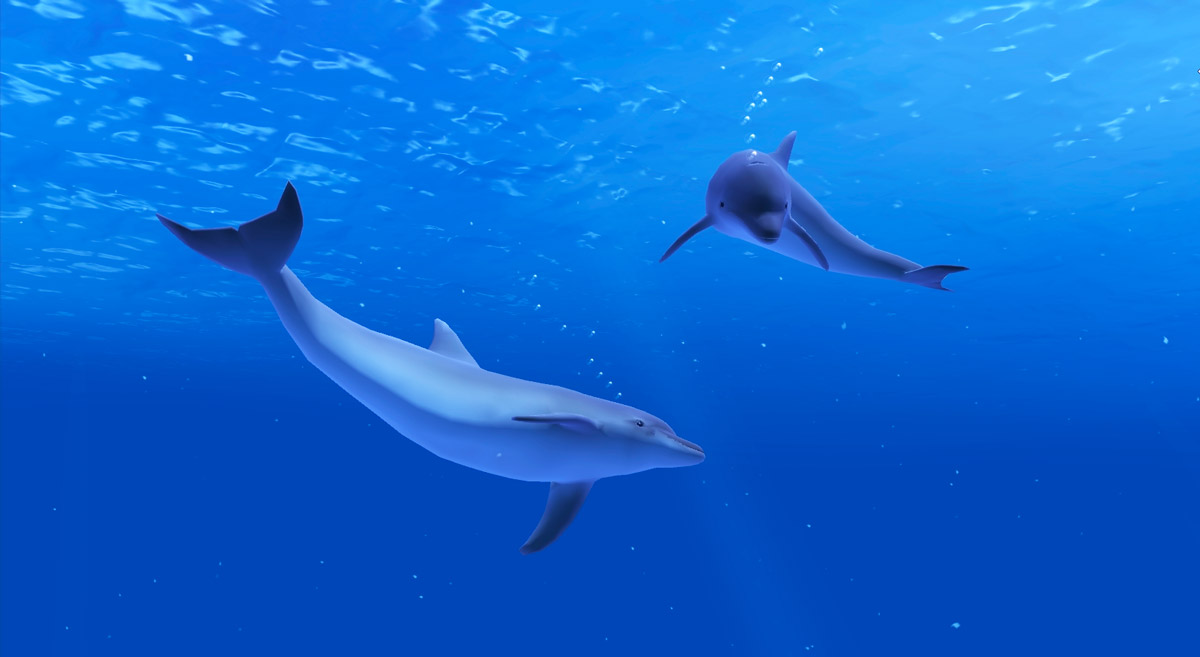 Strong Points: Virtually swim with exotic and extinct creatures
Weak Points: Not much interaction with the animals; some of the water is too cloudy to locate creatures
Moral Warnings: None!

Some of the habitats have hoops, rings, and dead fish for the animals to interact with, but throughout my adventures I felt like nothing more than an observer.   The environments for the most part look great with the sunken ships, columns, and statues on the sea floor.  However, the prehistoric habitat for the pliosaurus is very murky and it took me a few tries before I was able to actually find it.    I was able to find other living creatures like squids and giant snails.

The most unique habitat is the deep sea one which is dark and illuminated by glowing jelly fish.  You can bump into them as much as you like since there is no penalty or pain in doing so.  The great white shark habitat has you in a diving cage and some small fish will swim in there to keep you company while the shark swims by and bumps into it.  I tried handing off my Rift to my kids in this level and it didn’t seem to faze them at all.  Some people may get a jump out of it though. 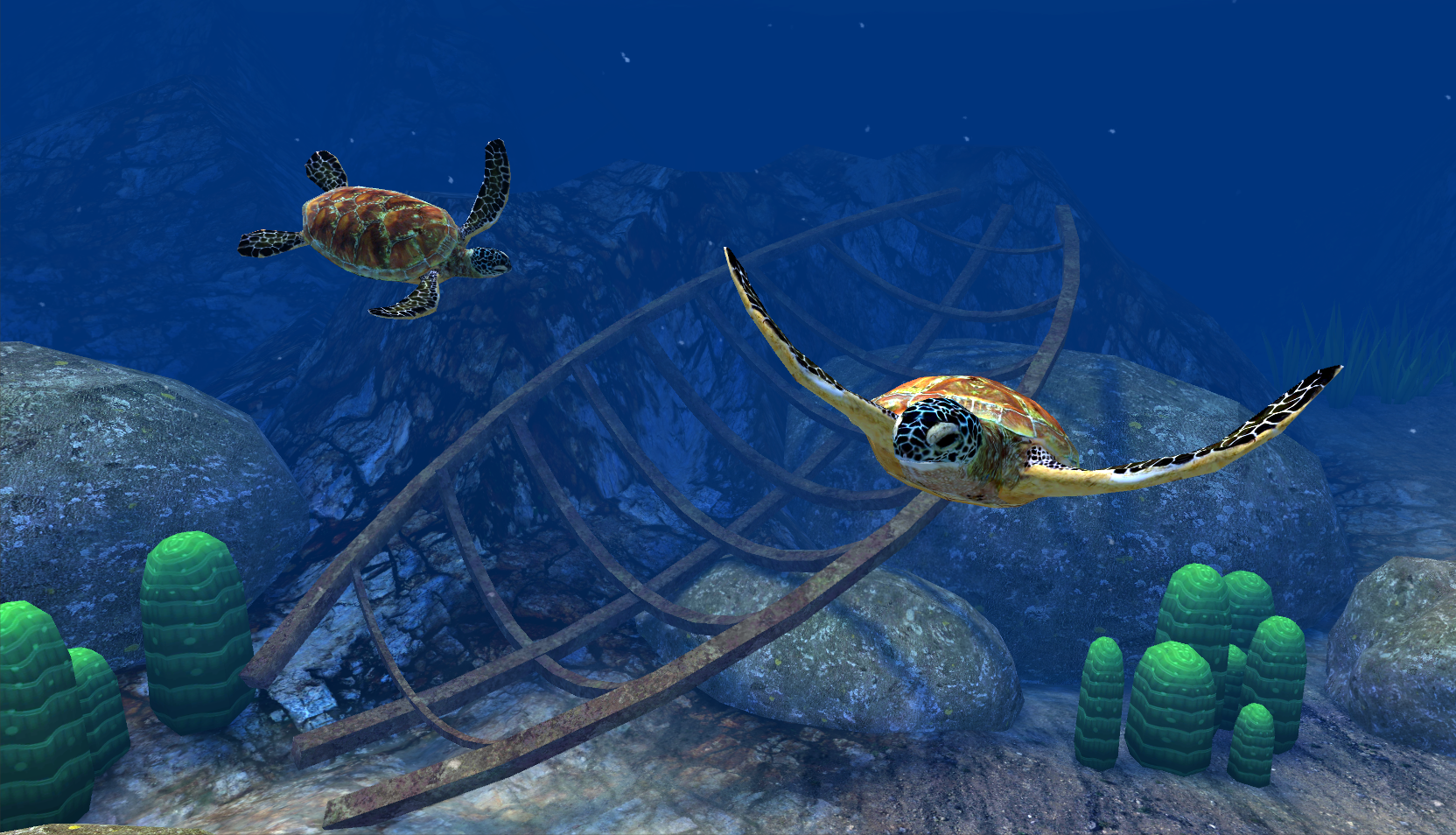 Other animals you can swim with include hump back whales, reef sharks, sea turtles, and sea snakes.  The swimming motions are fluid and the creatures all look realistic.  Many of the animals can go up to the surface for air, but it’s not allowed for the player.

You can bump into some of the animals and doing so shows mixed results.  Sometimes it looked natural and other times I was able to see inside of the models.  When swimming into a manatee I saw their eyeballs floating inside of it.

Ocean Rift is safe for marine animal lovers of all ages.  There’s a fair amount of environments to explore, but the $10 price tag seems a bit steep for an application that quickly loses its appeal.  While it looks and runs nice, without animal interaction it’s not much more than a virtual reality screen saver.  The website has some links to demos worth checking out.   If you love the notion of swimming with dolphins, sea lions, and manatees then this title is worth considering when it goes on sale.