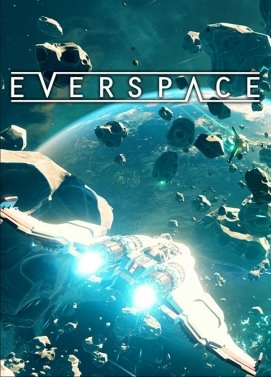 Thank you ROCKFISH games for the review code.

Today's game is a mixed bag of tasty goodies and pennies in your Halloween bag. For everything this game did that made me clap my hands in excitement, it also made me go “awww” in disappointment. This game is a real fifty-fifty for me, so let's fly right into the 6 Degrees Of Freedom space shooter EVERSPACE.

EVERSPACE puts you in the role of a pilot with no memory, only a goal to go forward; the story of the game is told in flashbacks and NPC interactions. You'll learn more about the pilot as you move forward. You'll be met with waves of enemies in each location to fight against as well as ruined ships and meteors to explore. You'll mine gathering points as well as taking useful materials from defeated enemy ships. Materials you gather can be used to craft new equipment and upgrades as you progress. If you die in a run, money you earned can be spent to upgrade your ship's stats or to buy a new ship. Keep in mind if you die, you'll have to start at the beginning with only the upgrades you purchased; upgrades are the only things that carry over to new playthroughs. 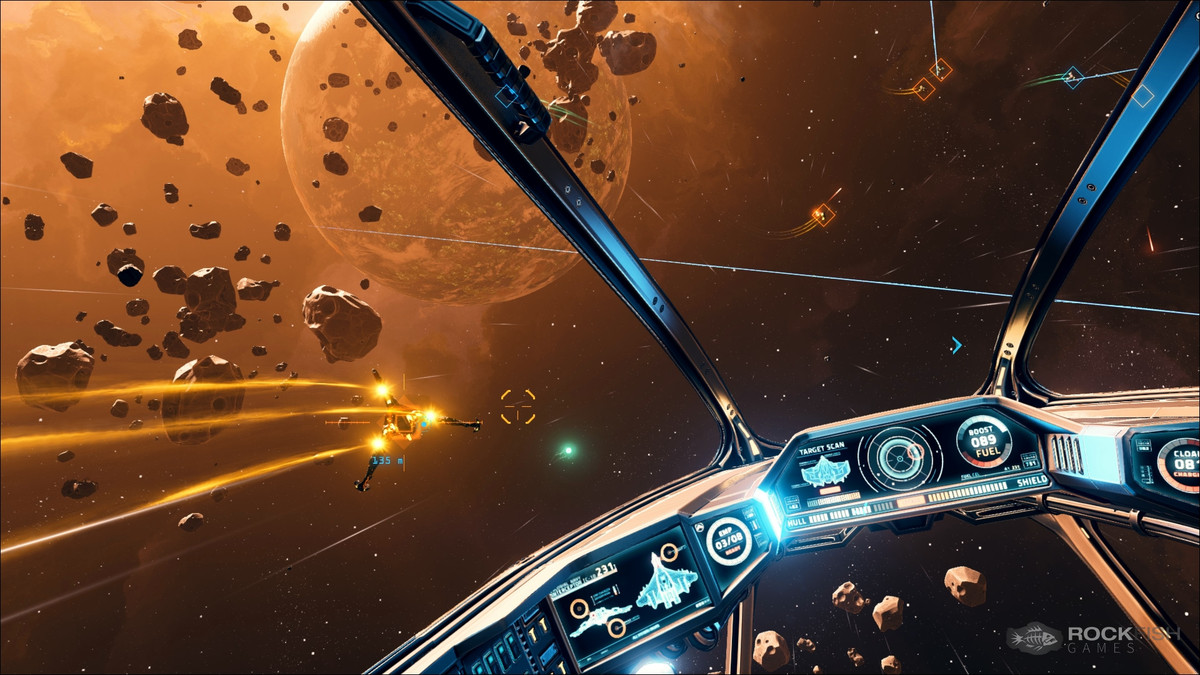 Strong Points: Keyboard controls are excellent and the ship controls like a dream. The game is challenging but fair.
Weak Points: You'll lose part of the control on a gamepad. The variation in enemies and activities is low. Vr controls are at least slightly improved from a normal gamepad.
Moral Warnings: Exploding ships are the only moral problem this game may have.

The controls are amazing for this sort of game; the ship can move in each and every direction at every angle fluidly. Barrel rolls, 360 degree strafing and hovering around obstacles or exploring meteors are easy with these controls. However, controller support is rather bare bones. I tried to play with an Xbox controller. The flight feels a bit awkward on a controller. It reminded me of those old Star Wars ship flight games. You'll have a better time with keyboard and mouse just like the Steam page recommends.

The environment and entire game world keeps you immersed: you'll find yourself relaxed as you try to survive the endless waves of enemies and explore the vastness of space. Sadly some of that relaxed state comes from the repetitive nature of the game. A quick note for readers: for me personally, I don't always mind repetitive games. Many of my favorite games are Rogue-lites and games with a purposeful repetitive design such as Monster Hunter. While some people may want me to dock points on EVERSPACE for its repetitive nature, I can't. However what I will dock the game for is variation. The game's enemies have no unique aspects as you progress. While there are factions in this game, aside from names you're just avoiding lasers and missiles. Variation also lacks in ship customization. While you have one of three options you can purchase with in game currency, the ships only vary in the upgrades you can get. 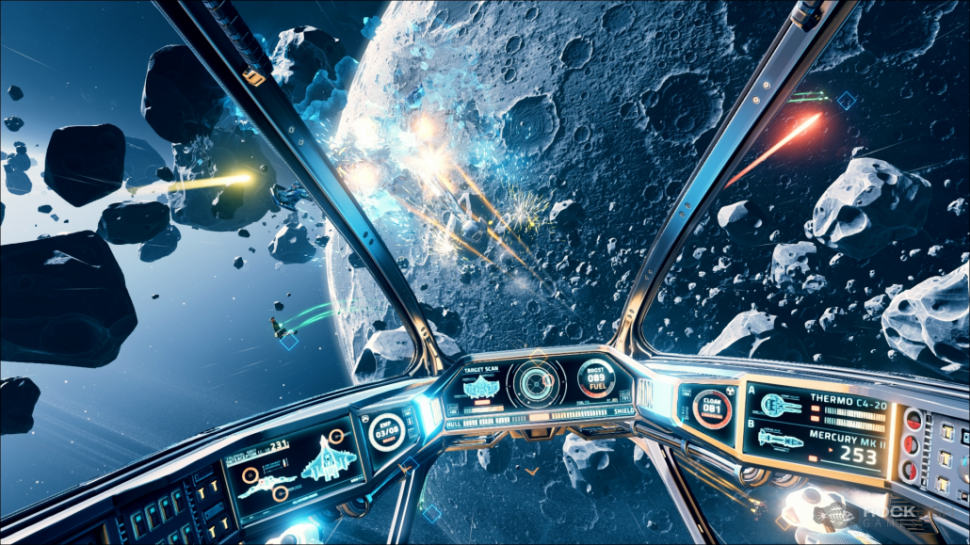 On the one hand, your available upgrades are the usual standard fare in Rogue-lite games: critical hit chances, new equipment slots or things like that. However the game is balanced in a way where you can beat the entire game without a single upgrade. This game rewards skill first, and any strategy you come up with will be that of a pilot improving their own skills, not “hey what upgrade am I going to buy when I die?” For the hardy gamer you can access a hardcore mode for additional challenge after you beat the game the first time. This game also supports VR experiences.

So a quick note for readers, I did have a short time with the VR mode of this game. Not only was the time short but this is my first VR experience. The camera moved smoothly with my head, I had no lag or jarring motions that would cause motion sickness. The controls for the game were smooth like the keyboard controls.

Exploding ships are the only real problem you'll have with morality. You won't have issues in the way of dialogue or visuals.

While it felt like a game that could have been perfect, EVERSPACE is still worth a purchase. It may not appeal to everyone but it's designed to teach everyone how to soar through space. Even if you have to avoid lasers at every turn.