Mega Man is one of the most ubiquitous series in video gaming. Since the original 1987 NES game, the franchise has found its way onto every single gaming platform in some way or another, re-invented itself a few times, and tried alternative genres. Mega Man Legacy Collection brings the six NES-era mainline titles together in a form ready to be enjoyed by a new generation of gamers.

The storyline is a simple affair. You play as Mega Man and fight against Dr. Wily’s armies of robots and his plans of world domination. There’s a bit more to the story if you want to delve into it, but suffice it to say that you’re not really here for the plot. All six games follow the same pattern of fighting a gallery of Robot Masters with their themed stages, followed by an infiltration of the villain’s fortress.

Gameplay is fairly simple – run, jump, and shoot your way through the various levels. You have a button to jump and a button to shoot. Level selection is quite open for a game of its time, and Mega Man can choose to take on the Robot Masters in any order. From the beginning, Mega Man level design has made deft use of platforming challenges such as moving platforms, appearing blocks, falling platforms, timing challenges, and more. MM3 (Mega Man 3) adds sliding and MM4 adds charged shots. Defeating a boss allows Mega Man to absorb their special weapon and use it against other Robot Masters, and bosses and enemies have their own sets of weaknesses and resistances to various weapons like an elaborate game of rock-paper-scissors. It’s a simple formula that has stood the test of time. The Legacy collection also adds a rapid-fire option to these games, allowing players to fire off devastating salvos at point blank ranges.

The graphics and sounds are the same as they were on the original NES with all their beeps and boops, being run through what is ostensibly an emulation layer. The sprite work may be dated by modern resolutions, but they still have their simple charm and clarity. Mega Man games are also known for serving up many memorable level themes across their entire corpus of work, and I have no doubt these classic tunes will become earworms for a lot of new players.

I adored these games as a child, making my way through and defeating Wily with much fervour, but the wisdom of years and the improvements in game design certainly exposes a number of flaws in these games, especially when contrasted against the faux-retro entries from MM9 onwards. MM1 is unreasonably difficult in some parts. MM2’s Metal Blade special weapon is ridiculously powerful and warps the game’s balance around it. MM4 to MM6 have very lacklustre special weapon designs, and in tandem with the power of Mega Buster charge shots, similarly warps the game balance the other way in favour of almost exclusively relying on basic shots. In any event, MM1-3 are much better entries overall than MM4-6. 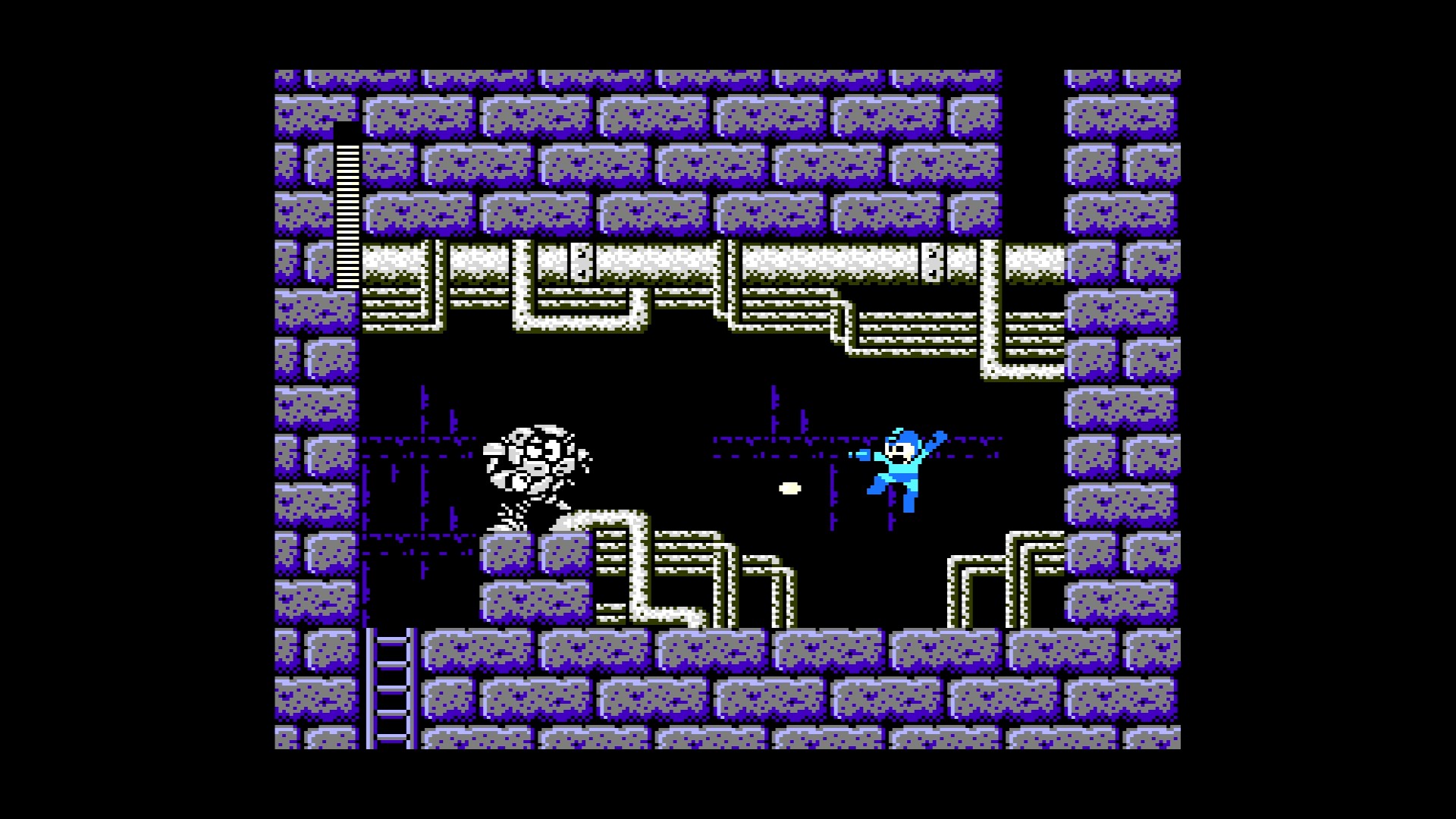 If that were all the Legacy Collection had to offer, it would make a fine purchase, but there are various improvements made using modern notions of game design. The most significant of these is the Save/Load function, making it quite convenient to drop the game and come back later, although you can still use the original password systems if you feel like it. Players also have access to a rewind function. If you’re a terrible player, every mistake can be undone by holding the rewind button for a few seconds, and the length of time recorded is extremely generous. This is especially useful for MM1, due to several of the bosses being insanely difficult. Each game also comes with a sizeable gallery of original concept sketches, discarded drawings, and dossiers for every enemy. Finally, there is a gauntlet of around 50 challenges that mix up various rooms from the component games, and challenges players to compete for the fastest times on a leaderboard.

On the moral side of things, Mega Man is a robot shooting robots. There’s definitely some violence here, but it’s not gratuitous. There’s no blood or gore in sight, just a lot of small and large 8-bit explosions from a lot of “robotic animals.” The few actual humans that do appear in the game are also never the target of any violence. Language and sexual content are perfectly clean. There are some minor occult references. Skull Man (MM4) has undertones of undead and zombies in his thematic. Pharaoh Man evokes the Pharaohs of ancient Egypt, rulers that claimed their right to rule by being descended from gods. Centaur Man’s design draws from Greek mythology. Overall, the game is fairly light on moral content.

Mega Man Legacy Collection is a fun romp through the series’ origins. Whether you’re after a nostalgic hit or a sampling of solid 8-bit platform action, the six games contained offer a solid 8 hours of fun, and an important slice of gaming history.