Kingdoms of Amalur: Re-Reckoning, true to their promise has released the DLC Fatesworn. The DLC adds about 8 to 15 hours of gameplay to renew people's interest in a game that a lot of people played for many hours already. Fatesworn takes place after the story ends for Kingdoms of Amalur: Re-Reckoning and in order the play the DLC the player must already own the full game.

As the already victorious hero, the main character searching through their pack, finds a mysterious letter telling of some worrisome discovery and would like the meet them. And as any heroic person would, the main character heads in that direction to find new adventure. As they travel throughout the land, they will find side-quests galore, enough to keep them saving people and subduing bandits for many in-game days to come.

Fatesworn has expanded on the storyline from the main game, giving people more time to play their already developed characters. They have increased the level cap to 50, while also including a new skill tree and some new weapon types. The storyline is extremely well done, it kept me entertained for hours. Learning of the history of the location and how people are handling these lands that have not been accessible for many years and what has been going on with people that were stranded there during that time as well. The DLC also provides a satisfying ending to a story that has been left open ended since 2012. 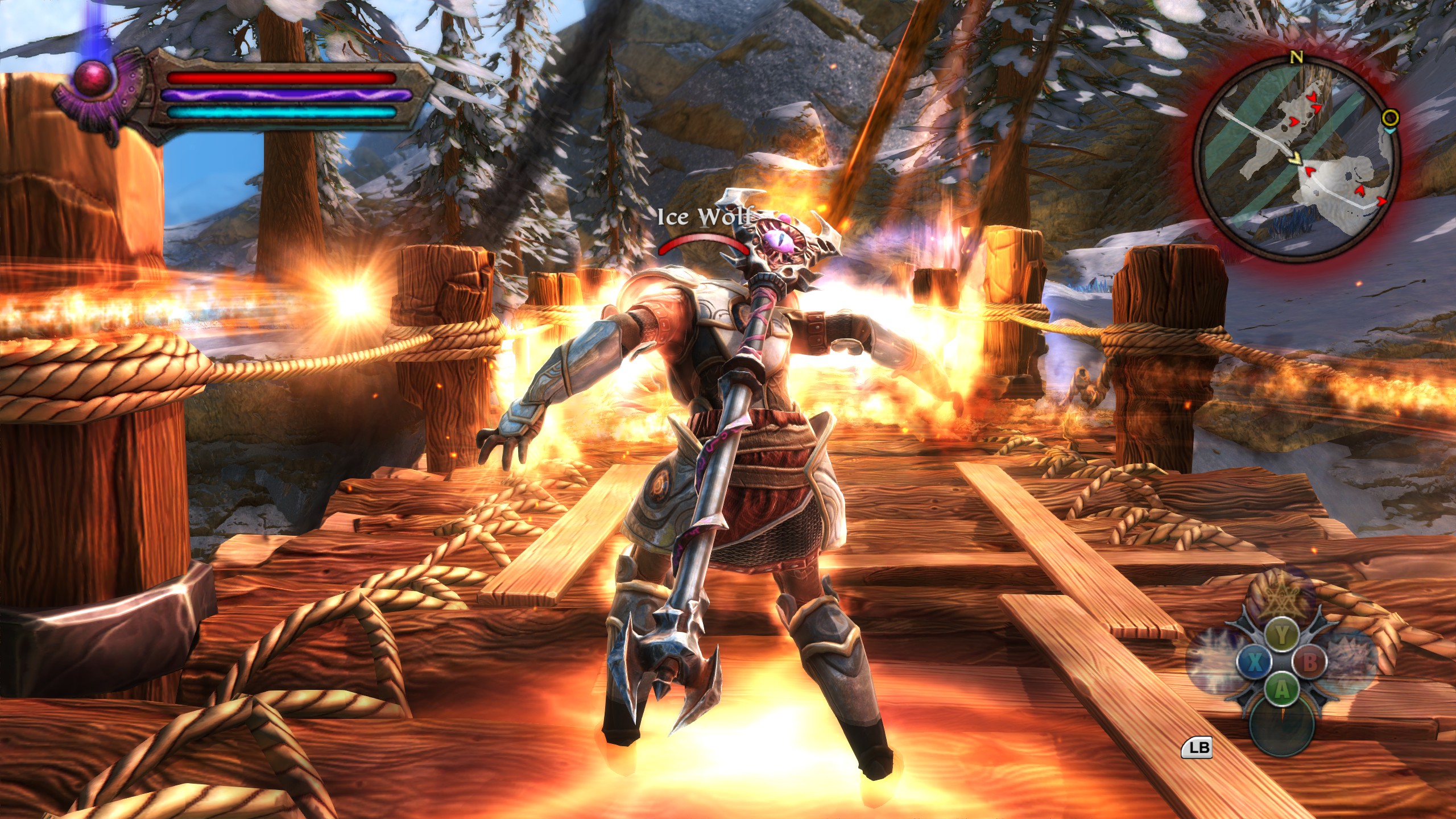 The gameplay is almost exactly the same as the main game, though it does add a new element is explained later during the storyline. Since it is a direct continuation of the original, there is no character creation involved other than what is found in the main game which can be explained in the Kingdoms of Amalur review. That being said, if the player spends enough time doing all the side quests they will become very overpowered; after finding that the game becomes very easy other than in boss fights.

Graphically, the game looks very beautiful with the enhanced graphics brought about in the Kingdoms of Amalur: Re-Reckoning. The scenery was well done, and the views from certain locations are aesthetically pleasing. However, the developers did not have many changes to the DLC so if you have already played Kingdoms of Amalur: Re-Reckoning, you will not see much in the way of graphical differences.

The soundtrack is amazing, as the music always seemed to fit the current situation the main character was in; whether with battles or just running around the new map exploring the places that have never before been explored except by some monsters. The soundtrack was made by the famous composer Grant Kirkhope who made soundtracks for games like GoldenEye and Banjo-Kazooie. If anything, the soundtrack made this playthrough worth the time. 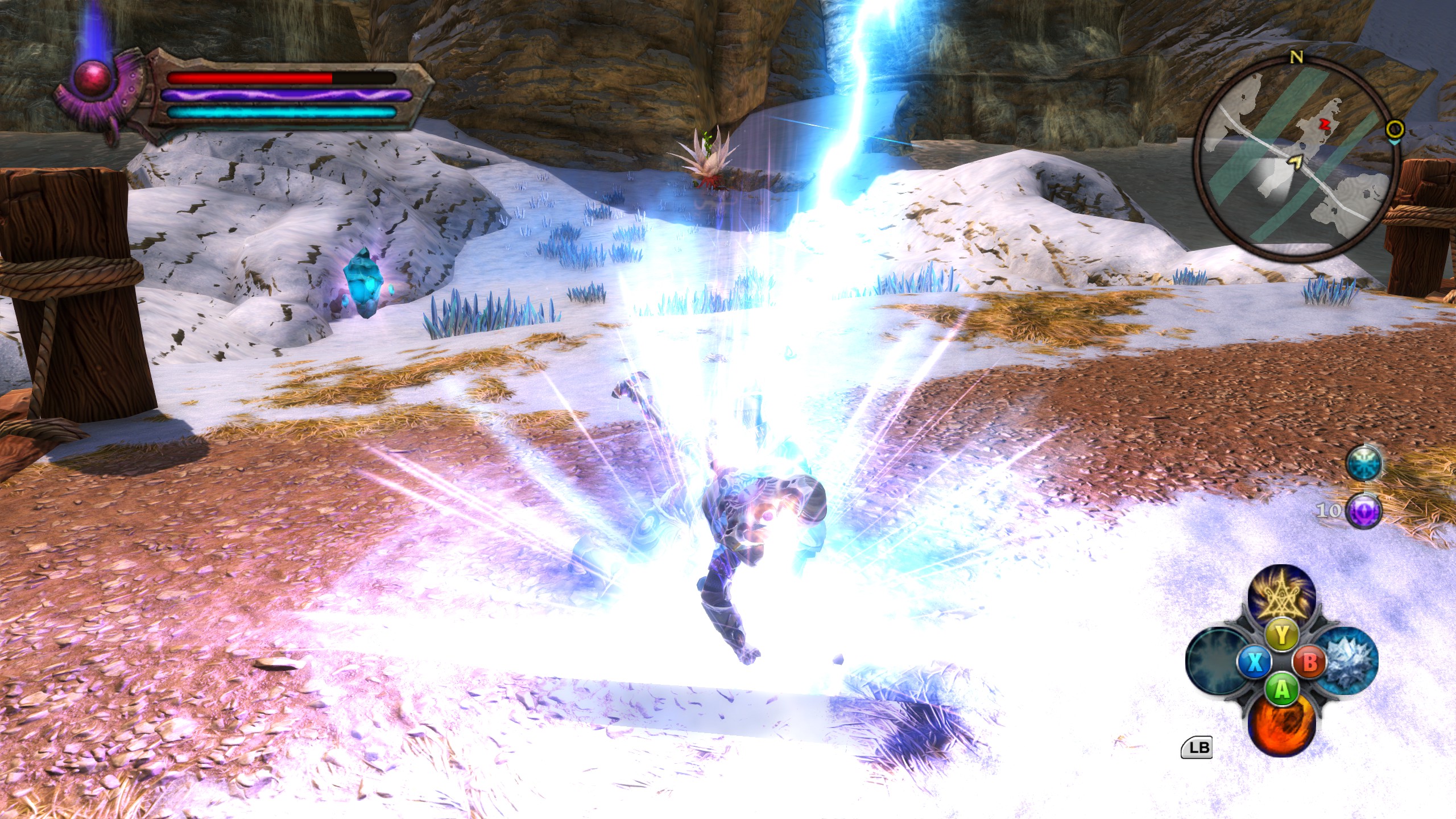 There were a few bugs that I ran through in my play-through. The first being, there is a bug that upon researching I found was also in the main game. If you left loot unclaimed, after too much loot is left around the system has issues generating more loot and when it tries, the game will crash. The only way to fix the issue is to try to find the areas that have the leftover loot and pick it up. Another issue I found was that I accidentally killed a special monster before I picked up a quest and I could not finish the quest because I could never get the creature to respawn. Lastly, I found that there were a few quests that couldn't be completed unless the player had certain skills up to a certain level.

Morally, the content is exactly the same as the main. There is minor language like b***h and h*ll. It also includes violence with blood, magic and magical symbols. There is also mentions of gods and one even possess an NPC in the DLC.

In summary, Fatesworn is definitely a worthwhile DLC to add on to an already enjoyable game. While it does suffer some of the same setbacks of Kingdoms of Amalur: Re-Reckoning, it brings enough new content to make it very entertaining. If you enjoy RPGs and storyline, this DLC and even the Kingdoms of Amalur: Re-Reckoning is definitely worth picking up. As always, consider any appropriateness issues before making a choice as to play this game or not, but if the things mentioned do not bother you, then I think this would definitely be a good choice for any RPG fan.