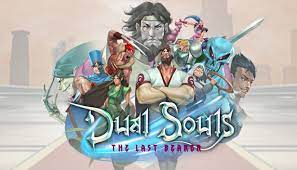 Thank you Stun Games for sending us this game and DLC to review!

Dual Souls: The Last Bearer has an interesting history. It all starts with a Game Boy Advance title from 2002 called Dual Blades. This is an obscure 2D side-by-side fighting game that released in Japan and North America. They produced, but never released, an EU version as well. In 2013, Slashers: The Power Battle was released, on both Steam and mobile platforms. This is the sequel to Dual Blades, as many of the characters were carried forward, but rather than use a classic pixel art style, it used flash-style art, where characters are drawn skeletally instead of via pixels. Dual Souls: The Last Bearer is the sequel to Slashers, and uses updated and higher-resolution art assets, but follows the similar art style of Slashers: The Power Battle. Interestingly, while Slashers: The Power Battle was pulled from Steam, it is included, along with the unreleased EU version of Dual Blades, if you buy the Complete Edition DLC for Dual Souls: The Last Bearer.

As I mentioned before, all of these games are 2D side-by-side fighting games, where you choose a character and beat your opponents up with punches, kicks, and various weapon-based attacks to bring their health bar to zero. Of course, they are trying to do the same to you. It follows in the footsteps of the classic Street Fighter series, which set the standard for the genre several decades ago. It also borrows some ideas from Samurai Shodown, Last Blade, and Guilty Gear. This all adds up to a game that's fast, but has notable layers of strategy, like many of its inspirations. For example, there is a block and counter mechanic, as well as recovery and breaks. I typically play fighting games for fun, and focus less on technique, so I don't usually pay that much attention to mechanics like these, but they are certainly there for you to learn.

Strong Points: Solid fighting game mechanics with a fair amount of depth; lots of activities to encourage replays; online community still active; native macOS and Linux versions!
Weak Points: Graphics and sound are mediocre; DLC not supported on macOS or Linux; Steam Cloud works strangely between platforms
Moral Warnings: Fantasy violence, as you beat up your opponents with various weapons, kicks, and magical attacks; some blood and gore, which can be disabled; minor curse words like 'h*ll' and 'd*mn'; one female fighter has a fairly short karate gi; one character refers to himself as a devil and uses dark magic

And learn you certainly can. There are hundreds of various forms of tutorials; everything from basic mechanics to combo training to specific enemy challenges are all present and accounted for in Dual Souls: The Last Bearer. You can tell that the developers really understand fighting games and made these to appeal to those who do, too. On top of the training modes, there is an in-game currency system that I would consider good and bad. It's good, in that it gives you a reason to keep playing, and it's clear that it's inspired by the mobile versions. And yet, it also feels a bit tedious, because in order to unlock or upgrade your Journey mode characters, which is where you are likely to spend most of your currency, you have to spend quite a lot of time in there to earn much. It's not a bad system, and it definitely encourages playing the training modes and learning how to get good - those modes pay handsomely. It's just a different approach than most fighting games take these days.

The animations are generally of decent quality, especially for melee characters. However, some of them seem to move a bit unnaturally, in particular, I felt Rungard's staff floats in a rather odd way. The graphics have a simple art style, which is more cartoony than anime, and isn't bad, but I can see it being in a style that's not for everyone. The sound effects are acceptable, but my son who played with me didn't like them. It was tricky getting a PS4 and Xbox controller to work together, but a lot of games have issues with that, so I'm not sure it's Dual Souls' fault. 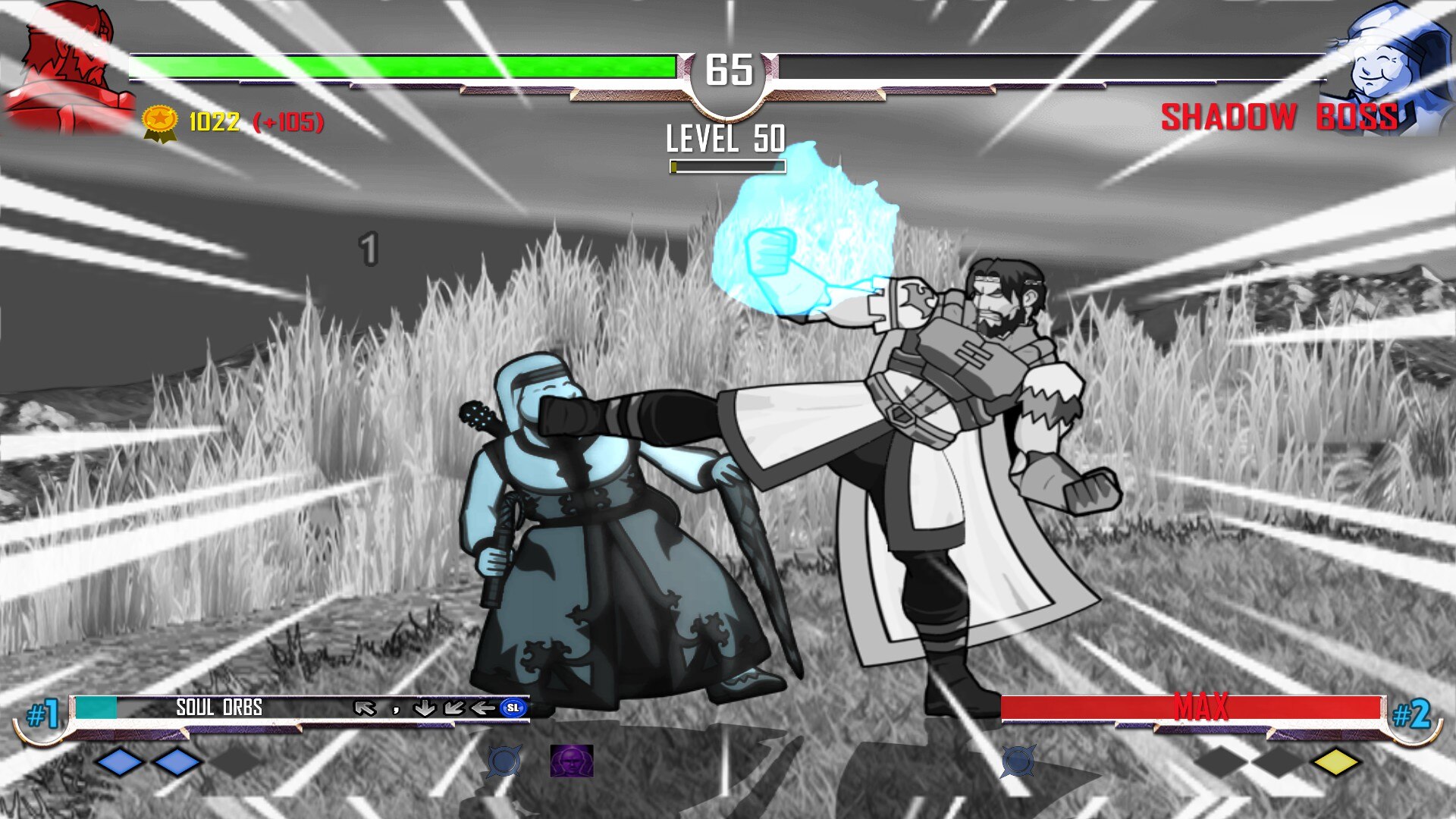 I really love and appreciate that the game supports my favorite operating system, Linux. However, certain features are missing; primarily, the game's Steam Cloud support is finicky if you switch between operating systems (Windows and Linux). If you do this regularly like I do, I would recommend using Proton to play this game instead, and just play the Windows version in Linux. Doing this, I was also able to play both included bonus games, the GBA Dual Blades, and Slashers: The Power Battle, in Linux via Steam's Proton. I believe that offering a native Linux version is great, but extra testing for compatibility, or just bundling in a supported version of Wine (or Proton) is also an approach that could make more sense if the developer doesn't feel comfortable debugging the native Linux version to be feature equivalent.

Morally, it's mostly typical to the genre; there is a lot of one-on-one combat, with the expected violence that comes with that. There is occasional blood, and some characters have a finishing move that cuts the opponent in half, though it's not gory at all. These can be disabled in the options. Curse words like 'd*mn' and 'h*ll' are used. Outside of one woman who wears a rather short karate gi, they are all dressed modestly. One of the fighters calls himself a devil, and fights using dark magic.

Overall, Dual Souls: The Last Bearer is a quirky but solid 2D fighting game for those looking for something a bit off the mainstream. The art is not to everyone's taste, the music is fine but unremarkable, and the character variety is pretty standard. But the moveset and technical competence is definitely there, and the Complete Edition DLC is probably worth the extra money (if you run Windows), in my opinion. Overall, the price is definitely right, so if you happen to remember Dual Blades, or are curious what a small team can do that's been making fighting games for a couple of decades now, I think Dual Souls: The Last Bearer is worth a look. To my surprise, people still play this game online!