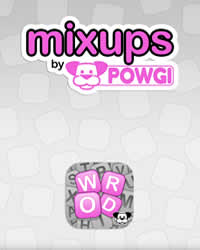 Thank you Lightwood Games for sending us this title to review!

Now that the Vita is no longer being manufactured, this could very well be one of our final game reviews for this portable handheld gaming system. Thankfully, Mixups by POWGI is cross-buy so you can play it on the PS4 or the Vita with a single purchase. I prefer to game on the go so this review is based on the Vita version.

We have reviewed the Wii U and Switch versions of Word Puzzles by POWGI. Mixups was one of the many mini-games in that collection. Now it’s a standalone title with six hundred themed puzzles to solve.

There are one hundred and twenty themes with roughly six puzzles in each one. You can resume at any time without having to restart from the first puzzle. This is a great game to consider when you’re waiting in line at the doctor’s office or for your favorite rollercoaster. 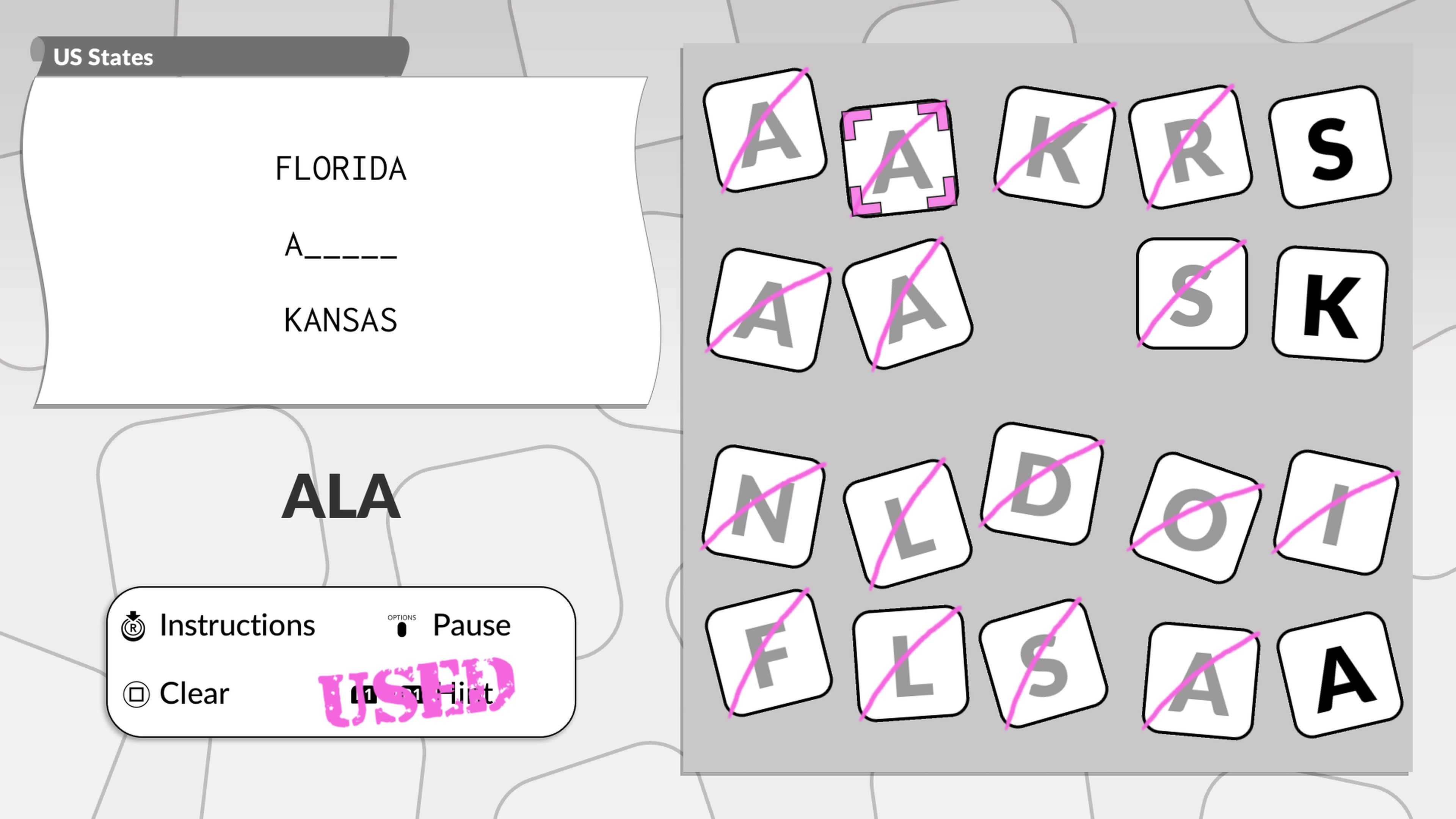 Strong Points: 600 brain-bending puzzles to solve; hint system; cross-buy
Weak Points: Had to use a search engine to solve some of the mixups
Moral Warnings: None!

If you’re new to the game, the goal is simple. You have to figure out the three themed words by using the available letters only once. When a word is solved, the letters are no longer available for the remaining words. If you need a hint you can press the left and right shoulder buttons and the first letter of the word(s) will be revealed. Even with a hint provided, I was not able to solve many of these and relied on Internet search engine results for guidance.

The restricted themed puzzles like US States are easier to solve than boy's names. There are only fifty states to work with and when you use a hint for the first latter that narrows things down significantly. However, with boy's names there’s at least fifty names for each letter of the alphabet!

Some words were completely foreign to me like “poppet” in terms of endearment. In nearly twenty years of marriage, we’ve never used that word. While cute, I also haven’t seen degus in the pet stores near me. Guinea pigs and hamsters are and I was able to solve those in the pet-themed group. 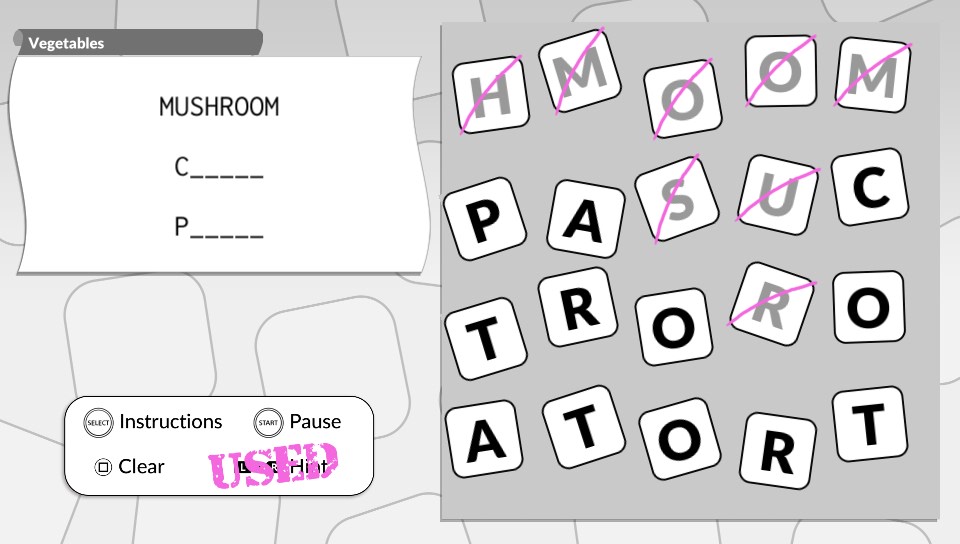 There are thirty-three PlayStation achievements available and I unlocked Sir Cumference for solving all of the shapes puzzles. The trophy names are witty and the dog mascot usually says something goofy after completing each puzzle.

The visuals are crisp and this game runs smoothly on the Vita. The background music is peppy, but a little repetitive at times.

Morally, this game is clean and suitable for people of all ages to play. With that said, many of these puzzles threw me for a loop so I can imagine it being quite challenging for younger kids.

If you like word scramble puzzles, Mixups by POWGI is worth checking out. The asking price of $7.99 is reasonable and playable on both the Vita and PS4. There are plenty of puzzles to keep you scratching your head for hours.