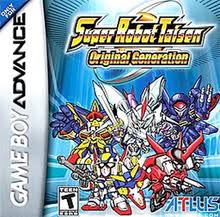 Sequels are expected to not only bring new things to the table, they are also expected to improve on their predecessors. Super Robot Wars (original title, Taisen was chosen to avoid confusion with the Robot Wars series) Original Generation 2 manages to deliver both, though not without potential unwelcome changes to game balance.

The second game uses the original portions (as in, non-licensed properties) of the following games, in whole or in part:

Set six months after the Aerogater War of the first game, the world is more peaceful, except for remnants of the terrorist faction known as the Divine Crusaders. Humanity is also now well aware they are not alone in the universe and expects more threats from the stars. Little do they know, those threats will affect not just the world, but may even decide the fate of the universe as well.

Like the preceding game, it's a top-down, turn-based strategy RPG. Game levels consist of moving characters across a grid-based map, choosing the appropriate strategies, then watching them play out in battle scenes. Intermissions and story presented via visual novel style scenes connect
the levels into an overarching plot.

Unlike the preceding title, which featured two protagonists, then unified them after their route-specific levels (albeit the story played out differently for each one after that for the rest of the game on that respective protagonist route), this game opts for a single narrative with branching paths. Subsequent playthroughs will allow the player to experience all paths they did not take in prior ones, so aside from specific story events (which are summarized in the other route later) and potential secrets, there is no penalty to game route path splits. 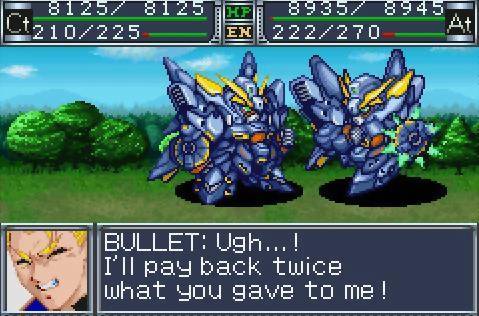 Strong Points: Massive improvements to animation quality from the first game
Weak Points: Vastly increased early game difficulty
Moral Warnings: RPG style violence; PG-13 profanity; mild sexual innuendos; mentions of psychic powers and beings of supernatural origin (most are given a firm grounding in science and merely speculated as to the latter); references to the Biblical account of creation via a sci-fi context (though no deliberate blasphemy appears to be intended)

Graphically, this game is a major step up from the first title. While maps and character scenes merely received some touch-ups and better use of vibrant colors compared to the first game, the real advance is in animation quality. Compared to the barely animated combat scenes with frequent use of stills of the first entry, the mecha combat now is well detailed, with animation consisting of detailed frames for all sides. The quality jump is to the point of going from late SNES quality to late PS1/Early PS2 quality.

Sound is still the same techno-rock/synth chiptune music from the last entry, though some returning music got some minor cleanup and some of the newer music is excellent considering the quality of the GBA sound engine. Controls are much like the last game, though thanks to some interface cleanup and navigation tweaks, they are easier to switch between menus on the fly.

Stability is even better than the prior title, mostly due to impressively smooth framerate and tweaked game speed to make level transitions and loading feel even smoother than the prior title. The translation is again accurate in most general particulars, with some minor name goofs and a few bugged text lines (like battle quotes that stray outside the text box limit) at worst. Regardless, it still works and maintains good continuity with the previous game.

One last thing of note is this game took a major jump in difficulty compared to the last game, partially for narrative reasons. Given it's a sequel and it's beginning chapters feature an enemy that proves far stronger than initially anticipated for a while until later on in the story, this is generally justified, but it's still worth noting this game is not nearly as beginner-friendly as the prior one and provides far less help for new or returning players. 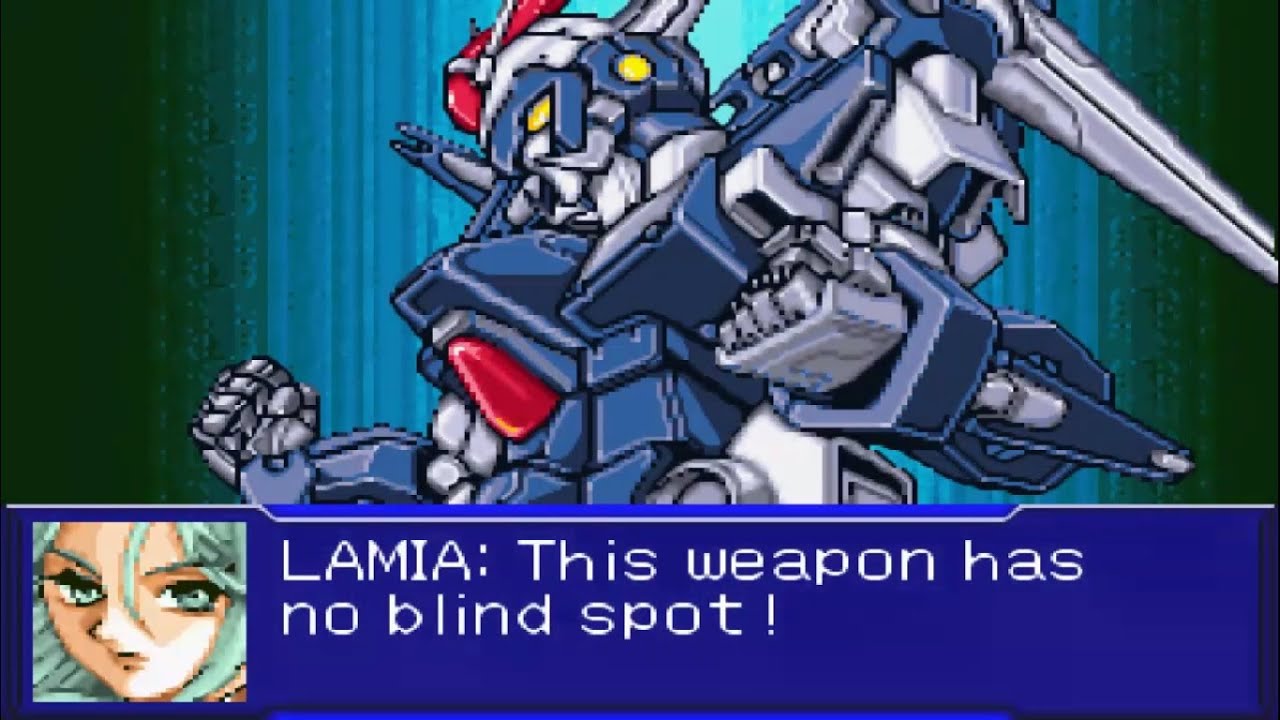 Morally, being a game about war with pilotable robots, this game again has several issues.

Violence is of the RPG style. Give orders and watch it happen variety. No blood or gore is depicted and all remains disappear immediately after death. Your protagonists only fight either due to being lawfully ordered by proper military authority, or to secure peace and defend innocents. Further, while the villains are not above committing atrocities and war crimes, your protagonists (both military regulars and civilian irregulars cooperating with them) operate entirely within the law and abide by all lawful orders. Ironically, some of the villains believe themselves to be morally justified, though their actions prove riddled with hypocrisy and this is frequently pointed out, especially given their willingness to use innocents as human shields and commit war crimes of their own to be assured of victory.

Language is of the PG-13 variety. The worst one can expect is some b***rds and occasional use of s***. The dialogue usually stays out of the deviance gutter, with some mild sexual innuendos at worst, generally of the "double entendre" variety. Otherwise, sexual content is fairly low, given the format of the game.

Occult and supernatural influences are fairly low. Telekinesis exists, but as a hard science with known military application, and one character is mentioned as having a precognitive ability suspected to be of similar origin that has yet to be classified. The only other possible issue is two machines that can be piloted are loosely based on the Chinese myths of tiger and dragon deities of protection (and some characters from that region believe them to be such). In-game speculation on the topic remains on a sci-fi footing otherwise, and side materials not yet available in English and other related non-English games confirm the machines in question have a sci-fi origin.

The story of the Garden of Eden is touched on at one point, with hints by at least one villain faction that it is not only based in fact, but they also try to do a sci-fi variation knockoff of the general concept at one point, see below spoiler for more details. It is known in later non-English materials in the series to confirm the Jewish/Christian account IS based on fact, although, given the tenor of the series, modified to account for the science-fiction based setting. It still does not contradict any of the key parts of the original Biblical account in any major way, though the in-game material does not elaborate.

{spoiler}
One of the villain factions believes humanity, as it is, will threaten the stability of the universe and attempts to create a successor to humanity. Due to their utterly alien perspective, they fail to understand just how humanity begets other humans, which is the downfall of their plan, especially as they hint they are roughly aware our creation is consistent with the depiction in Genesis. They prove rather ignorant of the exact details, which the heroes even point out when they realize this.
{/spoiler}

In general, SRW Original Generation 2 is a much-improved sequel, and well worth playing even now. Morally, it's a mecha combat-based game with issues of violence, language, and mildly sexual and supernatural content at times. Any teenager or older would likely find it a compelling narrative and a fun strategy game if such themes can be maturely dealt with.