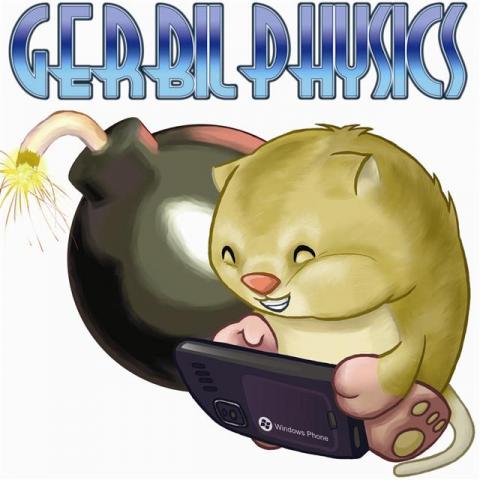 Thank you Indie Developer Consulting for sending us this game to review!

Growing up as a kid I had a gerbil named Ralph; they're cute little creatures.  Why anyone would want to blow them up with bombs is beyond me.  Fortunately, they don't seem to get injured in Gerbil Physics.  Perhaps it's their protective casing that keeps them alive.  Regardless, the expression on their faces as you place a bomb near them is priceless.

The premise of Gerbil Physics is similar to Angry Birds where you have to knock down stacks of gerbils instead of pigs.  Rather than a sling shot, you have to strategically place bombs, firecrackers or incinerating rockets to zap or knock down all of the gerbils below the yellow line on the screen. 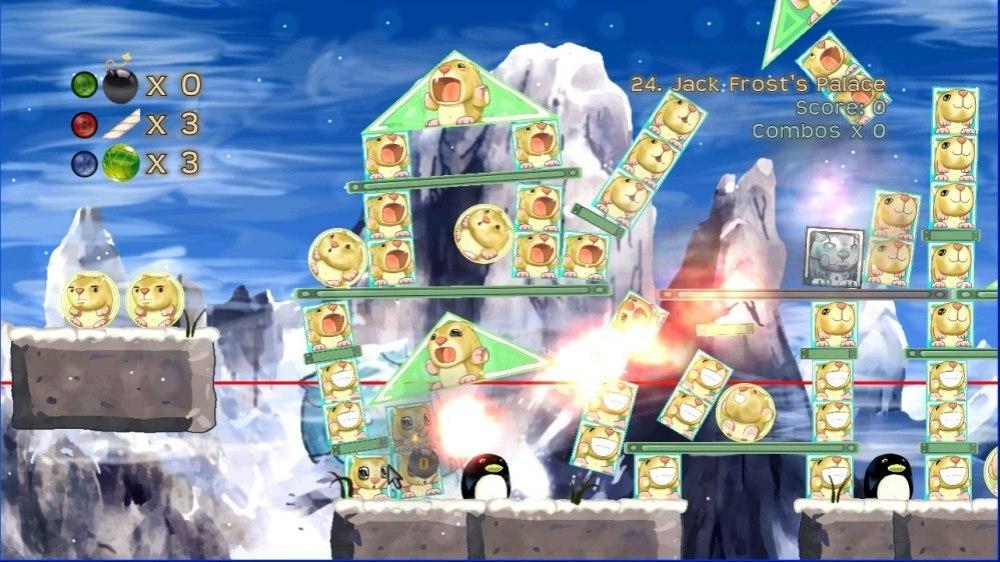 After each level, you are awarded with bronze, silver, or gold depending on how many combos you got and by how much ammo you have left over.  If you wipe out the gerbils in one shot, you'll be awarded a blue star. While you don't have to play the levels in order, you do have to complete all of them to move onto the next section.  There are eighty-four levels all together.

The levels get gradually harder and new obstacles rear their ugly heads.  The most annoying are the collateral damage gerbils.  These gerbils in red casing will sound an alarm when touched and cause you to instantly lose the level.  The iron gerbils are worth mentioning as well.  These gerbils barely budge with bombs and your best bet is to zap them away with the incinerating rocket.

You don't start off with much ammunition and rarely do you start off with incinerating rockets.  To earn those rockets you have to launch gerbils at them to grab them in mid-air.  Your aiming has to be precise since you have a limited arsenal.  Oh how I wished for a quick save feature. 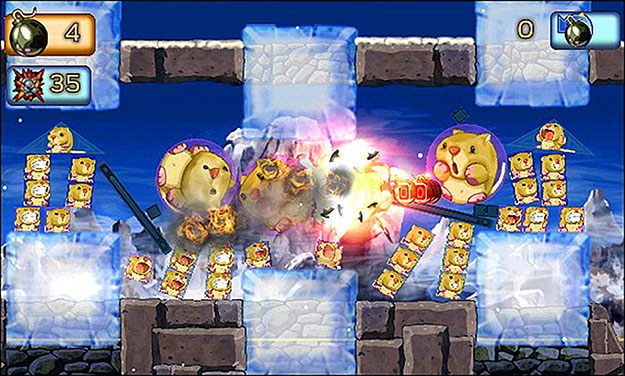 The graphics and sound effects are nicely done.  I like the voices and they compliment or insult you depending on your skill.  If you lose a level you will be called a loser and if you do well you may be called a gerbil wizard.  The explosions and zapping noises fit nicely and the collateral damage gerbil's siren is adequately annoying.

Like many games there are loading times, but at least the loading screens have a variety of cute gerbil images to look at.  I'm not sure if its my tablet or the game engine that's overly sensitive when it comes to the angle detection.  I found it annoying that my screen would sometimes switch perspectives after placing the bombs.

Annoyances aside, Gerbil Physics is a fun game that my kids and I enjoyed playing.  The asking price of ninety-nine cents is reasonable.  There are plenty of levels and many opportunities to improve upon your previous scores.  If you like physics based games you gotta check this one out!