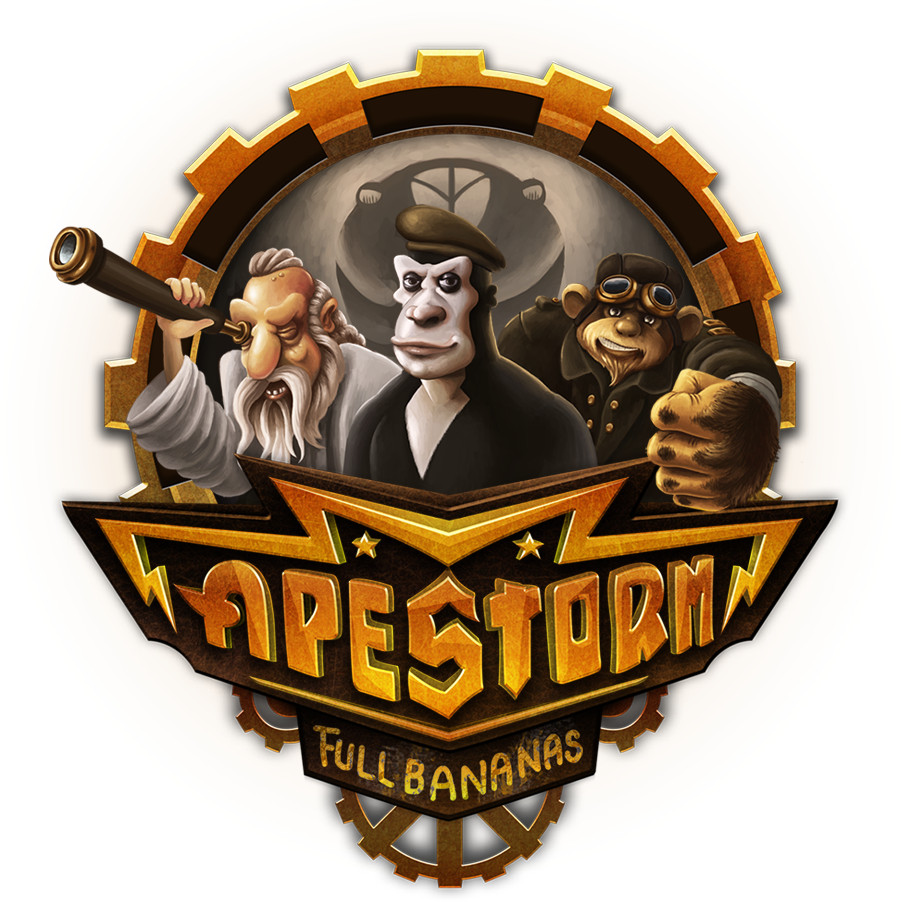 Thank you Snowhound Games for sending us a review code!

Humans are ruining the planet with their deforestation and cruelty towards animals.  A group of fugitive apes have gotten ahold of a zeppelin and a lot of bombs and will use them to make the world a better place.  The bombs will be used for freeing captive animals and destroying as many human settlements as possible.

Tossing bombs haphazardly doesn’t sound too difficult, but this game isn’t like that.  You’re rewarded for speed and precision.  The faster you’re flying when bombing your targets, the more points you’ll earn as you hit them. If you miss your target and hit trees or other animals, you’ll have points subtracted from your score. 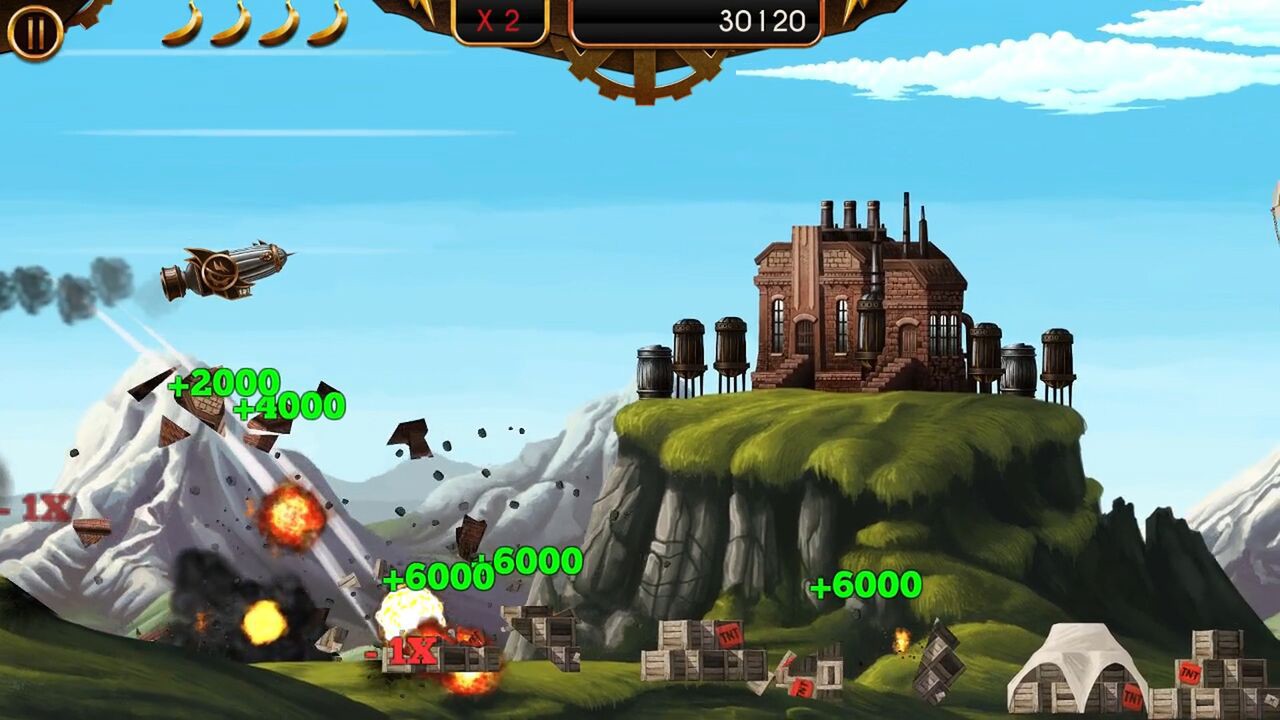 While hitting a bird will not harm your zeppelin, colliding with other objects besides power-ups will result in failing the level.  Later in the game, armored trucks will shoot at the apes and dodging their bullets gets tricky.

There are many power-ups and sadly, they are all temporary.  There are specialty bombs, mushrooms that slow down time, and a trajectory of your attacks.  The trajectory was the most useful since I found the aiming scheme in this game difficult to master.  The zeppelin is always moving so if you miss your target you’ll have to replay the level to try again.  Thankfully, previously met objectives carry over for future replays. 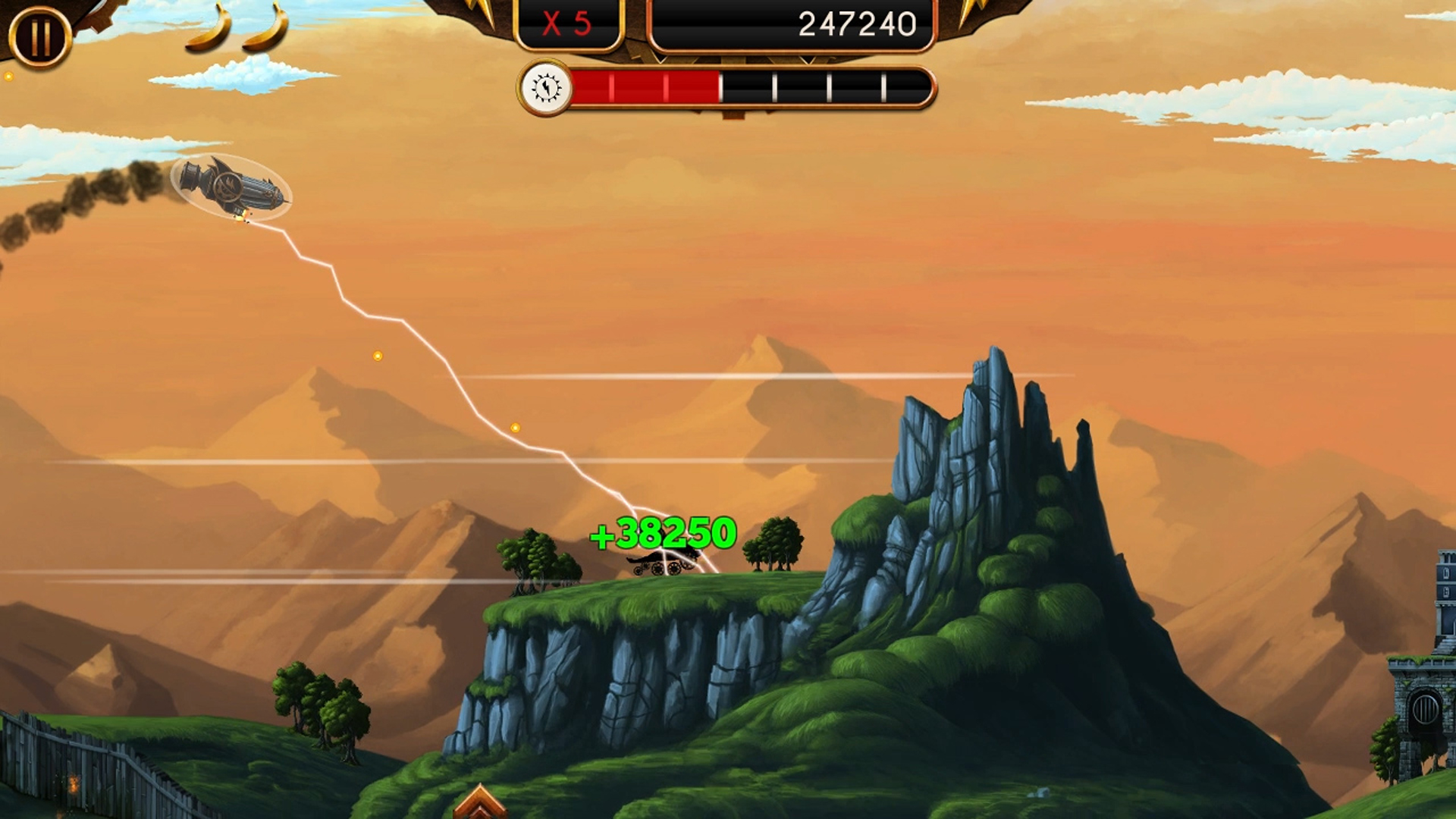 To unlock power-ups and levels you’ll need the required amount of bananas.  Replaying previous levels becomes easier as you unlock all of the nine available power-ups.  In total there are twenty levels that take place at different times of the day and I found that the nighttime levels are trickier with the lack of visibility.  If you like boss battles, you find some in this game as well.

Given that your objective is to bomb and destroy human settlements, there’s a fair amount of violence in this game.    Some of your targets are robots so there isn’t any blood to be seen.  I was disappointed to hear the word d*mn being used in this game that’s rated “Everyone” on Google Play store and 9+ on iTunes.

If you don’t mind the environmental activism, mild violence, and language, Apestorm: Full Bananas is a cute game that is reasonably priced at $1.99.  The controls are simple to use (one to fly, one to bomb), yet difficult to master. The graphics are cute and the levels have a lot of variety in appearance and mission objectives. The background music and voice acting are decent too.  I look forward to future titles from Snowhound Games, but I hope they will not have language in them.