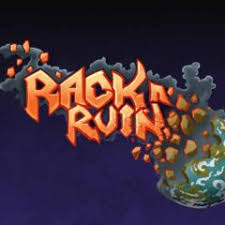 Thank you Secret Item Games for sending us this game to review!

Rack N Ruin was originally released in 2015 and is available on the PS4 and PC for $9.99. In 2020, it became available for the Switch for $12.99 and now it’s available on the Xbox for the same price. Not only is the PC version cheaper, but it has a soundtrack available to purchase and it’s worth considering since the background music is well done.

Upon launching the game, you’ll get to choose between two difficulty levels: Human or Demon. The Demon difficulty level promises a more punishing experience. After making your selection, you’ll see a little demon with big horns destroying a planet into rubble. After reporting his progress to the demon lord, Rack gets chastised for merely destroying planets instead of conquering them. Rack is given one more chance to corrupt and enslave a planet or he’ll be thrown into the Abyss.

Strong Points: Fun action puzzle game with shoot ‘em up elements; good background music
Weak Points: PC version is a couple of dollars cheaper
Moral Warnings: You play as a demon-like character tasked with corrupting and enslaving a planet for the dark lord; you can use dismembered body parts for power-ups; magic use; captured souls are used as currency; references to a goddess, language (hell)

Rack arrives on his target planet powerless, but it doesn’t take long for him to gain a fireball ability from a soul seeking vengeance. The first area serves as a tutorial for learning the basics of attacking and moving around objects to trigger pressure plates blocking your way. Along with the open areas filled with foes, there are dungeons and caves to explore with various puzzles that require solving to move onward. There are many locked areas that use universal keys that you’ll have to find throughout the dungeon. The dungeons reminded me of the original Zelda games.

There’s a wide variety of enemies and monsters to contend with. Many of the foes will shoot projectiles in various directions. Rack has a shield ability that lasts as long as he has mana. Upon their demise, many of the enemies will leave behind mana, health, power-ups, and souls. The souls are used for taking over shrines of the goddess which serve as teleportation devices for fast travel.

Along with the enemies are intimidating boss battles and for these, it’s good to use your acquired power-ups. I recommend using bombs and having the floating eyeballs that shoot at enemies automatically equipped. Be sure to stock up on health potions when you have the ability to buy them.

Throughout his journey Rack will be able to learn and purchase various elemental magical spells. There are fire, tornado, and lightning-based spells along with a melee one. The nice thing about the melee attack is that it replenishes the mana that the other spells use. The downside is that you’re more vulnerable to enemy attack since you have to be close to them to do damage. 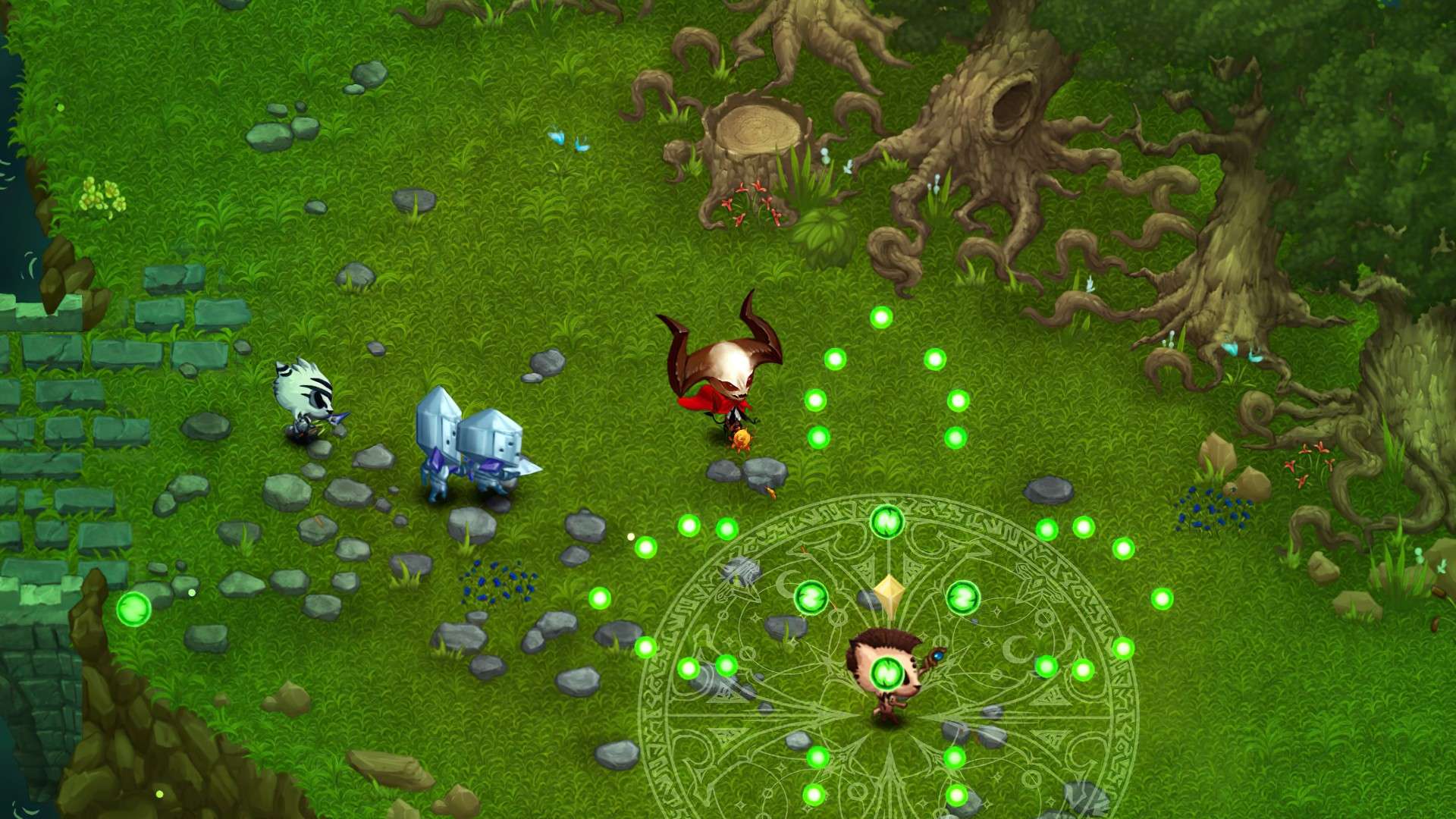 In the event that Rack runs out of health, he’s automatically revived nearby. The checkpoints are pretty generous and greatly appreciated. In the zoomed out over-world view, Rack can see his current objective location and head towards it.

Some of the enemies leave behind trails of blood and many of the power-ups consist of severed body parts. Early on in the game Rack poisons a town’s well by peeing in it. Magic use is prevalent and required to progress in this game.

The retro art style looks good and I like it. Rack and the dark lord are appropriately evil looking. During dialogue scenes, you’ll see the facial expressions of the characters involved change. For the most part, the dialogue is clean but there is some minor language (hell).

The voice acting is limited to some cackles and laughs. The sound effects are good and the background music is excellent. If you own the game on Steam you can buy the sound track for $1.99.

I’m not sure why the Xbox and Switch versions carry a $3 premium. If those are your only options this title is worth considering if you don’t mind playing as a bad guy for a change of pace. With the ability to buy the soundtrack, I’d say that the Steam version is the one to get.