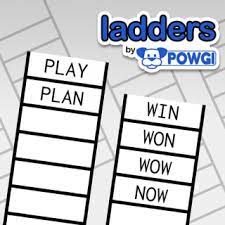 We have reviewed many individual and bundled POWGI games. This is my first time playing Ladders and I must say that it will keep you busy with its 150 puzzles that get gradually harder as the words get bigger throughout the game. Unlike many of the other titles, there are no hints in this one so you’re on your own unless you get lucky and have someone looking over your shoulder and offering some helpful advice.

Your goal is to change the words one letter/step at a time to make the word on the top and bottom of the ladder match. You can work up or down, it doesn’t matter as long as the words match up both ways. It is possible to complete a puzzle in less steps and you’ll get an achievement for doing so.

Strong Points: 150 puzzles to solve
Weak Points: No hints; controls take a little getting used to
Moral Warnings: You can use some question words like fag

In total, there are forty-two achievements. There’s an achievement for using each letter of the alphabet along with solving your first puzzle, working up and down, thinking for longer than a minute, trying an invalid word, trying the same invalid word twice, and so forth.

In the beginning, the puzzles work with three-letter words with the same number of steps. One of the puzzles has you starting with the word COP and ending with CAR. The first step is COP and the second step could be changing the O to an A to make the word CAP. With this solution, the final step is changing the P to an R to end with the word CAR. In order to solve the puzzle you’ll have to fill in both ends of the ladder despite them being pre-filled in. It took me a couple of tries to figure that part out. Upon completing a puzzle you’ll be rewarded/punished with a cheesy joke/pun like “How much “no more tears” shampoo do you have to use before the baby stops crying?”.

The three-letter puzzles are not too challenging, but the four and five-letter puzzles ratchet up the difficulty significantly. You’ll be timed on how fast you complete the puzzles so you can always try to beat your best time if desired. 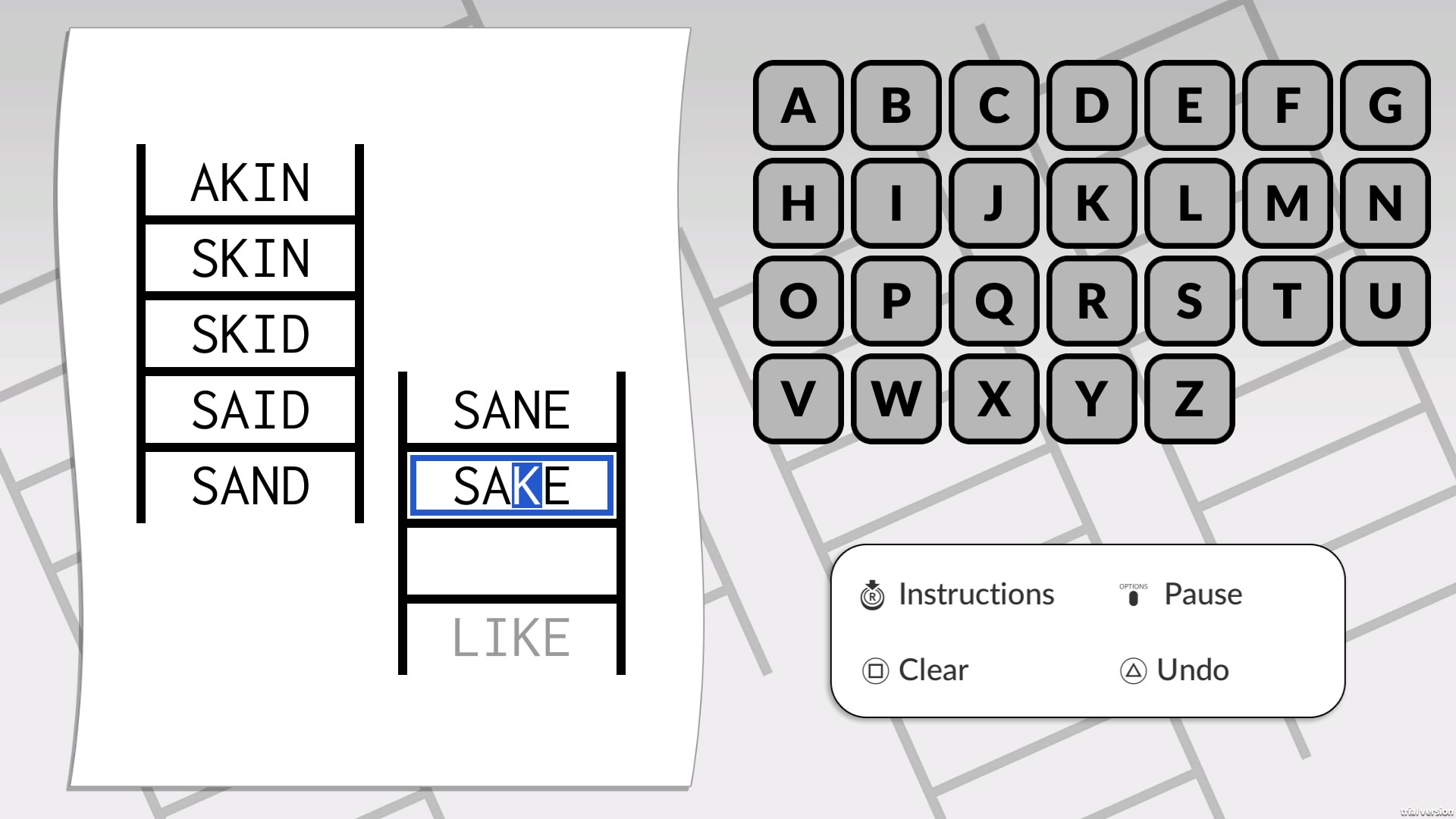 There’s little to complain about morally though there are some questionable words allowed. I was able to use the word fag despite its negative connotations.

The visuals and background music are on par with other games in this series. If you don’t like the music, it can be disabled in the pause menu.
There is also a dark mode option.

If you’re a fan of word puzzles, Ladders by POWGI is worth looking into. The asking price is reasonable and it’s bound to keep you entertained for a while. There are lots of achievements to unlock and earn Xbox points with this game as well.