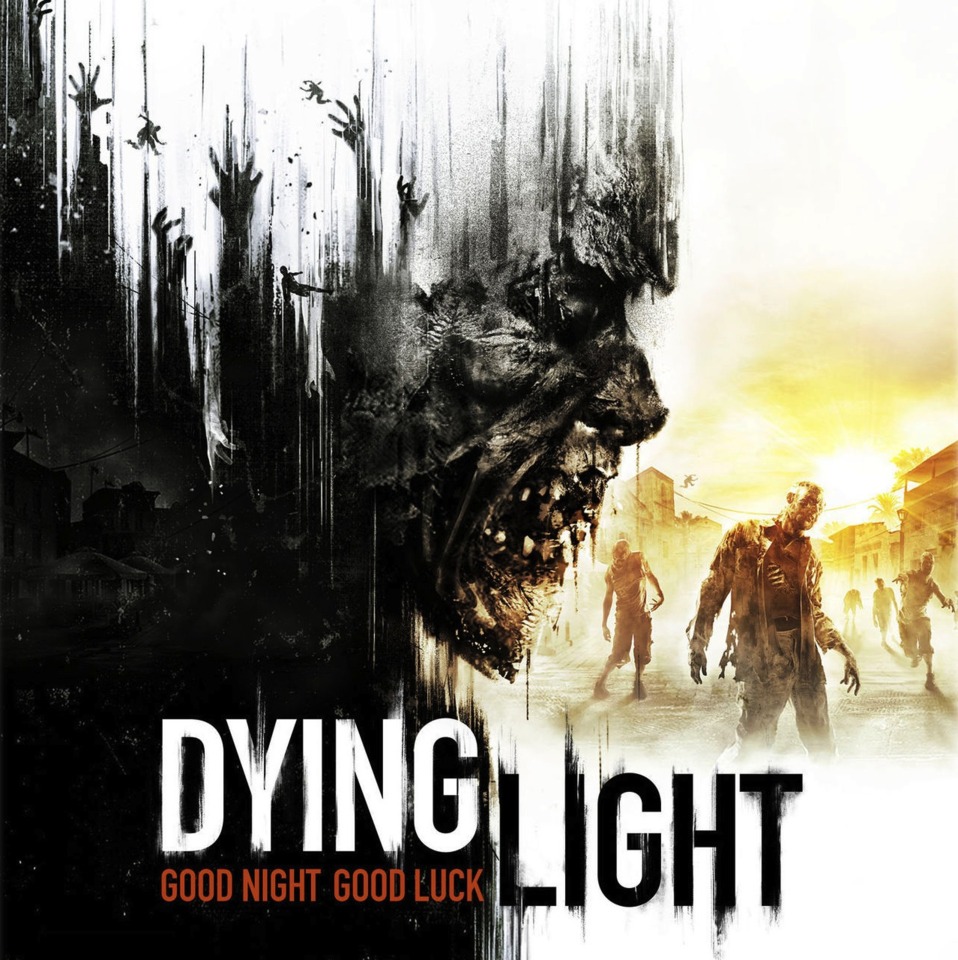 Thank you Warner Brothers Interactive for sending us this game to review!

It's been a while since I played a Zombie game; the genre is getting a bit over done in my opinion.  I enjoyed games like Plants Vs Zombies, Left 4 Dead 1&2, Typing of the Dead, and The Walking Dead.   What sets Dying Light apart from other first person zombie games is that it's not about pumping volatiles full of lead.  If you want to survive in this game you have to avoid the infected by outrunning them, climbing poles, walls, fences and hopping from rooftop to rooftop.  Taking down the occasional zombie or two is doable but if you get swarmed, you're a goner.

Not only do you have to outrun the infected, you have to outwit them as well.  You can set up light and electrical traps to slow down or neutralize many of them at a time.  There are different variants and some of them are faster than others.  Especially at night when the volatiles are stronger and more agile than in the daytime.

During the day is when you'll want to explore your surroundings, help survivors, and collect items to sell or craft new weapons/supplies.  As you complete various fetch quests, you'll often get rewarded with blueprints that provide a list of items needed to craft a particular object.  In the beginning your weapons will consist of pipes and wrenches that have to be repaired after a few uses.  Guns become available later in the game, but ammo for them is in short supply. 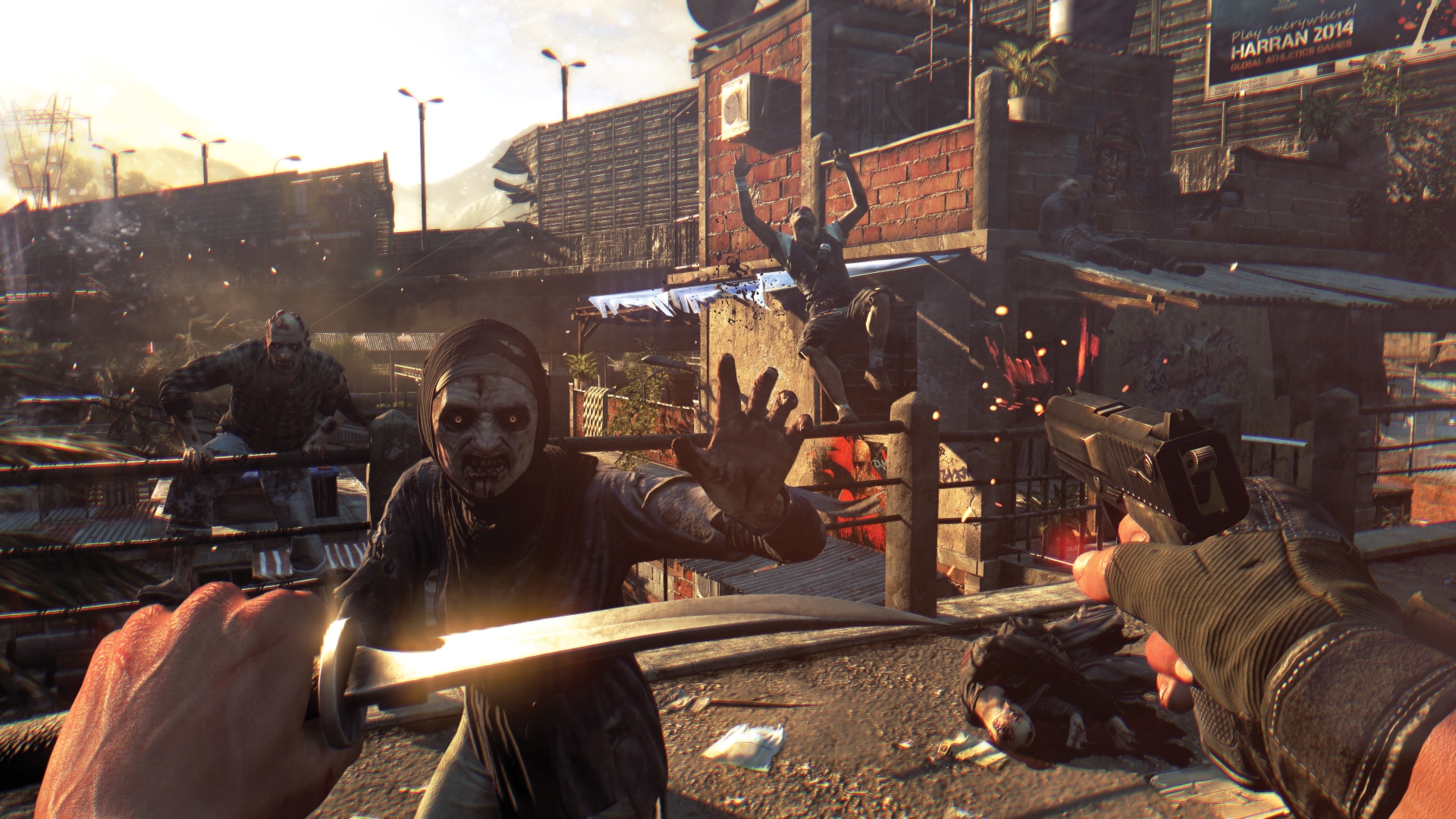 Experience is earned from fighting, climbing, and completing quests or helping fellow survivors.   Points earned can be spent on the following three subcategories: Survivor, Agility, and Power.  When you assign points to the survivor tree you can unlock blueprints and the skill to craft and use new gadgets.  Bulking up the agility tree can improve your running, jumping, and the ability to dodge enemy attacks. The power tree makes you stronger and unlocks deadlier fighting moves.  All of these skills  come in handy as the story progresses and when you encounter boss class zombies.  Fortunately, you don't have to fight them alone.

After completing the game's prologue and first major mission, cooperative gameplay becomes available.  Given the complex controls for running, jumping, and climbing, I can understand why the developers wanted to enforce a minimal skill set to prevent  becoming a burden on somebody else's game.  The multiplayer host determines the story's starting point and it is possible to join games that are at different time points than your current progress.  If you join a game taking place in an area that you have already completed, you will not gain any experience from it.  If you join a game that is ahead of your current progress, you run the risk of spoiling the story for yourself.  It's best to find games as close to your progress level as possible.

The story is pretty linear and you have little say in the tough decisions that  the main character, Kyle Crane, has to make.  He's been sent to the quarantined city of Harran to retrieve sensitive information that can lead to a cure for infestation.   Playing as a double agent isn't an easy task and many lives will be lost in order to keep Crane's cover. 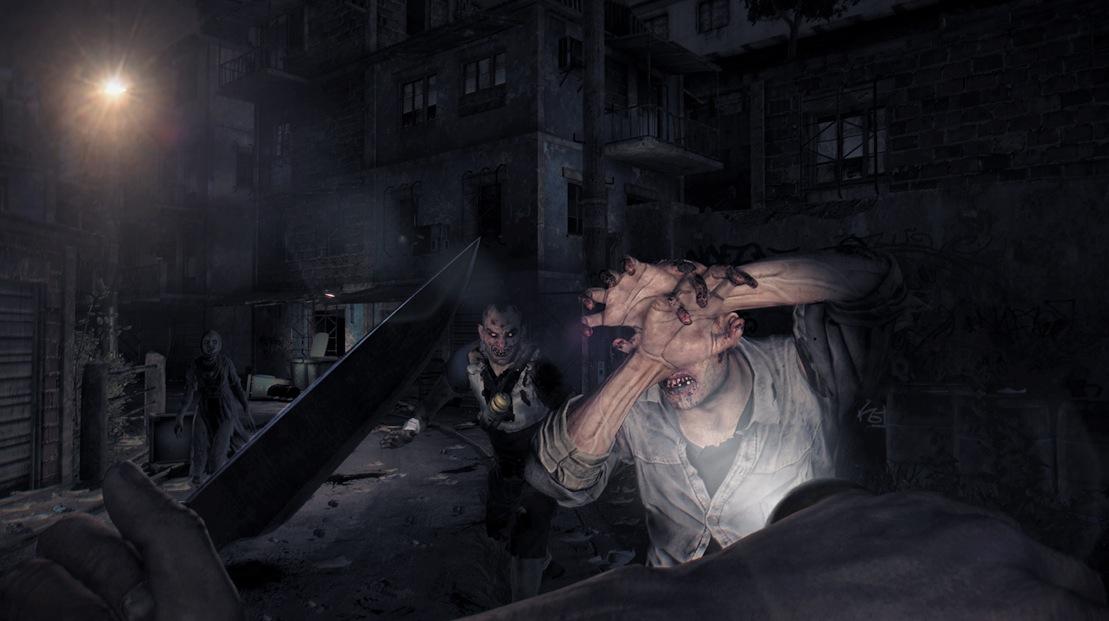 Deaths are often bloody and gruesome.  Limbs will be cut off, internal organs are often visible and shown outside of their respective bodies.  The language used in this game is just as gritty and uses every word in the book and Jesus' name is thrown around casually as well.  Last not but least, there is some sexual dialogue as  Crane is told to find a female to help keep him warm at night.

The voice acting is pretty good in this game.  Crane is voiced by Roger Craig Smith who voices Sonic the Hedgehog and Shinji from Bleach.  The background music is top notch and sets the dramatic and scary moods appropriately.

The night scenes are intense both audibly and visually.  Using the flashlight is a must even during the day as this game is pretty dark and it's easy to miss crucial items.  In the beginning of the game I had to turn up the brightness of my TV since I didn't notice a set of stairs I needed to climb to progress the story.

Despite the run down look of the city and environments, this game is quite beautiful visually.  The zombies are still hideous looking though.  I love the animations and flow of movement when running and  jumping from rooftop to rooftop.

Parkour game lovers should  check out  Dying Light.  The story may not blow you away, but there is plenty of action and intense moments to compensate for that.  There is way too much language and violence for a younger audience.  I was saddened when a nine year old joined my game and was pretty scared during the night time sequences.  Parents, please don't let your kids play this game.