Thank you Murudai for sending us this game to review!

Every once in a while an indie game comes along that, while not redefining the genre, still does something just a little differently, and is able to fit well into its chosen niche. I can’t say that Solar 2 does anything I haven’t seen before, but it’s so well put together, and with humor and charm just oozing out, that it makes it hard not to enjoy the playground this title presents.

And it is quite literally a playground, as other than a few optional missions and challenges, the game has no objectives or goals. You’re free to control your heavenly body, be it a humble asteroid or a gigantic star, around the galaxy, absorbing other masses to grow in size and strength. As you expand, you’ll be able to pull other asteroids, planets, and eventually stars into your gravitational field to become even larger. As the planets expand, they’ll begin to house life, which can help you by providing defenses, such as force fields and spaceships, and if you’re the malevolent type, you can attack other planets and systems with said defenses.

Much like our own universe, Solar 2 extends indefinitely, so there are always more masses to absorb and systems to fight. Few things change as you travel through the galaxy, other than small differences in background scenery, but it was extremely liberating to know that there are no boundaries. Drifting endlessly in space, listening to the music softly being played, hurdling through an asteroid field, watching as an infinite number of planets in hundreds of different combinations pass by, and even coming across a war between a hostile world and alien invaders—there’re infinite possibilities. 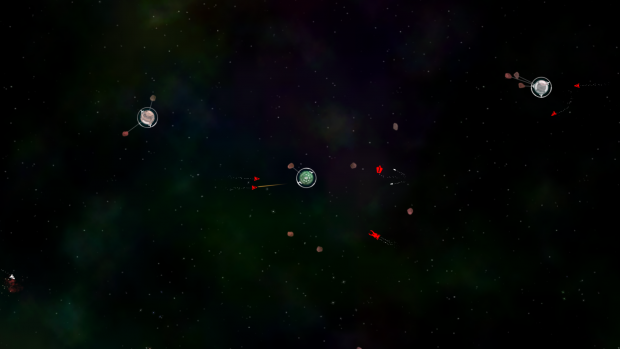 Unfortunately, they tend to stay just that: possibilities. Anything could happen, but reality is far more mundane than fantasy. The extraordinary is here, and amazing moments still happen, but it seems like many of them are instances within the game’s 40 or so missions and challenges. Begun with hilarious little monologues provided by the game’s narrator/god, missions range from average and easily completed to hysterically odd and infuriatingly difficult. Assassinating other planets, helping a fellow asteroid to planet-hood, and my personal favorite, hosting a space disco concert are just a few of the more unique ones.

Beating these missions shouldn’t take very long, excluding some of the more difficult tasks, but there are also a few challenges to try as well. These are much more videogamey than the missions, and more of a quick diversion than a part of the core content. There are obvious additions such as dodging asteroids, but there are also a few interesting ideas like a game of marbles, recreated using planets, where the red planets must be knocked out of the circle while the blue one must remain inside the circle.

The missions and challenges are fun while they last, and exploring the universe is very relaxing, but there just isn’t that much else to do. It’s always possible to build a bigger planetary system, but this is a time consuming (and generally unrewarding) process. Once the missions have been completed (excluding the rage quit inducing ones), the challenges’ highest scores defeated, and the novelty has worn off, there just isn’t much game left. 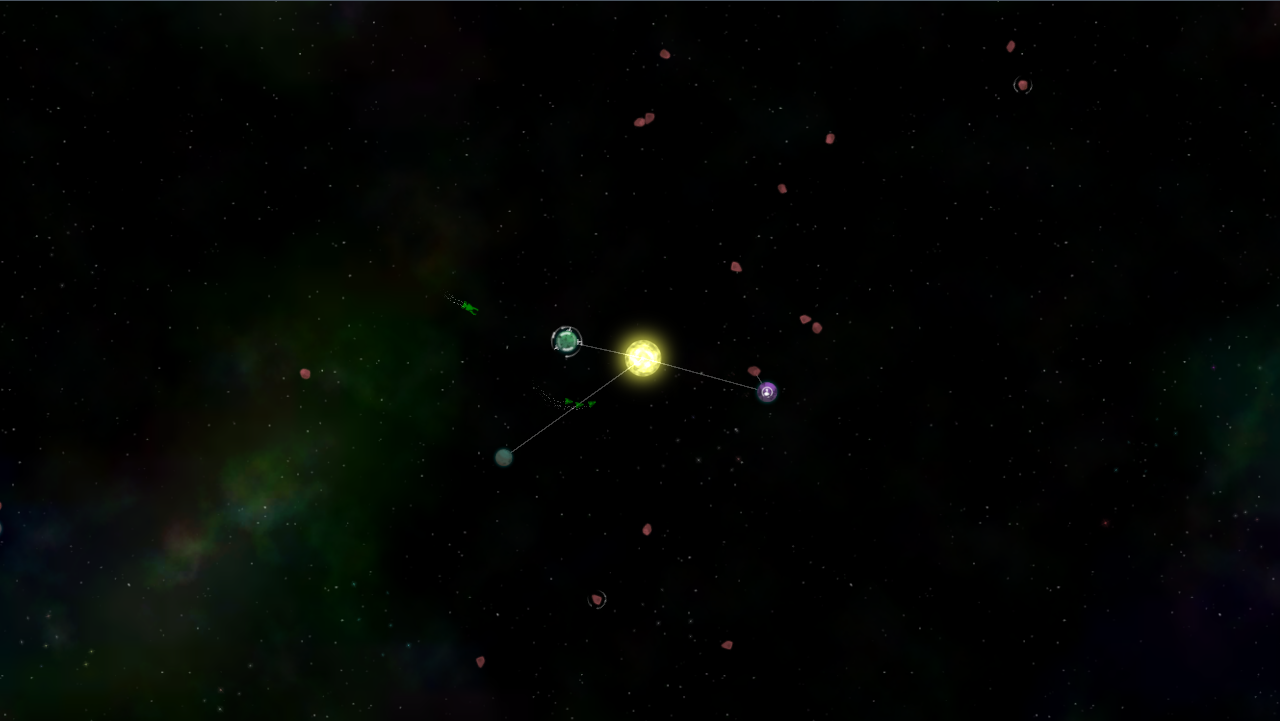 I’m torn, though, because what’s there is really good—a unique setting (the entirety of space!), a good premise (become the largest body in the universe), and fantastic writing. Combined with fitting music and decent graphics, and you have a really interesting little indie game, but it’s still not much of a game. Yes, you still control your “character” and there are objectives and such, but it just doesn’t feel like a game. It’s much closer to a relaxation tool with objectives, and while there’s nothing wrong with that, I have a hard time describing why you should try/buy/play it. Add in the price of $9.99 (on PC), and it just seems like a questionable buy. Thankfully, that doesn’t come from any of morality content, as the only violence comes from destroying other planets and their spaceships.

Solar 2 is different, and whenever I play something different, I can never quite decide whether or not I can recommend playing it. There’re things almost everyone will enjoy—the hilarious bits of dialogue, the low price point (for the Xbox 360), and the physics—all fantastic things, but there is also that which is foreign to many gamers. The lack of any definite objectives, short length, and overly hard missions—not quite as appealing qualities. There’s nothing that’s downright wrong with this title, but there are a lot of off-putting things. If you enjoyed PopCap’s Feeding Frenzy series, this may be right for you, but for everyone else, just try the demo first.