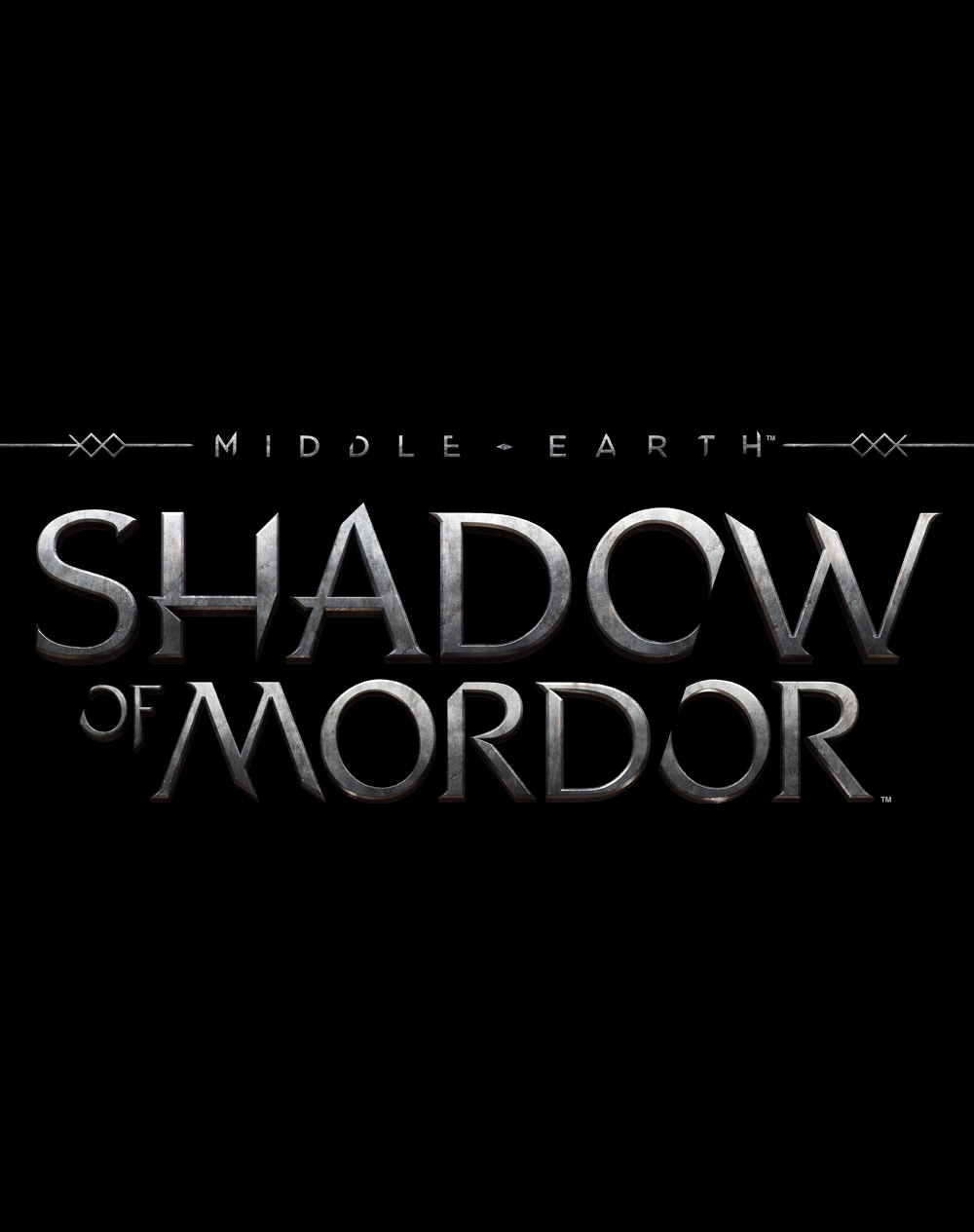 "In the land of Mordor where the Shadows lie," an ancient evil has awoken and begun to stir. Middle Earth: Shadow of Mordor is a tragic but familiar tale set between the events of The Hobbit and Fellowship of the Ring, providing a dark and visceral look at Tolkien’s world. You play as Talion, a ranger and captain of Gondor’s Black Gate garrison until an attack by orcs results in the deaths of his comrades and the grisly sacrifice of his wife, son, and him. But rather than die, the ritual results in a curse and his being joined to a mysterious elven wraith, transforming him into the grave walker - an avatar of vengeance, banished from death, and determined to strike down those responsible.

The game’s graphics are vivid: characters look, move, and emote realistically. Hair and clothing move with a subtle fluidity. Orcs, the game’s main enemies, look fantastic clad in tattered leather or spiky armor and wielding sharp, angular weapons. Mordor itself is portrayed as a decrepit wasteland - cursed and sickly; its crumbling ruins discolored with age and strewn with moss and vines. Despite the amazing graphics, the game’s open-world maps are flat and uninspired - more akin to World of Warcraft than Skyrim.

The gameplay is similar to that of Assassin’s Creed, or the recent Batman games with an emphasis on stealth and counter attack-based combat. Fans of either series will feel at home stepping into the boots of Talion as he hacks and slashes his way to retribution.

The default control scheme is intuitive and responsive, allowing for the player’s skills and tactics to be the deciding factor in most battles. The controls can be remapped, allowing for greater precision and speed. Quick time events are regularly utilized, and can be frustrating if the player does not react to them quickly enough. However their usage is predictable and well associated with the on-screen action, making them a little less immersion-breaking and painful. 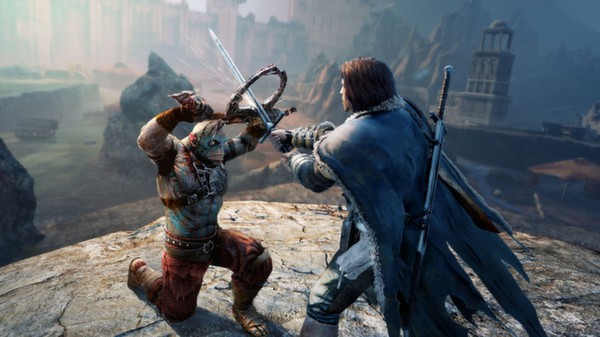 In the buildup to the game’s release, there was much brouhaha over what the developers called the nemesis system. In order to have his revenge, Talion must kill those who led the attack upon his garrison - Sauron’s top three commanders. To facilitate this, the player must brand a number of lesser orc captains and warchiefs, making them his own and thereby creating an army. The nemesis system generates these captains and warchiefs, giving each a unique appearance and a variety of attributes such as: traits, fighting styles, and rivalries. These rivalries are important to take note of as the orc officers are embroiled in an ongoing power-struggle between themselves. This is to the player’s advantage because rather than go after Talion, these officers will spend most of their time fighting each other, or drinking grog - because orcs are smart like that! Depending on how these fights play out, the losing orc will either die or flee while the winner will level up and gain new abilities, weapons, or a promotion. In a similar manner if an orc kills the player he will become more powerful; the game will also mark him as, well, your nemesis.

Despite the extraordinary graphics and solid gameplay, the soundtrack is mediocre. As such, it’s forgettable and certain tracks quickly become repetitive. Often the music is simply…there, or worse: jarring and bombastic. I found periods of exploration to be more pleasant with the music simply turned off.

In contrast to its music, the voice-acting and sound effects help immerse the player in the game. Both the voice-acting and the dialogue come off as natural to the characters and their context: Talion sounds every-bit the soldier and haunted protagonist, while Torvin, the dwarf, sounds just as believable as Gimli from the Lord of the Rings movies. 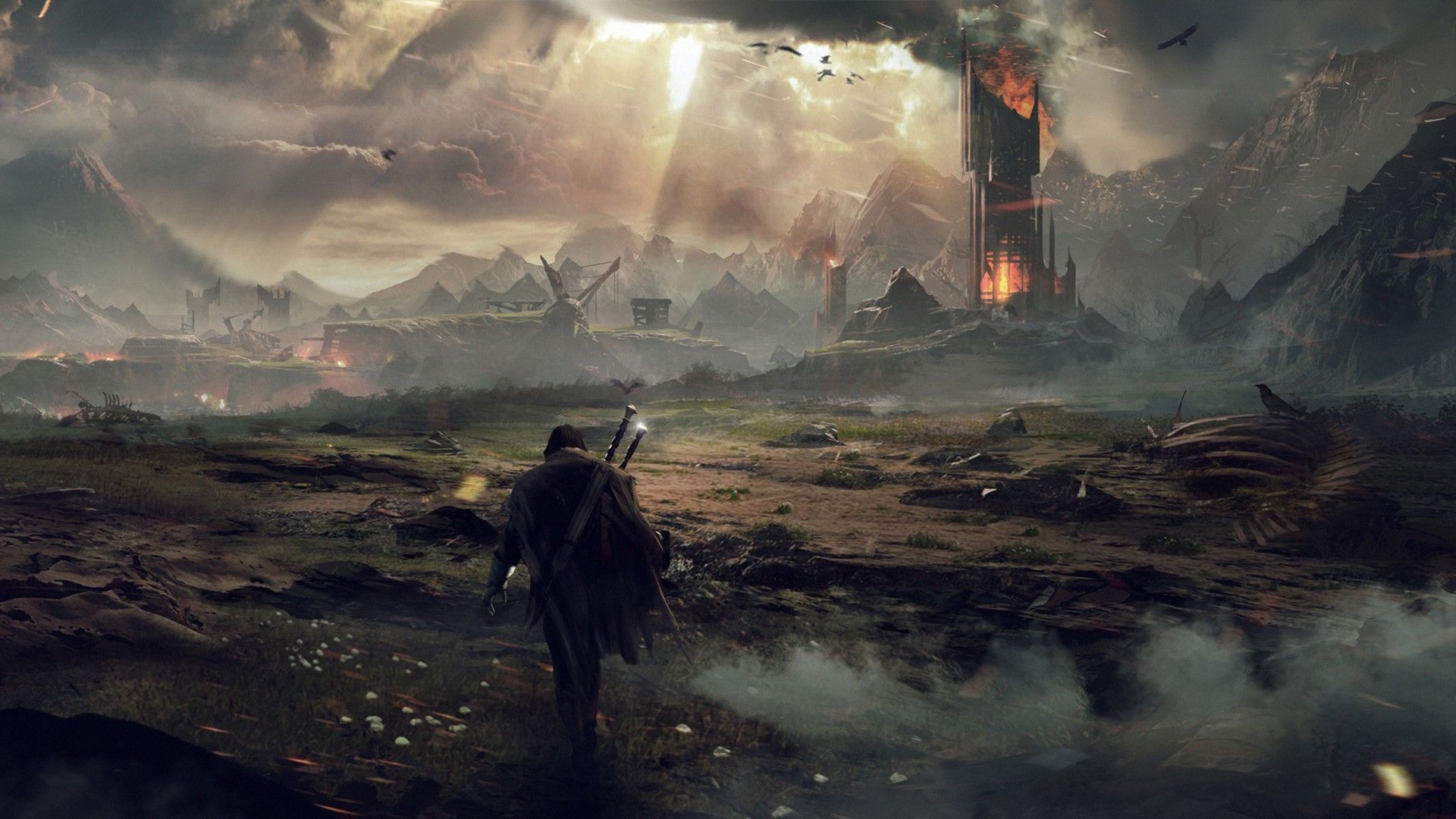 The game’s sound effects, though imperfect, are more than sufficient for their task. The clang of swords, the guttural roars of angry uruks, and the wet thump of arrows hitting their mark are simply icing on the cake of the stunning character models and top-notch voice-acting.

Despite all it does right, Shadow of Mordor has some serious moral problems. There is no sexual content and the language is PG with some crude humor and words like b*****d that appear a couple of times. However, the violence in this game is graphic, well deserving of its Mature rating. Heads are regularly lopped-off in slow motion while blood streams from both the slumping body and flying head. Sword thrusts often result in a small crimson fountain erupting from both the entry and exit wounds. The game is gory throughout, and there are no options to diminish or disable this feature.

Violence and gore aside, this game is awash in dark, almost occultic magic. In the opening minutes of the game, Talion and his family are brutally sacrificed in a grisly ritual to summon the wraith. In a plot twist the ritual results in a curse as the wraith is “bound” to Talion making him neither alive nor dead. Making this even more disturbing is the strong implication that Talion is actually possessed by the wraith. Worse still, over time it becomes clear that Talion is little more than the vehicle through which the wraith plans to execute his own revenge against Sauron - by whatever means necessary.

As revenge is central to this game’s story, it would be remiss not to touch upon it. Whereas in Tolkien’s works revenge is negatively portrayed, in Shadow of Mordor the lines are not just blurred, they’re erased. In only a handful of instances is vengeance even questioned - and this only in passing. While there can be a fine line between fighting a true evil and taking revenge, the game co-mingles these two in such a way as to present them as morally equivalent.

Middle Earth: Shadow of Mordor contains dazzling graphics, rock-solid gameplay and superb voice-acting despite it’s boring maps and lackluster soundtrack. Nevertheless due to its occult-like magic and glorification of revenge I cannot recommend it to anyone except an adult player who is capable of clearly distinguishing the good from the bad. Despite doing so many things right, no game cannot be divorced from the morality it presents and it is here that Shadow of Mordor falls irredeemably short.