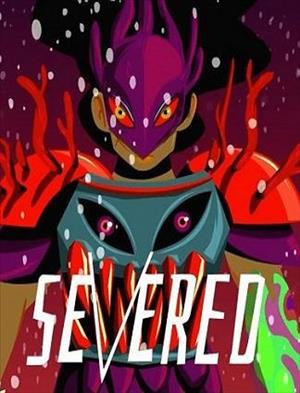 Thanks to DrinkBox Studios for sending us a review code!

The Wii U’s gamepad controller is a novel piece of hardware that has gone largely unused in a lot of the system’s games. Even first-party Nintendo games can shirk its abilities, relegating it to a map or an item menu shortcut, assuming they don’t just ignore it altogether. In late September, in the Wii U’s lengthy twilight, DrinkBox Studios ported Severed to the system, making obvious use of the gamepad – and using it extremely well.

Severed is a first-person action adventure that could be described as a cross-section between Zelda and Grimrock. You play the role of Sasha, a young woman who wakes up in her backyard after a sudden attack to find that she’s missing her mother, father, brother, and right arm. After meeting a shady but seemingly benign being who gives her some encouragement and a sword, Sasha sets out into the unforgiving wilderness to find her family.

The main draw of Severed is the combat: using the stylus, you draw on the screen in the direction you want to attack. You eventually get a charge attack and three pseudo-magic abilities to use, but the base stays mostly the same throughout. Preventing such a simple system from becoming boring, however, are the enemies, who take a page out of Skyward Sword’s book and require quick, accurate attacks to both avoid their defenses and deflect their attacks. The monster variety is impressive, with each type acting differently; even when the game pulls out the classic RPG maneuver of palette-shifting an earlier enemy, their appearance and abilities significantly change and don’t feel like rehashes. It helps that the controls are extremely responsive and the enemy hit detection is near-perfect, leaving you fully in control of the length and direction of your slashes. 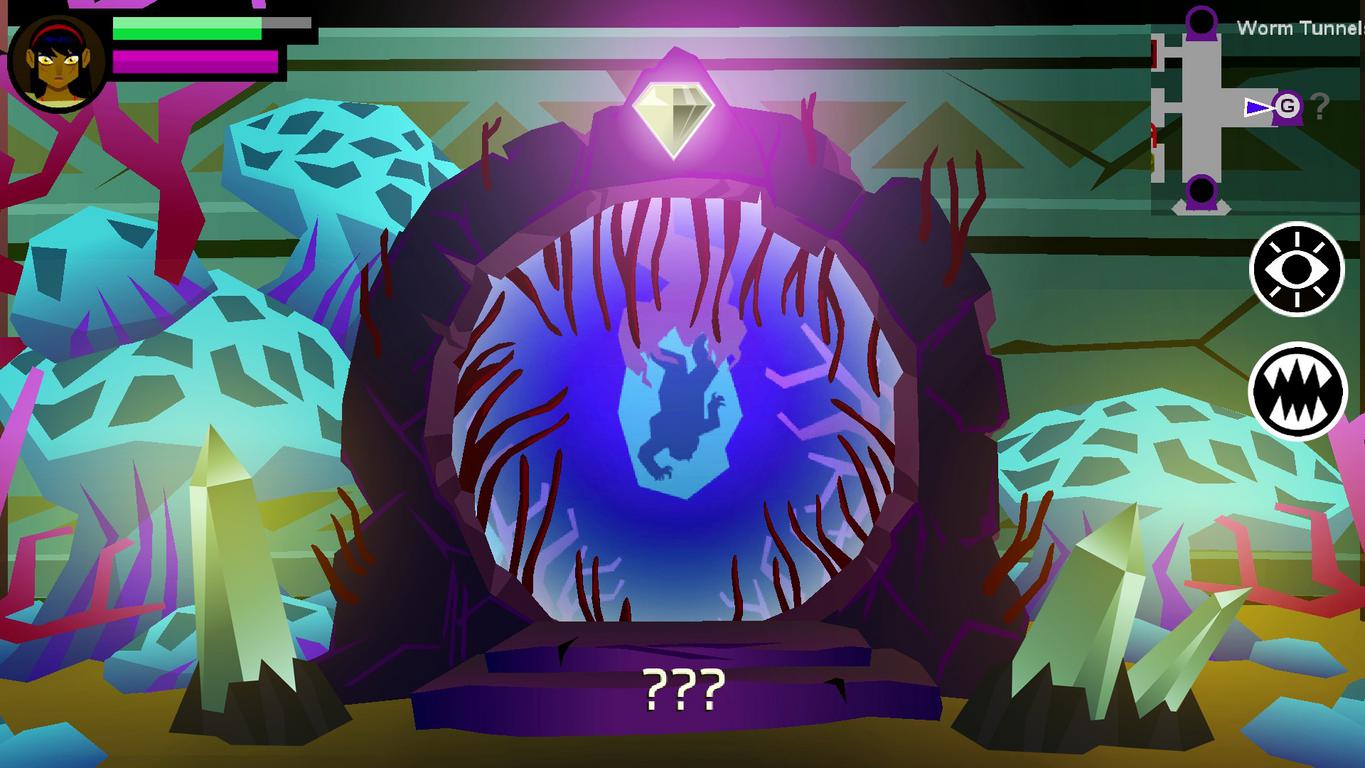 One-on-one, these encounters are rather easy – but Severed rarely pits you against one enemy at a time. Sasha can and will get surrounded by enemies, usually up to four but rarely as many as seven or eight at a time, and none of them are shy in attacking. While fending off one four-armed monkey might be trivial, taking care of two of them while dealing with a fast-attacking four-headed bird and a giant eyeball that slowly but surely grows in size and danger is considerably more harrowing. This is where Severed’s combat truly shines, as more complicated encounters require quick action and a solid strategy to manage each enemy at the same time. By the end of the game, facing down four high-end monsters at once can be quite a trial, and is always satisfying to beat. Later in the game, enemies come with one or more buffs that give them heightened stats, health regeneration, and/or increased speed, further increasing the difficulty as you progress.

Part of the reason the combat feels so rewarding involves the upgrade system. Sasha can increase her abilities, ranging from straight damage increases to quicker mana recovery to leeching enemy health on every strike; this requires a certain number of monster body parts to unlock. While some can be found in giant vases scattered throughout the game, most will come directly from the source. Performing well in combat – as in, not being deflected or damaged – will raise Sasha’s focus meter; when full, every defeated monster for that encounter will give you a small window to slice their limbs off. Each enemy has a different body part to collect, from arms to eyes to tentacles to giant jawbones, and require precise slashes to hack off in the time allowed. Ending an intense encounter with a flurry of slices and becoming surrounded by limbs is rather gruesome but undeniably entertaining.

The Grimrock half of the game has you navigating segmented rooms and looking around for pots to smash, levers to pull, or other light puzzles to solve in order to proceed through the game. While the puzzles never get particularly difficult, they flow well, never overstay their welcome, and offer a low-stress reprieve from the combat. Each level has a dozen or so “secrets” to find, though as every one is displayed on the map with a huge green question mark, they’re not quite secrets as they are optional puzzles to gain items. Some of these get quite clever later in the game as well, requiring some planning and exploration to complete.

Severed’s presentation ties the experience together, and the game would be half as enjoyable without it. The art style is simple, with mostly flat and saturated colors, but it stays consistent and gives the world a dark, eerie quality that’s both fascinating and slightly disturbing to explore. The music, while not quite soundtrack worthy, adds atmosphere and variety to the different levels and manages to not ever become irritating to listen to on a constant loop. Overall, the game is enjoyable to look at and listen to throughout, and both the art and music combine to create a genuinely interesting world. 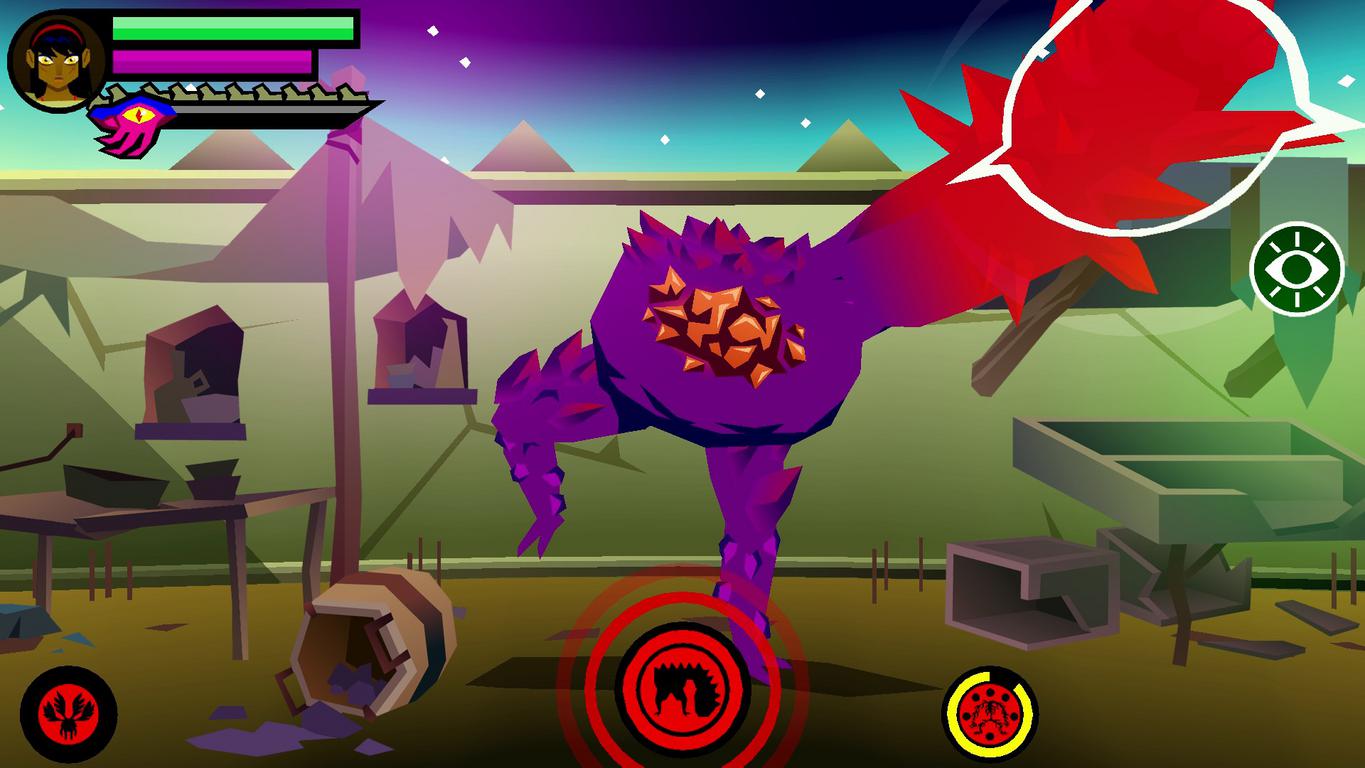 The story of the game doesn’t venture too far outside of finding Sasha’s family, but what few characters appear are more compelling than they really have any right to be. Sasha doesn’t speak a single word, but her reactions to events, along with the odd third-person cutscene, flesh her out decently enough. You’ll interact with two characters repeatedly throughout your journey, and you steadily learn more about them as the game progresses. You might not think a fat bird with two mouth-heads would be all that great of a character, but he’ll (they’ll?) quickly grow on you. The story is minimalist, but done right: adding to the game, but not getting in the way.

The visual cues, sound effects, and game mechanic introductions, however, carry the day. There are no text tutorials; you learn by doing, and the game trusts you enough to recognize what you’re doing right or wrong. Every new enemy is fought alone at first, letting you become familiar with it before throwing it into the mix. Monster attacks are clearly telegraphed with an unmistakable sound effect and a bright red glow, and the sound effects in general give great feedback: deflected attacks, severed limbs, timed puzzles, and the like all have obvious audio cues. Perhaps best of all, however, is the monster indicators: these circular icons are always visible and clearly communicate enemy type, health, and time before they attack. These clear indicators, along with some trial and error to determine which attacks can be deflected and which have to be prevented, give the game no artificial difficulty – your successes and failures are your own.

If there’s any major criticism to be had, it’s involving difficulty. Battles can get out of hand if you get flustered, but a skilled player will rarely, if ever, die. When and if you do, however, you’re simply put back at the last autosave – and the game autosaves every few rooms or so. You’ll never be put back farther than the encounter that defeated you, and the game never takes anything from you upon death, making failure a mere annoyance at best. Some gamers might enjoy the low-stakes approach, but it creates little incentive to do well outside of the look and feel of it. Outside of the difficulty, there’s the threat of repetition in the gameplay, but the variety combined with the brisk five-hour length does enough to combat it. Finally, the game’s replayability is questionable, though certainly not absent; the game’s open to low- or no-upgrade challenge runs, but outside of that it’s about as replayable as the average Zelda game – if you like to run through those multiple times, Severed will be a similar experience.

As you might have guessed by now, there are a ton of moral issues to talk about. The violence is the big issue: outside of the severed limbs, enemies killed without a full focus meter explode into bloody chunks. Sasha’s stump, wrapped in blood-stained bandages, is visible on the pause menu throughout the game. Most of the violence is against monsters, and you never attack any humans outside of sparring with your mother in a flashback at the start of the game, but there are some humans you find whose fate is, quite literally, not easy on the eyes. To increase your health and mana, you collect heart and brain pieces – and proceed to eat the completed organ piece by piece. The general creepy atmosphere is just icing on the cake: while never outright scary, it can get a little unnerving at times. Also, one of the in-game achievements is titled “bad*ss” – though it’s the only example of crude language in the game. Simply put, this game is not for children.

If you can stomach some hefty body horror, however, Severed is absolutely worth looking at. With tight controls, simple but varied and engaging gameplay, and a well-designed world, Severed is a game as good as any on the Wii U – and at $14.99, it won’t even cost you an arm and a leg.