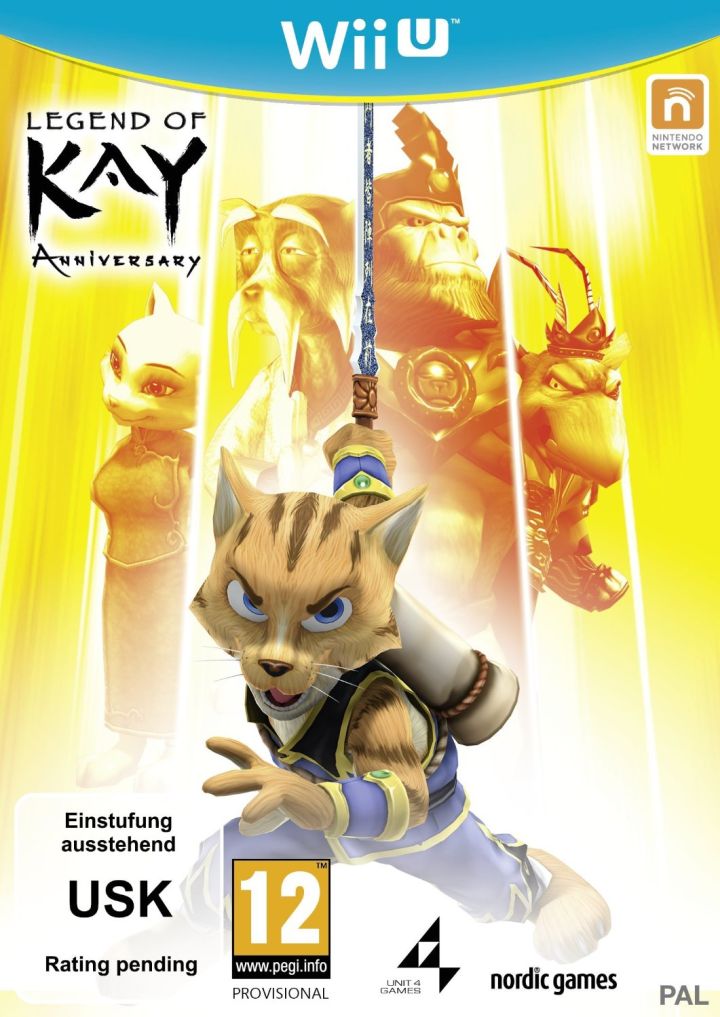 Thank you Nordic Games for providing us with a review code!

Legend of Kay was originally released for the Play Station 2 in 2005 and was ported over to the Nintendo DS five years later.  To celebrate its ten-year anniversary, Legend of Kay was overhauled with high resolution textures, more detailed character models, and surround sound.  The Anniversary edition has been released for PC/Mac, PS3/PS4, and Wii U.

The story and its emotionless voice acting remains the same.  The mystical land of Yenching which is inhabited by cats, rabbits, frogs, and pandas, is now being oppressed by gorillas and alchemist rats. Some believe that this invasion has happened because the residents have lost their way and no longer walk in the essential goodness of life.  To restore balance on this island once more, a warrior must rise and rid the land of its threats.

This young warrior is a cat in training, named Kay.  Sadly, his unreliable master spends more time drinking than training him.  When the town's mayor disarms the village in exchange for a statue in his honor, Kay and his master step up the training regiments until their Dojo is closed down.  To make matters worse, a once peaceful boar is threatening the village and must be stopped. 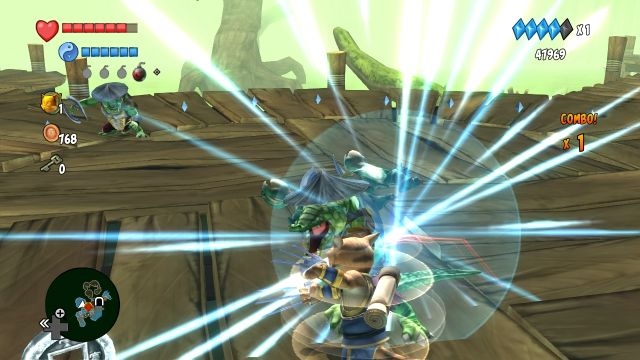 Kay discovers that this boar is wearing an amulet that is making him unusually aggressive.  These rats are posing a great threat and can cause much more devastation by controlling bigger and more powerful creatures.  Kay sets out to stop them after stealing his sensei's prized sword.

Legend of Kay is a 3D action adventure style game where Kay must battle enemies, win racing mini-games, solve puzzles, dodge fire and water as much as possible, and jump over and across many moving platforms.   While I enjoyed the racing and fighting aspects, I wasn't a fan of all the jumping.  While some of the jumps are challenging on their own, the horrible camera controls only complicate matters and adds to the frustration of the game.  Even though the camera can be manually moved, it's still very limited and extremely annoying at times.

The graphics are fair, but nothing special. The character models are nicely detailed while the environments are pretty bland.  I haven't played the original version so I can't compare the two, but the Wii U version looked decent and ran well.  The comic book style story sequences were well animated and looked good. 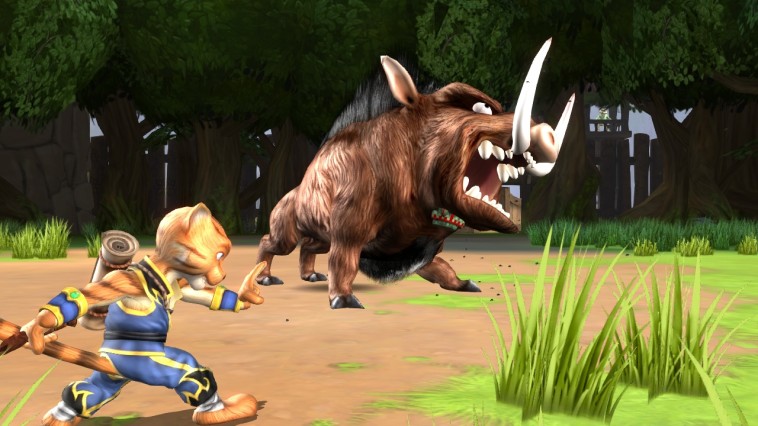 As I mentioned earlier the voice acting is lacking any emotion and I'm surprised that they didn't give that part of the game an overhaul.  Even when Kay was calling the enemies "lying b*stards" it sounded rather stale.  The D word is used as well throughout the game.

It's a shame that Legend of Kay has language in it since my kids took an interest in the game.  The colorful graphics got their attention and they enjoyed watching me play and helped me in solving a few puzzles.   I have learned the hard way to solve every puzzle when I see one.  In the beginning of the game I meant to go back and solve one after completing a story sequence, but was whisked away to the next chapter without an option to go back.

Despite the frustrations, there are many fun moments in Legend of Kay Anniversary.  The main story is about fifteen hours long so keep that in mind and the language issues before parting with $20.  Fans of the 3D Zelda and Mario games will probably enjoy this classic.