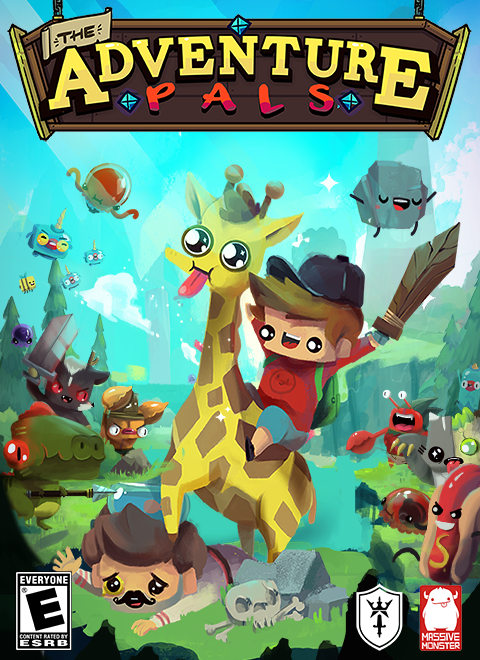 Thank you Armor Games Studios for sending us this game to review!

Though we never want to admit it, judging a book by a cover is something we all do at a subconscious level. It’s simply human nature; being able to differentiate friend from foe at a glance is necessary for survival. Sometimes, a preemptive judgement can backfire, causing one to miss out on many great things. This almost happened with The Adventure Pals. The first time I saw it, I noticed the childish aesthetic and immediately assumed it was low quality, like so many other games with the look. When I heard how well it was received, I was admittedly surprised. Now, I’ve finally gotten to experience the game, and know exactly why people love it.

It’s your birthday in The Adventure Pals, but unfortunately, your father has been kidnapped by Mr. B, who intends to turn him into a hot dog. Alongside your father’s last gift, a magical giraffe named Sparkles, and a sentient rock, you must amass enough rubies in order to satisfy Mr. B and recover your father. Everywhere you go, you encounter more memorable characters and unique scenarios. I quickly realized as I played that the one thing you couldn’t disregard in The Adventure Pals was the writing.

The cartoonish plot of The Adventure Pals is one of the most charming I’ve seen this year. The similarities to the show Adventure Time are no coincidence, as the game was clearly thematically inspired by it. However, the writers also brought many unique ideas to the table. The ridiculous introduction to The Adventure Pals is only a preface to the nature of the world. The game constantly maintains a certain level of lightheartedness, even in the most serious of circumstances. Almost every NPC also has a quest that made them more interesting and memorable. For example, a girl in the first town asks you to defeat a certain enemy. When you return from that mission, she reveals that she despised him due to him always stalking her on social media. I didn’t expect that line when I first met her, yet still remember it now. Very few characters felt bland, and it didn’t feel like any areas were artificially enlarged by overloading them with NPCs. The writers of The Adventure Pals created a clever, unique story filled with memorable characters, no matter how large their roles are in the story. 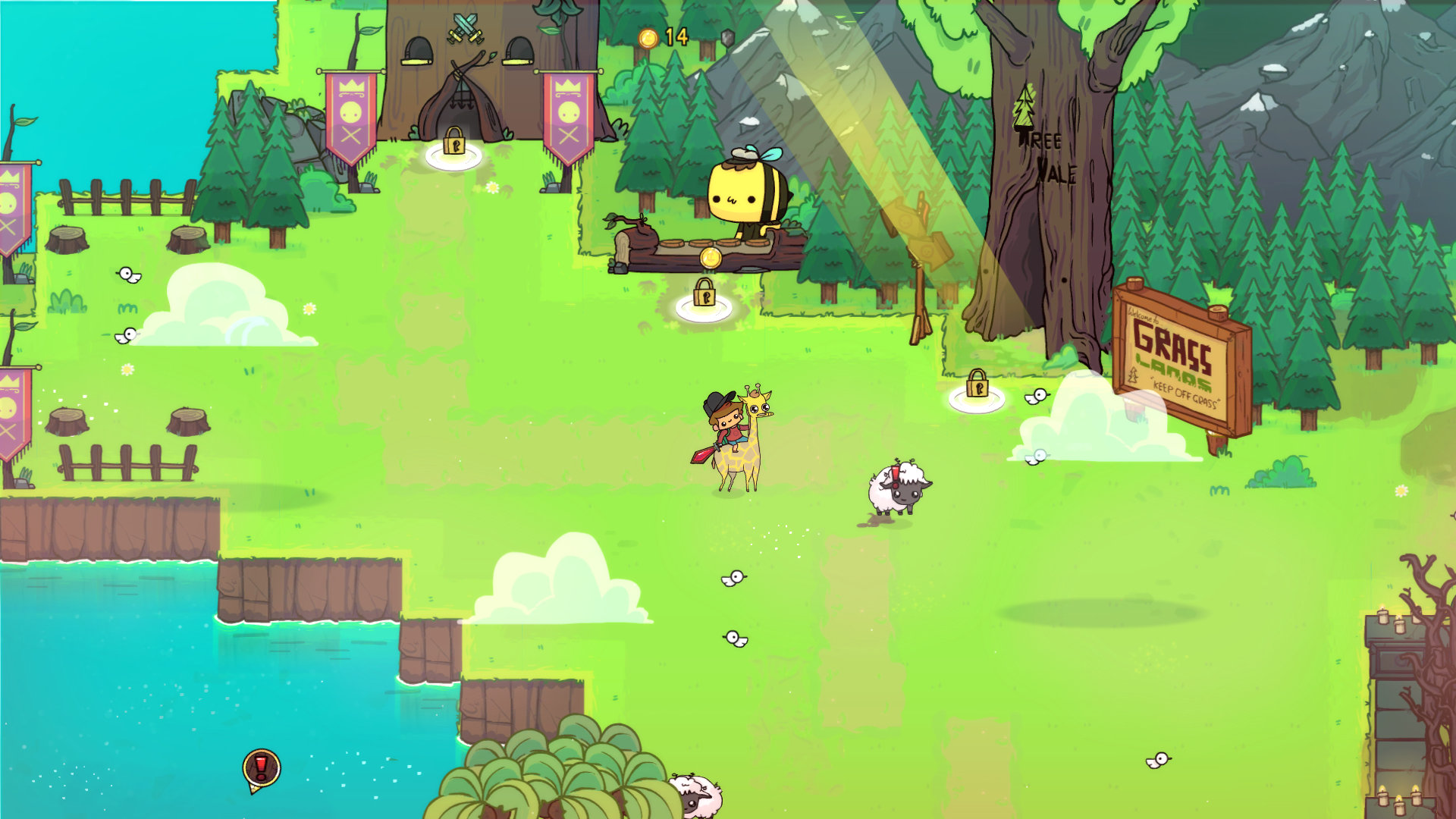 The gameplay of The Adventure Pals was simple at first, but always enjoyable. It’s an adventure platforming game, split into levels with 5 segments each. Each area has a goal, as well as an optional cupcake that serves as a collectible. One section also has a bonus stamp, hidden similarly to the cupcake. Generally, there are two types of platformers: harder ones focused on precision, and easier ones focused on item collection. The Adventure Pals felt like a mix of the two. On one hand, there aren’t many collectables besides the (often obvious) cupcakes, but on the other hand, your character has infinite wall jumps, automatically uses health potions when his HP reaches 0, and can float using Sparkles. However, this has an emphasis of balance between vertical and horizontal that is usually only seen in Metroidvanias. It’s quite the exception in this regard, and I think that perfectly fits what the game is going for: being different.

The combat itself was satisfying, but began to feel a bit repetitive after a while. This is no Hollow Knight; the combat was on the simplistic side, and was rather easy in comparison. However, if you wanted a challenging platformer, you probably shouldn’t have expected it out of this in the first place. In The Adventure Pals, you can use a sword, items, and skills. Your sword swing is the bread and butter attack, staying relevant throughout the entire game. It’s fast, deals plenty of damage, and keeps the enemy stunned. Items helped me in a pinch, but I rarely felt the need to use them. Often, whacking the enemies with a sword repeatedly was a safer and more effective option than using items. Every enemy drops experience orbs, which slowly help progress towards a level up. Every time you level up (about once a stage, in my experience), you get to choose a new ability. These can help in combat, providing boosts such as Sparkles serving as a grapple, or platforming boosts, such as no longer being instantly killed by falls or spikes. These add a bit of variety to each experience of The Adventure Pals, but I don’t think it is enough to warrant additional playthroughs. This light RPG element helped make mid to late game feel different enough from early game, but I still feel that combat got repetitive. Personally, I enjoyed the game in short bursts as opposed to prolonged sessions, since I was refreshed each time I played. There’s an odd satisfaction you get from playing The Adventure Pals. Although not very challenging, the game was simply fun to sit down and relax to. 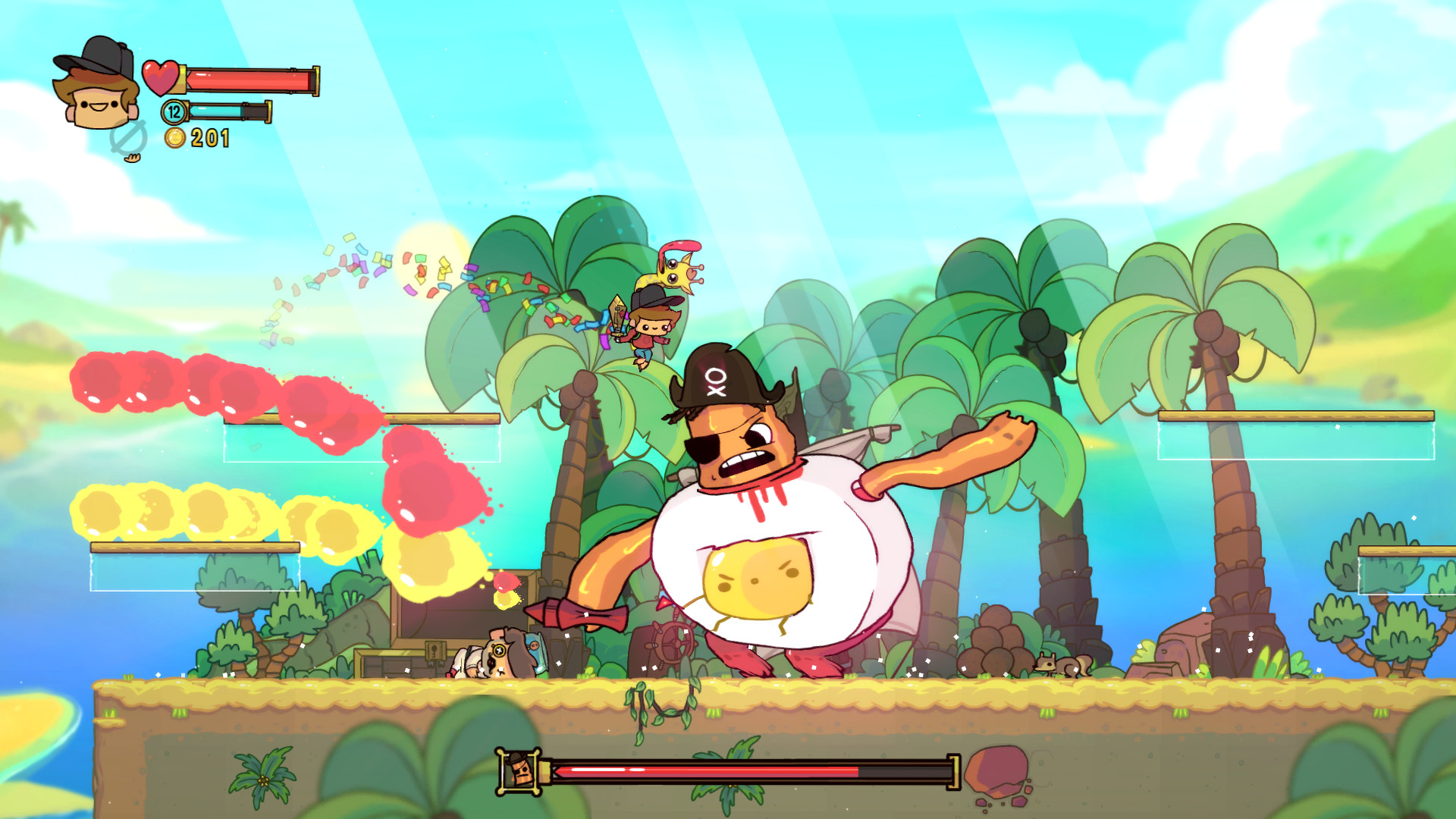 The visual style and music also helped exemplify the unique nature of The Adventure Pals. The game had a cartoonish style, with extremely modified character proportions, a bright, vivid art style, and a lack of clutter on the screen. It’s clear that the designers knew what they were doing when they made The Adventure Pals, since the experience felt authentic. The soundtrack was also quite nice, though a bit repetitive. The same theme was used for many consecutive stages, which got a bit boring after a while. The themes were all very good, but a bit more variety would be appreciated. It is worth considering that many cartoons reuse themes, so it may have been intentionally done this way. Even with a bit of a weak soundtrack, The Adventure Pals had a very fitting presentation, making it extremely enjoyable.

As is expected for a game primarily aimed at children, The Adventure Pals is morally safe. The violence is bloodless; the only things exhibited are swords making contact and the explosion of bombs. There is no obscene language or sexual content. The ESRB states there is crude humor, but during my playthrough, I didn't find anything offensive. The idea of humans being turned into hot dogs may be seen as supernatural to a few, but there really isn't much to worry about. Also, the importance of family is emphasized throughout the entire game, which is great for children. The Adventure Pals probably can't get much more morally safe without losing some of its charm.

Although there were a few problems, The Adventure Pals is a very enjoyable game. The story is quite well written, keeping me hooked all the way through. The developers clearly wanted to make this game feel like a cartoon, and I think they did a stellar job doing so. The gameplay, while not the most riveting at times, was fun, allowing The Adventure Pals to be enjoyed while relaxing. It did get a bit repetitive, though. The presentation was also well done, giving the game a very cartoonish feel. Despite being on the simpler side, The Adventure Pals was a satisfying game that I can confidently recommend.