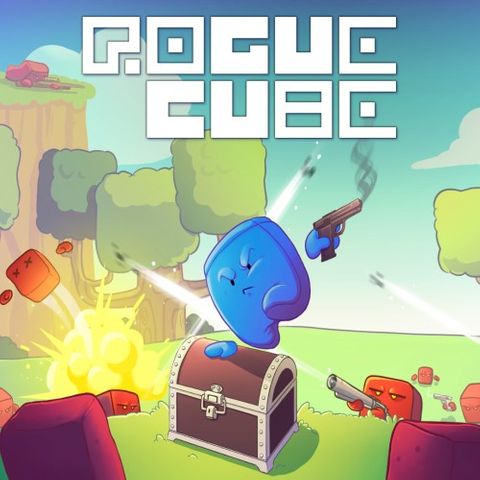 Thank you Ratalaika for sending us this game to review!

RogueCube is a fun top-down rogue-like shooter where you explore lots of procedurally generated levels and fight many different types of enemies. You can play with your friends, or you can play alone. If you want, you can even battle against your friends in a versus mode!

Each level is different, but they all still have some similarities. They usually have at least one chest and always have ammo boxes scattered about. To get to the next level, you have to kill all enemies and get to a gate that opens after they are all gone. This lets you prepare for the next level before you actually play it. 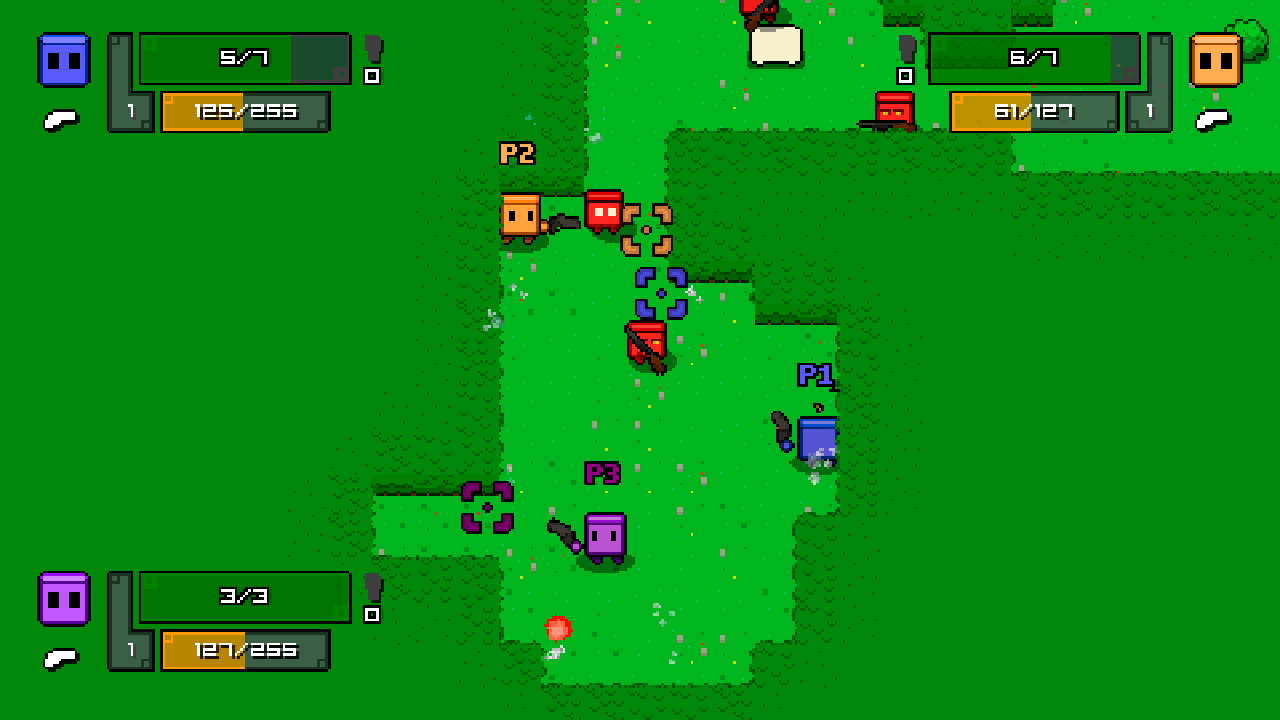 Strong Points: Fun; different every time; multiplayer; lots of different weapons to use
Weak Points: Some weapons are not balanced; crashes and bugs
Moral Warnings: Violence

There are 37 weapons, and they all have their advantages and disadvantages. They can be from revolvers to guns that literally shoot rainbows, and they all use a certain type of ammo (except for melee weapons). Melee weapons can only be used at close range, but they can deflect bullets that are coming at you. Plasma weapons do a lot of damage and use plasma for ammo. Bullet weapons use bullets, and explosive weapons use explosives. There are also a few weapons that use “special ammo.” These are things like crossbows and staple guns. Bullet weapons consist of things like revolvers and machine guns and shotguns. Plasma weapons shoot lasers. Explosive weapons do excessive amounts of damage, and can blow up the terrain. They can also kill you if you are close enough, so keep your distance from any walls while you are using these.

You start with three characters, but there are seven more unlockable ones. The three you start with are Blue cube, Purple cube, and Orange cube. Blue cube is just a normal cube and he cannot do anything special. Orange cube is a lot more accurate but can carry less ammo. Purple cube can do insane damage but has only three health (the others have 7). The unlockable ones are characters like Sam (probably a reference to Serious Sam) and Ninja.

In the campaign, there are 8 worlds. They are all different biomes and contain different enemies. If you die, you have to restart from the first level. I only got to the third world without dying. There are four bosses, and I was able to fight one called “Rufus.” He is found in the second world, and he is a hostile dog that can send enemies out to attack you. He also can shoot projectiles. 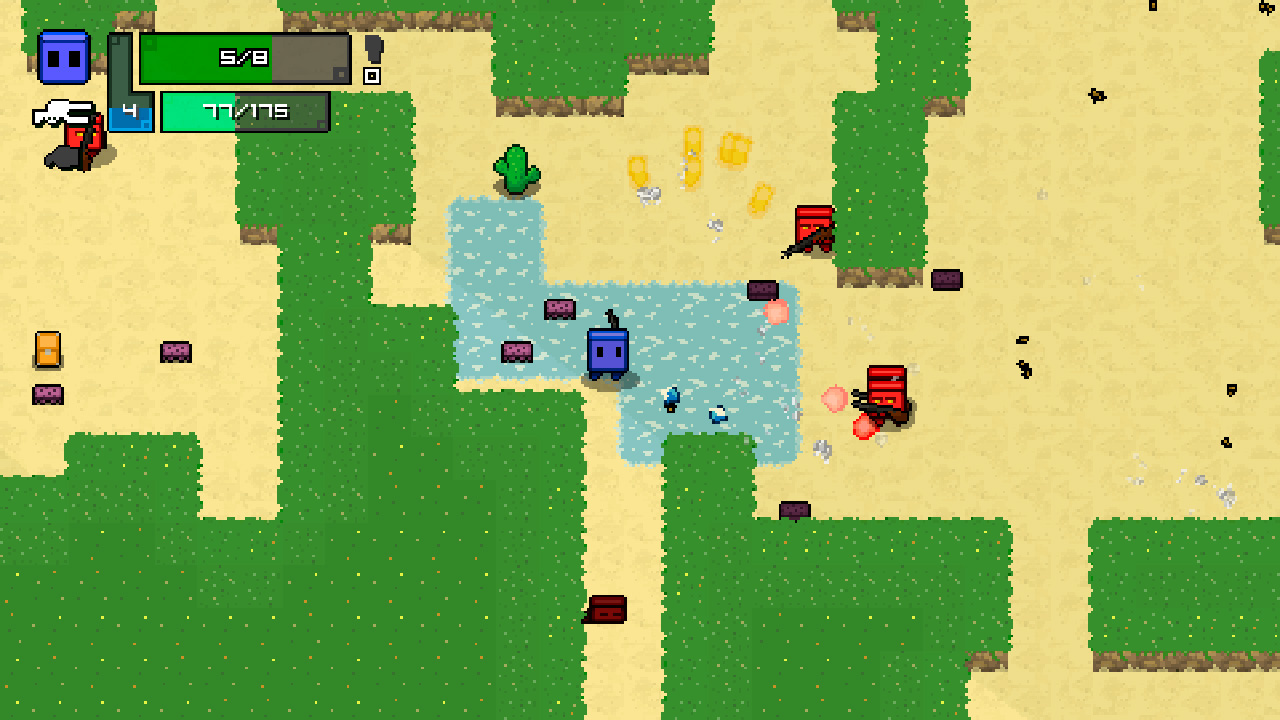 The music is decent, and the graphics are very pixelated. The controls are fine, but this game cannot be played with only one Joy-Con. This is because it uses both joysticks.

Morally, RogueCube is fine, but it obviously has some violence. There is no blood, but when you kill an enemy its body does not disappear. This does not bother me, but it might bother some other people.

In conclusion, RogueCube is fun and time-consuming. It is multiplayer, so if you have friends that want to play, then you can play versus or co-op. With 37 weapons and even more levels, this game has a lot of content.