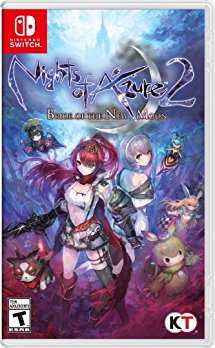 Another azure moon is on the horizon and if it fully eclipses, what is left of humanity will fall into an everlasting slumber. To seal the Moon Queen’s powers, the Curia arranges a saint to be offered as a sacrifice. The Moon Queen is well aware of the saint’s special time-altering power and wants to claim it for herself. If this happens, the world is doomed so a guard has been assigned to the saint. Aluche is a knight of the Curia and a childhood friend of the saint, Liliana. Aluche is well aware of Liliana’s role and does not want to see her friend die and would like to avoid it if possible.

Another female named Lourdes is also after Liliana and wants to stop the Curia from offering as a sacrifice. Since Liliana gets separated from Aluche early on in the game, it’s a race against time to see which character, Aluche or Lourdes, reunites with her first.

The story and gameplay mechanics are pretty similar to that of the first game. Again, the girl being offered as a sacrifice is a dear friend of the knight sworn to escort her to her doom. Since there are new characters this time around, you don’t have to play the original to enjoy this title. Arnice is referenced and one of the characters in this title is infused with her demon blood. 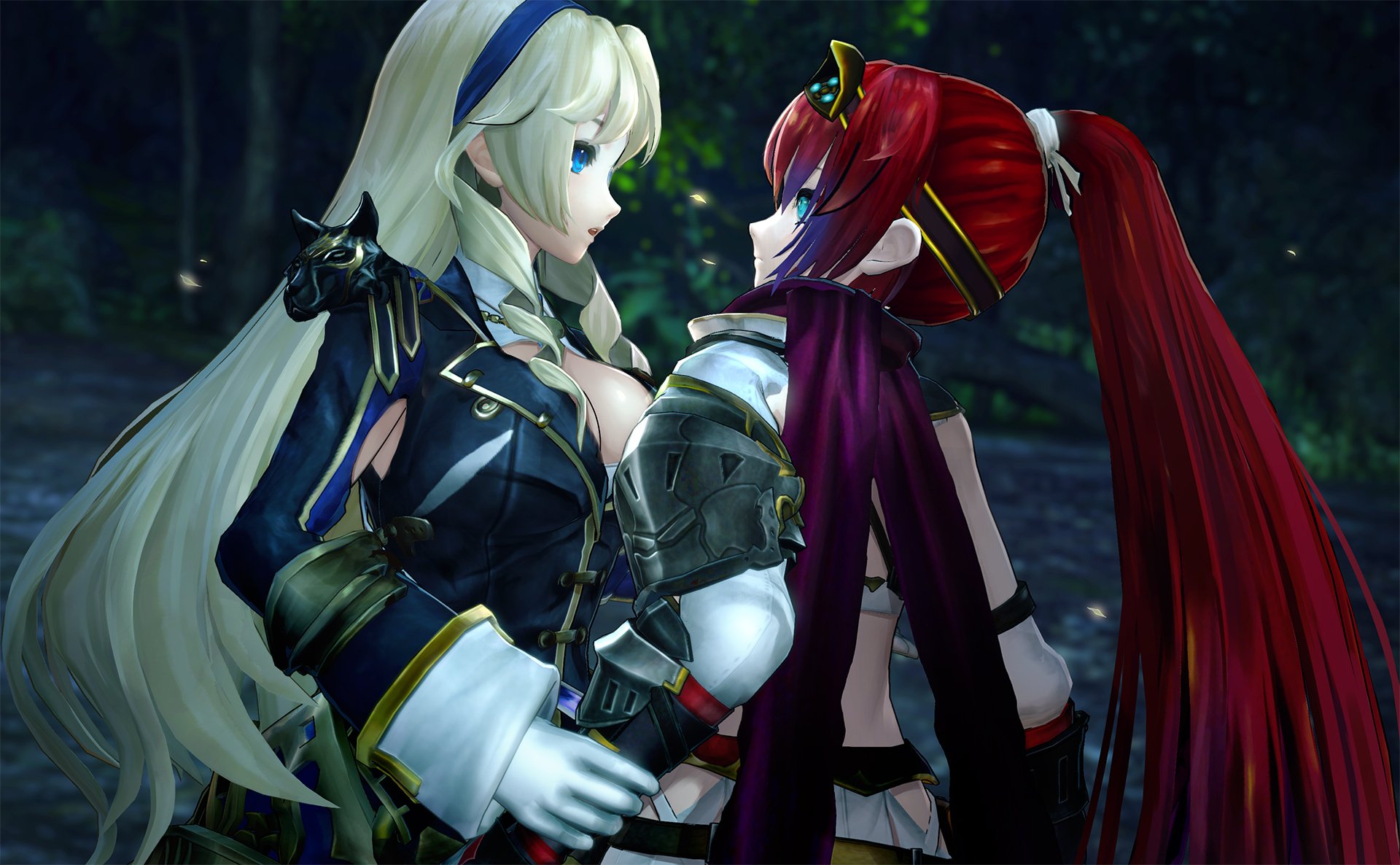 Strong Points: Runs pretty well on the Switch; fun combat
Weak Points: Story is similar to the first one; scaled down visuals; not used to B button being used to confirm
Moral Warnings: Same sex attraction between females, kissing is shown; blood and violence; magic use; summoning demons; very skimpy and revealing outfits shown throughout the game; language (d*mn, *ss, hell)

Nights of Azure 2 is broken down into seven chapters that are further broken down into days. During each day Aluche can go explore and battle nearby demons to collect their blue blood for leveling up her attributes. Like the original game, the amount of time you can battle/explore is limited, but you can add more time by leveling up. Every day spent causes the moon to eclipse further and if it fully eclipses, the game will end. Thankfully, for every boss beaten, the eclipse will reverse a bit.

Aluche doesn’t have to fight alone. In fact her companions, both human and demon, are quite helpful in battle. You can change out her battle partners which have different fighting styles and benefits. As she fights more and more with a person, her affinity/relationship will grow. Servans (summoned demons) are also available to assist in battle and they have a wide variety of skills to utilize in battle.

Be sure to level up your servans and Aluche. You can equip them with valuable relics to give them a further edge in battle. Aluche’s leveling up outfit is quite revealing and leaves little left to the imagination. Besides lots of skin being shown, there is some female/female kissing and the vampire is shown feeding off another female character. Other moral issues worth noting are the language (hell, d*mn, *ss), magic use, and lots of demon blood is spilled during the battle sequences. 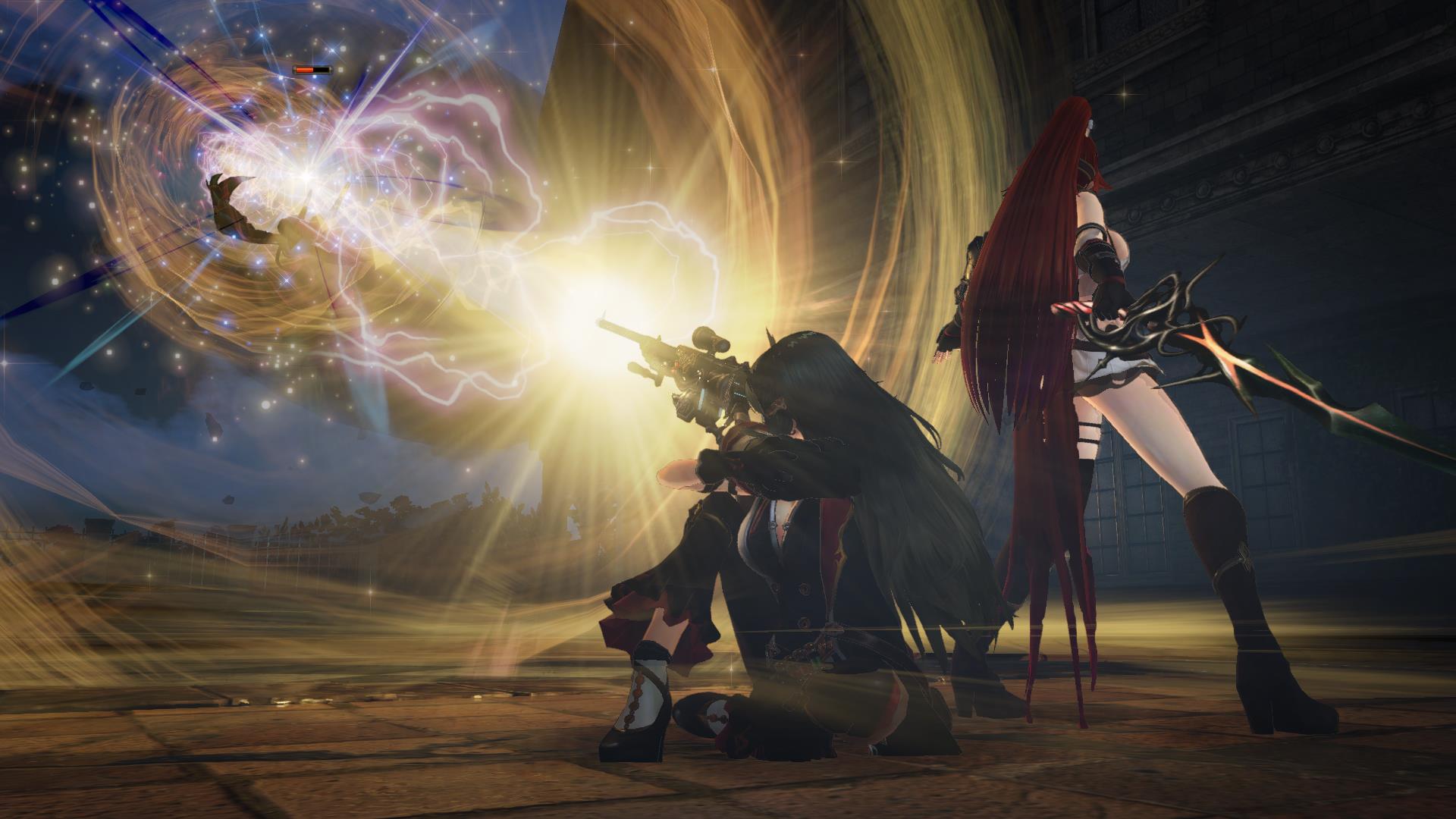 The combat is enjoyable in this game. Besides guarding and dodging, you can use strong and normal attacks on the swarms of enemies. With the special attacks and magic use, there is plenty of eye candy to be seen. The enemies have a lot of variety to them and the bosses are intimidating.

While not gorgeous, the graphics on the Switch version look good and run well when played on the small screen. Many of the graphical details will suddenly pop into place in the background. If you’re planning on playing on a bigger screen, you may want to opt for the PS4 or PC version of the game, as it does not look good blown up. The portability is great on the Switch version though.

The Japanese voice acting is well done. The background rock music is great as well. I was hoping the Steam version would have a soundtrack to download, but there isn’t one available. There are some DLC side stories available though. One of them is free while the other sells for $8.99.
In the end, Nights of Azure 2: Bride of the new Moon is a decent action RPG though I found the lack of clothing and female attraction elements annoying. This game definitely earns its Teen rating and I don’t recommend playing it around children.