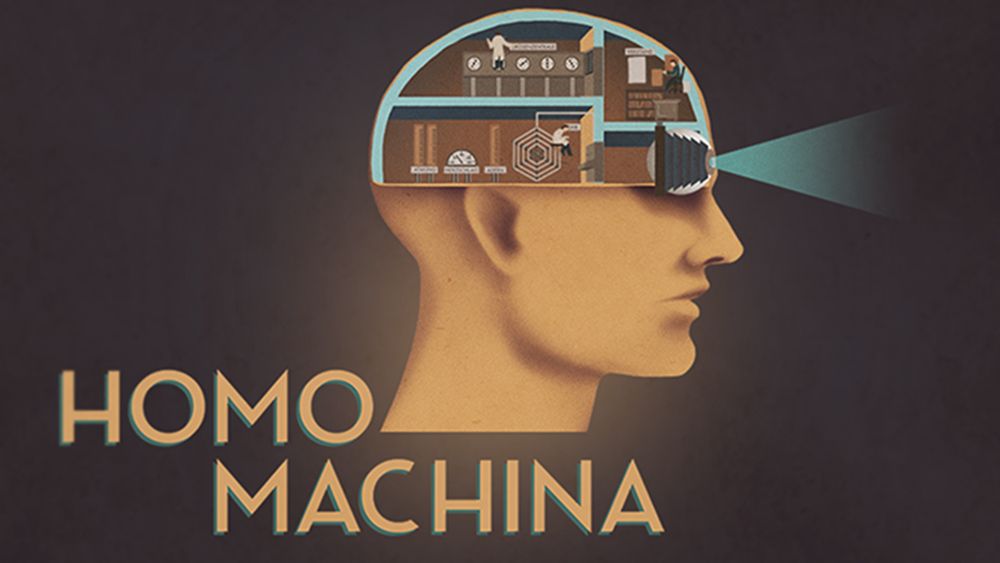 First of all, thanks to ARTE Experience for the code for this great game!

Homo Machina is a game based on an intriguing concept. An educational game designed to teach about the human body, the gameplay takes place inside a human body designed to function like a 1920s factory. It then takes you on a virtual tour through all the body systems as you 'learn' what goes into basic human functions. The game starts in a place called 'Desire Headquarters'. From here you view the factory-like setting that imagines bodily functions taking place in the form of a factory. The center of the body is imagined as an absent-minded boss asking about various functions of the body along with his secretary reporting.

Homo Machina is a bit awkward to get into at first as it does a vertical, rather than horizontal, setting. It all takes place on a touch screen, which was a bit hard to get used to at first. But gameplay and controls are simple from here. A large hand will direct you to the next section to touch to get working on. You 'power up' individual sections of the human body and then the characters direct you to your first task- opening an eye. As this takes place, the characters direct the action of opening an eye like it was done at a factory line job. 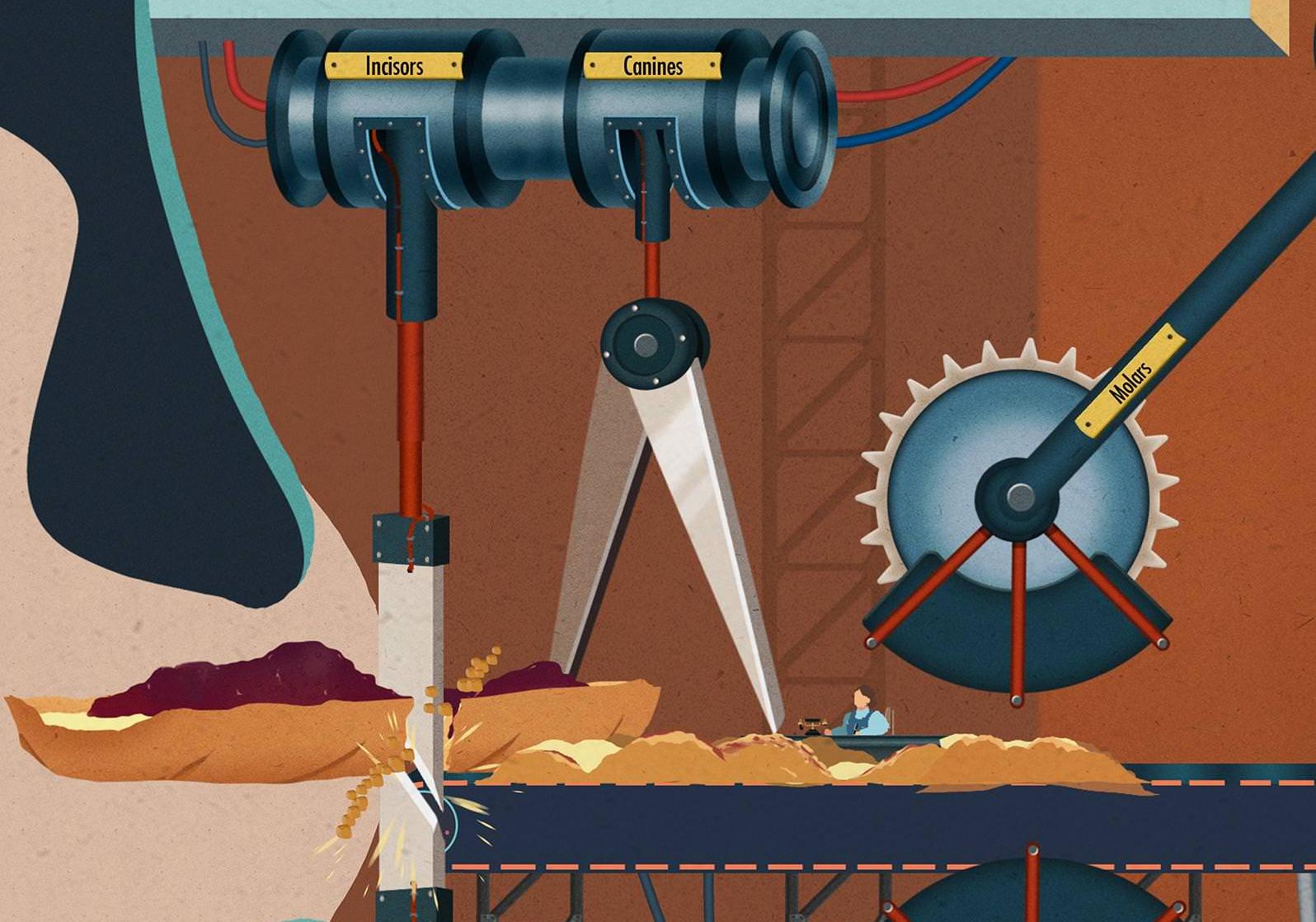 In the intricacies of play, you are directed to solve various puzzles. The second puzzle involves unclogging a nose and it's not clear exactly how you are to solve this from the directions. After a while, I finally figured out you had to direct the factory worker to use a water cannon-like device to clear passages in the nostrils and play around with a hot and cold water pump to move on to the next puzzle.

The game progresses in a linear fashion, from one puzzle or bodily function to another, and they are all tied together quite nicely, in a way that it's really simple to figure out what's going on. If anything, the game is too simple at times. But as someone who has a background in medicine, that may just be my personal bias. Someone who may know little about the human body might find this fascinating, and it looks to be a game directed for children anyways.

The soundtrack is a negative. Often it is a repeated loop of simple notes that I found to be very annoying, similar to elevator music. Of course, this is somewhat true to the spirit of the founder on whom this game is based- Franz Khan- but I did not find it enjoyable for a modern audience. Few of the tracks stood out to me. The sound effects, though, are another story. Realistic sounds of breathing and quirky sound effects help breathe life into Homo Machina. There's a sound of a hose when clearing the nasal passages, and the bleeps and blips are authentic to the avant-garde style of the 1920s in which this was based.

Graphic wise, this game is solid. It really does look like the 1920s factory it's marketed as. It is not 3D but the graphics are updated and modern enough so that it doesn't play like an 8 or 16-bit game. The characters don't really stand out though- they are pretty flatly drawn, and speech is done out of speech balloons.

As for moral content, well, this is a pretty clean game. If you wanted to get really picky, you could pick on Franz Khan and the avant-garde movement being somewhat of a negative reaction to Christianity in a world trying to find its soul after the First World War, but that doesn't affect gameplay at all. There are no overtly atheistic or anti-Christian messages, the characters are covered, and the interactions between boss and secretary don't hint at anything not platonic.

In conclusion, this is not only a clean game, it's a fun and educational one. Some younger players might not get on board with it, and I will admit it did not immediately draw me in. The soundtrack made my ears bleed though, and it could be completed in under an hour. However, the $2.99 price is a fair one for it, and there's nothing to be concerned with morally. If you want to learn about the human body or are looking for something for your kids that's educational and clean, pick up Homo Machina!