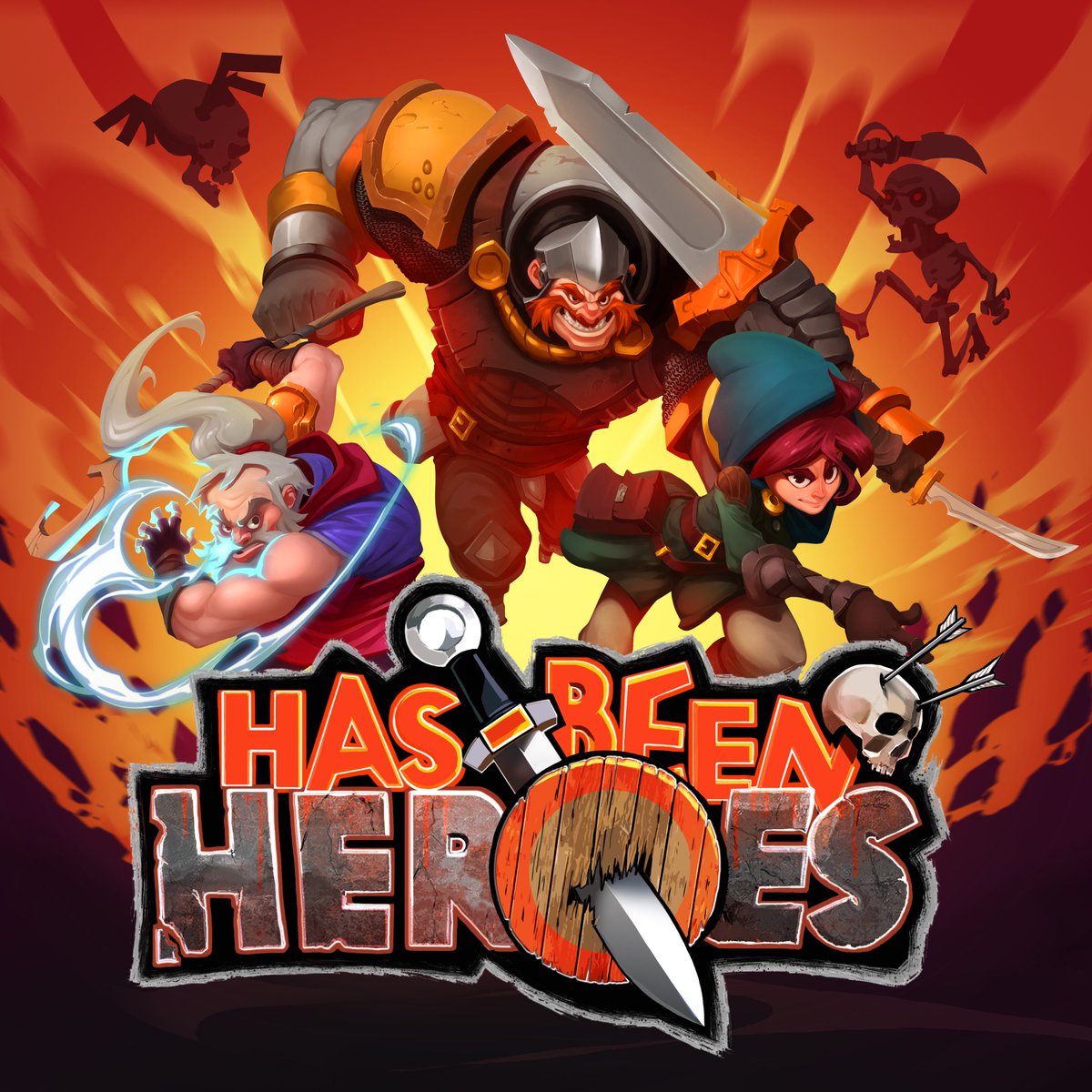 Thank you Frozenbyte for sending us this game to review!

The mighty warrior and monk have saved their kingdom countless times and the land has been peaceful for so long that many have overlooked their heroic deeds.  The king hasn’t forgotten about them and summons the warriors for their final adventure: escorting his daughters to their new school.  The roads are no longer safe and hordes of undead monsters and carnivorous plants have become a serious threat as of late.  Are these aging heroes up to the task?

On their way to the king, the warrior and monk meet up with a young rogue who wishes to join them.  These three heroes are your starting party, but many more become available as you play through the game.  Besides heroes, you can unlock and view various items, enemies, spells, and regions.  Since death is permanent in this game, the items and spells collected in the journey are not transferable.   You can still view them in the game menu though.  You can also view the game stats to see how long you’ve played, how many times you’ve completed or failed, the damage of your most powerful attack or spell, how many endings you have seen and much, much more. 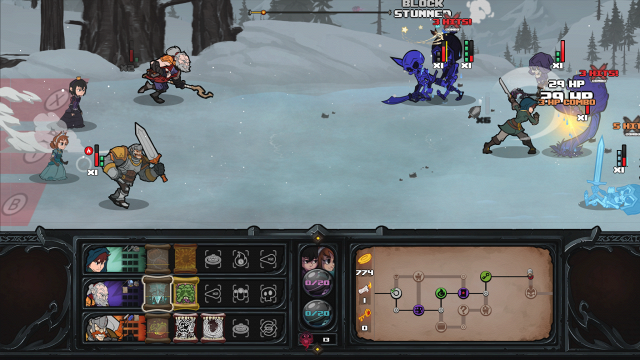 When the trio of heroes set off on their adventure, the region is selected via a coin flip, the map is randomly generated, and no two journeys will be the same as a result.  There are multiple paths to  choose from to get to the boss, but you can only backtrack if you have a candle available.  Unfortunately, candles are in short supply so you’ll have to plan your route efficiently.  Making a B-line for the boss isn’t a good idea since you’ll want to explore as many of the unknown areas as possible for a chance to collect loot.  There are merchants who sell items, magic, and keys which you’ll need to unlock chests.  If you’re feeling lucky, there’s a magic gambling area where you can play a game of cups to take a chance and purchase a spell for 100 gold.  Occasionally you’ll run into a camping area to replenish your stamina.  Be sure to stop there!

Both the players and enemies have stamina and health bars.  In order to do damage to an enemy you’ll have to deplete their stamina beforehand.  It’s a good idea to have one hero whittle down the enemy’s stamina to stun them while another does enough damage to finish them off.  Magic spells are not required, but you’ll be doing your team a disservice by not using them.  Once a spell is cast it’ll have to re-charge before you can use it again.  Using spell and attack combos are crucial, especially in the boss battles.

The battle system is a bit daunting in this 2D strategy rogue-like game.  Fortunately, it pauses often and you’ll need to plan your attacks while the action is suspended.  I found the row combat much easier in Grand Kingdom, but this title has a bit of a learning curve and its difficulty doesn’t help matters either.  Each hero is placed in a row: X, Y, or B.  Once a hero attacks, they have to recharge before they can do so again.  While the hero is attacking and out of their default position, you can swap them out with an idle hero.  Swapping out heroes is mandatory since they will often have their attacks blocked or nullified by an enemy’s resistance. 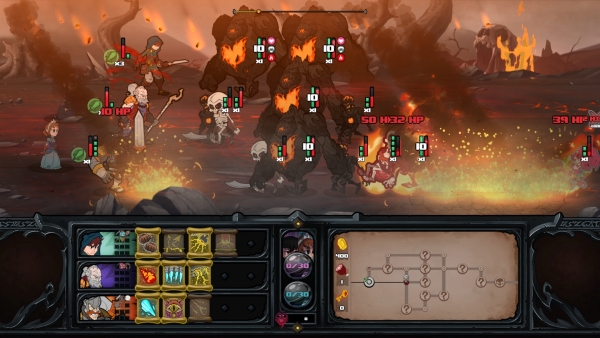 The battles are timed and the heroes are rewarded if the enemies are all eliminated before the timer runs out.  Just surviving until the end of battle is okay too.  Each defeated enemy will provide you with a soul, which you can exchange with St. Peter to unlock various items.    If any of your party members dies, your whole party will wind up at the pearly gates and your adventure will end.  Depending on how well your party does, you’ll be able to view the various endings available for this game.

There is a little blood in the fighting, but this title is relatively clean overall.  According to the ESRB, the word d*mned appears in the game, but I didn’t notice it.  The dialogue is witty though I often skipped past it out of habit.

The $19.99 is a fair price for Has-been Heroes.  If you enjoy rogue-like games and unlocking stuff then you’ll enjoy this title.  If you’re looking for a slow-paced turn based RPG game, then you’ll want to look elsewhere.