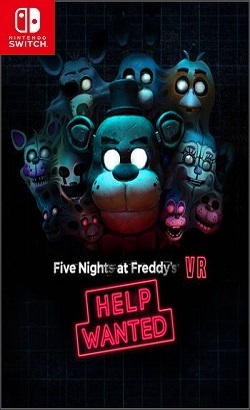 Thank you Steel Wool Games for sending us a review code for Five Nights at Freddy's: Help Wanted on the Nintendo Switch.

In 2014, game designer and publisher Scott Cawthon had this crazy idea. He had just finished a family-friendly game called Chipper and Sons Lumber Co. The game was not incredibly popular, and the initial reviews of the game were quite negative. One of the main criticisms that Cawthon received was that his characters were a little “creepy” and they moved more like terrifying animatronics than actual living things. Cawthon could have taken these criticisms the wrong way thus hindering any future development of games. However, instead of hindering him, the critiques only inspired him. If people thought his characters looked like creepy animatronics, then that is exactly what they would get. Thus Five Nights at Freddy’s was born.

Cawthon, who formerly developed Christian video games including A Christmas Journey and Pilgrim’s Progress, had found his niche in childlike terror. Five Nights at Freddy’s would quickly move from being a cult hit enjoyed by YouTube stars and streamers to being a full-fledged pop-culture icon. T-shirts, comic books, novelizations, and yes, even an impending movie were just a few of the many manifestations of this popular game. It would seem as if everyone loves a good jump scare, and nothing seems to scare people more than experiences in VR.

With a catalog of at least six games, it was only a matter of time before FNAF made it to VR. That is where Five Nights at Freddy’s: Help Wanted comes in. This game is the VR experience that fans have been waiting for featuring seven mini-games, three of which are remakes of the first three games in the franchise. Each game is a different experience, yet they all use the same gimmick that the franchise is known for: heart-pounding jump scares. 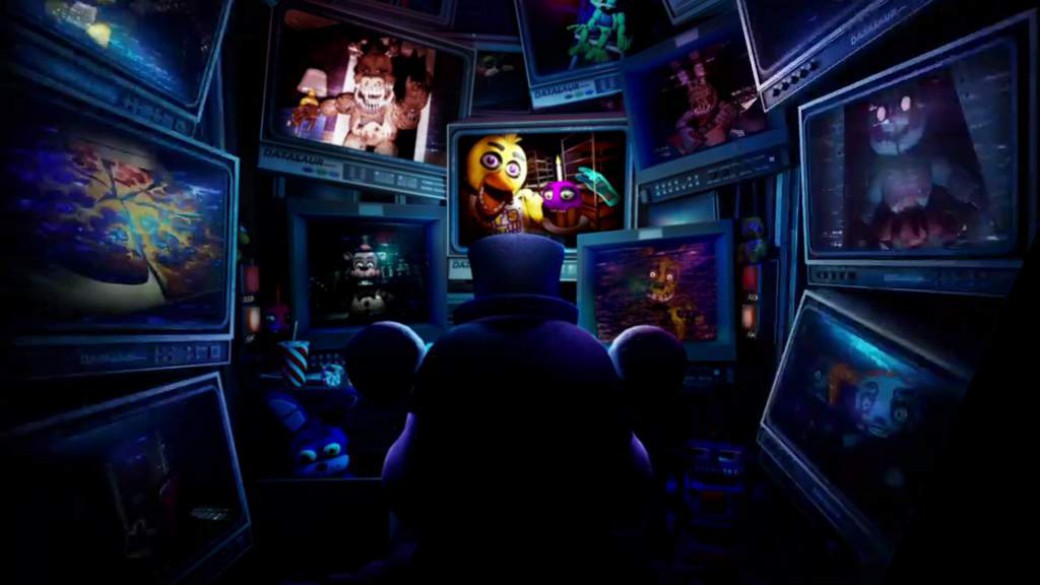 Now, it must be noted that I played this game on the Nintendo Switch. I would imagine that the experience is quite different with an actual VR setup, however, the core gameplay is the same, along with the point and click interface. The game itself is huge: a whopping 13 gigabytes for a digital download. That is pretty cumbersome for the hybrid console, but the proof is in the pudding; this game is terrifyingly gorgeous.

The visuals are the first aspect of this title that pops out. The first three games have received a major facelift, and as a result, they are more terrifying than ever. The seven mini games featured in this title are all presented as “experiences” from Fazzbear Industries. So, within the story, this is a PR stunt by the corporation to downplay what happened in the other games. The simulation is quite convincing, as each of the experiences offers plenty of jump scares to go around.

Most of the games have the same general mechanics. Think of them like a type of scary game of Red Light, Green Light. You play as a security guard or repairman in any given minigame, and you must determine how many times to turn on the lights or activate the cameras to stop the animatronics from getting to you. In one game, you have to repair the broken down robots by following the instructions from the announcer. Whatever the minigame may be, the lighting, or lack thereof, is perfectly in tune with the action, and it provides plenty of terror for the player. Even the creepy sounds and music are very well mixed and only heighten the frightening experiences. In fact, this port would be a nearly perfect rendition of the FNAF universe if it were not for the fact that it is a VR game that is not even close to being VR. 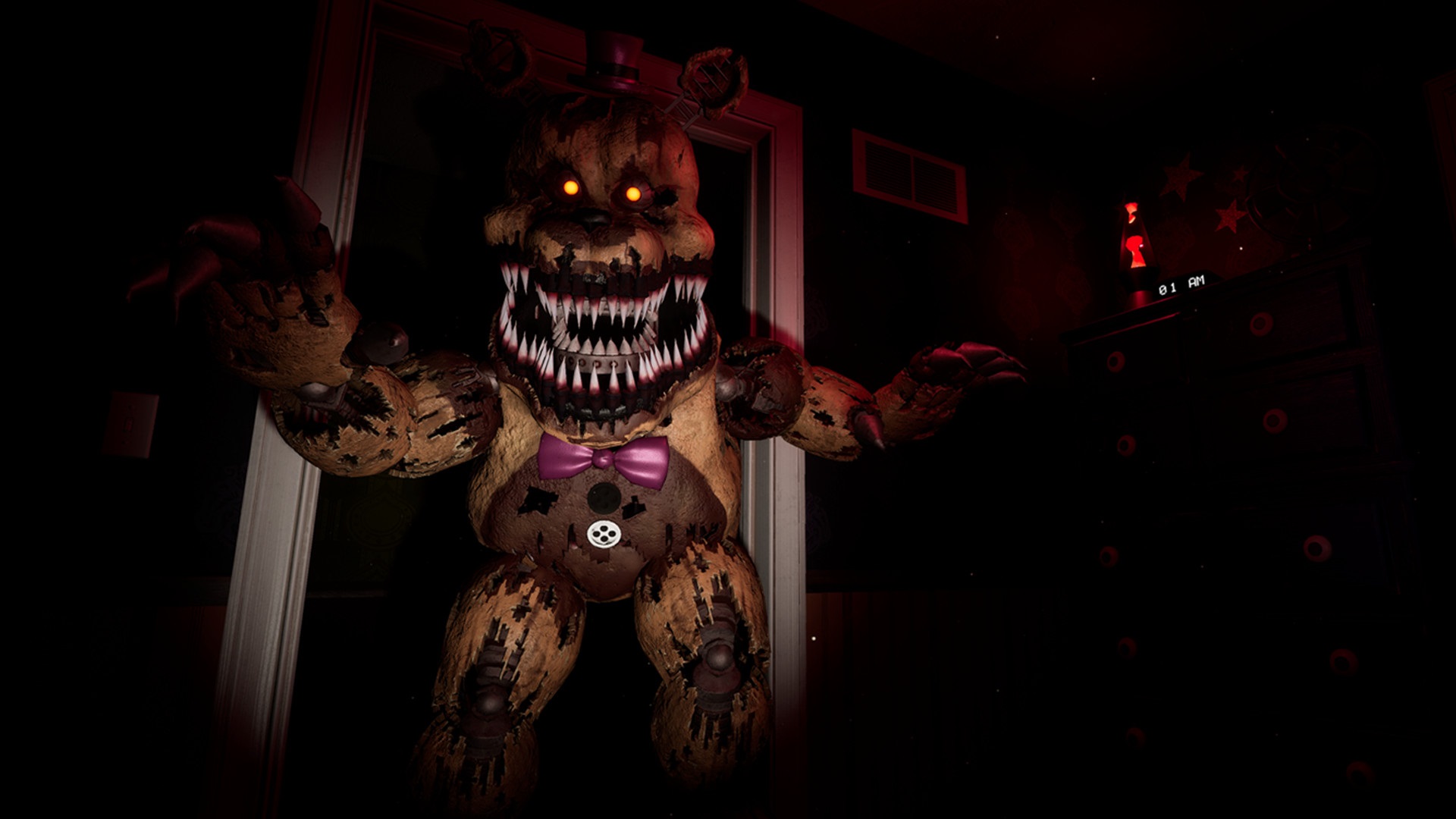 The problem is the controls. This is not a problem with the game itself, but rather with the Switch port. Five Nights at Freddy’s: Help Wanted was originally a VR title, and the buttons and levers could be pressed through using a VR interface. That did not come over to the Switch port, because players must instead use the analog stick to control a cursor to press the buttons in the game. The analog stick responds far worse than the hand controls on any home console, and that is especially true for this game.

I have played FNAF titles on PC and did quite well because I could react quickly with the mouse, but I could barely do anything on this Switch port. I found myself struggling to move the tiny cursor over the small buttons or levers to interact with the environments, and that caused a great deal of frustration as I lost over and over and over again. This game does not make use of the Switch touch screen or the gyroscopic controls; it all hinges on how well you can use the thumbsticks, which is difficult for even the most proficient of gamers.

Despite the fact that this is a shoddy port on the Switch, it must be noted that this game is still rather reserved, as far as horror games are concerned. The T for Teen rating is appropriate since there is no blood or gore presented within the content. However, with each jump scare it is assumed that the mechanical monsters do kill the player. The narrator is very funny, though a little sarcastic, and he never uses any foul language. It is suggested within the story that the animatronics are being controlled by ghosts and evil spirits. Regardless, don’t let the childlike veneer fool you; this game is very frightening, and younger players may want to steer clear from it until they get a little older.

Everything considered, I can’t say that I actually enjoyed Five Nights at Freddy’s: Help Wanted on the Nintendo Switch because I could not get the controls to work for me. I would like to play the title on an actual VR setup, because I bet the experience would be far more enjoyable. With that said, it’s not that this game is bad, it is just the case that the port is poor and does not allow for the player to enjoy the game as was intended. If you want this game, I would recommend getting it on PC or the PS4 VR and not the Switch. After all, you can’t survive Five Nights at Freddy’s if you can’t even see him coming!