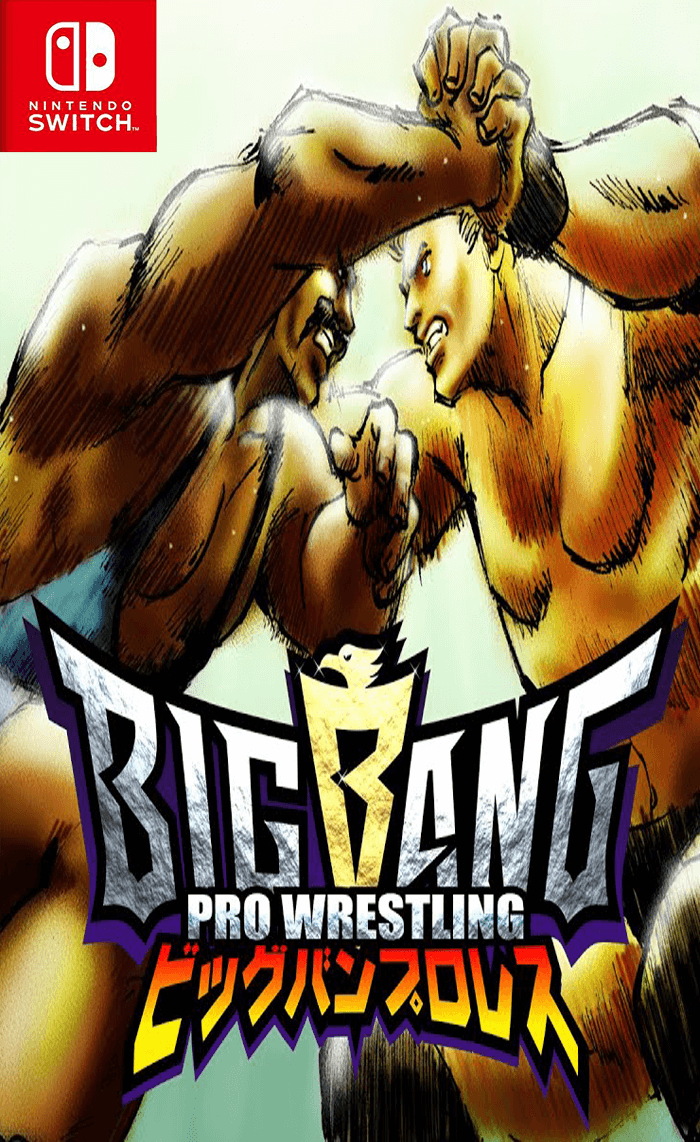 When I was a youngin', I really enjoyed the WWF games (before the WWE rename!) that were popular in the arcades at the time. I pumped quite a few quarters into them in the early 1990s I'd say. (Looking up what game it was, it was probably WWF Superstars or its sequel, WWF Wrestle Fest.) So with those fond memories, I went ahead and requested Big Bang Pro Wrestling, a '90s-style arcade wrestling brawler from the Neo Geo Pocket, with hopes of reliving some of that fun. Unfortunately, my hopes were thoroughly dashed.

From what I've seen, this game has a cult following, and it's also the first time it is coming to the West, as it was released in Japan only back then, despite having an English translation. Apparently many of the characters are based on 1990s wrestling superstars, like The Rock and The Undertaker. That era of WWF was a lot of fun for many; though I didn't really watch it myself, I had a good friend who loved it, and would watch and talk about it often. I kind of enjoyed it vicariously through his enthusiasm, and that's also how I feel about this game.

From watching videos, or from seeing how it plays, it looks like it should be a blast - it looks like a pocket-sized version of those same arcade games, with big brawny wrestling sprites that look good for the system, and a nice ring with ropes you can bounce off of, you can get out and bash your enemy to smithereens - all the pieces are there. And yet, once I started playing, I kept losing - repeatedly. On the first level. To the first enemy. I could barely land a hit on them. I would be lucky to get a hit in with just a basic punch; if your character is more than slightly off, you miss. If your timing is anything less than perfect, you miss. And the controls are described in the manual - and that's it, with no means to practice, or figure out how things work.

And whenever I tried to go against anyone, even on the lowest difficulty level (which is not available in IEW Tournament mode) my opponent would wipe the floor with me. I streamed my misery here:

One of our esteemed editors, ong_elvin, watched my stream and helped me verbalize my issue with this game:

Yup, that's it. I can't hit anything, and there is no way to figure out how to do better. I'm sorry, but this is just not fun. I worked with ong_elvin trying to figure out what was wrong, and apparently the game uses timing-based actions rather than beat 'em up based actions, like the formative wrestling games I mentioned above use. This certainly explains why I had such a hard time. Rather than pressing punch repeatedly to beat up your enemies, you need to press a button in the exact time window when the game expects it, and you can perform a throw. The manual hints at this, but you won't catch it at a casual glance. What info is there is on page 10 of the manual, but there is nothing in-game that indicates when to press a button, or what kind of actions you can take. Even armed with this information, I still was not able to win a match, even on Easy.

Despite all of this, this game has a cult following.  If you search the internet for this game's title, you will even see fan-made character sprites (via Steam Workshop) for the admittedly fun-looking Fire Pro Wrestling World.  People don't mod games with things they don't like!

So I have the difficult duty of rating poorly a game that obviously some people appreciate, but I don't. I do try to be as fair as possible, but the fact is that life is too short and there are too many games to play for us to spend our time on things that are frustratingly bad. And this is one of those games. The graphics and sound are good for the Neo Geo Pocket, though. Some of the character's quotes (or trash talk) is pretty funny from what I was able to see.

Morally it's pretty much what you expect - it's violent as you throw each other around and jump on them while they are down. The ESRB notes an alcohol reference. I couldn't get far enough to find it.

Big Bang Pro Wrestling is one of those games that a late '90s kid might have played if they had no other games and eventually figured out how to get good enough at it to enjoy it. But first impressions are important, and while it looks neat, it plays extremely poorly. There are definitely some games that I played as a kid that I would never tolerate now if it wasn't for the power of nostalgia and/or skill that I earned when I was young, but were otherwise objectively bad games. Without that benefit, they probably aren't worth playing today. Some things are best left in the past, and this is one of them.