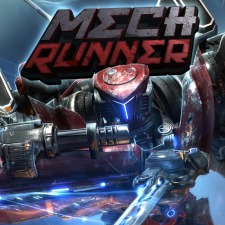 Thank you Spark Plug Games for sending us this title to review!

MechRunner was successfully Kickstarted in 2014 exceeding its $25,000 goal by $3,434. They promised to bring fast paced action, an extensive arsenal of weapons, procedurally generated levels, epic boss battles, achievements, unlockable skins, and an amazing Hollywood quality soundtrack. For the most part, they delivered and this $4.99 title is fun to play in short spurts.

When first launching this game you won’t see much of a story, but you’ll get to learn the basic controls and firing the weapons on your uncle’s XP-41 mechanized war machine. The XP-41 has a tank mode which can fire missiles and cannons. In the battle mech mode you can take down enemies with guns or your swords. By finishing off enemies with the swords you’ll receive more energy from them. This collected energy is used as currency to unlock new and upgrade existing weapons.

Your ultimate goal is to stop General Yuri Petrakoff and his division of advanced weaponry which uses alien technology for their evil creations. The path to victory is ever changing and it won’t be easy. The randomized levels keep you on your toes and you’ll need to master switching between the tank mode and mech mode to survive. 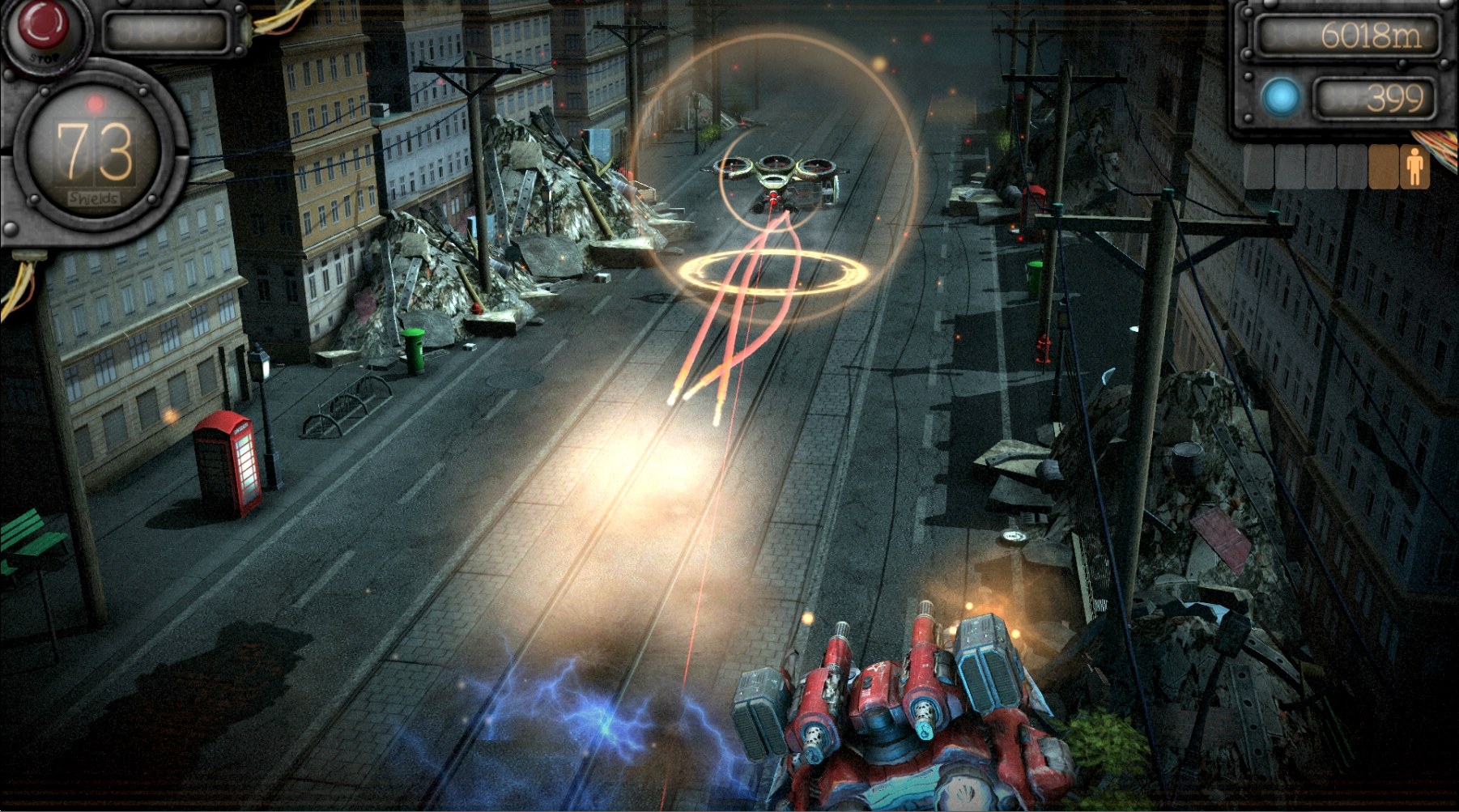 The tank mode is required for picking up and delivering civilians. Unless the civilians are taken to a drop ship, you won’t get credit for picking them up in the first place. I preferred the tank's missiles for shooting away cars and protoenergy transmitters in my way. Not only can protoenergy containers give you energy, you rob enemies from being able to use them to regenerate health if a battle ensues.

There are many robotic enemies and tanks that crop up and start firing back at you. Again, I preferred the tank’s weaponry over the battle mech’s but the battle mech has its advantages too. The battle mech is more agile, and it can target enemies or their protoenergy transmitters better than the tank can. Also extra energy is acquired for slicing downed enemies with the sword after winning the battle.

Compared to the environmental obstacles, the enemy battles are pretty easy. I often lost precious armor points by scattered cars, falling debris, or not being able to dodge an incoming pile of rubbish soon enough. Sometimes you’ll recover shield points with a power-up, but not often enough for my taste. I often got experience or weapon boosts instead of armor repair power-ups. Until you upgrade your experience, you can only carry a limited number of power-ups and civilians. 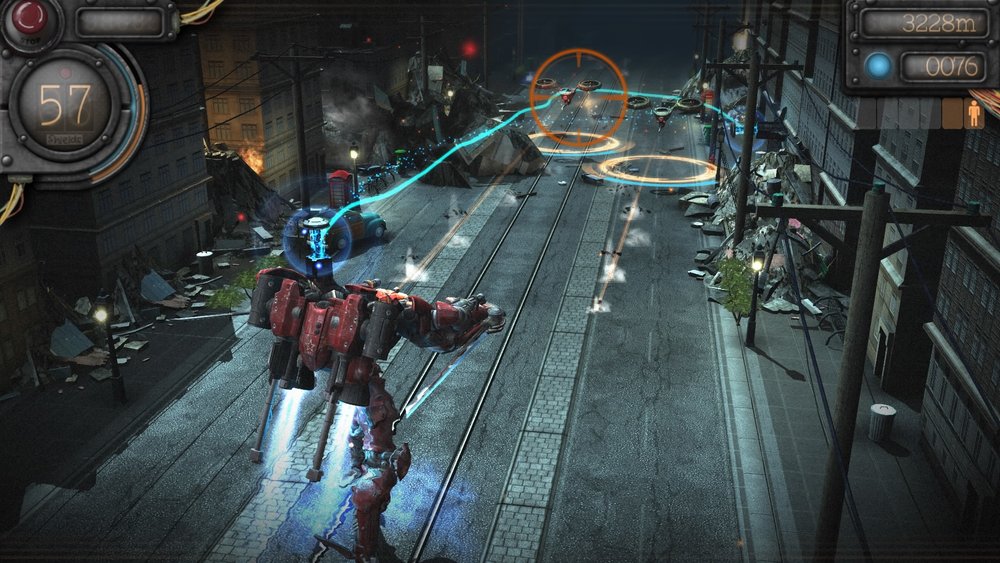 The length of a run depends on your driving skills and the luck of the draw on what you get in regards to obstacles and enemies to battle. When your armor drops to zero, you're taken back to the garage after getting chewed out by your uncle for banging up his life’s work. Any experience and energy collected during your run is yours to keep. In the garage, you can purchase new or upgrade existing weapons and unlock movies. Some items need energy to unlock while others unlock automatically when you reach a certain level.

At the end of your run you’re shown the distance traveled, amount of energy collected, number of civilians rescued, and enemies defeated. I like how new personal records are indicated. In the main menu you can see your overall stats and progress towards unlocking medals for number of enemies defeated and people rescued.

While the mech and enemies were fairly detailed, the rest of the environment was rather bland and lacking in detail. The character profiles were nicely animated though their voice acting wasn’t great. It got the job done though. The background music was decent; it didn’t stand out to me good or bad, but it didn’t blow me away either.

In the end, MechRunner is a decent endless runner title. I enjoyed it in small spurts and think the asking price of less than five dollars is fair. The Steam version is more expensive and people don’t seem to be happy with the PC controls. I thought the PS4 controls were very responsive and reliable. If you enjoy endless runners, this one is worth looking into.