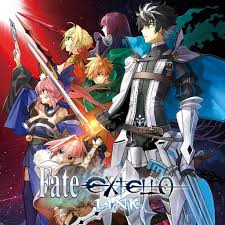 Thank you XSEED Games for sending us a review code!

Your character is the master of the virtual world, SE.RA.PH and all of the NPCs there have been granted freedom from the Holy Grail Wars. With their newfound freedom, factions have been formed and an uprising is imminent. Together with the female incarnation Nero and a helpful servant who goes by Charlie, you can reclaim territory and restore peace to this world. As you restore order, other historically significant servants will swear loyalty to your cause and lend you their strength. You’ll need it for the battles ahead.

The single player campaign is broken down into seven days with multiple routes and endings. The shortest playthrough will require completing eight battles, but there are up to twenty-seven to play to see all of the arcs and endings. In addition to the single-player campaign are extra battles which are unlocked as you play through the main campaign, and multiplayer.

Up to eight players can play online in a King of the Hill style match. Unfortunately, I couldn’t find anyone to play alongside so I can’t comment on it. If you have friends who own this game you may be able to set something up, but don’t expect to find any online matches to join.

A typical battle will begin with the master in your territory. The master is helpless and will rely on the strength of the main servant and commanders to defend them. The main objectives are to take out a certain boss, but before you can get to them, you’ll have to unlock areas by defeating mini bosses and gate keepers. If you enter a sector and defeat the handful of aggressors/guardians surrounded by hundreds of weak minions, the territory will be yours and a handful of your own soldiers will attempt to defend it. Don’t expect much of a defense when the enemy forces try to reclaim it. The AI commanders can put up a decent fight against swarms of soldiers, but they will struggle if left alone with mini-bosses or boss battles.

Like most Hack N' Slash games, the servant under your control will be overpowered and one swipe of their weapon will typically knock out dozens of foes. You can customize their appearance with unlockable attire and you can change their abilities by equipping different mystic codes (predefined skill sets). Many foes will drop orbs that can be equipped for boosting attack and defense skills. The orbs come in three different colors and the more of a same shade you equip you’ll get a significant effect multiplier. As the servant levels up, you’ll unlock more slots to install these orbs.

Outside of battle, you can talk to your allies and they may offer you challenges or side quests to complete. These range from killing a certain number of enemies or taking over a set number of territories within a time limit. If you complete the quest, your bond with them will increase. The higher the bond, the better in battle they will become. Changing out servants is one way to level them all up, but an easier method is to spend in-game currency (QP) to level them up with the press of a couple of buttons. 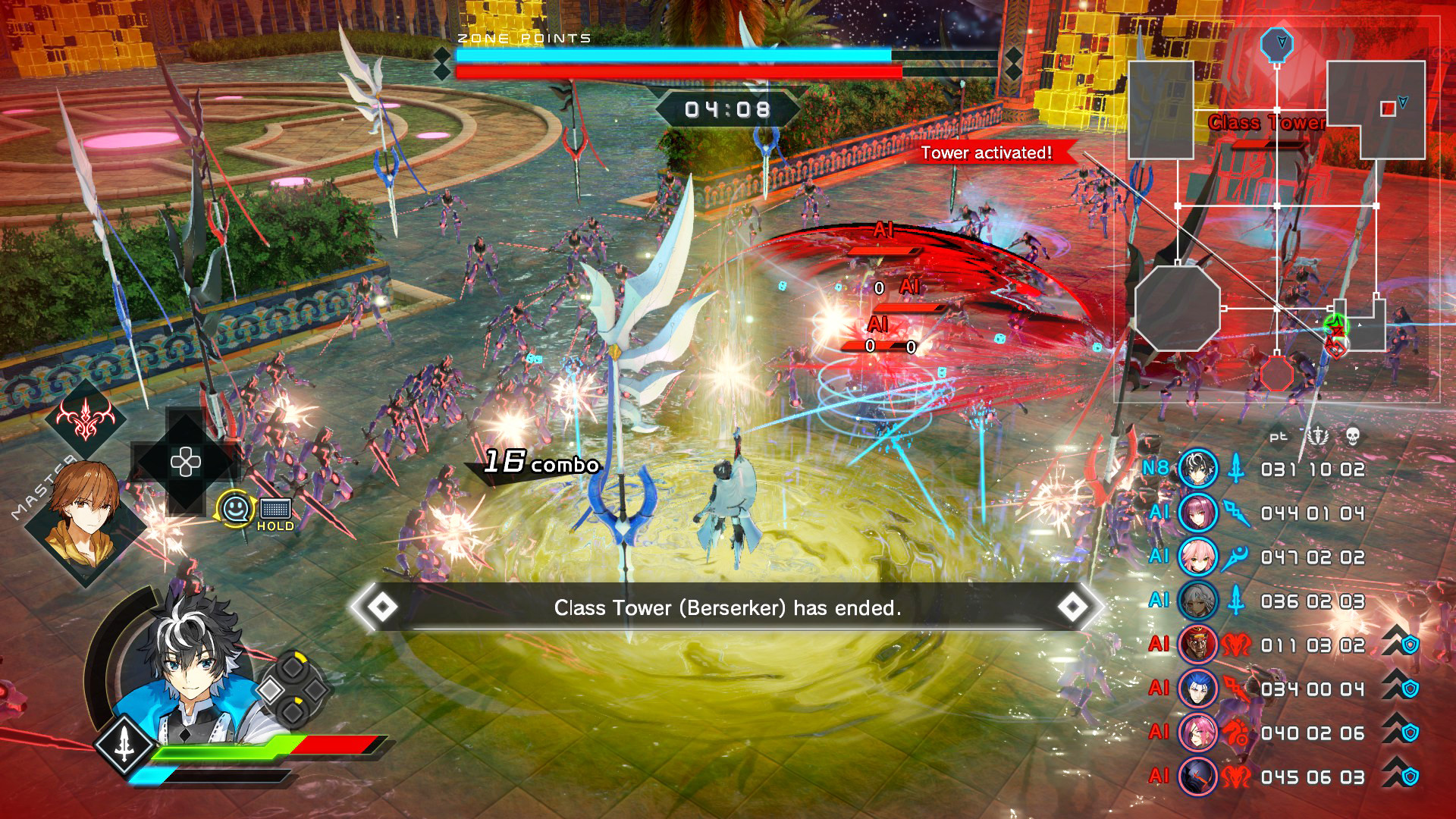 Graphically, this game is decent but a bit dated by today’s standards. Some of the special attack moves provide some nice eye candy though. The characters are nicely animated in battle and during their story sequences.

The Japanese voice acting is well done and the banter between characters can be funny, but it often contains some mild language. There are references to different Hindu deities and some characters call out to their gods seeking power from them. Some of the female characters wear tight clothing that really accentuates the bosom bouncing physics. Astolfo is an interesting character that you would assume to be a female by their attire, voice, and mannerisms, but they’re male. If you search up the term trap meme, you’ll usually see a picture of him. Despite having the master’s gender as female, one of the female characters kept referring to her as her husband.

If you enjoy Hack N' Slash games and the premise of the Fate series, Fate/Extella Link is worth checking out. However, if you’re looking for online play, you’ll want to hold out for a sale good enough for your friends to get it too!