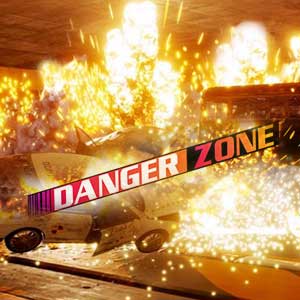 “Revvin’ up your engine, listen to her howlin’ roar!” Danger Zone is the latest video game release from Three Fields Entertainment Limited. Three Fields is a British development studio, founded by Alex Ward, Fiona Sperry, and Paul Raul in 2014. The former two founders also previously founded Criterion Games, who developed games like the well-known Burnout series, and the latter founder worked with them during their time at Criterion Games. The studio made two other games, Dangerous Golf and Lethal VR, which are both destruction-based games, released in 2016. The previous two games were stepping stones for creating a spiritual successor to Burnout’s crash mode. Danger Zone is meant to achieve that vision.

Danger Zone, contrary to the name, is not a Kenny Loggins simulator (as much as I wish it was). It is actually a crash test simulator where the whole goal of the game is to take your crash test vehicle and cause as much destruction and explosions as possible. There is not much else to say about that. There is no back story as to why you are tasked with this job, it just happens. In the beginning your vehicle starts off in an enclosed area, where the objective is to drive into incoming traffic to cause as much damage as possible. You obtain points for every car crashed, destroyed, or driven off the edge. There are tokens on the stage which multiply your score, as well as an ability called the “Smashbreaker.” Typically, you can only build up a Smashbreaker after a specific number of crashes are obtained, in which then you can force your car to make a huge explosion. Once the car explodes, the vehicle becomes reactive, causing anything that touches you to also explode, giving you a score multiplier. Fans of Burnout are very familiar whit this mechanic. When your vehicle is blown up, you can direct your vehicle in the air, causing it to collect the other tokens or crash into even more vehicles. Make sure not to fall off the field, because even if you crash, if you vehicle falls off, your score is invalidated. 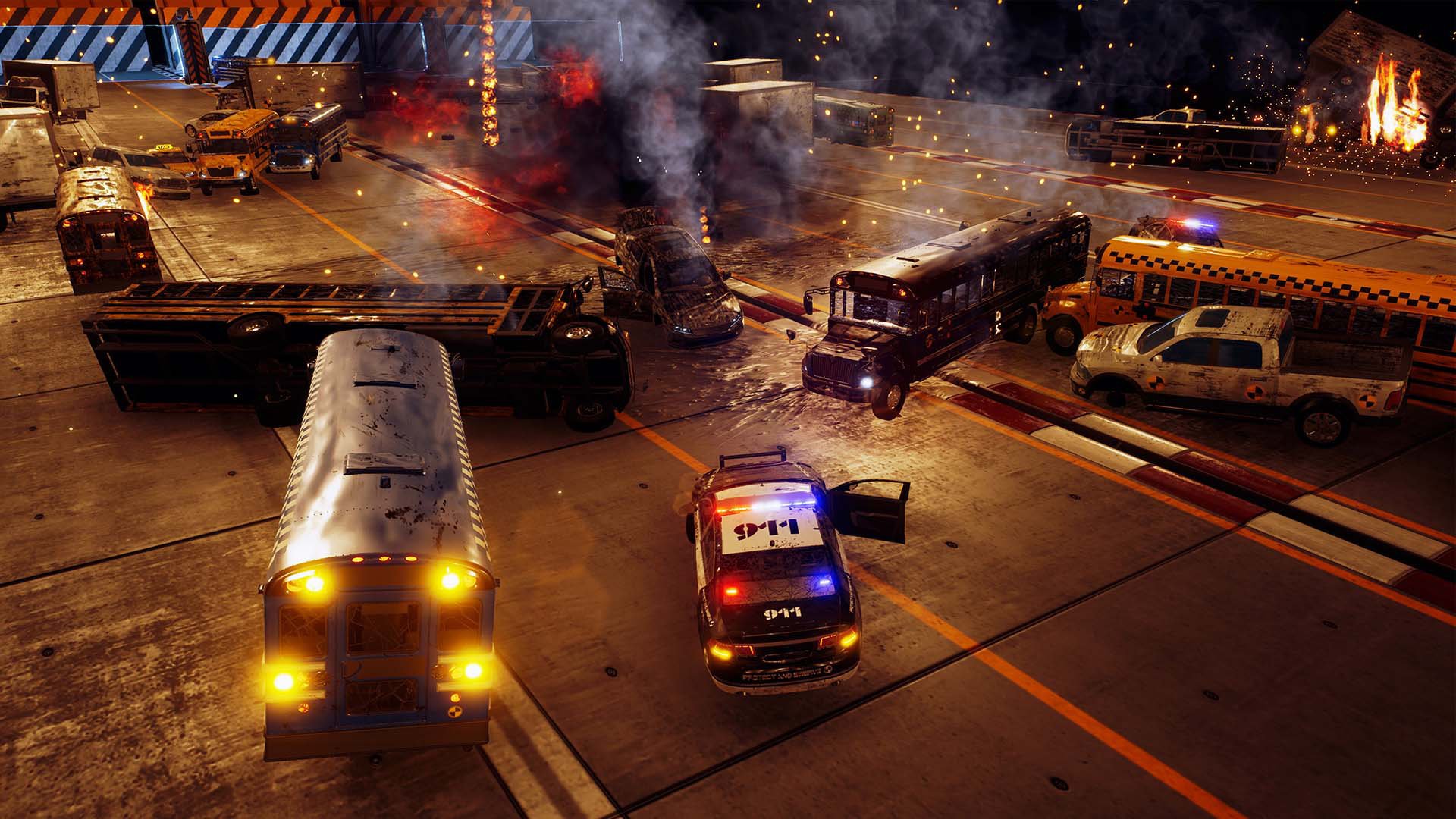 There are 4 medals for each stage that you can obtain: gold, silver, bronze, and a hidden platinum medal. You must obtain at least a bronze medal to pass onto the next level, or you must replay the level. When you first look at the game, one thinks it's all about crashing. It is about crashing, but it has some puzzle-like elements to it as you have to crash with finesse to cause the highest score possible. It has a fast pace because vehicles come and go, and it doesn’t give you an infinite amount of cars to wait upon. If a vehicle goes and you missed it, that is all you get. This can cause a bit of trial and error with your attempts as you do not have much time to pinpoint where the vehicles go or where the pickups are located. This causes the game to actually be fairly difficult and challenging, especially if you go for the platinum medals. It isn’t too hard for a casual player to never be able to beat, but casual players or players not familiar with Burnout’s crash mode will be playing most levels multiple times before moving on to the next one. I do like the small amount of depth they add into the game, such as obtaining crashes without crashing your vehicle itself, or that rear-ending causes crashes without crashing yourself. It would have been nice if they went over something like that in the tutorial. 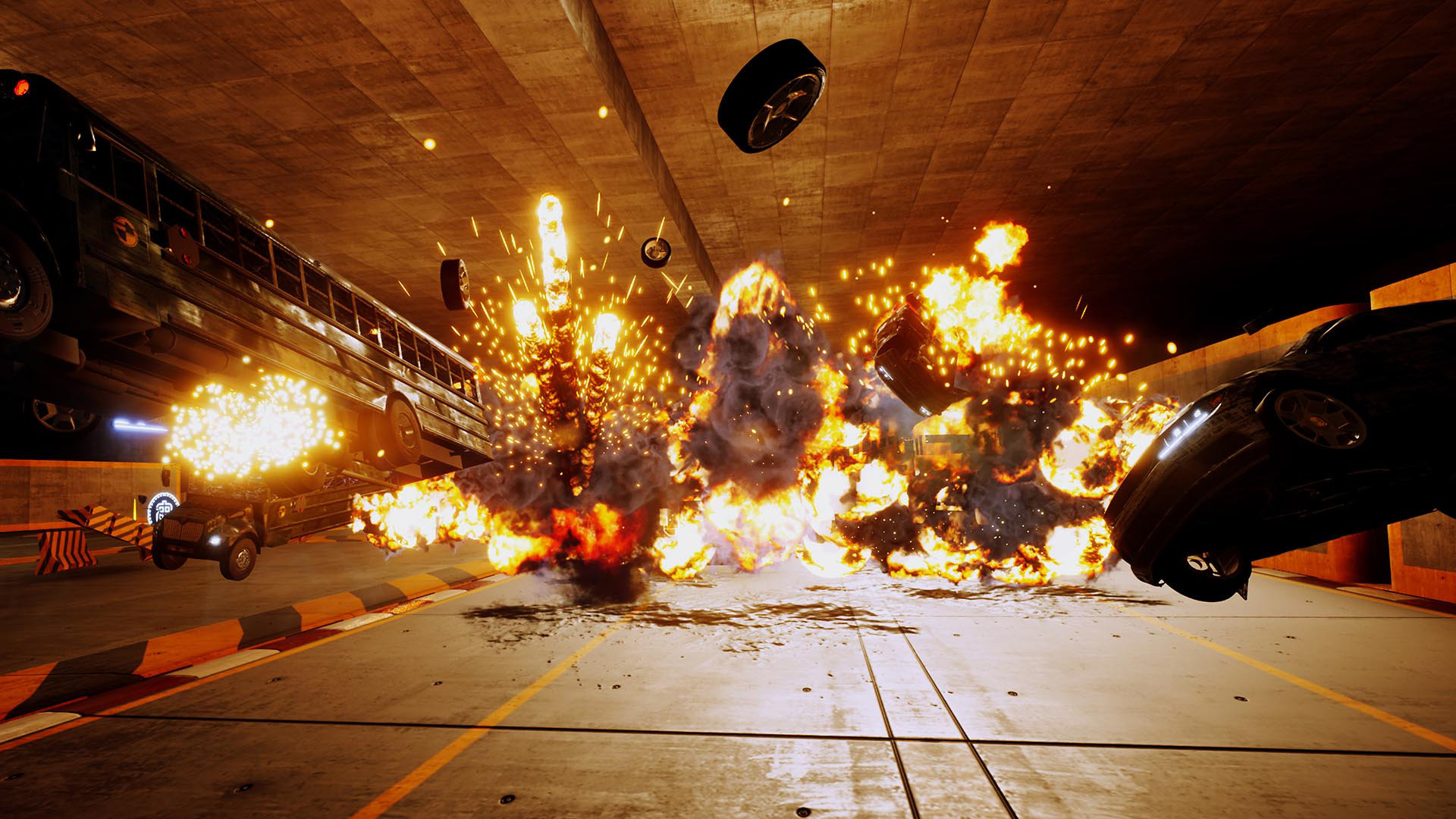 The crashes and game itself have an arcade-like feel, which considering what it took inspiration from is a good thing in my opinion. The visuals, while rather nice and crisp, could use more work, specifically on the damage side. All vehicle damage is texture based, so there are no visible dents, it only changes the coloration of the exterior of the vehicle. That means only burn marks, cracked glass, and small scratches are shown unlike other games where the vehicle damage is much more defined. The controls feel a bit slippery at first, but do not take long to get used to. Sadly there is no reverse button or option on the vehicle which can lead to restarting the level. The sound quality is fairly standard and acceptable, but the thing that you’ll notice when you start the game is that there is zero music. They couldn’t have even been bothered with adding a main menu jingle or anything. I think the lack of any form of music hurts the game as it makes it feel empty. Since the whole game takes place in a crash testing facility, the scenery will get old very quickly. Adding to that, the vehicles you crash into are the standard police car, typical sedans, taxis, flatbed and box trucks, and school buses. The only car at your disposal is a standard crash test vehicle. The game really could have used more variety on the player and AI side, such as jeeps, SUVs, light duty trucks, motorcycles and so on. A vehicle enthusiast would not be pleased. The lack of variety harms the game as the samey visuals can be pretty stale. The camera is pretty good, but there should have been a top-down option or the ability to back up the camera so you could see more of the area and what you can knock yourself into.

In terms of moral warnings, there really is only one, and that is crashing vehicles. But since none of the vehicles contain living beings, it's fairly safe. There are zero uses of language or imagery that people would find objectionable, so that’s a plus in my book. Overall, I’d personally say the game is okay. Crashing vehicles into one another is great, but the game could definitely use more polishing in areas. For a price of $12.99 from a small indie studio, I can’t be too critical. With three test fields, containing in total twenty levels, it’s a nice price range for the amount of content. For standard players, it’ll take you 2-3 hours to simply beat it, but for people who are trying to obtain a max score, it’ll be a longer game for you. In a way, I look at the game as a movie’s worth of entertainment and it gives you exactly that. A simple game with a simple premise makes it easy to get into but for people wanting a bit more meat on their plate, I’d say to skip out on this and possibly wait for a sequel or for someone else to try their luck. For people like me that were thirsty for anything to resemble Burnout, or for people who are borderline obsessed with Burnout’s crash mode, I’d say to give this game a shot. It’ll take you “right into the danger zone.”