Underrated Strategy Games For PC You Need To Play 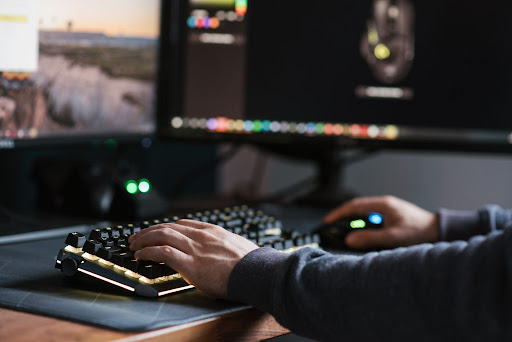 If you’re a hardcore RTS fan, you’ve probably played all the big games like Age of Empires and Command & Conquer to death. Fortunately, there are countless underrated PC strategy games out there just waiting to be played. Here are a few great PC strategy games that are often overlooked.

Star Wars: Galactic Battlegrounds was released by Ensemble Studios back in 2001. It’s got exactly the same mechanics as classic medieval strategy game Age of Empires 2, except it’s set in the Star Wars universe. Factions range from the Galactic Empire to the Wookies. While perhaps a little clunky by today’s standards, the game makes up for it with its expansiveness and still has a loyal online multiplayer following.

King Arthur: The Role Playing War Game is a bit of a blend of genres - there’s some strategy and some RPG in there. It’s gameplay feels very similar to the Total War series. The biggest difference is that it’s set in a fantasy world with magic and mythos. All in all, if you love the Total War games and fantasy, this is the game for you. It’s a bit rough around the edges, but it’s a very fun game.

Achron was released in 2011 and is considered the first ‘meta-time strategy’ game. It’s a sci-fi strategy game that incorporates time travel adding a whole new dimension to the gameplay. By transporting units back in time (known as ‘chronoporting’), you can change events that previously occurred earlier in the game. Just be wary of ‘chronofragging’ your units - if units collide with their previous or future self, the weaker of the two is killed, which could then have other implications on the future of the game.

Politics & War is a nation states game in which you create your own nation and rule it. It’s an MMO game so you’ll be competing/co-operating with other players’ custom-made nations. You can choose to wage war (Watch out! There are nukes!) or compete for economic power. It’s pretty thrilling game with a great community on Discord - plus it’s completely free-to-play.

This post-apocalyptic steampunk strategy game takes hordes of zombies to new levels - you’ll have to defend against waves of (what feels like) billions of zombies to survive. The game involves building a colony and then setting up defences. It’s like a tower defence game but much tougher and much more dramatic.

If war strategy games aren’t for you, Factorio may be more up your street. You play as an engineer who has crash-landed on an alien planet. The aim of the game is to harvest enough resources and create enough industry so that you can build a rocket. The game requires you to experiment with alien automated tech. Once you get to grips with it, you can create all manner of automated machinery processes. It’s a challenging game to get into but very rewarding.

This indie strategy game was launched back in 2014. Your aim is to defend a Cold War era Earth from an alien invasion (it’s very similar to XCOM). There’s an old-skool feel about it that’s charming. The game also manages to capture a real sense of danger that makes it truly thrilling. Just be wary that it is not a fast game to complete - be prepared to put some hours in.