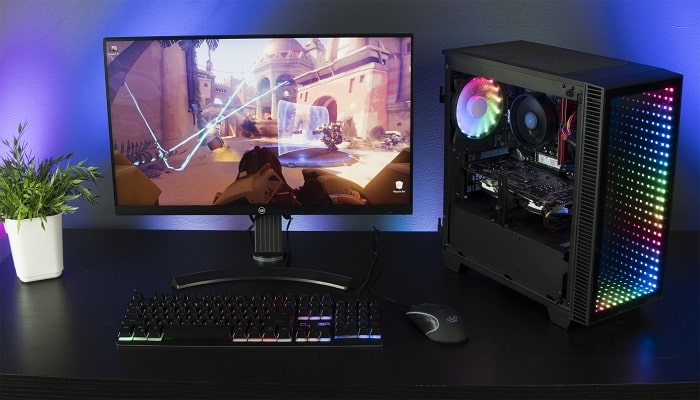 It’s not easy to develop a fantastic game. But despite the difficulties, numerous amazing games were released year after year, to the extent that many people adored and hyped them.

But why do you think many individuals hype up a game that hasn’t even been released? It’s because of great game trailers. It's challenging to make a solid game trailer. These videos help to build anticipation for these games, but they should also keep the element of surprise for when people get their hands on them.

These trailers can be a hit or miss. As a result, success in every game is not always guaranteed. Many games have been hyped up by gamers (and even non-gamers) who thought it would be "the game of the century," only to be left disappointed.

But we don’t blame them. When you're excited about a new game, it's easy to get caught up in the excitement. Those spectacular trailers perform their job so successfully, in certain cases, that player expectations become ridiculous. So, with this list, we’ll talk about the top 5 anticipated games that inevitably flopped.

Seeing the first teaser of Cyberpunk 2077, many were excited to see the outcome. Cyberpunk 2077 was one of the most anticipated games of the year. However, instead of getting praise, it became one of the biggest disappointments in the gaming industry.

The excitement of many gamers all over the world was crushed when the game finally came out. Even the best gaming laptop or console can’t make the game better.

The game was filled with bugs and very blurry textures. The storyline and world weren’t great, it was lifeless. Cyberpunk 2077 is one of the most chaotic games and it isn’t even the good type of chaotic. It was so bad that CD Projekt Red offered both an apology and refunds for unsatisfied customers.

Despite the backlash Cyberpunk 2077 received, CD Projekt Red is doing their best and making improvements to make the game better.

Assassin’s Creed is one of the most popular game franchises, but with the release of Assassin’s Creed: Unity in 2014, the game became popular for all of the wrong reasons.

Just like Cyberpunk 2077, Assassin’s Creed: Unity experienced a lot of bugs. The navigation was hindered by graphical glitches. The game also experienced a lot of roadblocks and frame-rate issues that persisted even after 6 months after the game’s release. Many also mentioned that the missions of the game were repetitive and that it became boring.

We all know that Final Fantasy is one of the greatest and most gorgeous games that features amazing characters, a gorgeous world, and majestic music. But Final Fantasy XIV did not match up to its predecessors.

It was so bad that the game received a Metacritic score of 48 and had problematic servers that crashed up to 400 times each day. Another of the biggest reasons for the franchise's success, or lack thereof, was the lack of depth and poor plot in a franchise recognized for having an incredible plot as one of its key aspects.

Eventually, Square Enix's Naoki Yoshida undertook the massive task of completely rewriting the game. After a few years, Final Fantasy 14: A Realm Reborn breathed fresh life into the supposedly hopeless game. Since then, the game has become a huge success.

The trailer of Fallout 76 was one of the best game trailers that definitely hyped up many people with its cinematic teasing. But needless to say, Fallout 76 became a huge disaster.

It was simple, repetitive, and devoid of depth. It didn't help that there were so many bugs. . The game's design was also poor, and the game itself did not function properly. Fallout 76 seemed empty, with a broken PvP system, no means to truly connect with other players, and an absence of human NPCs. Fallout 76 is soulless and without impact without NPCs

Nevertheless, Fallout 76 is getting better since the Wastelanders update.

No Man's Sky allowed you to explore an algorithmically constructed world with endless possibilities. However, these promises turned out to be empty promises, leading to the game's demise.

No Man's Sky felt lifeless when it first came out. You could travel across millions of worlds, but they were all the same. No Man's Sky was a buggy disaster that was clearly underdeveloped, with a tedious gameplay loop, a weak story, and erratic procedural generation.

However, like Final Fantasy XIV, No Man’s Sky also became one of the biggest game comeback stories as it has followed through on those promises made before and more.

The majority of these games have a lot of potential. And while some of them redeemed themselves, some just stayed as they are. Nonetheless, we still have a boatload of fantastic games to test out and play, so don't be disappointed if the game you thought would be fantastic didn't deliver.

Do you want to look into gaming laptops where you can test out these games? Techzumo.com is a great place to go for all of your gaming needs!

Thank you for taking the time to read this!

The Origins Of Mahjong And How To Play It?
5 Most Recommended Shonen Anime For Starters