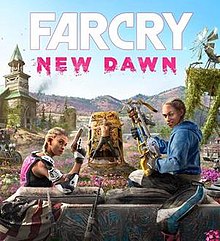 Far Cry New Dawn takes place after the world was nuked in Far Cry 5. Many have survived the apocalypse and have tried to rebuild their lives in the desolate wasteland. As their small community started to thrive, it was quickly attacked by the villainous twins (Mickey and Lou), and their gang of highwaymen. The gangs robs and steals anything or any place of value without discrimination. Not everyone goes down without a fight though. There are several key people you’ll need to recruit to join the resistance to take down the twins once and for all.

The game starts with your character who can take on the male or female “body type” on a train with other potential fighters heading to a community called Prosperity. The train full of hopefuls is de-railed and attacked by highwaymen and you become the sole survivor.

One of the first weapons you’ll be given is a pair of scissors which you can use to stab enemies in close proximity. The stealthy takedowns are very effective and extremely bloody. Once an enemy is downed, you can loot their corpse for crafting materials, ammo, and weapons. At workbenches you can craft your own weapons and ammo. Thankfully, some throwables like knives and Molotov cocktails can be crafted anywhere on the fly.

Like Far Cry 5, you can have an AI ally fight alongside of you, or have an online friend join in your game. The banter from some of the AI companions is rather humorous and I must admit that Hurk cracked me up with his off-color comments and innuendos. Profanity is prevalent throughout the game and every other sentence seems to have an f-bomb in it. If you have young kids nearby, you’ll want to wear headphones.

The story has three parts and it progresses every time you upgrade Prosperity. In order to level up the home base, you will need to recruit the required number of specialists and upgrade a certain amount of workstations. The workstations offer different services and abilities and it’s hard to choose which ones to prioritize. The expedition ability unlocks challenging side quests, but also grants the ability to fast travel across the map. Maximum health bonuses provided by the infirmary shouldn’t be overlooked either. If you’re looking for more firepower, you’ll want to upgrade the workbench. Vehicles are made possible by building up the garage facilities.

In order to upgrade anything, you’ll need to acquire ethanol which is a rare commodity these days. The best way to get ethanol is to liberate outposts overrun with highwaymen. If you can take it over without having the alarm tripped, you’ll get even more of the precious liquid. Once the outpost is under your control, you can keep it or salvage it to let it fall back into the enemy’s hands for even more ethanol. Reclaiming an outpost the second time will be harder as there are two alarms and more foes to deal with. The third time will have elite forces and they don’t mess around. The generous reward makes the challenge worthwhile.

Elite soldiers and bosses are quite challenging and can withstand a lot of damage (including rockets) before going down for a dirt nap.  You’ll definitely want to craft better guns than beginner ones before tackling a level three outpost or the final boss.  Boosting your health at the infirmary beforehand is a good idea too. 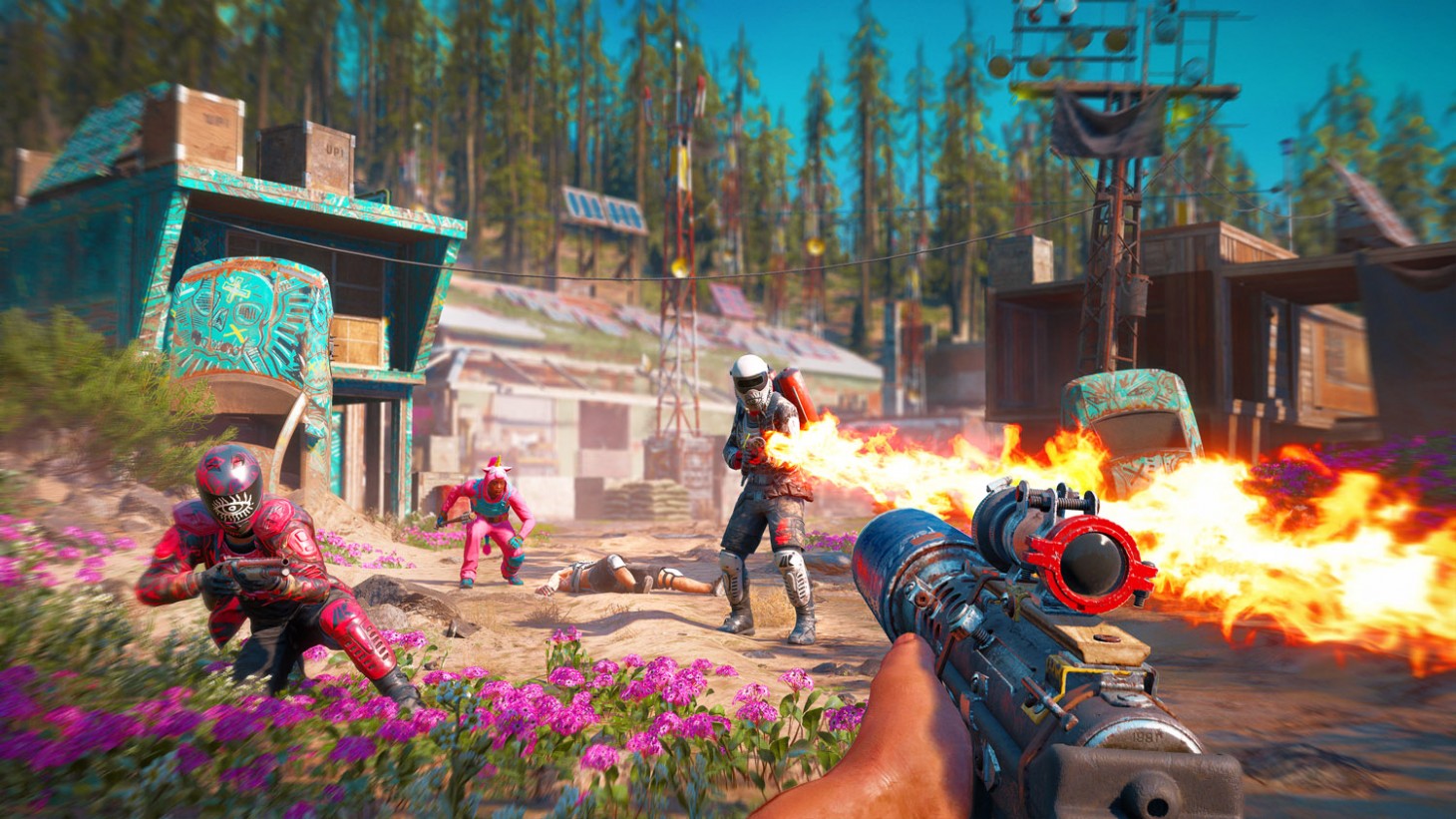 Like the previous game, there are several stashes that have some pretty good loot if you can figure out how to get to it. There is often a note or two nearby with a hint. The additional perk point magazines come in handy for upgrading your character. I enjoy the benefits of repairing vehicles and looting safes as well as the ability to carry more weapons. Increased lung capacity comes in handy for the specialist who needs you to retrieve her misplaced “herbs”.

Along with the drug and alcohol consumption, there are lots of moral issues with this title. As I mentioned earlier, the violence is pretty intense and there is a lot of unavoidable bloodshed. The language is pretty brutal and there is a decent amount of blaspheming to zero out the language score from us. The New Eden religious cult plays a big role in this title’s story and their religious views are interesting to say the least. In order to reach them you’ll have to cross a river filled with toxic and hallucinating mist. While there are many references to sex, I haven’t seen it happening in the game. I have seen characters prancing around in their underwear though.

Visually, New Dawn looks amazing and the level of detail is phenomenal in this game. For a post-apocalyptic world, there are still lots of breathtaking sites. Many of the same characters are still around, but older now. It was great to see them back in action and the voice acting for them is top notch as well. In some areas and radio stations have background music. It’s either oldies tunes or rap music with a lot of cussing in it. I prefer the oldies music.

I enjoyed my time in New Dawn and spent roughly ten hours playing this title. The 50% sale price I paid was fair and I don’t feel that the $40 asking price is justified. While some can argue it’s a glorified DLC expansion, I think that the story and production quality is worth paying for. Just not $40.