There are two teams, one called the Magic Shooters and the other is called Almost Black. The Magic Shooters team is made up of all vehicles, (Jeeps, Tanks, Hovercrafts, and Jets) while the team Almost Black is made of all animals. (Cats, elephants, penguins, and eagles)

There are two different modes to play, one mode is called Joyful, in Joyful you race to one of many flag stands on the field and race back to your base thus scoring a point for your team. The other mode is called Playful, in Playful you and your team storm the other team's base and try to take there flag and get it into your base, while stopping the other team from getting your flag. 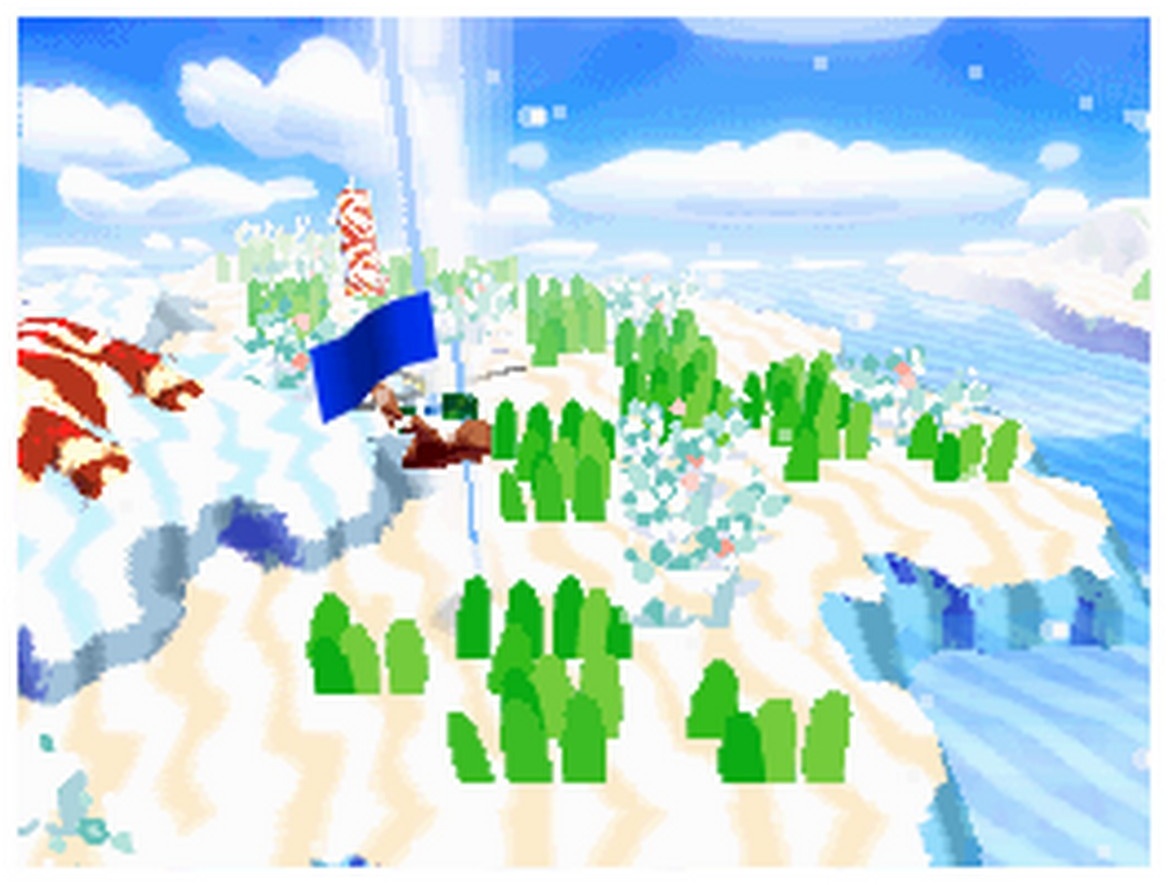 Strong Points: Simple and fun, you can play with eight people with just one game.
Weak Points: I can't think of any.
Moral Warnings: None!

There are also three maps to choose from, one is called Hyperion which is a grassy island, another is called Titan which is a dark snowy area made of few islands, and the last map is Dione which is a huge snowy area with islands.

You can attack by shooting firecrackers, if you hit some one on the other team they will be knocked back, and if they are carrying a flag when you hit them they will also drop it on the field.

When playing solo mode you will start out with only one way to play capture the flag, and one map to play on, and only one character to use which is a jeep on the Magic shooters team. By playing a game of capture the flag you will get points that will unlock more characters, maps, and the other game mode. There is also four different difficulties you can play on. 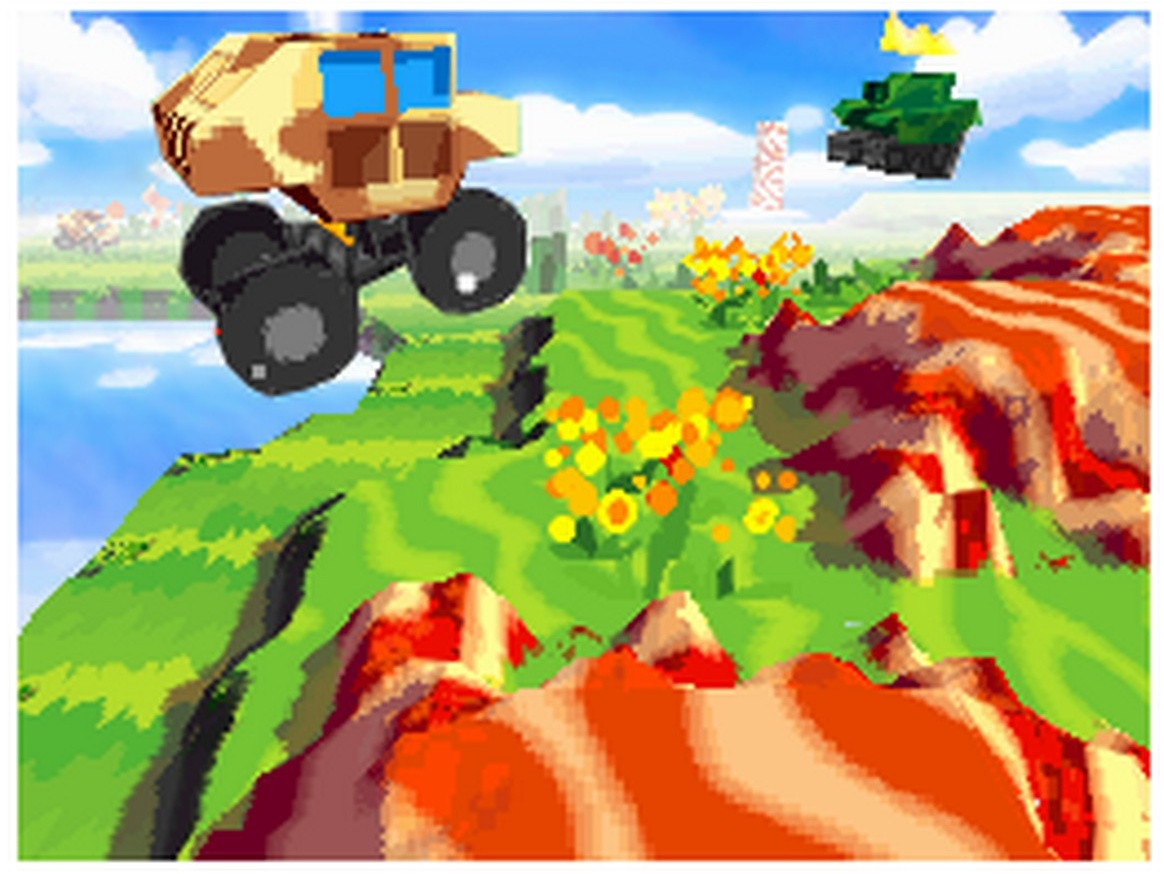 One really big highlight about this game is the mutiplayer, You can share a demo up too eight people who ether have a DS's, DSI's or 3DS's, and every thing in mutiplayer is all unlocked.     You can even pick how many NPCs are on each team.

The music was well made, and the graphics are pretty good, but the mountains shrink and grow as you move to, and away from them, and a bit of the pixel work is a little fuzzy.

Every thing is real colorful, and very family friendly. Over all this is a great game to play with when you got spare time and people to play with.