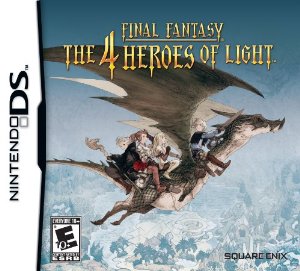 Final Fantasy games tend to change their gameplay mechanics often. Final Fantasy: The 4 Heroes of Light takes the character development of Final Fantasy IV and combines it with the job systems of Final Fantasy III and V.  A new attack point battle system is thrown into the mix as well.  Each battle round a character is given one point which can be used to attack or use an item.  Many spells require multiple points which can be earned by randomly psyching up or by boosting/defending and forfeiting your turn. By equipping crowns/jobs you gain unique moves and can cast spells or use items for fewer attack points.

New jobs are unlocked as the story progresses. In the beginning of the game you are introduced to a young boy (who you get to name) that turns fourteen and must complete his ritual of adulthood by having a meeting with the king. Upon meeting the king, he finds that the princess (you get to name her too) is kidnapped by a witch and needs rescuing. On the way to the witch’s mansion, the young man encounters his friend (another character you can name) who joins the party. This friend gives a few tips on how to battle with magic and as a team they are able to defeat the first boss together. When the princess is rescued, both her and her bodyguard (the last nameable character!) join the party.

Upon returning to their hometown, Horne, they find all of the townspeople transformed into statues.  They must get to the bottom of this curse and save their town. Not surprisingly each town they visit seeking aid needs an issue of theirs resolved before reciprocating.  As the story unfolds, the situation proves to be very dire and this group of four individuals must save the world from certain doom.  To add an additional challenge, the party often separates and there are many times where you are fighting solo or with the help of an NPC ally.  These separations build up the characters and main storyline nicely. 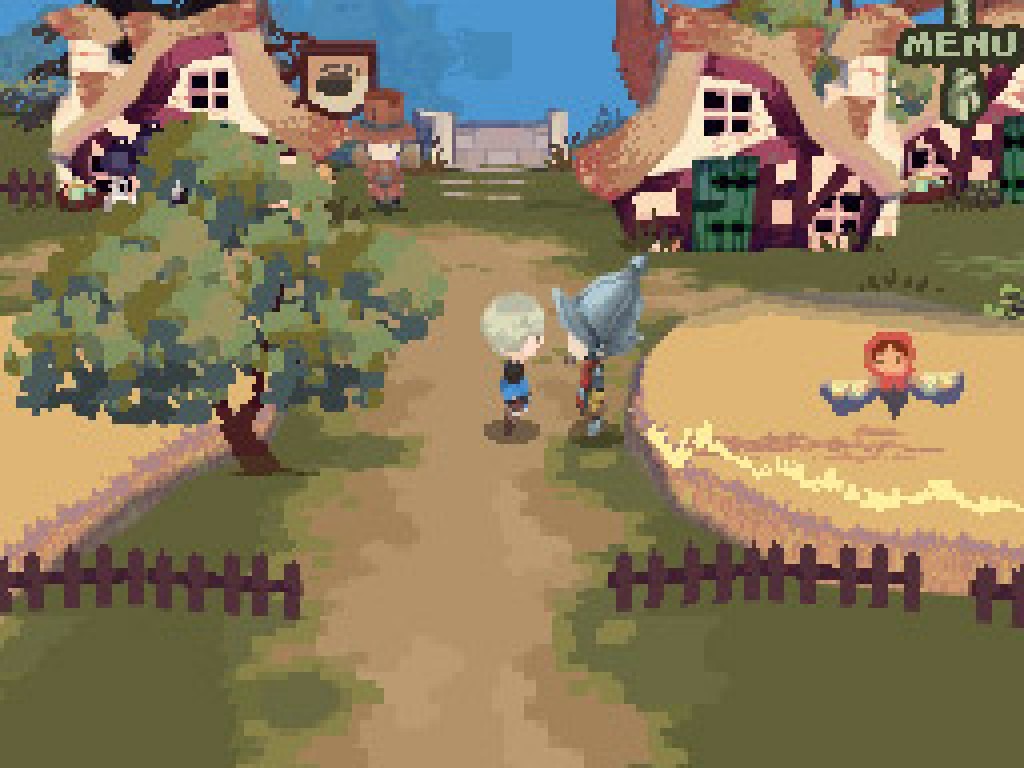 Throughout the game there are many random battles and boss fights.  These are always easier with a full party, but with proper gear and jobs equipped, the challenge should be minimal.  Many bosses and enemies have an elemental affinity and if you have the opposing elemental weapon and shield that blocks their attack, you’ll be in good shape.

There are many jobs available including the standard fare white and black mage, fighter, and alchemist. Other jobs including Bandit, Bard, Dancer, and Elementalist are useful at various points in the game.  Switching jobs can be done on the fly and there is no penalty other than losing gems if you die.  The default job of the Freelancer offers the benefit of not losing gems when the party gets knocked out.

Gems are often dropped in battle and they are vital for upgrading your crowns to unlock new job abilities and making your weapons and armor more powerful.  If you need money you can sell excess gems.  Like many RPGs, I had to spend a good amount of time farming gems to max out my weapons, armor, and job classes. 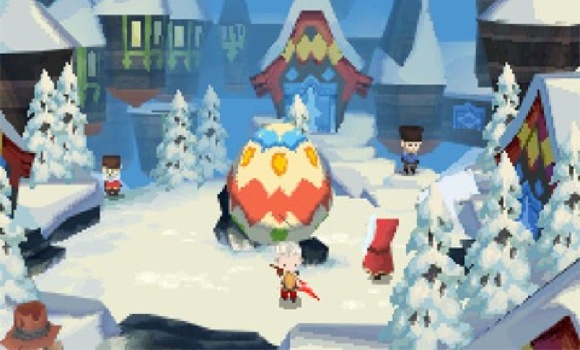 I put over thirty-seven hours into the single player campaign.  Towards the end of the game and after beating the main story, there are towers of various difficulties that offer random levels, battles, and loot to extend the game play further.  Using the DS wireless interface, you can join a friend’s party or have them fight alongside of you.

Like many games in the Final Fantasy series, The 4 Heroes of Light comes with an excellent sound track composed by Naoshi Mizuta.  The music has a retro feel with the chip tune influences.  The battle music and boss songs are catchy and often got stuck in my head.

RPG lovers should definitely consider adding Final Fantasy: The 4 Heroes of Light to their library if they don’t mind the standard fare magic and turn based battle violence.  To my disappointment the D word was used a couple of times in this game.  If those issues don’t bother you, I would recommend picking up this game before it becomes harder to find.  You can get it on Square-Enix’s website for $20 plus shipping or at Gamestop for $15 if you can find it in the store (It’s no longer available on their site). Amazon lists the game for over $50 new.   I look forward to playing the sequel Bravely Default on my 3DS.