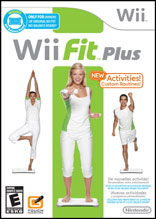 The Nintendo Wii helped to revolutionize the video game industry by changing the way people play video games. Instead of sitting around and pushing buttons, the Wii encouraged people to get up and move. It took Nintendo very little time to produce a product that had this at the core of its design – a way to get some exercise and have some fun at the same time.

The original Wii Fit came bundled with the Wii balance board, a plastic white device designed to be stood upon. The board is rugged and sturdy, with a bumpy texture to help prevent slipping off. According to the manual, the board is not intended for use of more than 300 lbs. I can't attest for how it handles above that limit, but so far, my board has survived my 260+ weight and three rambunctious children.

Players use their Miis to create a profile. After entering the height and age, the balance board can weigh the user and give the results as a body mass index estimation or as a measurement of weight. The player also is encouraged to play a few simple balance tests, with the results given as a “Wii fit age” supposedly reflecting how old your body behaves. Given the nature of some of these tests, I'm a bit dubious about the accuracy, but it's the only way to place a custom stamp on the calendar to indicate which days the player has weighed in. 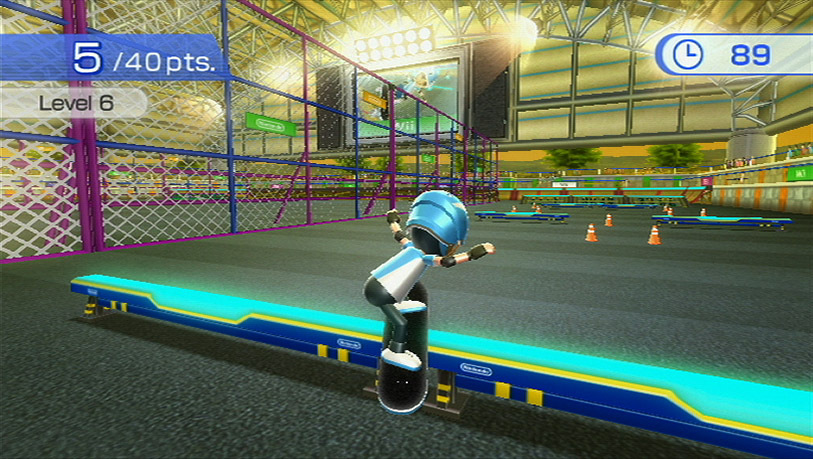 Strong Points: Fun minigames provide an entertaining way to work out.
Weak Points: Some graphics could lead to self-esteem issues; not as good as other games in terms of exercise.
Moral Warnings: Mild violent situations.

Players are encouraged to conduct a “body test” once a day, and the test can be taken multiple times a day, if a player wants to. Given that I've found the results of the test can vary by as much as two pounds within a matter of minutes, it could be fairly easy to take the test several times and simply choose the most desirable result.

The original Wii Fit has already been reviewed on this site, so I won't rehash that material. Wii Fit Plus, however, adds several activities to the original and really makes the purchase worthwhile. These are included in a separate category, known as “Training Plus,” and include a blend of balance and aerobic games, including a bicycling challenge, a juggling game, and a game where you have to flap your arms like a bird to try and land on various targets. Many of the games also include mental elements, such as one where you have to thrust your hips to add numbers and a game that simulates a snowball fight which focuses on aiming skills. Other exercises include a golf range, where the player can practice their strokes with various clubs, and the game will analyze your movements and offer advice on how to improve the player's stroke. I don't play golf, so I don't know if this feature is really useful, but it seems like a nice inclusion to me.

Another addition to the game is the ability to create routines focused on a specific goal. The game includes 12 routines, each consisting of three exercises with a theme of a “leaner Mii” or “relaxation.” The player is free to develop their own routines, if they prefer. 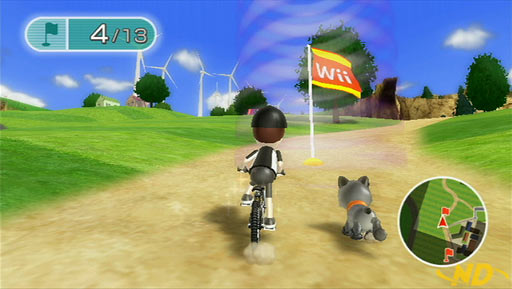 Wii Fit Plus also adds a few activities to the strength training and yoga sections of the game, as well as a calorie counter to indicate how many calories have been burned through the exercise / game session. Wii Fit Plus also unlocks anything that hadn't been unlocked in the original Wii Fit, for those that had purchased the original game before the expansion.

The game does have some minor, cartoonish violence. For example, if the player misses a move while trying the Rhythm Kung Fu game, a pot will fall from the ceiling and hit him or her in the head. In the soccer balance game, the player could get smacked in the face with a spiked shoe.

A bigger concern could come from self-esteem issues. While measuring the weight of the person, the player's Mii will puff up like a balloon the more the needle slides into the “overweight” territory. This could create body-image issues for some users, especially for those who have dense bone structures or compact, muscular builds (both factors in my household).

Wii Fit Plus is a very welcome addition to the original game. For those who don't have the original, the addition of the game to the Wii library can be a fun way to get some exercise without having to join a gym or worry about the weather. It also serves as a good way for children to get some of that pent-up energy out.