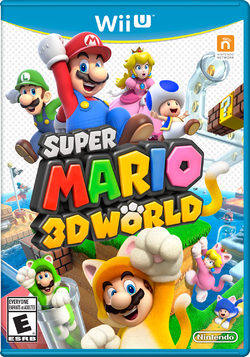 I honestly didn’t think Mario had been doing that great with his games recently. For the past few years, all we had gotten were New Super Mario Bros. games, which were pretty much rereleases of the same game. A new 3D Mario game was overdue, and I was very enthusiastic to hear the Wii U was getting a new one. However, the game did not appear the way I was expecting.

When I first saw Super Mario 3D World, I was rather unimpressed. It looked like a half-baked 3D Mario game that wouldn’t even compare to Super Mario Galaxy. It didn’t look innovative and the graphics looked rather simple. However, after playing it, I can say that it is not only a great game, but one of the best Mario games currently released.

The gameplay is very similar to the 3DS game Super Mario 3D Land. The game is more or less a 3D version of the classic games, where the goal is to get to the flag at the end while jumping on enemies, collecting coins, and gaining power ups. However, this formula turns out to be much more enjoyable than it appears. The game is possibly the most polished 3D Mario game yet, with no real camera issues to speak of. Games like Super Mario Galaxy were great, but I will admit that there were times where I struggled to control the camera. 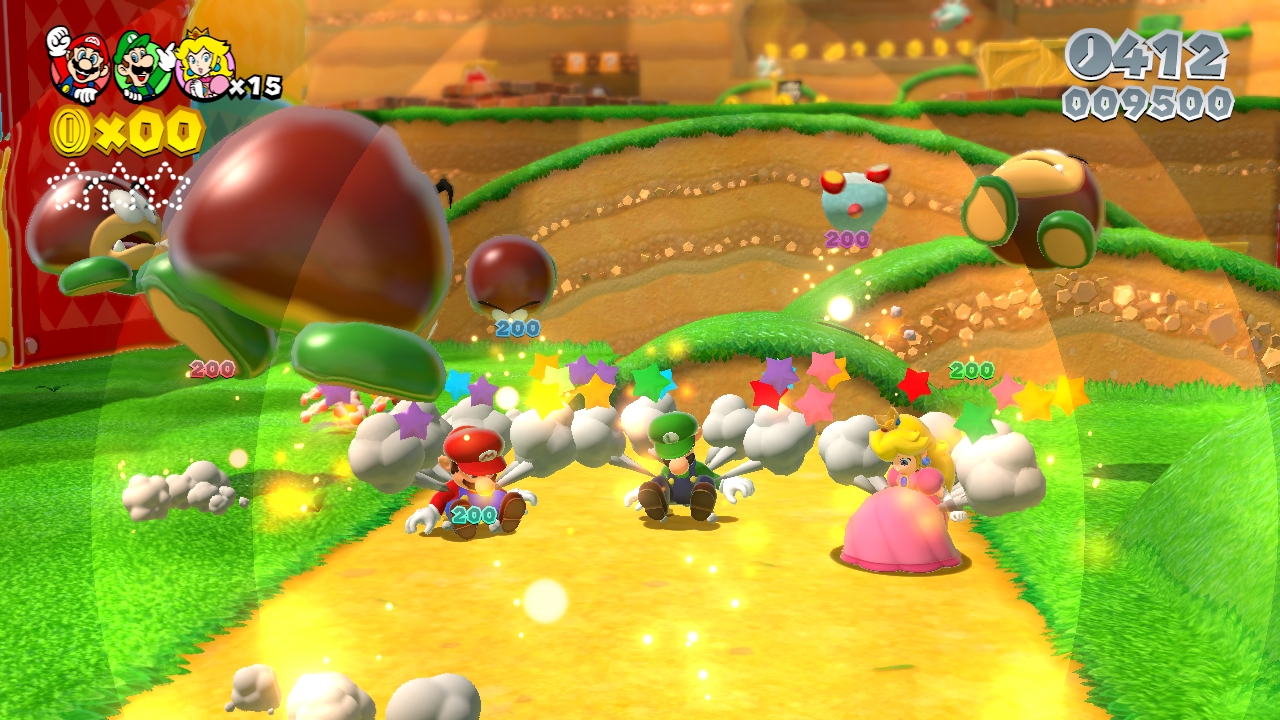 Super Mario 3D World has a rather simple gameplay formula, but the few features it adds make the game feel fresh. The Cat Suit is a very innovative addition to the power ups. It allows you to claw enemies and find secret areas by climbing up walls. This one suit introduces things that have never been seen before in a Mario game and is a great way to add variety to the game.

The second addition is multiplayer. Up to four players can play at a time as Mario, Luigi, Princess Peach, or Toad (a fifth character is unlockable later). Though its concept is very similar, this multiplayer is actually much more fun than the frustrating New Super Mario Bros. multiplayer. This is because this game is in 3D and leaves more space for the characters to run around in. What was originally annoying is now very entertaining.

While playing through the levels, you can collect green stars and stamps as extras. Green stars unlock certain extra levels, while stamps can be used as templates for Miiverse posts. Both of these give the game extra replay value, which is nice because Mario games don’t tend to be that long. 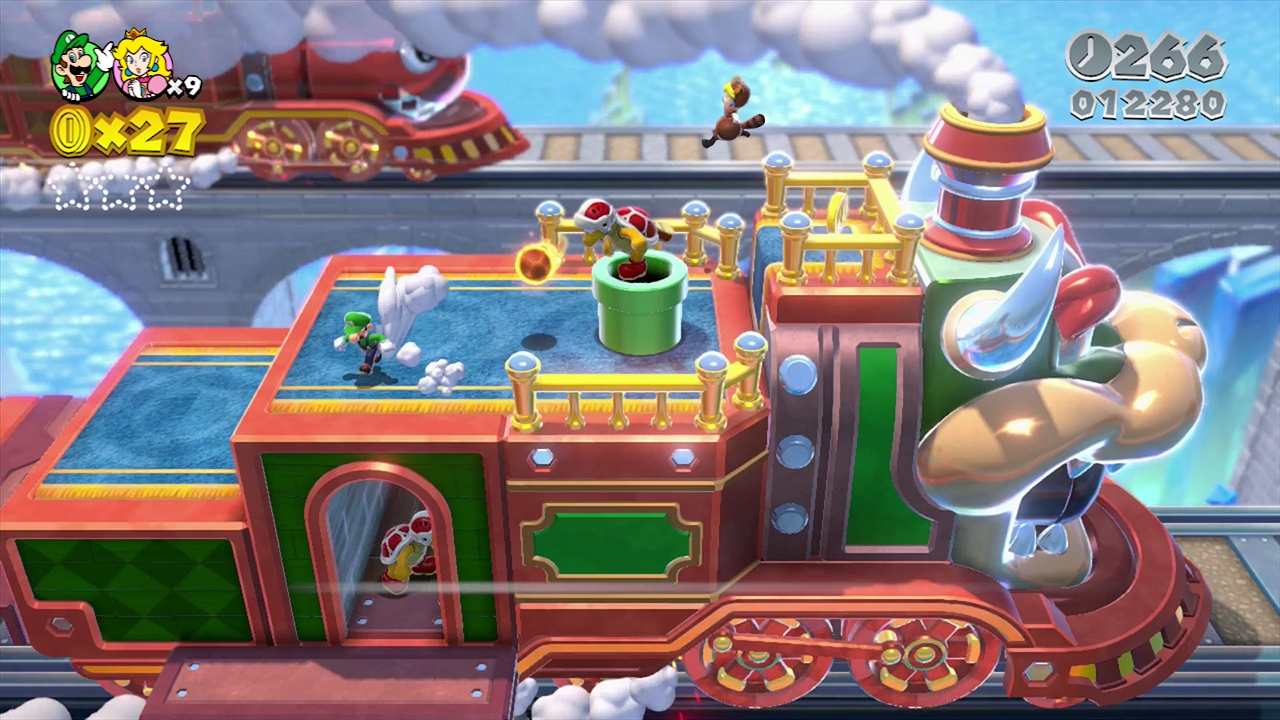 A while ago, I reviewed Sonic Lost World and gave the graphics a 10 out of 10. If Lost World’s graphics deserve a 10, then 3D World’s deserve an 11 (though, because it’s a technical impossibility, I’ll give them a 10). It might sound silly, but these graphics are truly astounding. Though they might look simple on the internet or in screenshots, the graphics are beautiful in gameplay. With no notable edgy spots, glitchy shadows, or frame rate drops, these graphics are practically flawless. However, these graphics do more than just avoid blemishes. They also exaggerate effects to add a special splash of color to the level design, especially the carnival levels. These added effects make this one of the best looking games I've ever seen

This game also has a great soundtrack. No longer are we plagued with the “Waah! Waah!” sounds found in the New Super Mario Bros. games, and are instead treated to more creative music. None of the songs really got on my nerves, and most of them were really catchy. I especially like the song that plays in rainy levels, which features a sadder sound to it.

If you’ve ever played a Mario game before, you know exactly what to expect in terms of morality. Aside from squishing enemies by jumping on their heads, the only concern is the ghost levels. These levels have you travel a haunted house filled with ghosts (called “Boos”). Though this touches upon the supernatural, this game, like all of the other Mario games, takes this very lightly. Nothing is truly scary, and the supernatural part doesn’t go far beyond the Boos presence.

Super Mario 3D World has quickly become one of my favorite Mario games. Though it’s not quite as innovative as some of Mario’s other 3D titles, the overall structure of the game is near perfect. Boasting a fun soundtrack and some of the best graphics I’ve ever seen, this game features a presentation that is superior to much of today’s other next-gen titles. I would definitely recommend this game to any gamer looking to have some good classic fun.