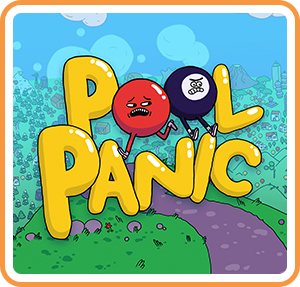 Thank you to Adult Swim Games for the review code!

Pool is a game that means many different things to people; teenagers play it digitally with their friends, adults often have fond memories of this cultural icon, and mathematicians see it as another beautiful example of how theoretical work transcends into the real world. No matter who you are, it's impossible to deny that pool is significant to European and American culture, and ties together many branches of academia. Like anything else of importance, the game industry has tried to adapt pool, leading to an interesting result in the form of Pool Panic.

Surprisingly, Pool Panic does have a substantial single-player campaign, despite being a party game. Just like the actual game, one controls the cue stick, with which they hit a ball of the same name. This is the closest thing to a protagonist, as you physically control the cue ball between levels and explore the world with it. While there isn't much of a narrative, there is certainly a lot of content to be found. There are over 100 levels, and amazingly, they all felt unique in some way. It's interesting to see how the passion the developers had allows them to manipulate pool in such a way that prevents it from growing stale. 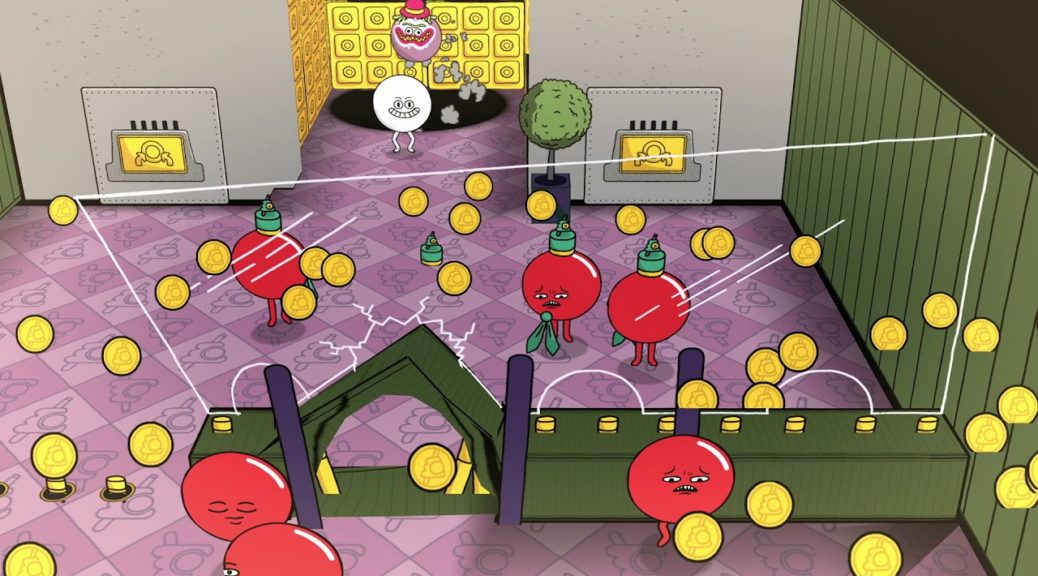 From undefined walls to neurotic billiards, the developers of Pool Panic came up with many ways to change the gameplay during the campaign. No two levels felt the same, and I found myself engrossed with discovering how to optimally play under strange circumstances. Although, by the end, a few stages started to feel repetitive. This was partially from the fatigue of playing so much pool, but also partially from design. The developers market this as "the least realistic pool simulator", and they certainly deliver on the promise. Where else can you fight a giant spider with a wooden stick and resin balls? Some of the levels became so outlandish, I forgot I was playing pool. Luckily, most ideas only stayed for a stage or two, so the game never felt too gimmicky. I think the adventure aspect of the game should be marketed more, as just calling it an electronic version of pool would be an injustice to the single player. It's what kept me playing, so it's a shame that it's briefly touched on in the trailers.

Each level has a primary objective that is, of course, to win the game of pool. It's a game with plenty of intricacies, but can easily be picked up by anyone, which is arguably the best way to show a game is well designed. Of course, being set in a fantasy world, few of the actual skills used to play pool competitively are needed here. One won't find themselves calculating the slope and angles of incidence and reflection in order to perfectly design a path to victory, as they would in an actual competitive match. At times, it even feels as if this kind of behavior is discouraged, as the sentient billiards will occasionally move by themselves. Skill is primarily used when determining whether a power shot or fine hit is necessary. There are also a few extra objectives available for each stage, such as completing it with as few shots as possible, or committing no fouls. These generally require some skill and added plenty of reasons to go back to old levels, though I didn't feel a need to do this for every stage.

There are a few extra modes in Pool Panic as well. These include local multiplayer and Panic mode. In local multiplayer, up to 4 people can play pool together. It's rather self-explanatory, but is certainly fun for a while. Panic mode presents the player with randomized levels that have time limits, so it helps provide a bit more skill-based gameplay. Of course, due to the nature of Pool Panic, it's always going to be more party focused than skill based, but I appreciate having something to work towards in terms of skill growth. 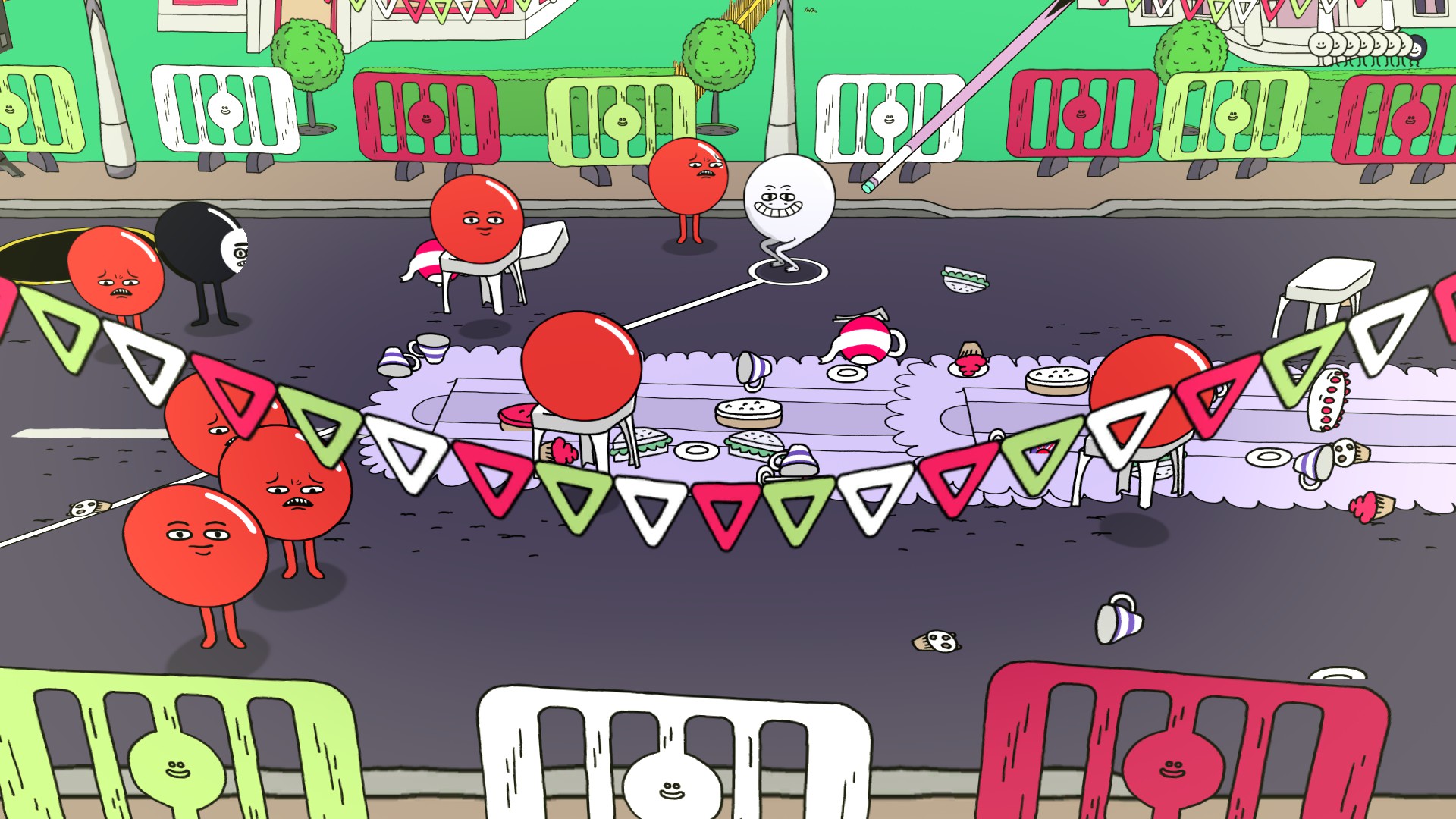 There is one glaring problem in Pool Panic: a lack of control. The camera is the biggest problem. Instead of allowing the player to have full control, it follows the cue ball, meaning that the action is always on the screen - but the action isn't always intended. The camera often doesn't show everything in the area, leading to many bad shots that are completely out of player control. This significantly lowers the quality of Pool Panic, since it becomes frustrating to fail what should be a perfect shot.

Pool Panic has the charming style that Adult Swim is known for, and I found that to be quite enjoyable. Despite just being balls, the designs all have character and portray emotion quite well. People often underestimate the power of drawing everything, and Pool Panic proves the merits of personalizing the visuals. The music was nice, but was a bit repetitive. I didn't mind this too much, but I would have liked a bit more variety.

The only thing that is wrong about Pool Panic from a moral standpoint is that some of the humor, although not as offensive as some of Adult Swim's content, could be seen as crude. I personally have no problem with it.

Overall, Pool Panic is a good game that has a dualistic approach to balancing skill and fun. I think it benefits from mixing the skillful and casual elements, though I would have liked modes that allow for both ends of the spectrum to be seen. The lack of control over the camera is an unforgivable issue, as it leads to many frustrating moments. Pool Panic isn't a normal party game, with its extensive adventure mode and overall design, and I believe that it is quite good as a result, even with a few problems.