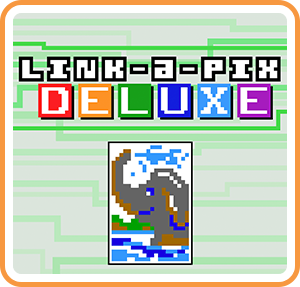 Thank you, Lightwood Games, for sending us this game to review!

Link-a-Pix Deluxe is a title bursting with clue-linking puzzles in which every grid has a picture hidden inside. The objective is to reveal the picture by painting paths to link the clues. Connect the pair of clues that have the same number and color. These numbers show the number of grid squares that will be filled in with that color in order to reach the other number, or the length of the connection. The only clues that don’t need linking are 1s, which represent squares that are only one grid square long. These are automatically filled in when the game begins. 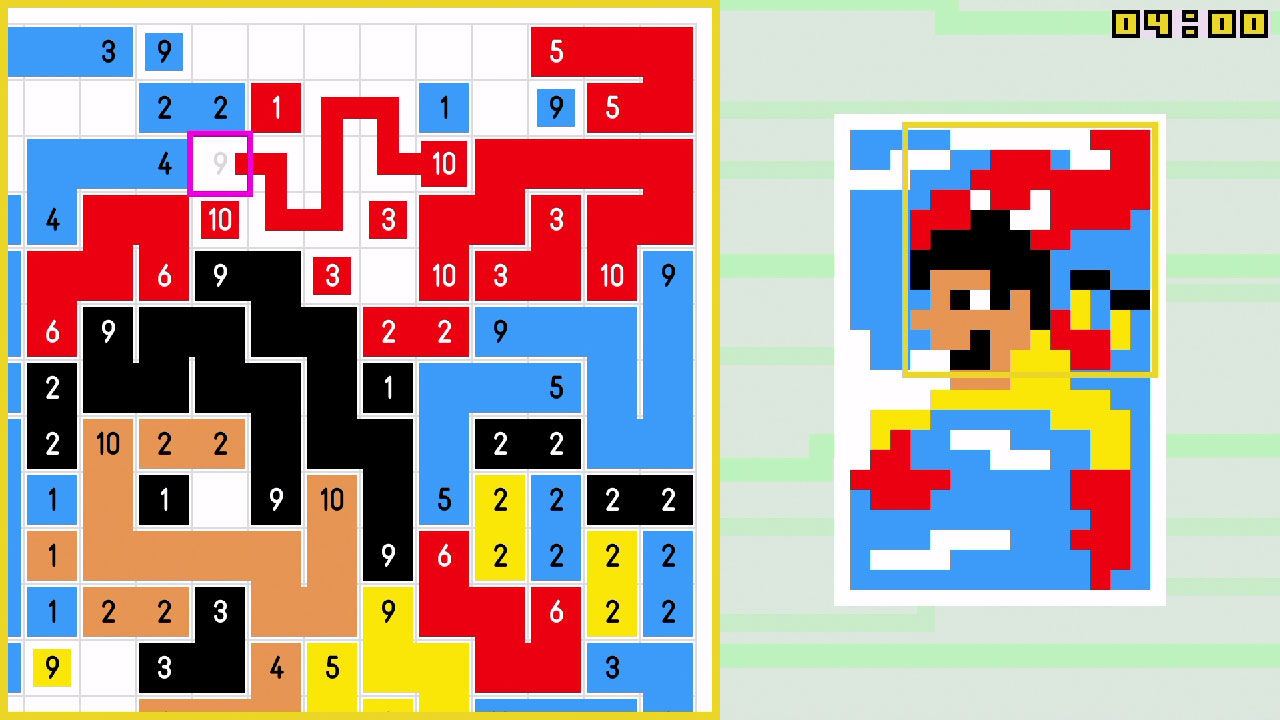 The difficulty comes in, however, when the fact is noted that there is only one way to link each pair correctly. Several methods are possible, but only one way is correct. How do you tell if a method is incorrect? Well, you must make sure it is possible for all of the pairs around it to be linked. Players are required to be creative enough to find new ways to link those two fives, or those two sixteens, without interfering with the connection between those nearby eights.

Link-a-Pix puzzles are always larger than the screen, even in the smallest puzzle sizes, so it is important to scroll around to find all of the clues and reveal the full picture. There are several different puzzle sizes to choose from, each measured by the number of grid squares horizontally and vertically. 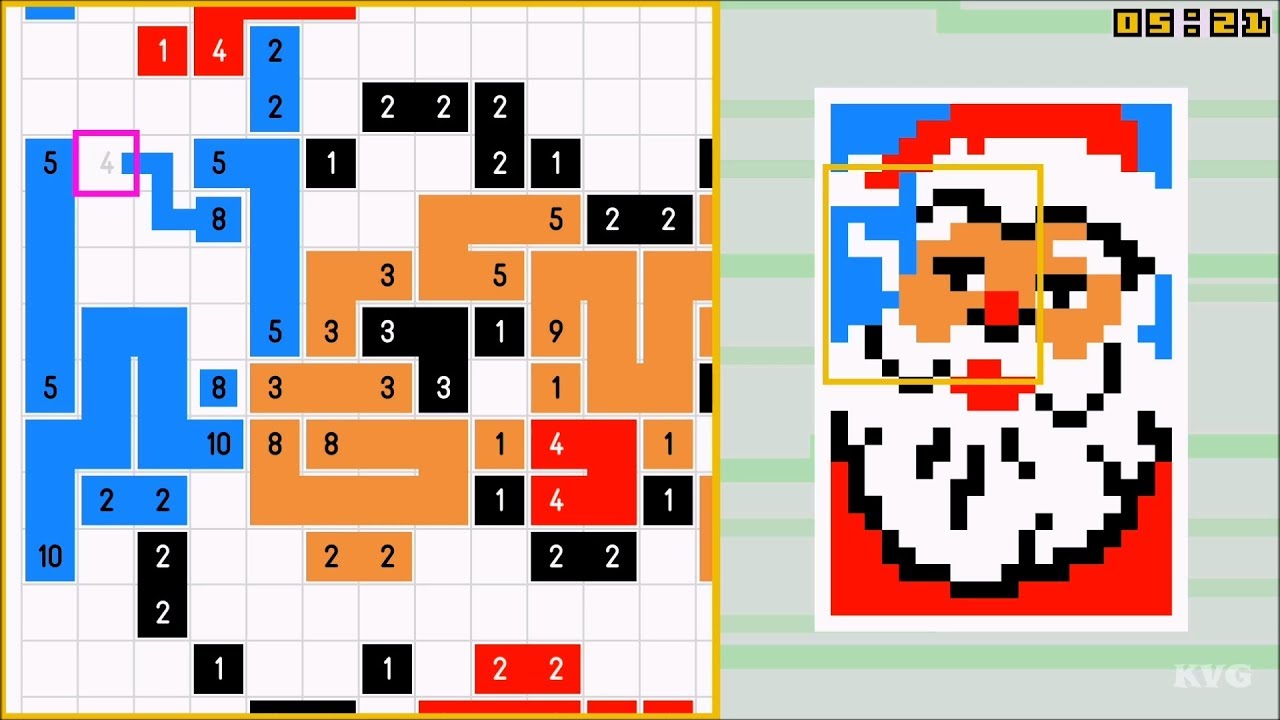 The graphics are simple and pixelated, yet very vivid and colorful. It is fitting for the purpose of the game in my opinion, and that goes for the music in it as well. It sounds like it compliments the graphics in style and in overall quality. I recognize it from other games made by Powgi, and it is repetitive when being played during a puzzle. Other than that factor, though, I think it very well fits the style of the game and its whole purpose.

Overall, especially since there is nothing to worry about in the moral category, I would to recommend this title to anyone looking for a lovable Nintendo Switch game to occupy their time with.