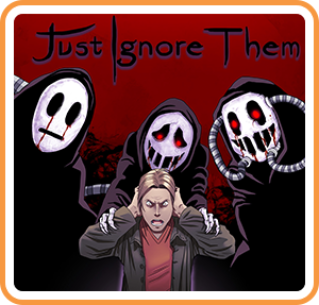 Thank you, Ratalaika Games, for sending us a copy of Just Ignore Them on the Nintendo Switch!

I am not really a fan of anything scary. It’s not that I scare easily, I just don’t enjoy the feeling of my amygdala tightening up under stress. That’s right, fear is the literal tightening of the emotional center of your brain. However, when duty calls, I have no problem with undergoing a little “brain strain.” I’ve asked my editor here at CCG to assign me random games to review so that I can go into the playthrough process with a clear head. We both believe that variety is the spice of life, so why not try something new and different? That is how the pixelated horror title, Just Ignore Them, made it to my Nintendo Switch. To be honest, I didn't know what I was getting myself into.

Despite my apprehensions, I was able to make it through Just Ignore Them with my sanity intact. Of course, I had every light in my house on while I played it, but I made it through nonetheless. The playthrough only took a couple of hours, as this game is very short. However, it did provide an ample amount of fright and terror, but I can’t say that those emotions came from the monsters in the game, but rather from the gameplay itself. 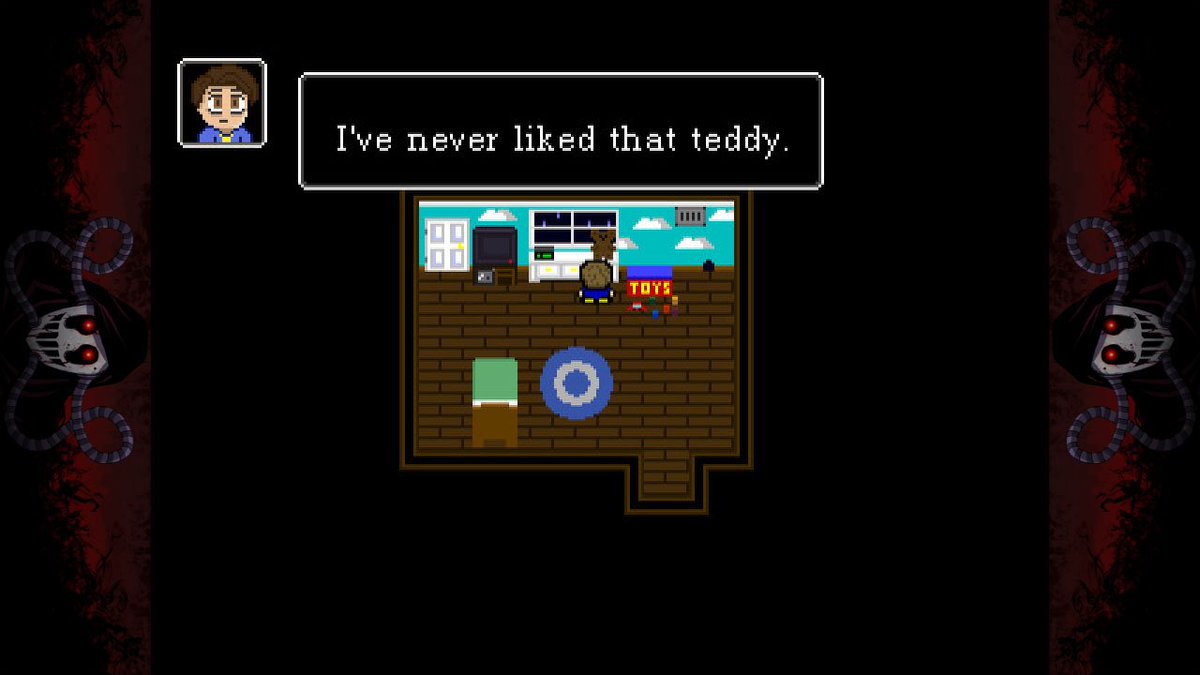 Just Ignore Them is a point and click adventure/horror game that is divided into four separate acts. It revolves around a young man named Mark who is constantly being chased by monsters wearing white masks. These monsters started off by being Mark's friends, but as he got older they began to hurt people that Mark got close to. After witnessing the brutal murder of his mother, Mark goes on a journey to find out about these monsters and how to stop them. He can’t run fast enough, however, because those fiends are always one step behind him!

As a writer of fiction myself, I didn’t find the story of Just Ignore Them to be very engaging. With only 4 acts, each of which took about 10 to 15 minutes to complete, the pace of the game did not allow for a deep development of the narrative. The dialogue was almost juvenile, and it didn’t seem to fit with the dark theme of man-eating monsters running amok. Mark and Brea, the other protagonist in this game, share awkward moments that usually resulted in some sexual innuendo or sarcastic remark to dull the tension in the narrative. Unfortunately, tension was something that did not come too often within this tale. Good stories consist of rising and declining tensions and Just Ignore Them does a very poor job of presenting tense moments that lead toward genuine fear. The action goes from event to event without too many surprises ramping up the fright factor.

Since good scares are not really achieved in this game, the only redeemable factors that it has is its interface and art style. The Switch version allows the player to simply push the screen in order to get the characters to interact with the environment. This provides a nice reprieve from using the analog, which is unforgiving and rigid. However, this game does not take full advantage of the Switch’s widescreen and chooses to restrict the play within a square space. This is no doubt partly due to the port from the PC, but it scales down the action screen quite a bit. I found it difficult to click on the items that were close together; my fingers were just too large to register the correct interface on the touch screen. This forced me to switch back and forth from using the analog stick and touching the screen, which is something I hate. If wanted to do that, I would go back to playing the Nintendo DS. 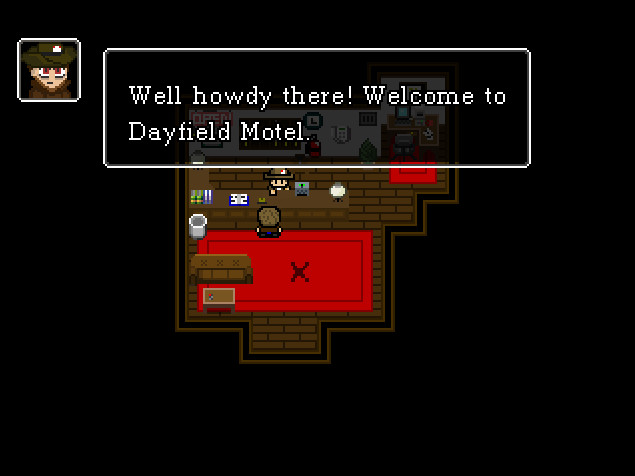 The pixel art is very simple but is not distracting from the action. I have found that simple pixel art can be used to enhance frightening experiences in games because the lower amount of detail forces you to focus harder on what is happening on the screen. Pixel art also leaves room for the imagination to create what is not there, so most of the action is actually being perceived in the minds of the players. The almost “cute” aesthetic of characters is offset by the adult themes contained within the story. Trust me, the events within this game are a far cry from “cartoon violence.”

It is best to think of Just Ignore Them as an interactive Rated-R low budget horror movie. The game is ripe with adult themes as the initial level has Mark follow a bloody trail to find his mother gutted in her room. There is plenty of sexual innuendo between Mark and Brae, especially in the hotel scene when Mark sees Brea showering through the lens of a hidden camera. Bad language is also present, with the characters spouting out words like a**hole and da**. Surprisingly, the F-word is not used at all, from what I can find. However, it is the gore that truly places this game in a moral vice. Buckets of pixelated blood can be found strewn around the four acts of the game. There are mutilated bodies on an airplane and eviscerated corpses in a secret lab. Even the “good ending” of the game concludes by showing the gruesome aftermath of a monster attack in a local restaurant. 8-bit graphics or not, Just Ignore Them presents too much gore to ignore.

As far as horror games go, Just Ignore Them provides an adequate terror experience for anyone that is seeking a mediocre, yet creepy thrill. However, the short point and click adventure fails to deliver a fulfilling experience overall. The rigid analog controls combined with the small, claustrophobic playing area provides very little comfort of play. The copious amounts of gore, coupled with the substandard dialogue between characters does not help this game to get off the ground. This title is not appropriate for children, nor do I feel very entertaining for adults. If you want to play this game, it is the right price at $3.99 on all systems, but you might want to ask yourself this question: If it’s not entertaining, fulfilling, or edifying, is it really worth it?