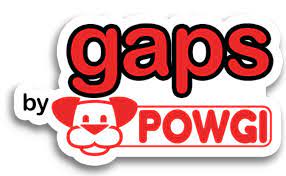 Throughout the years we have reviewed several Powgi puzzle games. I have streamed a couple of them and have broadcasted myself being stumped on multiple occasions. While streaming this title I think I did rather well and can say that this can probably be cleared in two to three hours if you’re on a roll.

In total, there are one hundred and fifty puzzles to solve. After completing each one, you’ll be shown how long it took you and then be exposed to a terrible joke/pun. One example is: “I hate it when people get common phrases wrong. I mean, it’s not rocket surgery”. You can try to get some more replay value by beating your previous completion time if desired, but then you’ll have to read the bad jokes all over again.

The layout and object for each level are the same. There’s a list of words with a letter missing and the filled in letters will be used to spell out a word on top. Many of the missing letters have multiple possibilities but if the word on top doesn’t make sense, there’s an error. By pressing the L & R triggers you can find out if there’s an error or not without penalty. I spammed this feature to check each of my guesses!

Some of the puzzles I was able to solve in less than thirty seconds while others stumped me for more than a minute. I did learn some new vocabulary words like aster in the process, so I guess that’s a good thing.

The sound and visuals are on par with other Powgi games we reviewed. The peppy music sounds familiar and I’ve probably heard it in many of their titles by now. The visuals are crisp and the interface is easy to navigate with Joy-Cons or touch screen.

Morally, there’s little to complain about. There was an opportunity or two to complete a word with a minor swear, but it was never the right answer.(Is it ever?)

Throughout the years my kids have learned to appreciate Powgi puzzle games, and I was happy to see one being played at my teenage daughter’s birthday get together. These pick up and play titles are also great while waiting at the doctor’s office or at a theme or water park. Gaps by Powgi is a fun addition to our growing collection and I recommend checking it out if you enjoy word puzzle games. You’ll have to put up with some pretty bad jokes in the process and I must say that they’re especially groan worthy in this title.