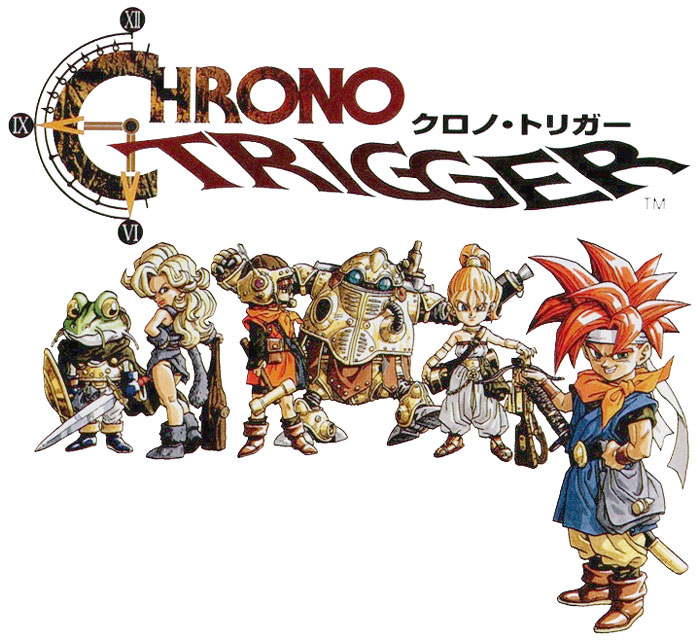 In the summer of 2004, game strategy guide website Gamefaqs.com conducted a series of polls to determine what its users considered to be the \'best game ever.\' The top game chosen was the PlayStation and PC game, Final Fantasy VII. The runner-up was the object of this review, the Super Nintendo\'s Chrono Trigger. Chrono Trigger is, quite simply, one of the finest games ever made in any genre. Released in the twilight of the Super Nintendo life cycle, this game redefined the role-playing genre with great innovation and originality that is hard to duplicate in this modern console era. The plot of Chrono Trigger revolves around a young, quiet boy named Crono, and his adventures across time. To tell any more would be to spoil a classic, but rest assured that this game is marvelously paced and sucks you into a plot replete with unexpected twists.

The game play in Chrono Trigger combines tried-and-true Final Fantasy elements with a few novel innovations. Battles are fought using the Active Time Battle format employed by most Final Fantasy games, including VII and X-2. Many of the spells and items should also look familiar to veterans of Square games. Among the innovations of Chrono Trigger, a few are worth mentioning. First off, CT is the first Square-produced turn-based RPG to do away with random battles. All of your enemies are out there in front of you, and in many cases you can sneak by them if you choose. The end result of this system is that it takes much of the annoyance out of RPG combat? and makes me wonder why games still employ the outdated practice. A second innovation in CT is the introduction of combination attacks between characters, known as double techs and triple techs. Using special attacks, characters can unlock combined special attacks that have greater effect than the two attacks on their own. Especially useful early in the game, these attacks give your party the sense of fighting as a cohesive whole, rather than as three individuals. A third, and central, innovation in the game is the use of time travel. The plotline of the game revolves heavily around time travel, and the implications of past events on the future. Not only does this afford the gamer a wide variety of game environments, but it also lets players revisit specific locations as they change across the ages. All in all, it makes for a really engaging experience. Because Chrono Trigger is predominantly plot-driven, and because the game features a large ensemble of characters, character development doesn?t come easy. Be that as it may, the game serves up at least one subplot for each playable character, so that each of them has their turn to shine. A minor gripe of the game is that a few of them get less airtime than others, but overall you come away from the game with a good sense of each characters origins, personality, and motivations.

By today's standards, the graphics are decidedly dated. After all, this is a 16-bit game. Even the PlayStation version, with its enhancements and added anime cutscenes, still does not stand up to even PSOne standards. Be that as it may, the game represented some of the best graphics in the context of its time, and stands favorably with such contemporaries as Final Fantasy III (VI in Japan), and gamers who remember the SNES will be impressed with what this game got out of the hardware.

Many alumni of Chrono Trigger will tell you that this game has the greatest soundtrack ever composed for any game. This reviewer shares that opinion. Chrono Trigger?s soundtrack on CD ? in its original MIDI format, mind you ? continues to be a sought-after commodity among gamers, and is one of the most prolific and successful game soundtracks ever sold. From the opening frame, Yasunori Mitsuda creates memorable fanfares, haunting interludes, and poignant ballads that add depth to the experience. Mitsuda also crafts individual themes for each character that add a certain depth and color to them, which serves to make each one of them distinct amongst the larger group.

The controls are sort of the old Squaresoft standard, having been employed in most of the Final Fantasy games. Outside of combat, you have separate face buttons for action. The menus are very easy to navigate; I found them easier to use than more recent Final Fantasy games, such as Final Fantasy VII and X.

Lengthwise, Chrono Trigger is a relatively short 20-30 hour quest, but also boasts significant replay value. Upon completing the game, you are offered a New Game + option, which essentially allows you to bring your weapons and experience into a new game. The New Game + mode also unlocks a multitude of new endings, each of which is unique and memorable. This mode, combined with the memorable plot, gives this game a lot of staying power, and it?s not surprising to hear of gamers who have played this game through 5 or 6 times.

There is no inappropriate language in Chrono Trigger.

There are a few instances of occult-type themes in the game. Most notable is a climactic scene, about a third of the way into the game, where a pentagram is shown as part of a ritual. The game also makes significant use of a magic system, much like Final Fantasy games. Zombies, spirits, and other paranormal activities also play roles throughout the game.

There is very little, if any, sexuality in the game, beyond the somewhat-slim dress of one of the major characters.

Chrono Trigger is ripe with ethical issues, some good and some bad. On the positive side, this is a game that really explores some important values, such as faith, loyalty, forgiveness, and the power of redemption, while at the same time ? and rather remarkably ? exposing some of the consequences of sin. Christians will also have a hard time missing the theme of ?Christlike? self-sacrifice that is central to the game?s moving plot. CT draws the battle lines of good and evil and lauds the game?s main character as the model of integrity and determination against the darkness. This can also be a very dark game, with instances of death and widespread destruction central to the storyline. Tragedy permeates much of this tale, even though through it all there remains hope. The evil characters can be very evil and often summon magical, and in some instances quasi-occultic, forces to their aid. As a whole, I found a lot to appreciate about the moral perspective offered in this game, but even with its cartoonish graphics it is not a game for young children, and is best left for those 13 and up.

In my conversations with my friends who play RPGs, I was surprised to learn that few of them had heard of Chrono Trigger. Fortunately, the gaming world at large has come to appreciate just how special this game really is. The original SNES cartridge is a collector?s item and I?ve seen mint-condition versions sell for hundreds of dollars. It can also be found for the PlayStation at various outlets (see sidebar). Either way, Chrono Trigger is one of the greatest RPG?s of all time, albeit one that is not without some appropriateness concerns.