Tony Hawk Ride is the tenth game in the Tony Hawk series. What makes this game stand out from the rest is the skateboard peripheral.   The skateboard is sturdy and has sensors on the front, back, and sides. There are no wheels and you can put Velcro on it to help keep it from slipping and sliding on your carpet or scratching up your floors. Because of the unique hardware, the retail price was $120.  I’ve always wanted to look good skateboarding so the game concept intrigued me.  Not enough to pay $120 though; I got my like new copy on Amazon for under $30 to my door.

The game play is geared for both casual and hardcore gamers. The casual game mode is like riding with training wheels. You don’t have to worry about navigation and you just follow and choose pre-set paths. Your main focus in this mode is to do tricks and there are icons letting you know good spots to do them. The confident level still has the trick hints but the paths are gone and you’re free to roam wherever you want. The last mode, Hardcore, is initially locked and can be played after you progress in the confident mode.

The single player campaign is called Road Trip and your goal is to travel around the world and meet pro skaters along the way.  I was happy to see my hometown, Chicago, represented. You can also skate in California, New York, Frankfurt, Barcelona, and Toledo.  Each location offers challenge, trick, speed and free skate sessions.  With the exception of Free Skate, the other modes give you points as you complete them and with the collected points, you unlock skaters, gear, and new locales to play. Although the campaign is linear, you can often unlock going to the next locale before completing the one you\'re on. In the other single player mode, Exhibition, you can skate in any of the cities you’ve unlocked.

In challenge mode you have to complete specific tricks at certain spots on the map. There are often multiple tricks and if you mess one up, you have to restart from the beginning. The trick sessions let you choose what tricks and where you want to them; your goal there is to rack up as many points as possible before the time runs out. Sometimes trick mode takes place on the streets and other times it’s on a half-pipe. Time is also a factor in the speed session. You goal is to get from point A to point B in the shortest amount of time.  There are obstacles in your way that can add or subtract from your time.

Performing tricks is generally easy to do. A jump/Ollie is performed by lifting the board up from the front; a Nollie involves raising the board from behind. On the harder difficulties the board only turns if you lean to the left or right. Many moves require you grab the board while it’s in he air (in the game); all you have to do is cover one of the sensors to register a grab. For the life of me I cannot do certain moves in this game due to hardware and calibration issues.  After looking at various gaming forums, I’m not the only one experiencing trouble with this. Fortunately you can bypass certain tasks and move on with the game play, but I like to complete everything and unfortunately this is not possible because of the hardware limitations. Even though the board has all the controller buttons on it, you still have to use a system controller to navigate the in-game menus. When you first plug in the batteries it’s recommended that you calibrate the board for accuracy which takes about 10 minutes to do. There are various game play modes and before you start each mode you have to do a mini calibration to determine your foot stance (Regular or Goofy). It’s a little annoying to have to re-affirm your foot stance every time, but it doesn’t take too long to do so.

The board is pretty responsive but the harder difficulties have quite a learning curve. Keeping the board balanced and performing tricks gets quite complicated. It can be quite a workout as well; I often broke a sweat while playing. I prefer to play the casual settings so I can just focus on doing tricks. The casual mode seems too easy at times. While I\'m playing I don\'t feel like a hardcore skater since many of the moves are watered down quite a bit.  The skateboard itself feels too sensitive and other times I can\'t trigger the move I\'m trying to do no matter how easy it should be.  There are video tutorials on how to do the moves but I think the hardware is a limiting factor and adds much frustration to the otherwise fun game. 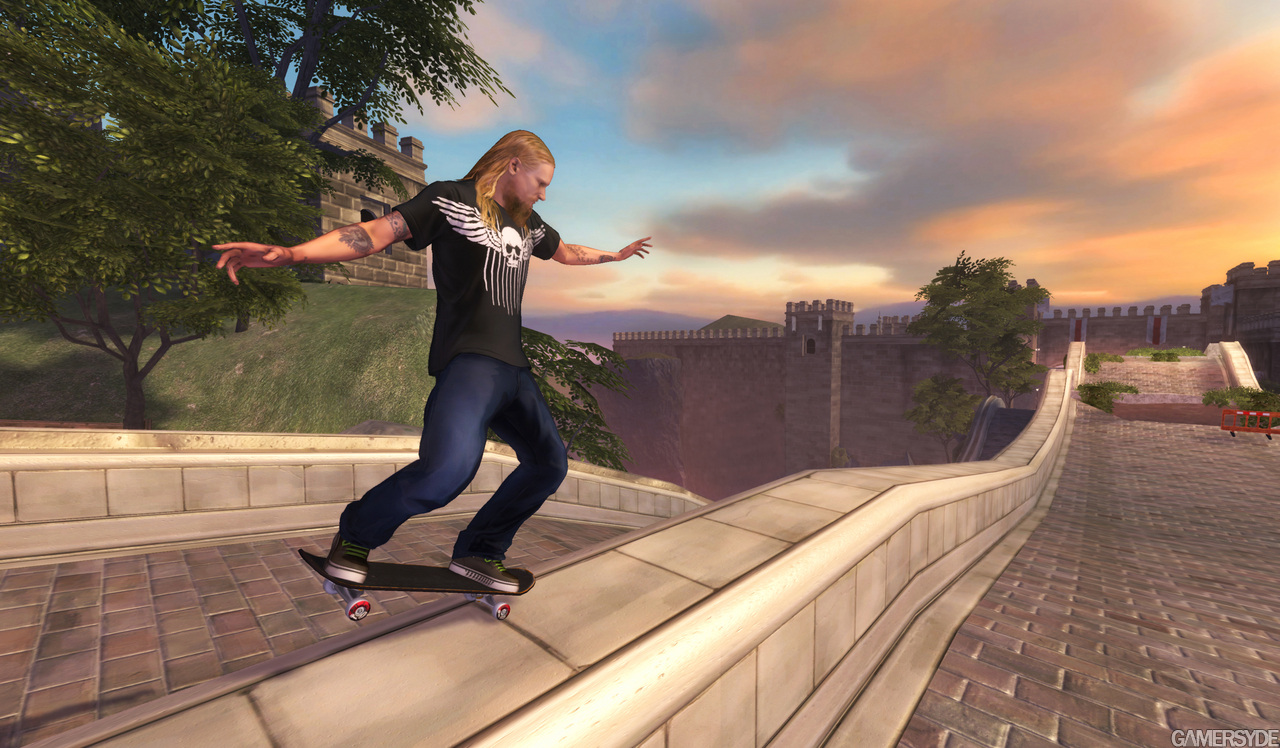 When I first set up my game I calibrated my board and set up my skater profile and was happily on my way. The next time I went to play my board wouldn’t turn on. It turns off on its own but in order to get it back on I had to remove the batteries and put them back in after a minute or two. Technically, it should be calibrated after each battery change. I called Activision and they were great about sending me a replacement and asked that I only send back the battery cover from my defective board. They put a temporary charge to my credit card for $69 that should have gone away after they received the battery cover with their UPS tracked label. They got the battery cover back, but still charged my credit card.  After I called them, they took it off. To make matters worse the replacement board I got does the same exact thing.  I refuse to go through that process again. Oddly enough my first board will sync with either USB dongle but the replacement board only works with one of the dongles. There are definitely some hardware quirks here.

If you do manage to get a working board, you can skate with friends in party mode. Since there is no support for multiple boards, you have to share it. There is online multiplayer game play but I didn’t see any sessions to join.

Graphically this game won’t blow you away. The scenery varies but nothing is too incredibly detailed.  On the other hand, the character models and animations are well executed. My kids enjoyed watching the ragdoll physics as my character fell down.  I was surprised to experience the PS3 slowing down when there’s a lot of rendering to be done. When you unlock a new location there’s often a video of a pro skater in that area and you’ll get to watch them doing some slick moves. Afterwards a cell shaded rendition of the skater will introduce them self and give you some pointers for the next area. I was disappointed to see the lip syncing was often off. The music is grunge style and fitting and pretty much what I expected for this style of game. I didn\'t notice any bad lyrics.

This game is pretty clean but there is some swearing as you skate past pedestrians they’ll will shout stuff at you. I’ve heard the D word but I don’t remember hearing any other swear words. The only violence is when you fall down; there’s very little blood, or breaking of any bones to add realism.

This is a generally a safe game to play with kids. Quite honestly, this will be the only reason I’ll keep it around. It could be fun to watch or take out if we have any skater wannabes come over. I’m sure glad I didn’t pay retail price for it. On the other hand it’s not worth trading in for $6 either.  As nice as the controller is, it just doesn\'t seem to work well for this game. Then again, I believe I have two faulty ones. I\'m curious how they will work with future titles which I don\'t plan on paying full price for.
Sports