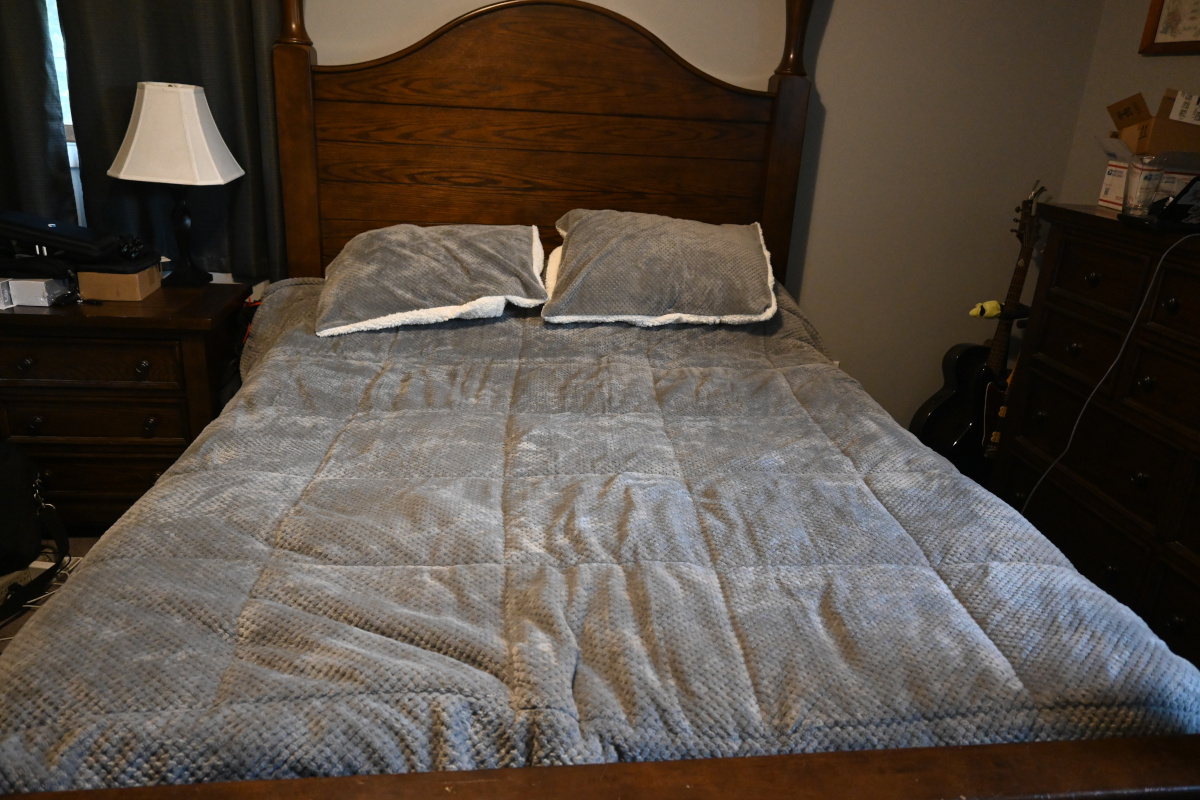 This product was sent to us through Amazon Vine and since our account was restricted from reviewing it on their platform, it’s now here for your reading pleasure!

Our previous comforter set has served us well for a few years and the brown ribbon lining on it has been coming off more and more as of late.  Given that our cats and dog often rest on it throughout the day and usually at night, it still smelled like animals, despite washing it multiple times in a row.  Long story short, it was time for a new one!

We recently moved and many of the walls in our house are grey.  I thought that this grey and white comforter set would blend in nicely with our grey walls, dark bed frame, and white trim.   Overall, I’m pleased with how this comforter looks in our room.

The asking price is reasonable at $66.99 with a 10% off coupon at the time of this review.  Shortly after placing the order, the seller e-mailed me suggesting that I wash the comforter set before using it.  It’s great advice as I often wash my new clothes before wearing them.  Not only does washing the comforter make it smell better, it fluffs it up nicely.

I started using this comforter in the summer and it's very warm.  During my nocturnal bathroom break, I often tuck myself back in with just the sheet.  I’m sure it’ll be nice and toasty in the winter months.

Setting up the comforter set isn’t any more difficult that other brands we have used.  Of a softness scale of 1-10, I’ll give it an 8.  My male cat was the first one on the bed after making it with this comforter and he promptly started kneading it.  My other cat and dog seem to like it as well.  It has received compliments from other family members, so I’d say that it’s been well received by humans and animals alike here.  If you’re in the market for a comforter set, this one is worth looking into!  It’s available in black, grey, white, and ivory.