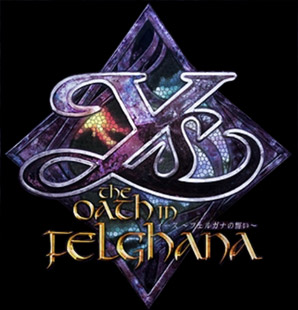 Back in 1989, Falcom had experimented, in a rather Zelda 2-like way, to make a side scrolling Ys game.  This did come out in the west, as Ys III: Wanderers from Ys a few years later.  While not a terrible game, it was often called the 'black sheep' of the series.  Of course Falcom knew this as well, and in 2005, released a total remake from an overhead perspective for Windows PCs called Ys: The Oath in Felghana.  They made a PSP release a few years later in 2010.  In 2012, XSEED Games got permission to update and release this PC game on Steam.

Ys: The Oath in Felghana, which takes place after the events in Ys: Memories in Celceta, is the story of the adventure Adol has with his best pal Dogi back in Dogi's home town of Redmont, in Felghana.  Dogi had not been home in eight years, and, while many were very happy to see him, it quickly became clear that things were not as they should be.  The rulers in nearby Valestein Castle clearly did not have Redmont's best interests in mind.  On top of that, monsters in the area were getting more and more aggressive, making travel outside of the village very dangerous.  Of course, a hero is inevitably needed, and Adol happens to fit the bill perfectly.

Like most Ys games (I have now completed four), while the story plays an important role, it always takes a back seat to gameplay.  This game is 3D rendered, and has a combination of top down and quasi side scrolling gameplay where you can move to the left or right, but also has a certain amount of depth you can travel.  There is also an interesting mix of hack and slash action, jumping, and platforming.  There is also magic to wield, items to collect, and weapons and armor to gather and forge.  This is also a solo adventure, with Adol forced to take on all of the forces of evil himself.

There are several areas in a somewhat dungeon-like format to explore.  Each area has lots of enemies to slash into bits, as well as at least one epic boss to battle.  And they are definitely epic.  And seriously hard.  There is an achievement, called 'Consult an FAQ Already!', which is earned by dying over ten times on a single boss – and I earned this on the second boss (and was very close on the first one).  I could have easily earned it many times over on the bosses that followed. 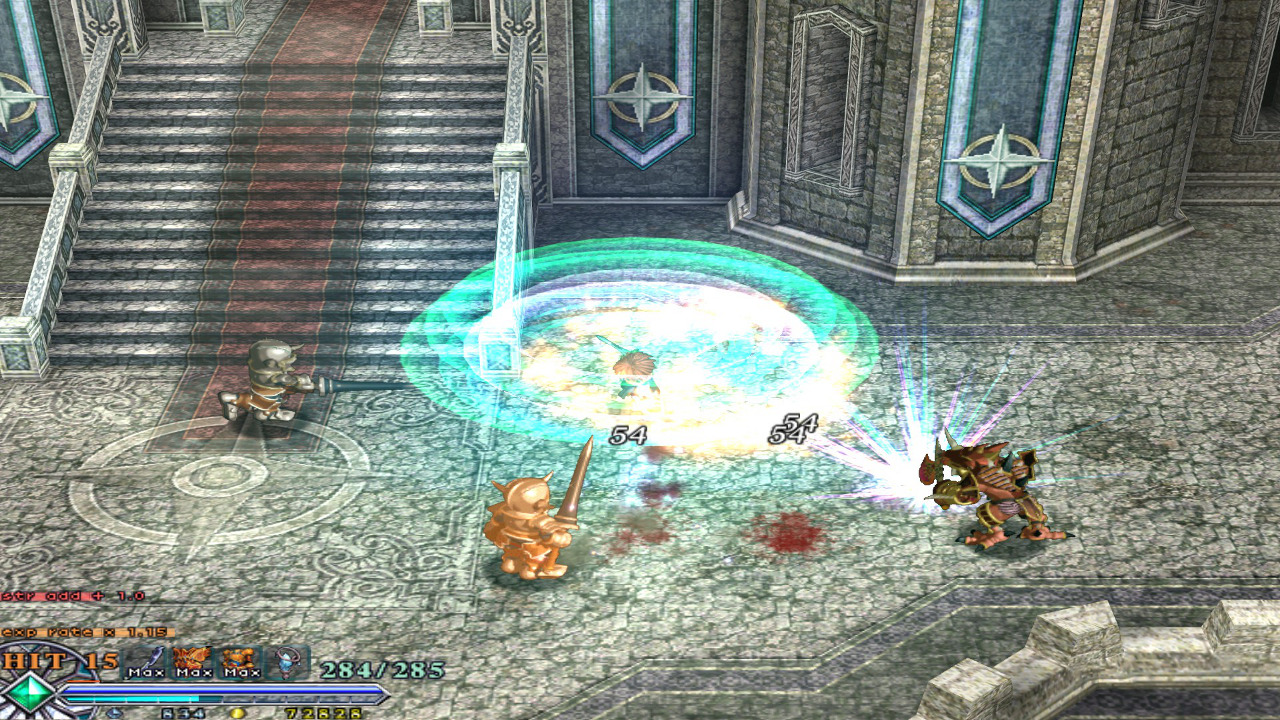 Strong Points: Fun and epic battles; nice mix of modern and classic gameplay; graphics have aged well; incredible soundtrack
Weak Points: The difficulty spikes drastically if you are not ready for it; widescreen adaptation works well, but some corners of the game world show black since the game was originally developed for 4:3
Moral Warnings: Action violence, including blood and enemy body parts dropped on kill; some NPCs consume alcohol; magic is used by the player and enemies; some suggestive dialog, like 'she sure has filled out nicely!' and the legacy pervert acheivement; some minor curse words like b*tch, b*stard, and dumb*ss

Every boss is definitely beatable, and as you fight them over and over, you begin to notice their patterns and quickly learn to avoid their attacks and properly pummel them.  This is yet another Ys game that not only is incredibly satisfying to beat, but also makes you a better gamer.  But it definitely does not pull any punches.

Unlike most Ys games, you can only save at save points; there is no ability to save in between.  There is a whole lot of strategy involved in pressing on towards the next area vs. backtracking to survive.  You see, there are no healing items, and until very late in the game, no way to gain health back on your own.  The only way to heal is to beat up on enemies, and sometimes they drop healing items.  So while it is a given that you have to memorize boss battles to survive, it is also the case that you can't just rush through normal enemies.  If you do, you may find yourself either underleveled for that boss, or with far too few hit points left and a whole lot of dungeon ahead of you to the next save point.

A single level can make a huge difference in how much damage you do and receive, so I found myself grinding to level several times when things got tough.  From what I can tell, it seems that you are expected to grind somewhat – some bosses are near unbeatable without that extra level or two. 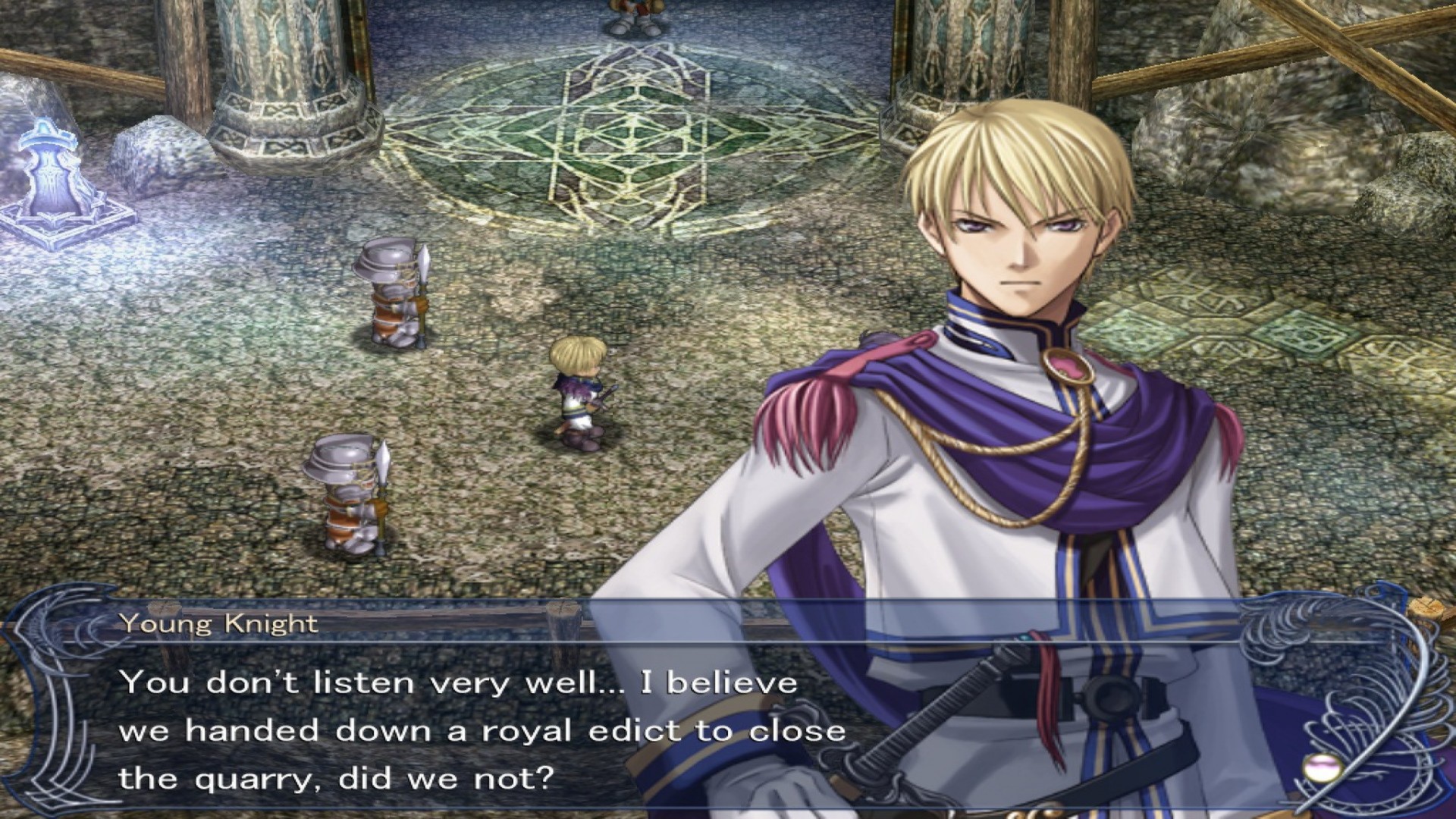 The game doesn't clip along just because you walk quickly, which you do, but there is a combo system upon connecting with your foes that increases damage, defense, magic regeneration, and the rate of experience gain.  This can really pay off while leveling, as getting up to 1.99x experience for defeating many foes in a row can really help leveling go much faster.  There is a boost gauge that allows you to pound your enemies even faster than normal, while also helping to rack up those combos once unleashed.

Outside of maybe the first two Ys games, The Oath in Felghana has one of the best soundtracks I have heard in a long time.  The more I have been exposed to Falcom's music team, the more impressed I have become.  I bought the soundtracks for several Ys games, and I have been loving every minute of them.  They feature everything from peaceful flute and violin-filled town music, to absolutely killer hard rock battle themes.  Please, for your own aural enjoyment, look up the soundtrack on YouTube. You won't be disappointed.  Now, imagine rocking out to those tracks, while exploring or facing truly epic boss battles – it really brings the experience together.

The graphics, while certainly no longer cutting edge, are perfectly serviceable and have aged fairly well.  The environments are fully rendered, with the characters and many enemies being 2D sprites.  It may sound strange but it works just fine.  The original game was designed for 4:3 monitors, but XSEED has helped us out by making this game work with widescreen.  99% of the time it works perfectly, with no noticeable artifacts.  There are a few spots in the game where the edge of the rendered game area is visible, so there are some black on screen regions – a small price to pay for doing a proper horizontal+ widescreen mode, vs. what a lot of other game developers do by cutting off from your field of view (vertical-) instead.

If it's not entirely obvious by now, I really enjoyed my time in Felghana.  But it is not without appropriateness concerns.  First of all, there is violence.  Bad guys die when hit enough times, and they can leave red and small pieces (gibs) behind.  There are also a few story sequences with blood.  There is some language, like b*tch, b*stard, a*s, and dumb*ss.  One character at the pub is shown drinking alcohol.  There is some sexual innuendo; your pal Dogi points out how his childhood friend, now a young lady, has 'filled out nicely'.  He also points out how he hopes to have a chance with her; after all, he has that childhood friend thing going for him.  Humorously, he realizes that you always get the girls to fall for you anyways.  There is also cleavage on a woman, and at least one female boss is rather exposed also.  There is also an achievement called 'legacy pervert' which you can trigger by crowding out a lady you are escorting.  It's a reference to an Easter egg in Ys I & II; there is no in game text referencing the action, just the achievement. 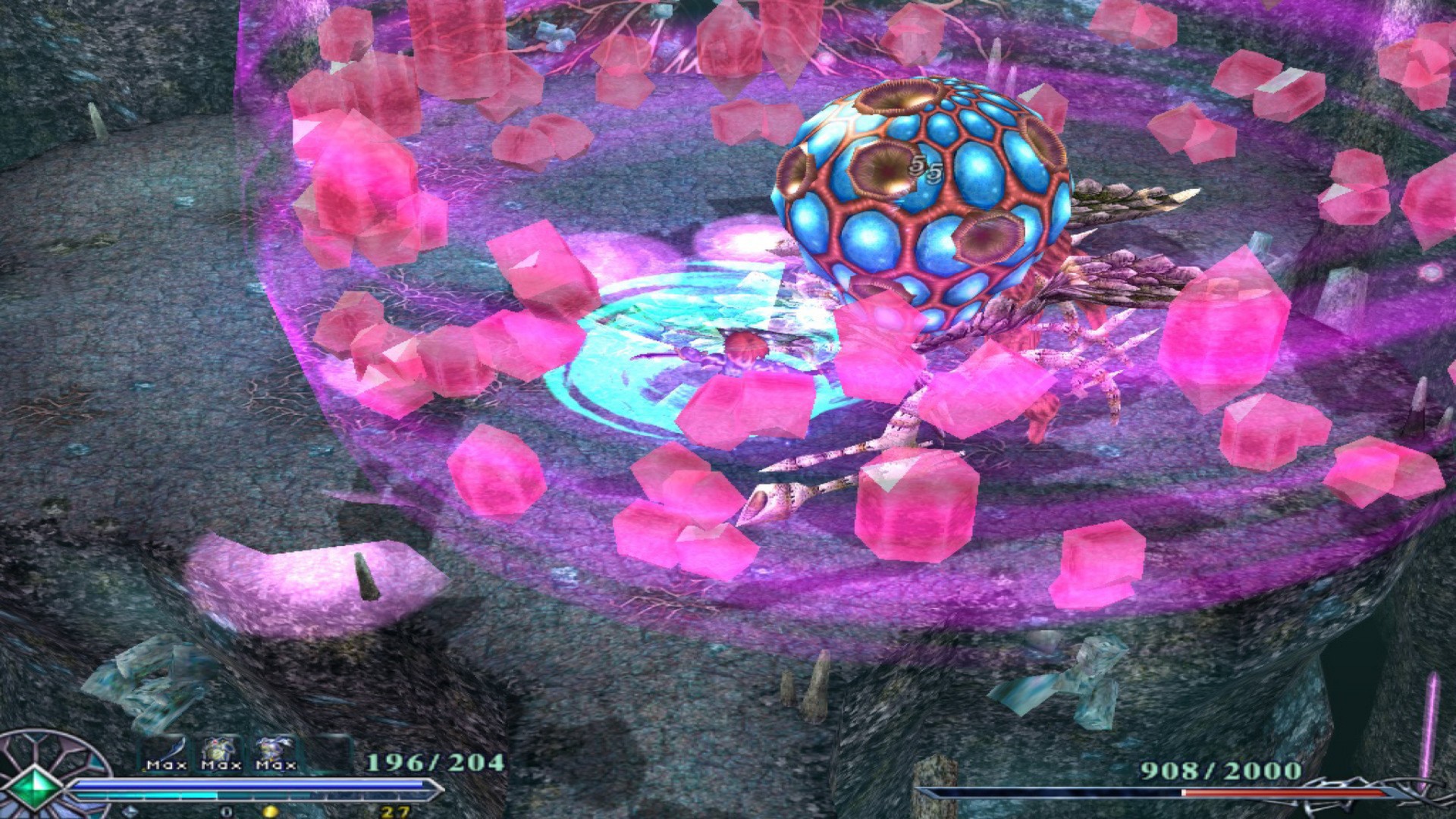 Interestingly, in this game there is a very Catholic-like church, which is shown in a mostly positive light, at first.  As the game goes on, *spoilers* some of the leaders betray you, but not all.  They go on a power trip, and get their power from a rather more demonic source.  *end spoilers*  Despite this, they are shown to be pillars of the community, and those who remain stay strong to each other in times of crisis, and come around the town and church community in doing so.  God is named, in reference to the/a deity, and usually with respect or reverence.  There is also a story of pain, revenge, and redemption woven throughout that I thought had, on balance, a positive moral lesson.

One thing that gave me pause is that the magical items that grant Adol (and others) power are all from whatever religion predated the church in the region.  So, while a strong sense of community is seen through the Catholic-like church, and at least some of the church leadership is shown as being consistently good and holy people, no obvious spiritual power is shown.  Most of the other Ys games deal with so-called deities in a different way, with the Goddesses, the Eldeen, or some other mysteries with somewhat more visible, though limited, power.  A case could be made that the ancient religions of the region are more 'real' than the current one, though you could probably also argue that a God who works through His creation and doesn't require a constant physical presence to impact the world is indeed more powerful.  It is only conjecture to say if the developers had an agenda here or not.  It's all a fantasy world anyway; it just inspired some thought.

Ys: The Oath in Felghana is, in many ways, a purified action RPG.  It takes the essentials, and executes on them extremely well.  It's not a particularly long adventure; there are achievements to beat the game in under five hours and over ten, suggesting common completion times to be in between that, though it actually took me closer to 30 hours, since Steam does count my many deaths as game time. But it's also a tightly woven, action packed experience that just keeps on moving, with stellar boss battles, despite the occasional difficulty spikes.  It does have some appropriateness issues to consider, and I don't want to minimize that.  But that aside, if you have any appreciation for action RPGs, and want a good challenge, look no further than Ys: The Oath in Felghana.  It's a rush from start to finish.