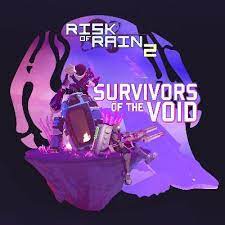 I can’t believe Risk of Rain 2 has nearly been around for three years. I’ve been playing it on and off—250 hours prior to the DLC in fact. It’s safe to say that I enjoyed this game plenty. However, between its Early Access state and the arrival of the first DLC, plenty of content has been added. We went from six Survivors to fourteen with the DLC, with most Survivors having alternative skills that can be unlocked. (One character isn’t selectable through the main menu and has to be accessed through special means via gameplay.) There have been some quality of life changes such as scrappers and printers on the map letting you have more control over your runs. Scrappers let you turn any item you have into scrap in your inventory. Printers take one item in your inventory and exchange it for something else, prioritizing scrap. Modifiers, known as artifacts were also added, either granting advantages or disadvantages at the start of any run. There is now even a revamped final level with a final boss. The final level changed starting with the 1st-anniversary update as it sucked. It used to be more or less a straight path to the final boss with a few enemies in between. Now it's a huge area where you have to complete four of the eight objective scattered around (or if you have enough items, you can just skip that part entirely and launch yourself to the final boss arena).

So with Survivors of the Void DLC expansion, it adds a little bit of everything. New maps, a new alternative final boss, two new Survivors, new enemies, and elite types, new items, and a new game mode. One of the major features of this DLC is the completely new and unique item tier known as void.

Risk of Rain 2 has different tiers of items, identified by their colors. Void items are purple, and take the existing tier of items available to corrupt them. Void items are an alteration of existing items. For example, there is the bustling fungus item that grants area-of-effect healing around you, but only if you stand still. Standing still in RoR2 is not recommended except for one class: the Engineer. He has turrets that inherit his item pool so he’s the only class that can take advantage of bustling fungus. The void version of this is called weeping fungus so this changes it so that healing is now granted to the player while sprinting. Void items are a good balance change because some items that were only useful for one character can now be useful for others without changing the item for the former. Keep in mind that once you obtain a void item, it cannot be removed, and it continues to corrupt all subsequent items of that specific type you obtain.

A few void items feel more like lunar items such as the benthic bloom (corrupting the 57 leaf clover) that upgrades three random items in your pool to the next tier. So white/common items become green/uncommon and green/uncommon become red/legendary. This sounds good on paper, but eventually, you will have all red items, and a good balance of all the items is needed for a successful run. I still enjoy the variety that void items introduce to RoR2 and all of them can be fun in their own right. 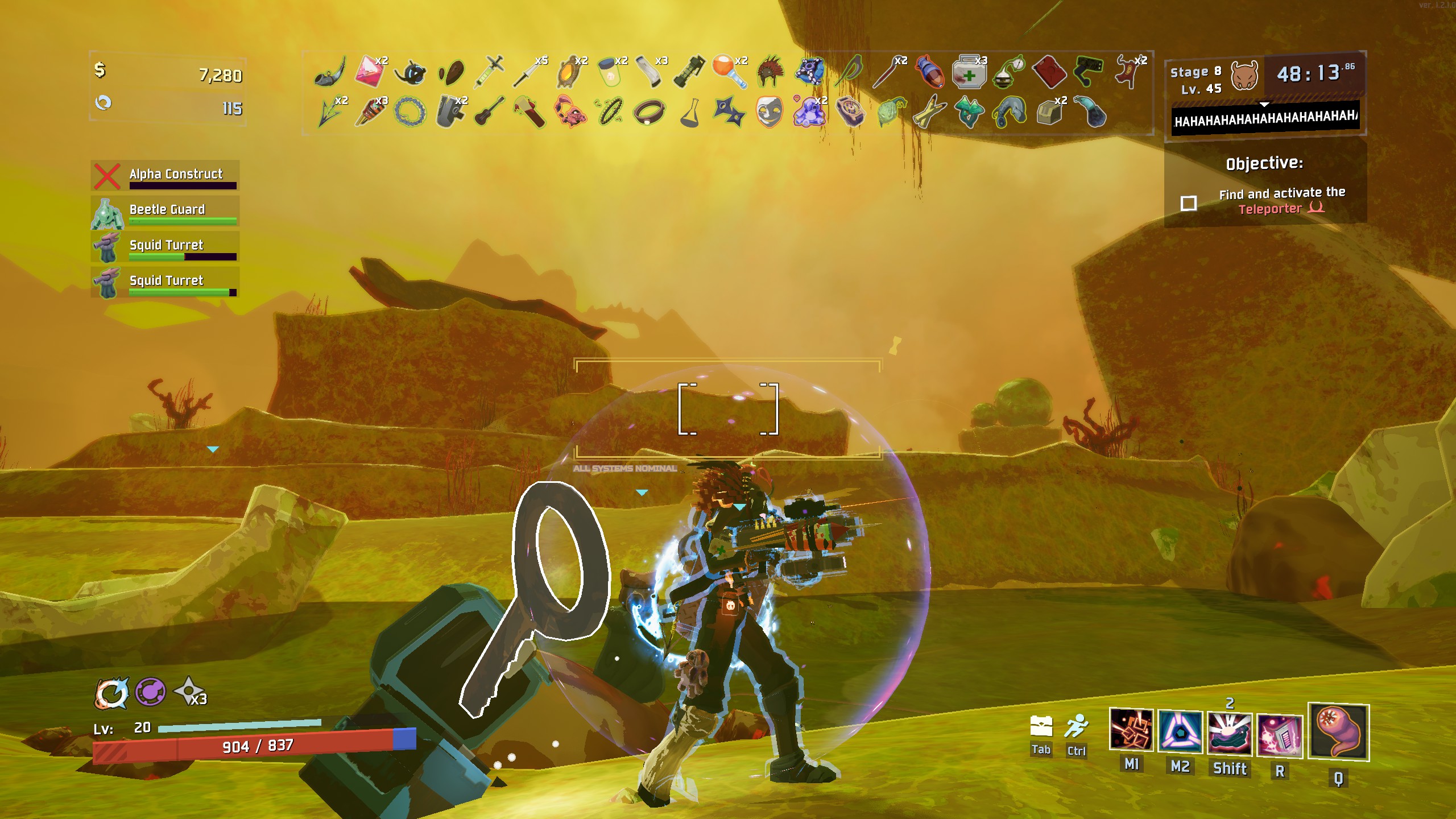 Strong Points:  New void items add variety and make some items more convenient for specific Survivors; new enemy types diversify the late game portion; only the host needs the DLC for others to access the content in multiplayer; music still slaps
Weak Points: Stability and balance issues; some void items feel like they would fit better as lunar items
Moral Warnings: All the same moral warnings as the standard game; Energy Drink logbook entry states the drink contains various drugs such as “methadone, phencyclidine, tetrahydrocannabinol” and so on; one usage of “g*dd*mn” in the Bandit lore entry

The two new Survivors are the Railgunner and the Void Fiend. The Railgunner is a sniper that excels at high damage and long-range battles, but she has limited movement and poor crowd control. When scoping in using her alternate fire, she can hit weak spots on the enemy for critical damage. It is accompanied by an active reload system where clicking at the right time within the gauge lets her fire again earlier. The Void Fiend is a form change character that swaps between its two forms based on a corruption gauge. The first and default form has a long-range laser, a bomb that charges and has a bigger blast radius the longer it charges, an evasion skill that moves upward, and a healing skill that consumes 25% of the corruption gauge to heal 25% of his health. When the corruption gauge is filled, Void Fiend enters a corrupted form where its laser becomes a short-range rapid-fire beam, bombs fire automatically without a charge time, the evasion skill is omnidirectional and the fourth skill now consumes 25% of max health to add 25% to the corrupted gauge, up to two times. I prefer the Void Fiend over the Railgunner as the Void Fiend fits my faster playstyle, and the character synergizes with the new void weapons. Every void item in your inventory decreases the minimum amount of the corruption gauge by 2% while slowing the rate of the corrupted form's consumption. So if you have 25 void items, the gauge will only drop down to 50%.

A new game mode called the simulacrum is RoR2’s version of horde mode. You fight an infinite number of increasingly difficult waves with your Survivor of choice. You start in a protective field and if you venture out of it, you take damage over time that increases in intensity the longer you stay in it. After every wave, you get a random selection of three items. Every five waves, a boss wave happens and when that ends, the protective field moves to another area of the map. Every ten waves, the map changes. Most of the maps are void-corrupted, condensed versions of existing maps in the game mode.

With new stages, comes new music. I already said that the music was amazing, and those were just beta tracks. The full release improved the music even more. Would it shock you if I said I feel that the DLC music is even better than the base game? This man, Chris Christodoulou has such a way with music. He truly is one of a kind, and his music makes the Risk of Rain series very memorable. A lot of pieces in RoR2 are slow burners, that ramp up to a masterclass in the musical arts. The only “problem” I have with the music is that often you won’t get to the good parts as you’re trying to go through some stages as fast as possible. Anyways, you can check out the entirety of the base game as well as the DLCs soundtrack at Chris Christodoulou’s YouTube channel. I highly recommend it. If you happen to do so, there is a language warning for a couple of the titles of his tracks.

I have plenty of positive things to say about the DLC, but not all of it I’m satisfied with. As new enemies were introduced, the stability overall became worse. The biggest contributor to the stability issue is the new Gup enemy that splits into smaller versions as it is killed. As more and more enemies spawn the further you get into the game, Gup’s spawning and splitting constantly will cause even the strongest computers to tank in frames. Certain physics also got messed with such as a glitch that if you fall off the map, you will retain your velocity when respawning on the map, causing you to fall off again and again until either you die from an enemy or something stops your velocity. Glitches like these were somewhat common in the Early Access state, which I was pretty forgiving about. But now since it’s been over a year and glitches like these get into a patch when even the simplest of playtesting would find this out pretty much means that to me, Hopoo nor Gearbox Publishing playtests RoR2 at all. There's so many glitches, oversights, and blatantly unfinished content that I would go mad listing all of them. But some include an unobtainable equipment item without the usage of a specific other item or artifact, the new final boss seemingly fading into an ending cutscene just to immediately go into the results screen, and the simulacrum being able to progress in waves even after death. 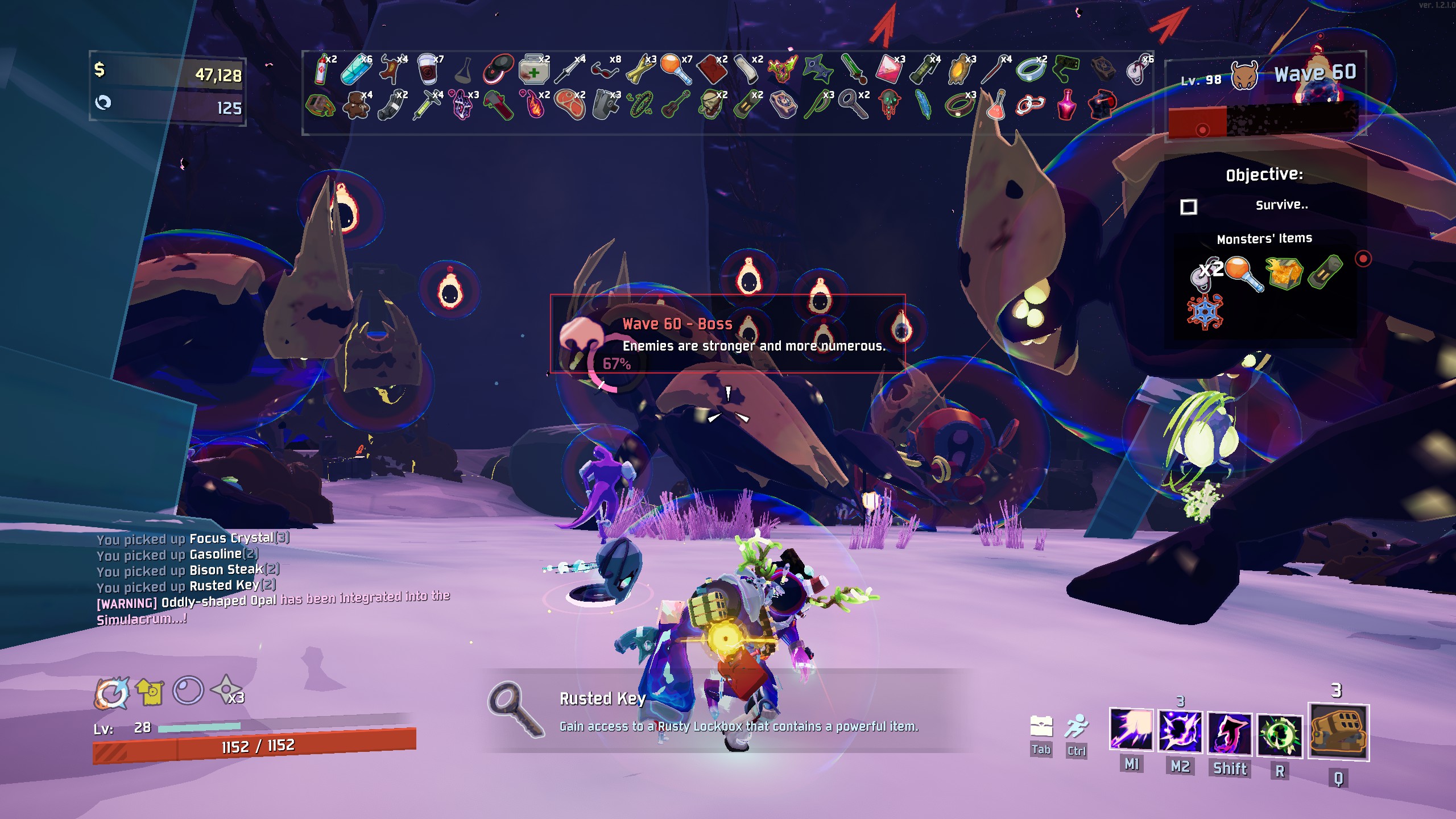 In regards to balance issues, I also feel they have gotten worse, as a lot of your runs will now end to obnoxious debuffs that have little counterplay. The blazing debuff got changed back to its Early Access state where it now lasts longer, stacks faster, and does a percentage of your max health. There is also the new debuff called collapse caused by void elites that acts similar to being hit by overloaded elite enemies, but you don't have the opportunity to cleanse it without specific items. So getting hit by certain blazing/void enemies simply means you just await your death.

Moral warnings and concerns are mostly the same as the base game. Check out my Early Access review of Risk of Rain 2 for the full details. The DLC adds nothing to this section that the base game didn’t already cover, but there are some extra moral concerns to add that wasn’t in the Early Access state. With logbook entries for every item and Survivor, there are a couple that should be pointed out. In the Bandit logbook entry, one usage of “g*dd*mn” can be seen. In the energy drink log, the item references drugs, with the exact quote being “A quick toxicology test on some of the victims has come back positive for um... all kinds of stuff, really. Methadone, phencyclidine, tetrahydrocannabinol, a variety of opiates, benzodiazepines, barbiturates, amphetamines... the list just goes on and on and on” For example, phencyclidine is known as angel dust in some communities, while tetrahydrocannabinol can be found in marijuana.

Survivors of the Void has a lot of good to go around. There are some bad choices here and there, and some decisions that I highly disagree with, but the music is just as good if not better. The amount of content and variety added overall improves the experience for anyone who greatly enjoyed Risk of Rain 2. The moral concerns have increased from Early Access to the current state so keep that in mind, although most of them are contained within the optional logbook entries. For anyone who is just getting into or coming back to RoR2 after a long absence, I would hold off and play the vanilla experience for a while (and maybe wait for a patch) before deciding on the DLC. The good thing is that in multiplayer, only the host needs access to the DLC to play the DLC content so the guests can play the added levels. And if you ever get tired of the DLC, you can even toggle it on or off before starting a playthrough. Although I don’t feel that Risk of Rain 2 has reached the absolute heights its predecessor did, it still manages to be a great roguelite that people can sink dozen or hundreds of hours into and a few dozen or hundred more with Survivors of the Void. If you're on consoles, keep an eye out as this expansion will release later in 2022.