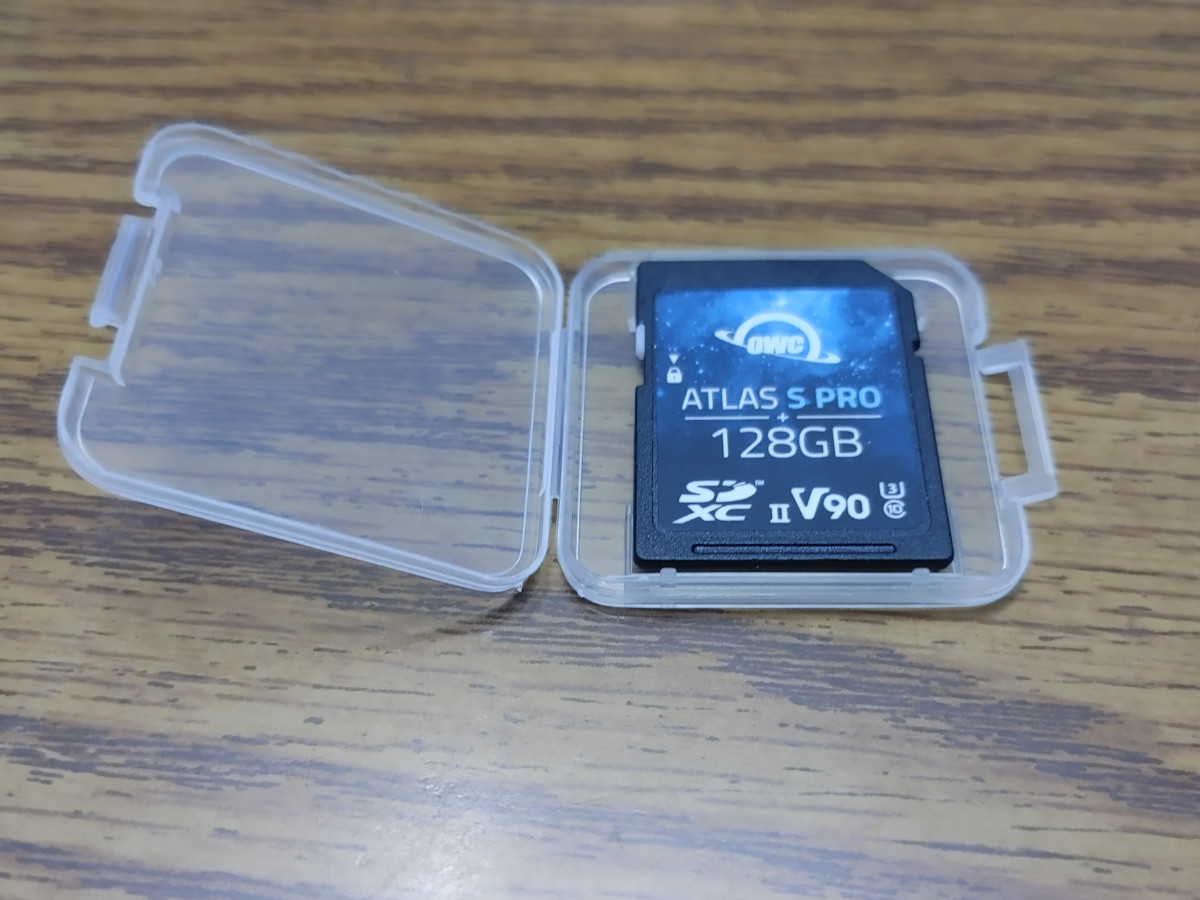 Thank you Other World Computing (OWC) for sending us this SDXC card to review!

Many consider SD cards to be a fairly commodity purchase. If you have a camera, laptop, or any other similar device that needs more storage, the ever popular SD card is a simple way that even the least technical among us often feel comfortable with. What many may not realize is that an SD card is not an SD card - far from it.

While the vast majority of our SD cards are of the micro variety (our phones, Nintendo Switch, and so on uses them) they are rarely high-performance devices. However, full-size cards have a lot more physical space for the NAND chips (NAND are a type of flash memory that is commonly used in SSD drives and SD cards), so while small, there is enough space to optimize for various use cases. The vast majority of SD cards most consumers buy are what you might call commodity cards - they have a lot of space for a low cost, and if they die, you buy another one. In my experience with microSD cards, it doesn't take much to kill one - a few too many read/write cycles, and your data can be gone faster than you'd expect.

However, more premium products like OWC's Atlas S Pro is designed for an entirely different market. The primary consumers of a card like this are photographers or videographers. If you are the type to always record your videos at 1080p, then most common SD cards will likely fit the bill. However, if you like to film at 4k or especially 8k, which is four and sixteen times the image size of 1080p respectively, then expect to need some serious speed. If your SD card is too slow, your camera could record stuttery video, or even fail to record it altogether - so having a fast enough card is critical for taking high-quality videos. If you have a camera that can take high-megapixel pictures, then after each shot you need to wait for the image to be written to the SD card before taking the next one, so if you like to take burst shots or otherwise take several in a row, then a fast SD can help you, too.

Strong Points: Excellent read and write performance, especially with sequential read and writes; supports the newer SD 4.0 standards with the eight extra pins; pSLC promises massive boost to endurance compared to most SD cards
Weak Points: Requires a SD 4.0 card reader for full performance; more expensive than most SD cards, but you get what you pay for

Not so long ago, this ministry purchased a mirrorless camera. This is in part to take better videos, but it's really there to improve our video and image game in general - recording videos on a cellphone or webcam just isn't cutting it anymore. So we recently purchased what we thought was a decent SD card - a SanDisk Extreme 256GB. While it may claim to be Extreme, the only thing it does better than the Atlas S Pro is have more space.

At a glance, it may seem like the SanDisk is competitive with the Atlas. The rated speed on the card claims 150MB/s, but as you look at the fine print, you see that it's only a V30 rated SDXC UHS-I card. What does this mean? It means a few things. For one, the 150MB/s transfer rate is actually impossible to reach in practice, because the UHS-I interface is limited to a maximum of 104MB/s. The other thing to note is that the V30 specification means that it is rated to be able to accommodate a guaranteed video bitrate of 30MB/s. It is rather unlikely it will reach much over the next tier, which is 60MB/s, so one can expect no better than between those values on a consistent basis.

This Atlas S Pro, on the other hand, is quite an impressive card in comparison. It certainly costs a lot more - about triple what we paid for the SanDisk 256GB card. But this is one of those cases where you get what you pay for, in two areas - speed and reliability.

First, speed. This SD card uses a UHS-II interface, and is rated at the maximum currently available video rating of V90 - and in my testing it performed far faster than that. OWC claims a real-world performance of around 277MB/s, and in my testing I saw between 171-262MB/s - while not quite 277, still very impressive. For those curious, I saw around 262MB/s via CrystalDiskMark, and I saw the still very good 171MB/s via the much tougher AS SSD benchmark. Now it has to be said that AS SSD is designed for SSDs, and it has 4K block torture tests that SD cards are simply not meant for, and performance in that kind of workload is never going to be good. AS SSD's 4K block test was running for over an hour, and it had barely progressed, so I canceled it. I attempted to run a similar test on the SanDisk, and it was similarly punished. (As an aside, I was pleasantly surprised to find that my laptop's built-in SD card slot happens to support UHS-II and the SD 4.0 specification, as my benchmark numbers were quite good, and nearly reached the advertised spec for this SD card.) 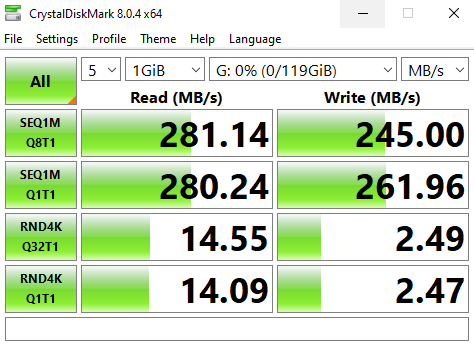 Outside of simply not optimizing for the 4K block use case, SD cards also often use larger block sizes, like 16K or 32K, which does indeed help with sequential file transfers, but absolutely destroys 4K random I/O performance, as the disk has to read and reread the same sectors over and over repeatedly just to write a portion of the block. This is called 'write amplification' and is a common problem with all kinds of storage architectures - from RAID arrays to SAN/NAS arrays to drives of many kinds, this can be a challenging workload for quite a few of them, and is not an optimized use case for these SD cards, so I don't blame them for this.

The other perhaps even more important thing that makes this SD card so remarkable is that it uses what is called pSLC NAND chips. What this means is that on a typical NAND chip, they are what you would call MLC or TLC (or even QLC) cells. This means that in a single cell, it can store one (SLC), two (MLC), three (TLC) or four (QLC) bits in a single NAND cell. This means that on a microscopic level, each cell has to track multiple voltage states in order to not lose the data it's being asked to store. What makes a pSLC chip special is that it uses a MLC or TLC cell, but only stores one bit in there. This is relevant because SLC chips are dramatically more reliable, at the cost of much larger chips for the same amount of storage. In effect, this means that the same NAND that was used in this SD card could have easily stored two or three times more data, but at the cost of a dramatically reduced lifespan, not to mention lower performance (probably).

At the end of the day, the Atlas S Pro 128GB is the perfect SD card for the right kind of customer: one who values data integrity and performance above price and storage density. The Atlas S Pro doesn't come at sizes larger than 512GB, while you can find more typical SD cards at 1TB already, if performance and reliability aren't important to you. However, if you don't want to keep replacing SD cards regularly, and you need the performance, give the Atlas S Pro a good look - I'm impressed. Given the speeds I've found here, you could easily load games on this thing!