Sonic the Hedgehog is back in a Wii and DS exclusive game called Sonic Colors. The game has lots of cool features including high-speed gameplay, the 2D and 3D perspectives, multiple control schemes, and awesome power-ups.

The storyline is that Dr. Eggman has created an amusement park to make up for his past crimes. Sonic and Tails are suspicious of his motives, so they decide to sneak in and find out what the egg-head is up to. It turns out that he's secretly capturing aliens called “wisps” to take the energy from them which can be used to control minds.

The gameplay uses both 2D and 3D camera perspectives. The camera follows you very well, but sometimes in the 2D sections, the camera will be zoomed out so that Sonic will be hard to see. However, these moments are very rare. Like other Sonic games, your basic goal is to run, jump, collect rings (which are your health), bounce on springs, run loops, jump on robots' heads, and to finish the level as soon as possible. Most levels are fun and fast, but some are slower and not as fun. The game is broken up into different planets, each containing unique environments. Levels are accessed through a world map, similar to New Super Mario Bros. These levels can be replayed after beating them. The game is pretty easy to play, but there are certain levels that involve a lot of platforming, which can be difficult because Sonic runs so fast. 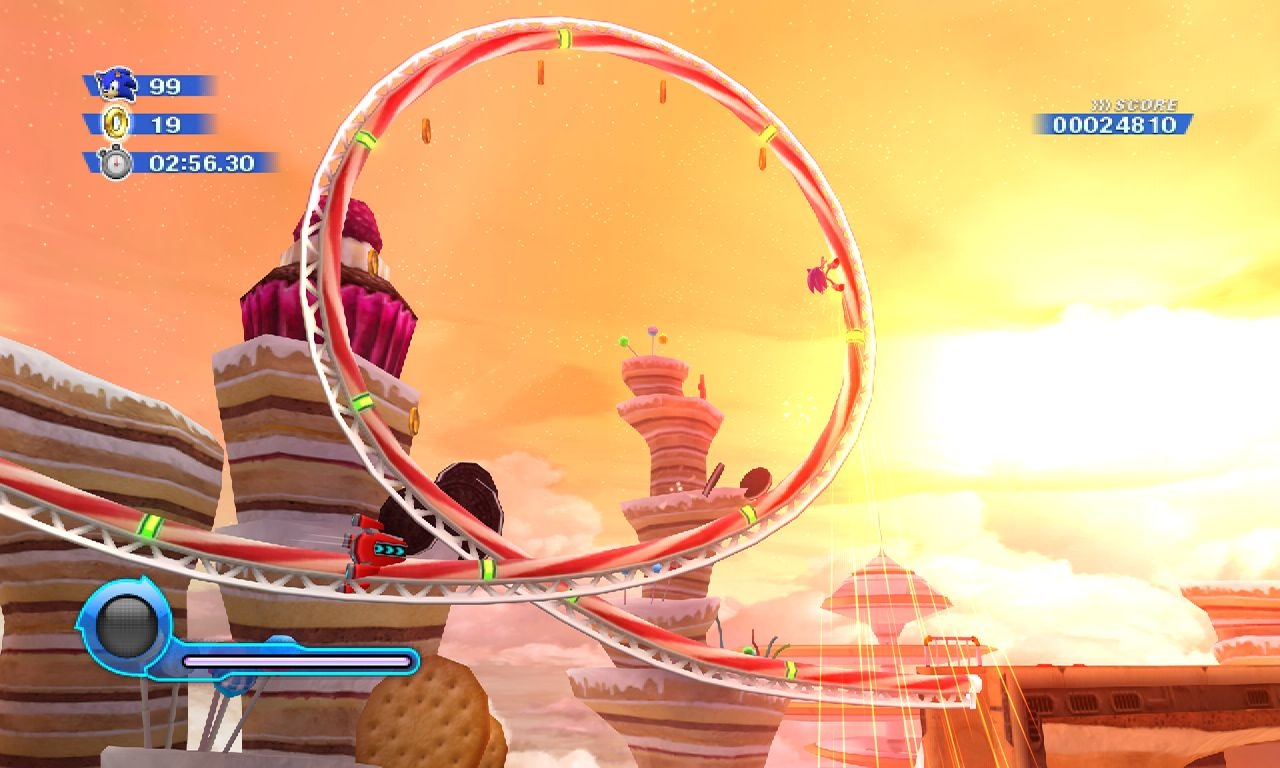 Strong Points: Gameplay is some of the best on Wii; Wisps are fun; graphics are colorful; music is upbeat and catchy

Weak Points: Story mode is too short; Shadow the Hedgehog is absent; some levels move slower than others

Specifically for Sonic Colors, Sonic is granted special power-ups that come from the wisps. These powers being activated by shaking the Wii controller. In the game, you activate the wisp power ups by shaking your remote. On Wii, there are eight different colored wisps (the DS only has six). These wisps turn Sonic into a yellow drill, a cyan laser, an orange rocket, a pink spikeball, a purple monster, a floating, green creature, and a blue block that opens new paths in the levels. The white wisps give Sonic the ability to boost.

Another great thing about the wisps is that they give the game lots of replay value. Certain areas in levels are unavailable the first time you play them because you haven't unlocked the specific wisp that lets you go there.  These wisps are unlocked as the story progresses.

Exclusively on Wii, Sonic Colors has a bonus feature called the Sonic Simulator which can be unlocked by grabbing the red rings within the story mode. The Sonic Simulator works with optional multiplayer. You can play as a Sonic robot or your Mii on Sonic's body. 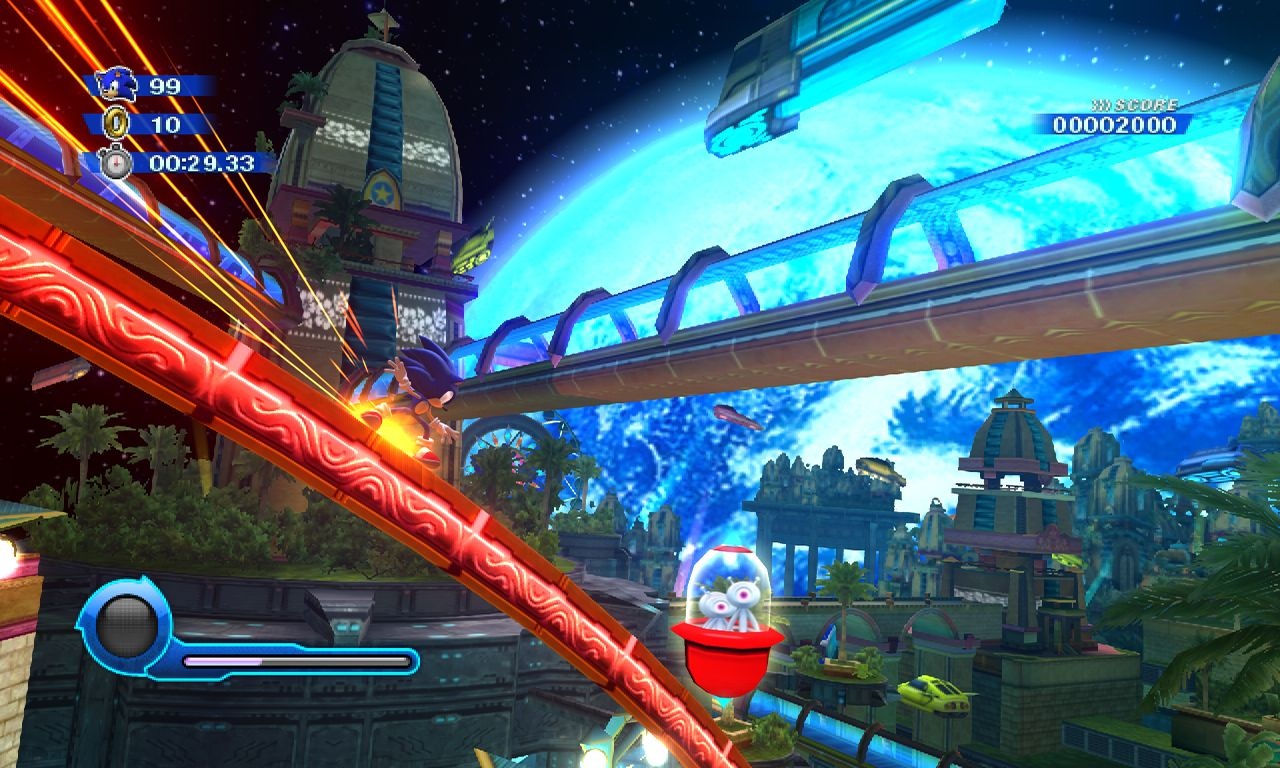 The graphics in Sonic Colors are incredible because of the amount of detail and color that the worlds and characters are given. Some of the worlds in the game include: the Sweet Mountain Zone which looks like a sunset-lit version of Candy Land; the Tropical Resort which looks like an amusement park at night; and Planet Wisp which looks like a construction site placed in the middle of a giant meadow. Because they are on Wii, though, the characters can be a bit edgy during cutscenes. Even still, these are some of the best graphics on Wii.

The voices of Sonic and Tails have been replaced by new voices. Sonic is now voiced by Roger Craig Smith and Tails is voiced by Kate Higgins. Eggman is still voiced by Mike Pollock. I personally prefer the older voices, but these new ones aren't bad.

The music in Sonic Colors deserves special recognition. All of the tracks are catchy, upbeat, and keep the game moving. Though past Sonic games had a more rocky soundtrack, this game has a more funky/pop sound to it. This is one of the only Sonic games that doesn't have any annoying songs.

This game is about as clean as a video game gets. The only violence in the game appears when Sonic jumps on robots' heads.