Like the mesmerizing animated film Fantasia, Epic Mickey puts the perennial Disney character in the shoes of an apprentice to a powerful wizard, equipped with only a magical paint brush.  In typical Mickey fashion, he winds up making a mess, literally.  The wizard has a beautiful painting that Mickey spills paint thinner on causing mayhem in the world it represents.  Inside of this painting is the world of forgotten Disney cartoon characters that are not fond of Mickey’s success.  Mickey gets sucked into this world that is being taken over by a powerful blot who has many minions roaming around that need to be taken care of.

I like how this game gives you the choice of using paint thinner to destroy an enemy or the ability to paint them and make them an ally.  Some of the tougher minions are not redeemable but many bosses are.  In fact, the story changes depending on your actions and when it comes to quest decisions, choose your answers wisely. Since this game auto saves, you cannot undo any decisions you make.  If you make a bad choice, it can result in a failed quest.

Like many platformer games there are jumping puzzles, time attack puzzles and plenty of stuff to collect.  You can collect E-tickets that allow you to buy stuff at the stores and you can buy power ups and the ability to hold more E-tickets and bonus content for the game.  You can also find and unlock concept art and animation clips while collecting pins as you progress through the game.  Exploration is rewarded and using paint thinner, many hidden nooks and crannies can be revealed. 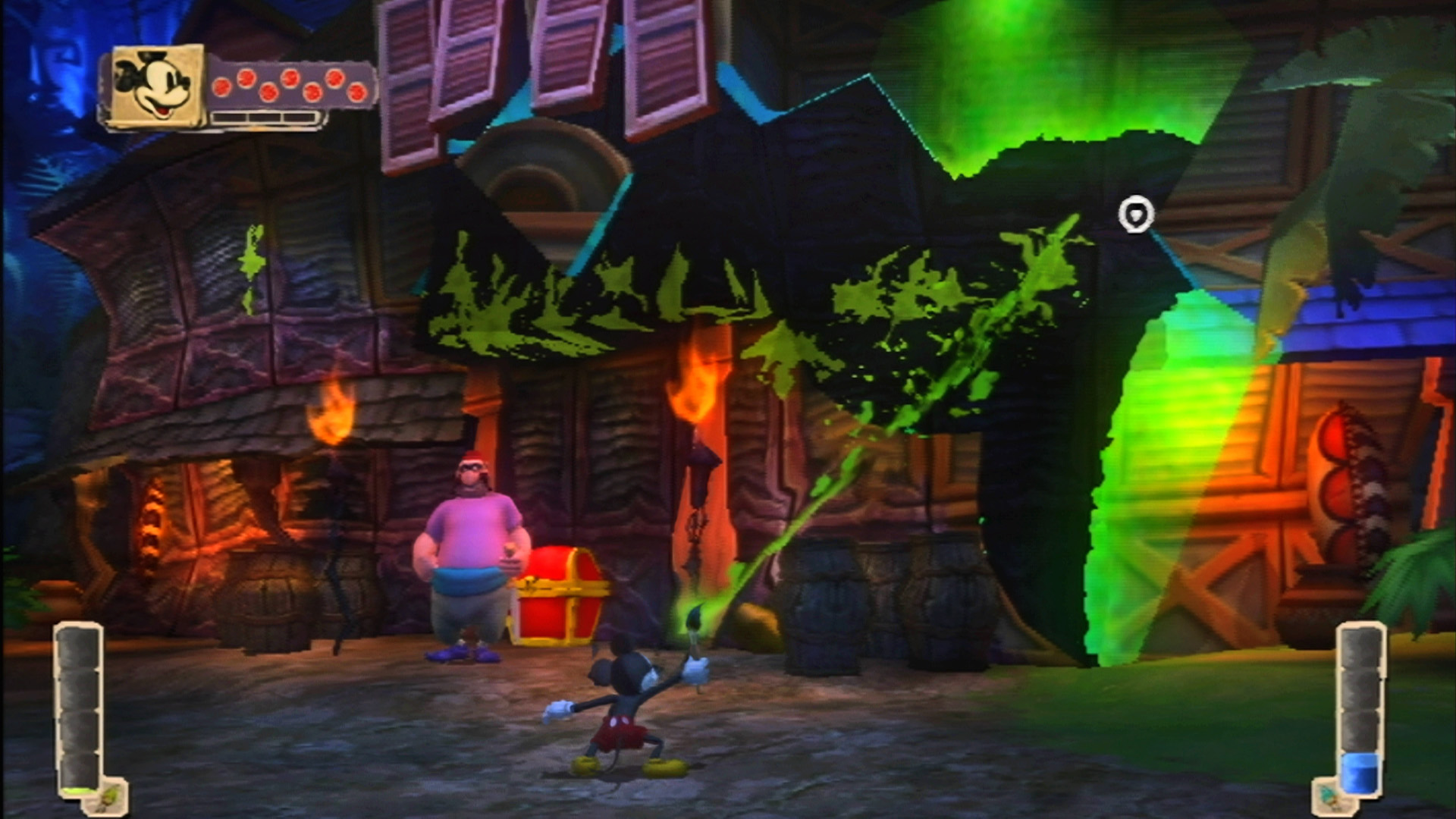 Weak Points: The camera controls are annoying at times but mostly work.

Moral Warnings: Cartoon violence but you often have a choice to redeem or destroy an enemy.

Since this is a land of forgotten cartoon characters they have a bit of a chip on their shoulder with Mickey’s fame.  As you clean up the world (you messed up), you will earn their favor and trust again.  Oswald the Rabbit is the leader of this world and he definitely puts Mickey to the test but he eventually learns that Mickey is a kind hearted hero and deserves the recognition he has received.  Other characters of note are the mostly friendly and mechanically savvy goblins who have been trapped in cages. If you go out of your way to find them and set them free they will often return the favor with a few E-tickets.

As you talk to the people in town, you can also accept various quests.  Some of the quests include rounding up menacing bunnies and getting them sucked into a pipe that drops them back into jail where they belong.  Many of your friends are literally scattered all over the place and you can collect their parts and piece them back together.  I like how you can opt to buy the parts at the shops too which is not cheap, but still worth it.

If you’re like me and not much of a console gamer, this game will push your patience to the limit at times.  I’m not a fan of time attack or jump puzzles and I've had to take some breaks and come back to the game to get past some tougher areas and enemies.  To make matters worse the camera controls are unusable at times and you’re literally moving around blindly.  For the most part the camera controls are fine but when they’re broke it’s extremely frustrating. 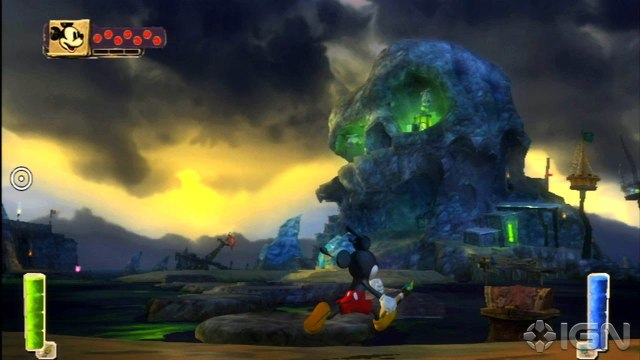 On a positive note the sound is well done with charming background music.  While there is voice acting, it’s mostly giggles and mumbles.  There’s nothing coherent unfortunately.  The artwork is truly unique and you feel like you’re playing inside a cartoon in the making.  As you travel between worlds you have to do a platformer sequence with a cartoon back drop inspired by an actual Disney cartoon.

The enemies are typically blot or robotic in origin.  Most of the bosses are various renditions of Pete whom you can either destroy or make an ally.  I love how this game teaches forgiveness and has an option to redeem your foes.  Your capacity for paint or thinner varies on how much you use either of them.

While this game reminded me of why I’m not a console gamer, the story and character development make the adventure worth pursuing. If you've been looking for a game where you can literally bring your Christian attitudes into the virtual world, then this is it! From converting foes into allies for good to restoring a broken, ravaged world back to its former glory, I wonder if some of the developers are Christian! A deeper take on the good vs. evil storyline - very refreshing. Very Biblical! The graphics and worlds are whimsical and if you’re a perfectionist who tries to collect or buy every pin you’ll be in heaven.  Just be prepared to take some breaks and work around the camera issues.