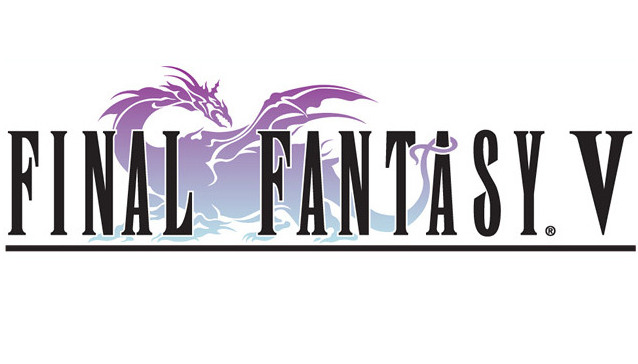 The planet is in danger as the crystals that are guarding it are becoming unstable.  The king of Tycoon castle heads off on his dragon to check on the wind crystal. Being too impatient, his daughter, Reina secretly follows after him.  Meanwhile, a giant meteor has fallen and Bartz, the main character in the game, hops on his trusty chocobo, Boco, to investigate it.  While he’s there he runs into Reina, and Galuf, an older man with a bad case of amnesia.  After surviving some monster attacks, they discover that they make a good team and decide to look into the mysteries of the crystals together.  Along their journey they meet a pirate leader named Faris that joins the party.

Once the party is complete, the main story starts to unfold and they discover that an ancient nemesis named X-Death is interfering with the crystals to break the seal that’s imprisoning him.  He must be stopped at all costs.  I could go on, but I don’t want to reveal any spoilers.

The party will be doing a lot of traveling via walking, chocobo, dragon, submarine, boat, or an airship.  Cid, a Final Fantasy recurring character, helps the party along by modifying their ship to fly and go under water.  Many hidden enemies will attack on land and in the sea.  Riding a dragon, chocobo, or an airship will spare your party from being attacked.

Strong Points: The job class system is awesome and greatly improved from FF3.
Weak Points: While the game and story is fun, the plot is forgettable.
Moral Warnings: Battles and magic use are a given.  Some of the female enemies can use more modesty and clothes in general.

When in battle, you have the choice of attacking, using magic, using an item, equipping an item, or fleeing.  If you win the battle you will get some money (GP), experience, and occasionally some loot.  After you gain enough experience you will level up and your attributes will increase automatically.

There are two kinds of experience points earned in each battle.  There’s character experience and ability points.  Each job has several levels and when a job is mastered you can carry that ability into another job.  So do you want to be a samurai knight?  No problem!  A dancer that can cast white, black, blue, or time magic?  Sure thing!  Want to summon creatures to fight alongside you and sing your enemies to sleep?  You can do that too!  The best part is that you can switch jobs any time you like and there is no penalty or cool down period that Final Fantasy 3 had.  The job system makes Final Fantasy V awesome!

Like its predecessors, there’s lots of hidden items and power ups scattered across the planet.  One of the optional (and timed!) quests is to fight a boss to unlock the Mime job.  The mime class lets you mimic your companion’s moves at no cost.  So let’s say your summoner uses behemoth and lashes out 5,000 damage to the enemy; now you can too without being a summoner, and better yet it doesn't cost any magic points to do so!

While the mime class is cool, there are some other noteworthy jobs as well.  Chemists can mix items and potions to make stronger or new potions.  I used a chemist to prevent the last boss from taking his final form; this made beating the game so much easier!  Dancers can lure the enemies to your side temporarily or do some good damage with their sword dance.  Trainers can capture and use enemies for later battles (Gotta catch them all!).  Blue mages can learn enemy magic when it's used on them.  One handy spell to learn is guardian from the elusive sting ray. Red mages can cast both white and black magic spells and if that's not useful enough, you'll learn dual cast if you master the job.  Time mages can cast spells to speed up your party and slow down the enemy's attack rate.  Summoners can call upon boss-class monsters to fight alongside your party in battle.   The catch is that you have to defeat them first to prove you're worthy of their allegiance.

The summons along with other magical spells add some eye candy to the battles.  Many of the enemies and summons are the same from previous titles.  Of course the bosses are unique and there are some new enemies as well.  Sadly, some of the female enemies are lacking in the modesty department as they tend to do battle naked with hair covering vital areas.  Another thing worth noting is that a character in the game cross dresses to portray herself as a man.

The translation is a mixed bag in the PlayStation version of the game.  When a battle is won, the players say “Yessssss!” afterwards.  I didn’t mind that, but it may rub some purists wrong.  In Japan the main character’s name is Butz (I can see why they changed his name for us).  In all but this version of the game, the princess was named Lenna instead of Reina.  I’m not sure why they changed that.  The PlayStation version has its share of bugs as well.  Since I played this game on my PSP, I frequently experienced a glitch that would distort my screen trying to save my progress.  This is supposedly fixed in the Greatest Hits re-release.   Since I don’t like re-purchasing my games, I can’t verify if it has been corrected or not.

I am happy to report that the music is still solid in this title.  Nobou Uematsu, the same composer of all of the previous games hasn’t lost his touch here.  The chocobo’s mambo theme is peppy and the intro music is pleasant to listen too as well.  The battle music is intense, especially Gilgamesh’s battle song which is sure to get your adrenaline pumping.  There are so many wonderful songs in this series and V has its share of gems as well.

With the good music, fun job system, and solid game mechanics, Final Fantasy V is a great addition to the series.  Even though the story isn’t as good as its predecessor, it’s still enjoyable.  With an asking price of $9.99 on the PlayStation Store, it’s well worth the purchase.  My only complaint is that some of the enemy sprites are a bit sexualized.