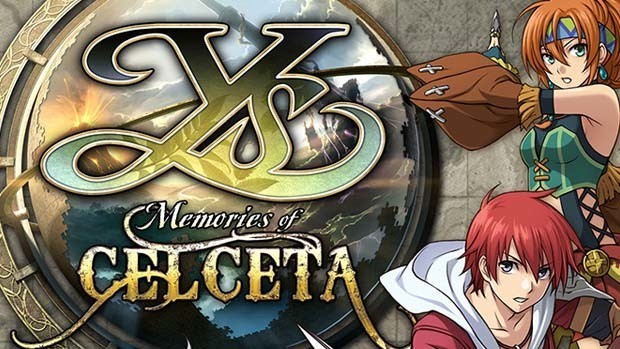 Ys: Memories of Celceta on PS4 is a re-release of 2013’s PS Vita release, now available on PS4 with quite the graphical upgrade – and not just resolution. This game is a replacement for several others made by different developers called Ys IV. There were two games back from the SNES and TurboGrafx-16 days, titled 'Ys IV: Mask of the Sun' and 'Ys IV: The Dawn of Ys' that claimed that title, and there was a PlayStation 2 era remake called 'Ys IV: Mask of the Sun ~a new theory~'. None of these releases were made by Falcom, and none of them made it out of Japan. Now we are given both a remake and a sequel – Ys: Memories of Celceta. To emphasize that this is really a new game set in the setting of Ys IV, they decided to drop the 'IV' part of the name.

The main protagonist of the Ys series is a young adventurer named Adol Christin. He stumbles into the frontier city of Casnan, completely devoid of his memories, or even his identity. Duren takes him under his wing to help him get his memories back. Governor General Griselda of the Romun army enlists your help to map out the mysterious Great Forest, and Duren comes along for the ride, along with other friends you pick up along the way.

What starts out as a simple cartography job becomes much more as you begin to discover not only the source of Adol's forgetfulness, but in somewhat typical JRPG style, become entwined in a plot that ends up balancing the fate of the world on your success. Despite the somewhat commonplace plot these days, what with the fate of the world relying on an amnesiac young adult (Adol is 18 in this game), it is still a fun ride with some interesting twists and turns, which all brings about more of what Ys does best: Combat.

Ys games all have real-time combat, where the player controls Adol or another character, where you proceed to pound to a pulp all of the bad guys. This game is no exception, and it works really well. You are rarely alone, usually with Duren, and later on, up to four other people in your party, each with a slightly different feel and move set. Three characters can be active on screen at once, with you controlling one of them, and you can switch between them with just one button press. A competent AI controls the other two, but the active character does much more damage than they do, so you can't just expect the AI to win every battle for you. 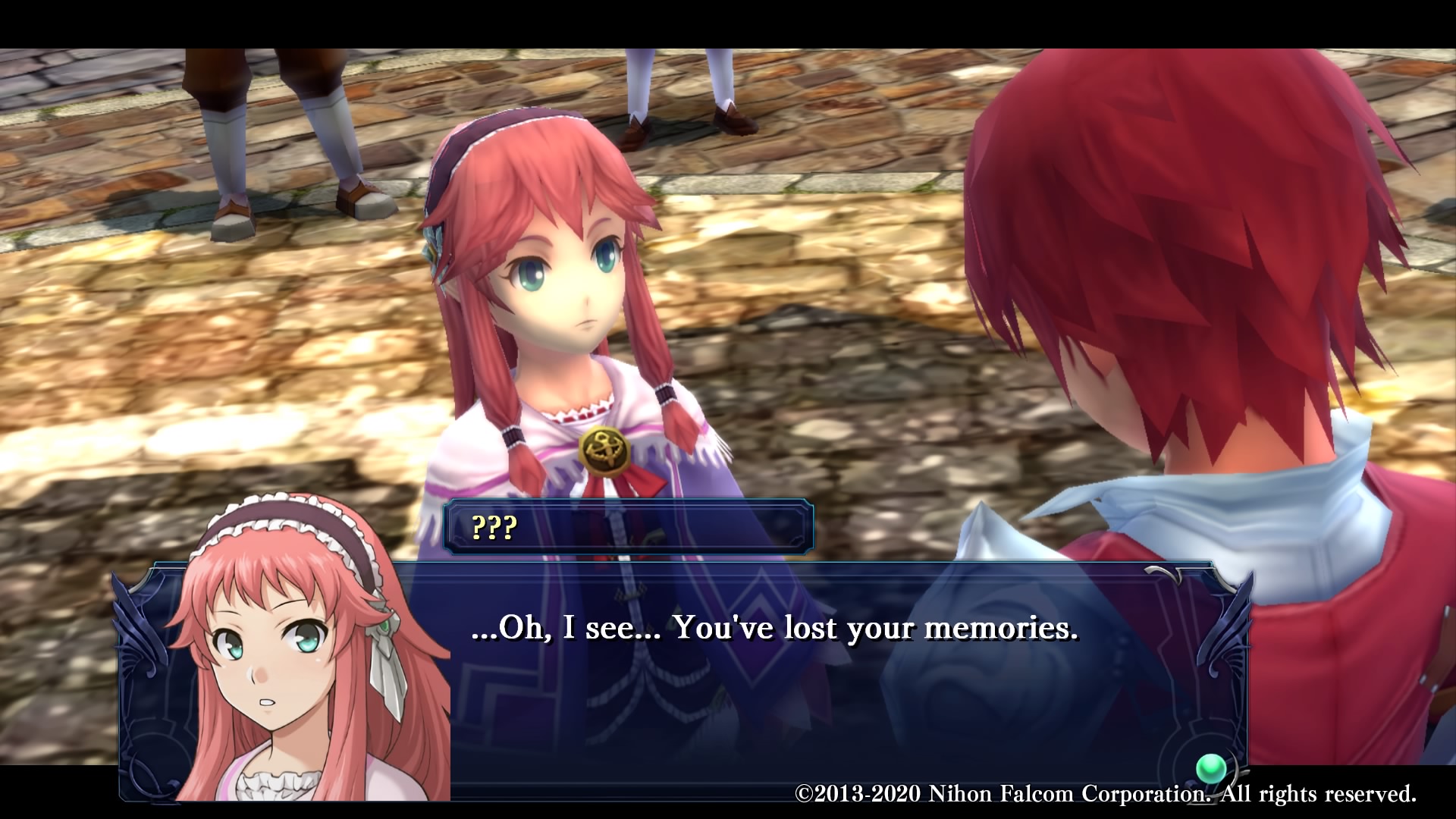 You control your character's movements with the D-pad or left analog stick, and the right buttons are mashed to perform attacks, quickly dodge opponent's strikes, guard/block enemies, or switch characters. You can also perform skills with a button combo and perform a powerful Extra attack with the triangle button by default. Most gamepad functions can be customized. The controls for the PS4 were extremely smooth; the biggest issue I found with them was the mapping of the buttons, the way it is set up by default makes it easy to accidentally swap out characters when you are trying to do a special attack. The buttons can be remapped to a different combination, except for the R2 and L2 buttons. It looks like they kept the current button layout for the PS Vita and just gave the 2 extra buttons functions that cannot be remapped.

Both skills and Extra attacks require filling meters up before executing. Attack combos, and killing blows help fill the SP (skill point) meter, and successful skill attacks and killing blows slowly fill up the Extra meter. Mixing and matching attacks feels remarkably skillful and fluid despite seeming simple at first. And mixing and matching skills can be fun as well, since the right skill can really turn the tide in a battle. The SP meter fills up fairly quickly, making battle a very dynamic affair.

On top of simple attacks and combos, skills and Extra attacks, each character has a different type of attack that they perform. Adol and Frieda use slash attacks, Duren and Calilica strike enemies, and Karna and Ozma use piercing attacks. Some monsters are weak against certain types of damage, and strong against all others. This encourages you to switch between characters often as a means of dealing with them.

Another layer of depth in dealing with enemies is your party makeup. If you have one character from each attack type, you get a party bonus: rare item drop rate up. This helps you get those items that you can sell, or craft with (more on that later). If you have two of the same attack type in your party, your bonus is to do increased damage, which can help a lot when trying to compensate for weaknesses, or fighting powerful bosses. This way your party can be filled with whatever characters you like best, despite the tradeoffs.

While adventuring through the Great Forest, plants, rocks, and enemies drop items which can be sold directly for money, or used for crafting. In each town there are blacksmiths, accessory makers, and others who can use those dropped items in a few different ways. You can exchange lesser items for greater in some cases. In others, you can refine minerals into more potent, useful, and expensive versions. You can also reinforce your weapons and armor to make them more powerful. A fully reinforced item is much more potent than a base item – it has a chance to freeze enemies, poison them, catch them on fire, paralyze them, all while healing you at the same time. If that wasn't enough, you can also do similar reinforcing to your armor, making them quite potent. And, to top it all off, you can apply some upgrades from less powerful armor pieces directly to newer armors, sacrificing the lower armor in the process. While not immediately obvious, this can be quite a money saving measure.

Your characters also gain experience when defeating enemies, and you gain levels in the usual manner. Anyone not in your active party also gains experience, so they should still be usably powerful if you don't use one of them for a while. The maximum character level is 60. Your skills also gain levels for use, up to a maximum level of 3, though I found the acquisition of skills to be somewhat random, and their leveling to take quite a long time. I am sure the game has a good set of rules on what conditions are necessary to gain new skills, but it did not seem obvious to this player. Skills are leveled by the number of uses, but the required usage counts are quite ridiculous – over three hundred uses to gain a level seems a bit much.

Despite this, I found roaming around the map, exploring new areas, gaining new artifacts, crawling dungeons, and fighting monstrous bosses in the large, 3D rendered, isometric world immensely satisfying. While there were a few times that I wished I could rotate the map despite the fixed camera, at least you can zoom in and out easily enough. The graphics are pretty good, and given that the PS Vita is the source device, the PS4 version does a great job of making it look as good as possible without substantially upgraded art. Thankfully, some of the textures have been improved, but the PC version has benefits like a customizable resolution and frame rate. Which one is better is down to preference, but this PS4 version is certainly the best available for console players. The lighting is also different between the three versions. One of the big upgrades on the PS4 version is that the 2D elements, like the menus, were given higher-quality art. 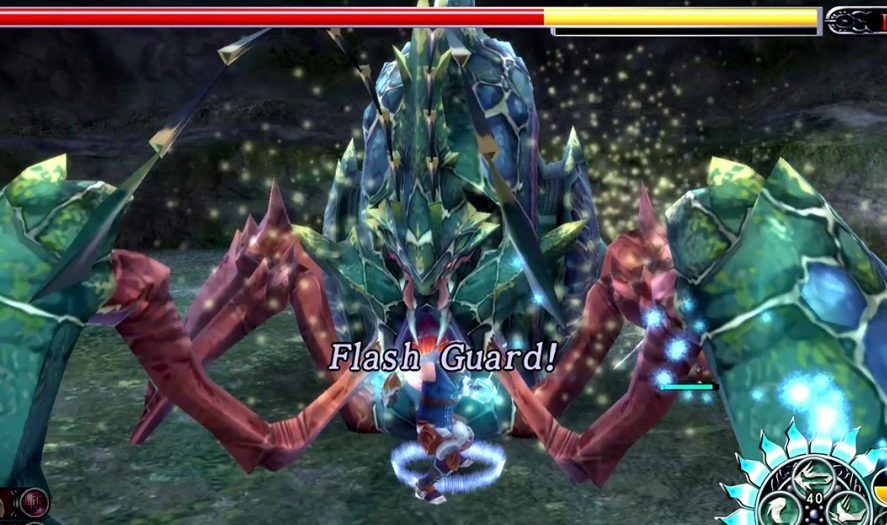 I did find two issues that I ran into, but they could have been because of my PS4 being one that has been around since the system launched. The first was during a cut scene; the characters and text moved really slowly. I assume it was because they were standing in front of a torch and the game had zoomed in on the characters. The second was after I had put the game into sleep mode and came back, when I started the game again one of the characters was missing their head but the game itself was working with no issues. A quick save and reboot and the character's head returned and no one seemed to have noticed. Again, whether that is because of the rather old PS4 or some other reason, it's uncertain.

While the graphics are good, the music is downright fantastic. Falcom and the Ys series is well known for their hard rock musical themes, and this game certainly does not disappoint. I very much enjoyed even the less interesting themes, and the later areas really have rocking soundtracks. The sound effects are just fine, and the voice acting is well done. Not every word is acted, but enough of it is that you know how they would sound. Of course, like many classic heroes born of an older era, Adol is silent, though you do get to hear his grunts and such in combat.

The game, for the most part, is hack and slash fun, but there is some content to consider. There is the expected violence. Enemies die in a way that did not seem gory to me; they pretty much fall over and disappear. Minor curse words like 'a*s', 'd*mn', and 'h*ll' are present. Exposed belly buttons and cleavage is there as well. It's not a constant barrage, but it's there. Some of the conversation arcs can be a bit risque. For example, a few ladies in the bar speak of giving you a good time. One of them turns out to be a comedic moment (where the end result is not what is implied), and in another case you can choose to imply you have already taken a girl as your bride to her father (embarrassment and backpedaling ensues, it was a joke).

Several bar characters throughout the game speak of how wonderful it is to be drunk, or have a buzz. One character says that they could not live life without alcohol. Another guy drank too much because he wanted to impress a girl. Considering the many references to alcohol in this game, I am very surprised the ESRB missed that entirely in their warnings. At least the player characters stay clean for the most part. On the plus side, Adol is chided for being almost too helpful – he offers his help even when it would be much easier not to, and Duren gives him a hard time about it.

For the more mature gamer, I find that there is a whole lot to like about Ys: Memories of Celceta. The graphics are fun, the sound is fantastic, and the story is compelling. And it's just a blast to play. It's also really helps that the PS4 version is a fantastic port, made by Falcom themselves, rather than a porting company like the PC version was. If you like action RPGs, and if the appropriateness issues are manageable for you, I highly recommend you check this game out. And we have yet another way to play this great game.