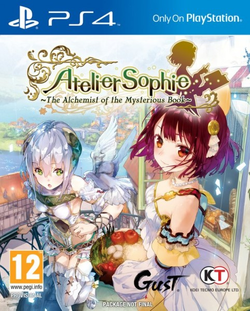 Thank you Koei Tecmo for sending us a review copy for this game.

Atelier Sophie: The Alchemist of the Mysterious Book (Atelier Sophie for short) is the first in a new series called " Mysterious" by Gust developer. The Atelier series has had numerous games and will continue into the future. There is a quiet but diehard fan base. Even though I never played the series before, I always had a longing desire to experience this incredible series of games.

Atelier Sophie invites you to play as a young alchemist named Sophie. She inherits her grandmothers' home, books, alchemy cauldron, and the alchemy gift. Sophie dreams of being a great alchemist like her grandmother. She is intelligent, charming, cute, and a little clumsy. She tries her best but never succeeds until she discovers a book of her grandmothers'. As she picks it up it comes alive and starts talking to her. She is shocked, scared, and of course surprised. Sophie quickly realizes that the book is very friendly and has a female voice. The book introduces itself to Sophie and tells her that she is named "Plachta."

Plachta has lost nearly all her memory and needs Sophie to help her remember her past by discovering alchemy items and then creating other alchemy items from them. So begins the journey of helping Plachta and also following in her grandmothers' footsteps in becoming a great alchemist. Sophie heads out and comes across friends who are willing to help her on this journey. Her main companions are Monika, Oskar, Julio, and Corneria. There are many other characters that will help Sophie along her journey to becoming a great alchemist. 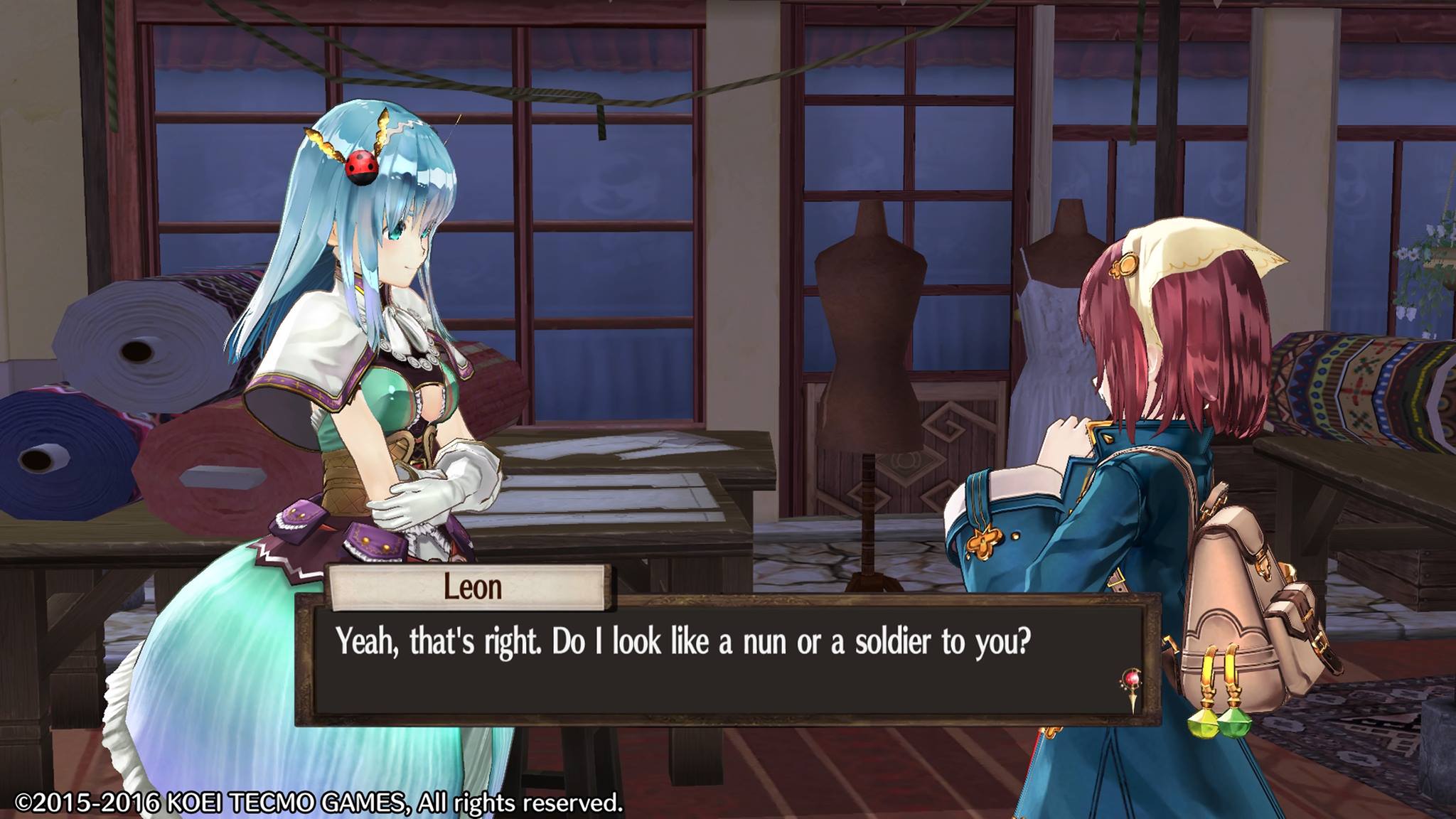 Strong Points: The game has adorable characters, enemies, and beautiful environments. The crafting and exploring keep you coming back for more.
Weak Points: It would be nice if your characters' clothing would change more and more weapons were available for each character. There is only one town to explore and meet NPCs in, I wish there were more towns to visit and shops to buy items and equipment from.
Moral Warnings: The game is very clean except for a couple minor swear words, slightly revealing clothing, and monsters that very young children could be scared of. Attacking enemies only shows a light or spark of lights when the characters attacks them.

Atelier Sophie is basically a resource gathering game at its roots. You adventure to different areas, defeat the monsters in the area, and collect resources that are glowing on the ground. You do this for each area you go to until your inventory is full and then you want to exit the region, travel back to your house and unload the items into a very large storage area in your home. Sophie can activate her cauldron and mix these items to create a certain item, for example a bomb or a healing item.

The process of going to other areas, fighting a variety of enemies, and collecting items is actually quite fun and addictive. In the beginning you have a town that is broken up into several areas that you explore and meet townsfolk, merchants, and party members. As you talk to the merchants you can buy, sell or even craft a variety of items. As the game goes along more merchants open up new shops so you can buy, sell, or craft new items.

Atelier Sophie really emphasizes the importance of talking to all townsfolks and merchants. The reason why is that it gives you more story behind the NPCs and also allows more of your story to develop. Many of the merchants and party members will come to Sophie's home to see her alchemy skill and also ask for help. The first time they visit Sophie they usually are shocked to meet Plachta. Of course who wouldn't be shocked to meet a floating talking book?

Atelier Sophie has a overview map when you leave an area. Initially you just have the town, Sophie's home, and a couple nearby areas to explore, but as time goes by more and more areas open up. The map can be very useful because you can see what type of enemies and resources are in each area as you move the cursor over them. I found this a time saver when I needed to defeat a certain type of enemy or if I needed a certain type of ingredient for an item I was trying to create. 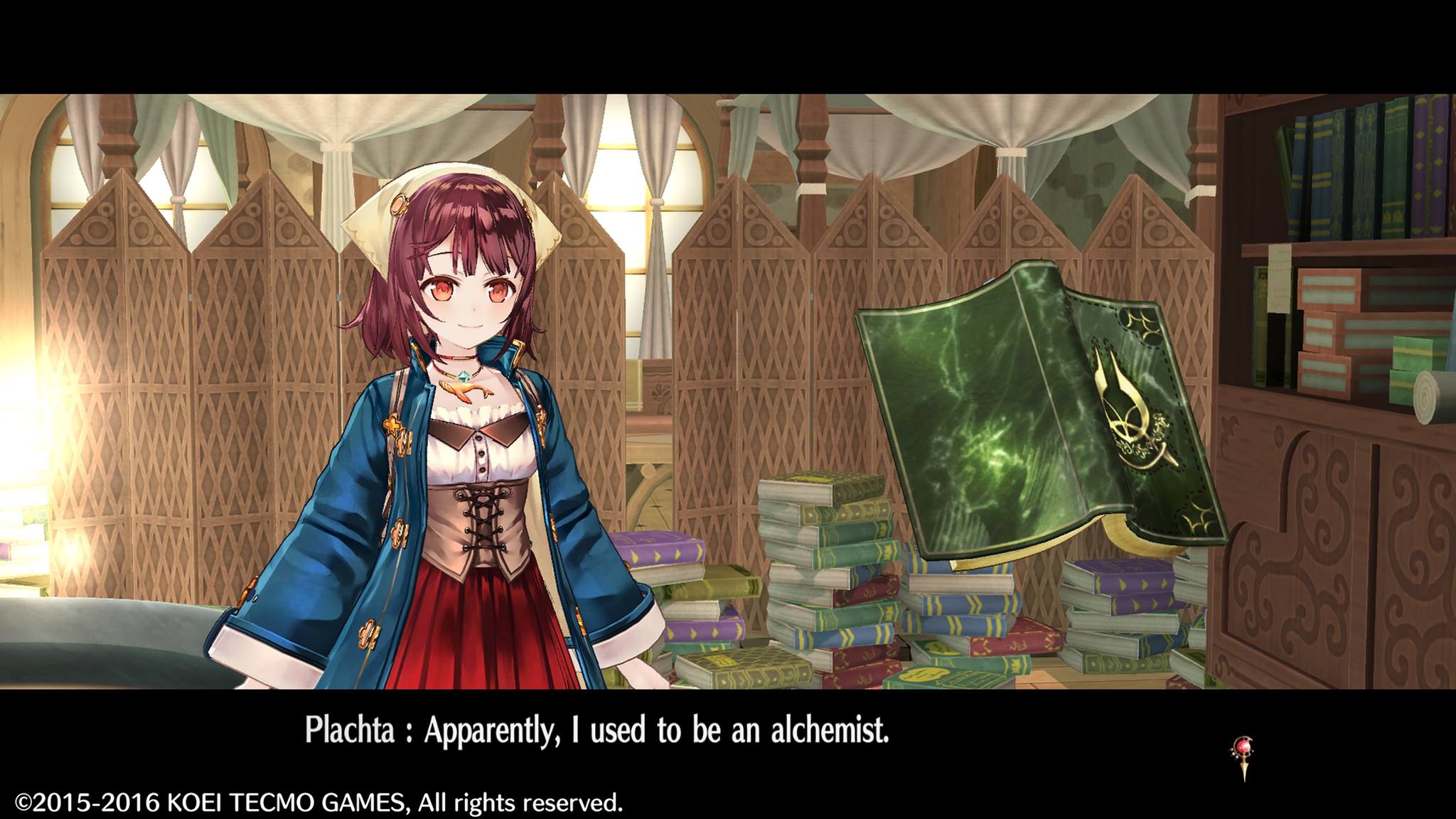 The combat system is classic turn based. Depending on your character's speed level and the enemy's speed level you determine who goes first. Before you begin each turn you can decide to either have a "Defense" or "Offense" posture. This helped in either taking less damage from the enemy or dealing more damage to the enemy. You also decide if you want a standard attack, defend, run away, use an item, or use a special ability. The items are created by Sophie for herself or for her party members. The special abilities take up magic points and can be used on the enemy or to help a party member.

Atelier Sophie has some beautiful graphics, sound, music, and cute animations. It's not on the level of Horizon Zero Dawn or Nioh on the PS4 in the departments I mentioned above, but it doesn't need to be. Everything runs smoothly with no hiccups while exploring the world or the town. As you go from the map to the next area there is a very short loading screen and then you're there. I enjoyed the voice work and there is quite a bit. All the main characters have voice work and it is well done. The music brings a smile every time I hear it. The animations are very solid and well done for a game of this type.

The only negatives I see is that you have a small amount of inventory which causes you to keep going back to Sophie's home to unload and then go back out for more resource gathering. I didn't notice any blatant vulgar language or using the Lord's name in vain. Parents won't have to worry about their teens playing a game with blood or gore. On a surprising note the town you're in has a Church and they do talk about God from time to time when you go in there and talk to kids or the priest, or a NPC that you interact with. I also appreciated that Monika, one of your main side characters, tells Sophie she needs to go to Church every week and don't forget. I was happily surprised by this from a game developer.

In conclusion Atelier Sophie is a very long and enjoyable game. I have heard of people who have well over a hundred hours into it. There is so much to do that this game could be a major time sink if you explore and learn all the alchemy creations. I enjoyed the many hours I played with it. I'm actually looking forward to playing it more over the course of a long period of time. It just keeps calling me back with its cute and adorable characters and the charm of the areas you explore. Lastly, Plachta is just a wonderful character to get to know in a video game, and I will keep doing more in this game to find out how Sophie and Plachta bring back Plachta to what she was before she was turned into a magical flying book with amnesia.